It was a crappy cloudy day but I shot what I could.  I pulled over and waited for a few rays of sun.  I took a nap when things looked really bad.  So, pardon the blah backgrounds and lack of sun-reflecting panels.

Let’s start in Belzoni — “SHOP” is probably original but “Thrift” most likely not.  Gorgeous shape: 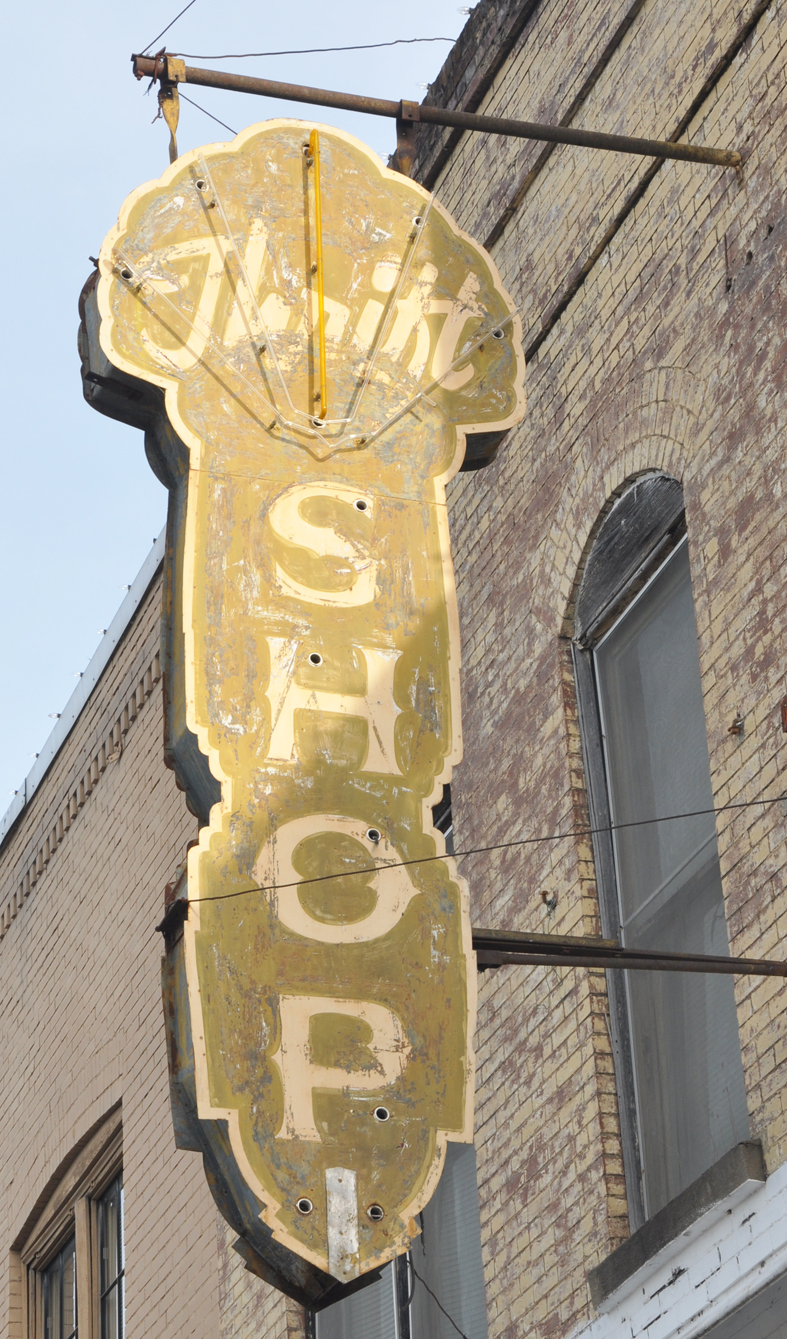 Some cuteness from Belzoni (Catfish Capitol of the World) with a couple of examples of their Catfish on Parade art project.  In front of the firehouse:

From Greenville.  The streamline building was blocked by a big parked tractor trailer but I got the nice letters on the corner:

More from Greenville.  The building for this shoe store is gone now but this terrazzo entrance apron remains:

Check out the grayness behind this Riverbelle Lanes/Gray’s Lanes sign.  Yeah, that was coming my way:

Moving on to Greenwood.  This sign went up sometime after 2013.  The sign that was there before that had a more boring, vertical shape:
https://www.flickr.com/photos/bradkatie/466786678/

According to one article, the sign has “been in family since the 1930s”.  But this is obviously a recent replica-looking sign.  So, I assume there was a sign like this originally at this location.  And maybe the “family” has the original somewhere? 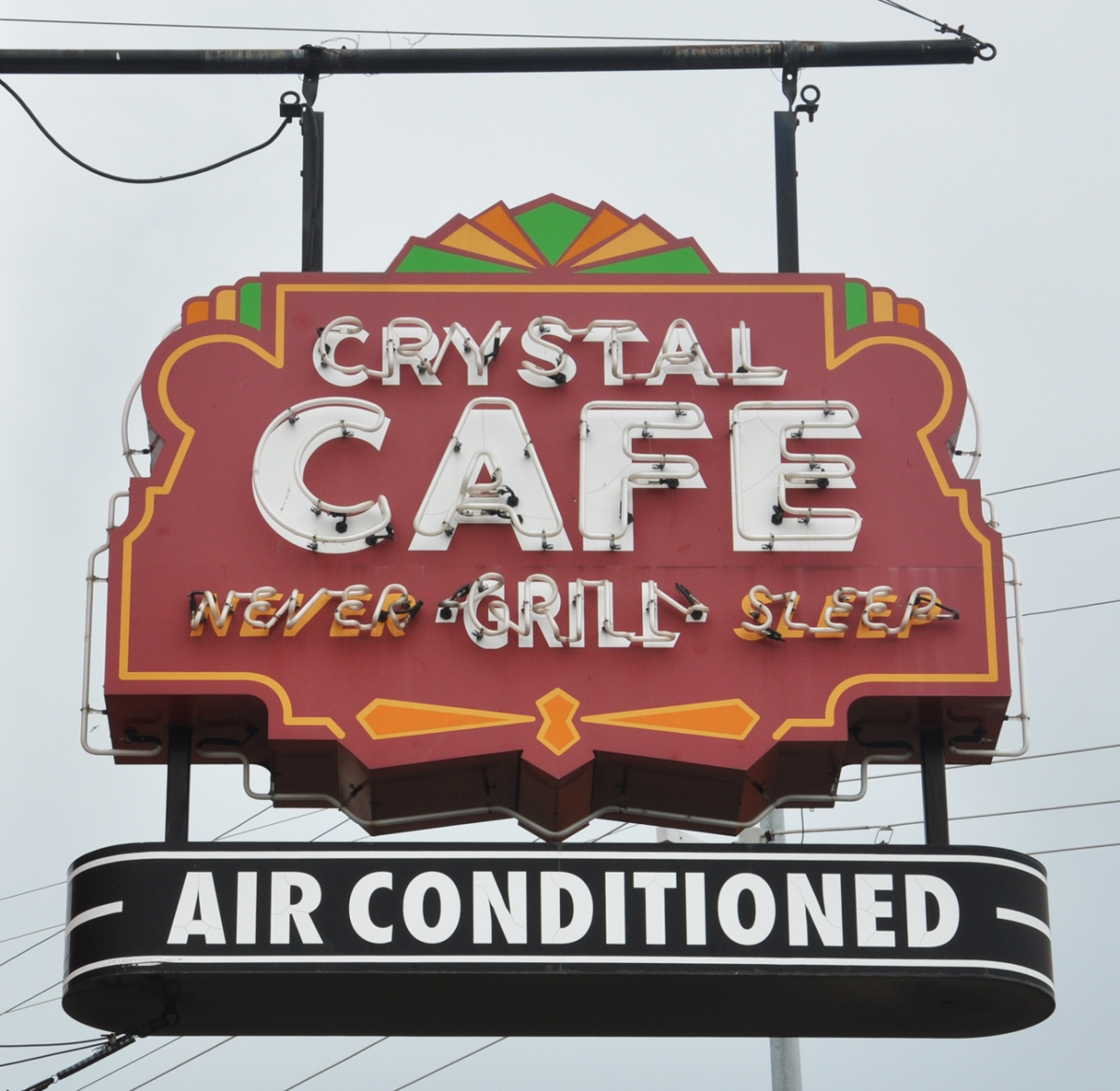 Also in Greenwood.  I don’t understand the vertical neon tubing over “Collins.”  There are tubing holes that would have made for bends for each letter originally.  I guess someone went cheap & simple at some point just to get some light on the sign.  I love the two hand-painted shoes on the lower panel:

One more from Greenwood. I don’t normally include ghost signs but this one is nice with Coca-Cola’s “Sprite Boy” peeking from behind a Coke bottle.  I hope the city never repaints this one which is the current awful trend.  I don’t know if that “5/56” on the lower right is an indicator of when this was originally painted.

This sign is installed in the parking lot at the Pizza Inn in Winona.  I don’t know if this gas company was originally on this property of the owner is just displaying the sign there and it was installed somewhere else previously: 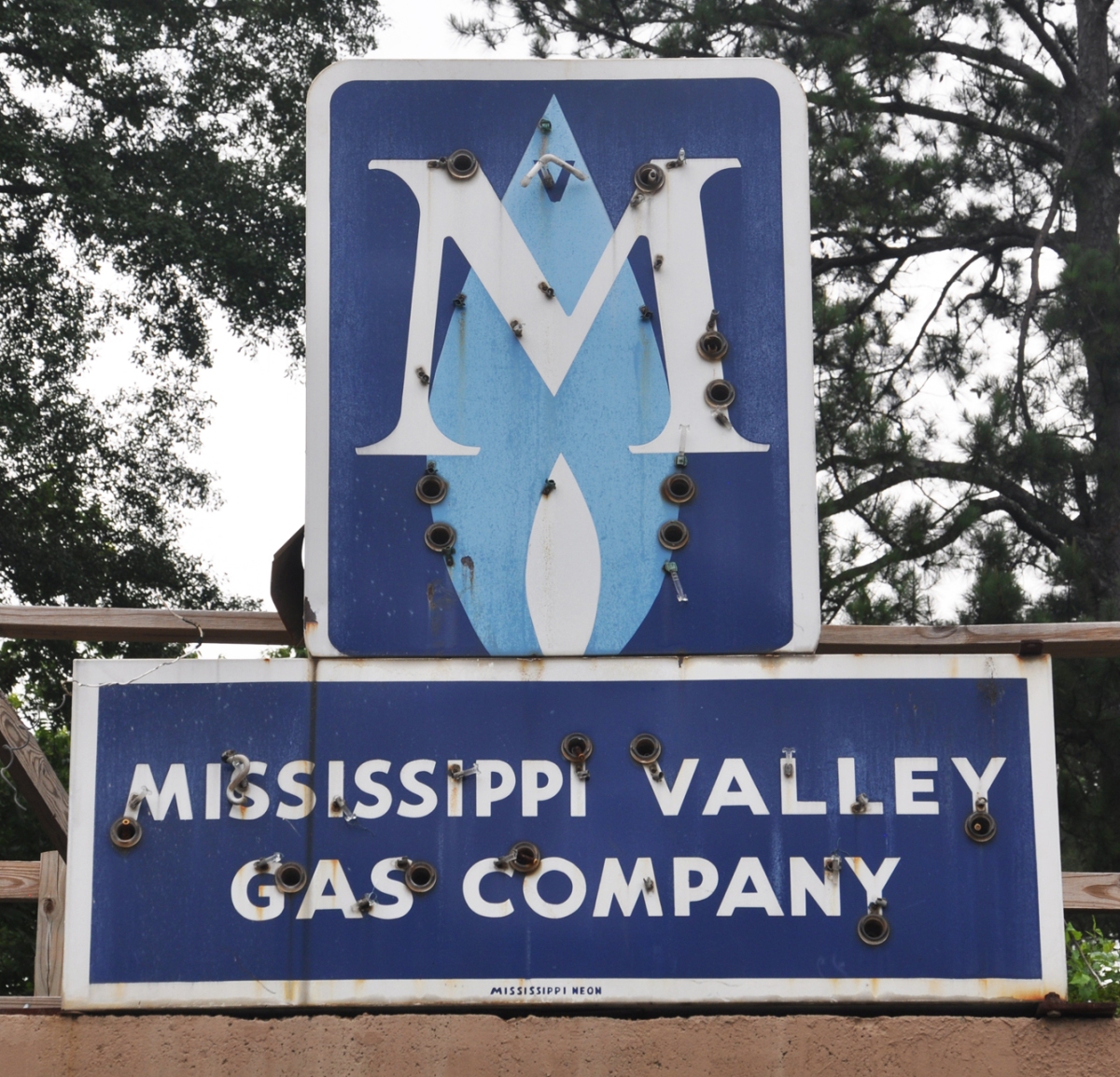 I’m off to post the entire day’s worth of dreary photos at my website.  If you haven’t been over to my Flickr account lately, there are more signs from today and earlier in this trip:
https://www.flickr.com/photos/agilitynut/