I took more than 200 photos this day.  When I shoot signs, most of the time, it’s just one shot and go.  Buildings and statues usually two or three and go.  So, no, I never park or turn the engine off.  I’m literally at the “thing” I’m shooting no more than a minute.  Seriously.  Anyway — a whole bunch of photos to share — and since my blog audience is mostly sign lovers, I’ll stick with that.

A grey morning but it didn’t last.  No amount of sign would help this sign.  The panels were refaced around 2013 or so.  There was originally a clock where the magnolia is.  And it used to read “mortuary.”  I guess “funeral home” is a little less harsh.  This Flickr photo shows how rough it was in 2008 before the “restoration”:
https://www.flickr.com/photos/anthonyturducken/2575382041 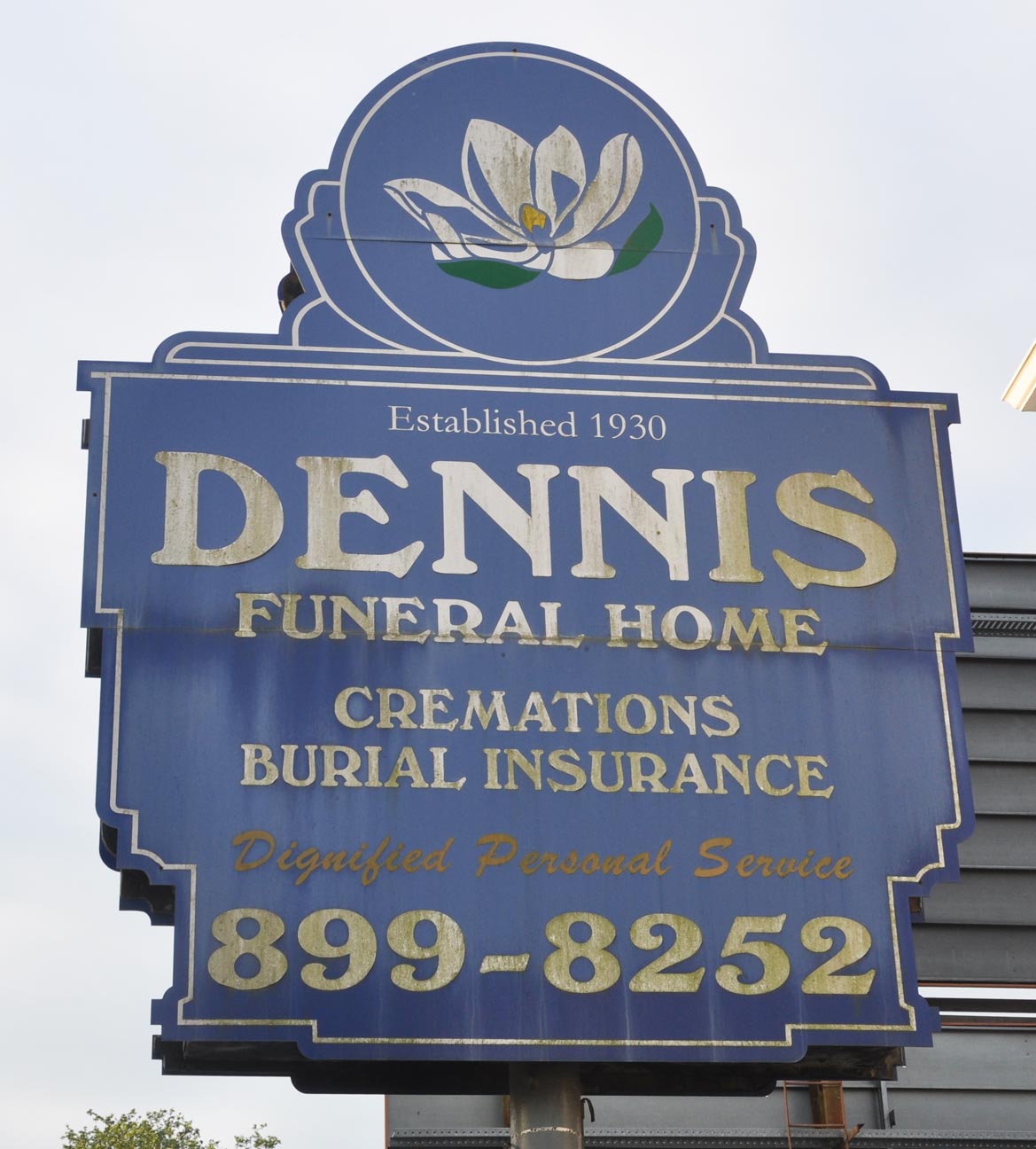 This little sign is on the side of a parking garage which was probably a good location at one time.  The shop has been gone for years though:

This one must have been nice with neon and before the porcelain was painted over.  Still pretty in sunlight now though: 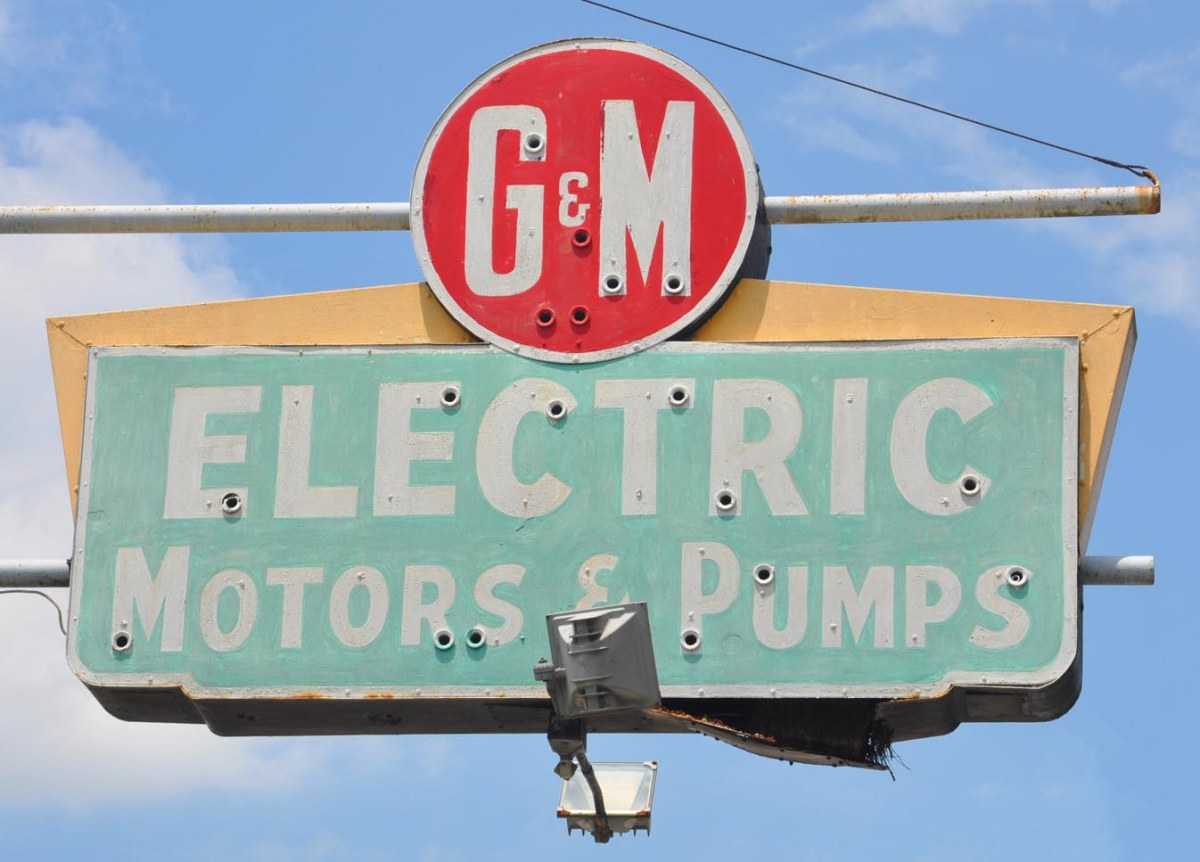 I usually don’t include ghost signs but this one is pretty nice and it’s getting rarer to find ones that haven’t been fussed with and ruined by repainting: 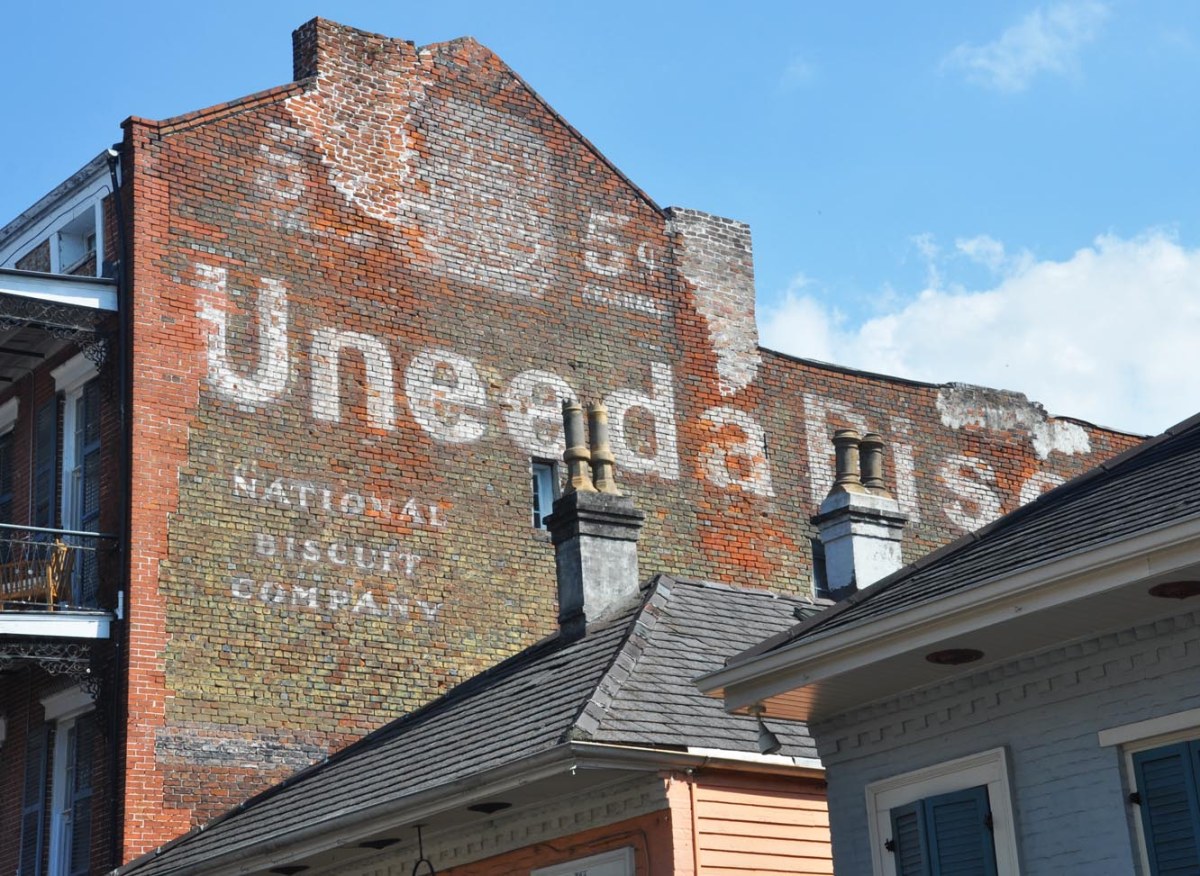 Once a department store and now lofts.  Since the name remains the same, there’s hope that the sign might be restored one day:

Painted over but still fairly pretty.  I can’t make out the middle.  The top looks like “Westside” and the bottom is “Improvement”: 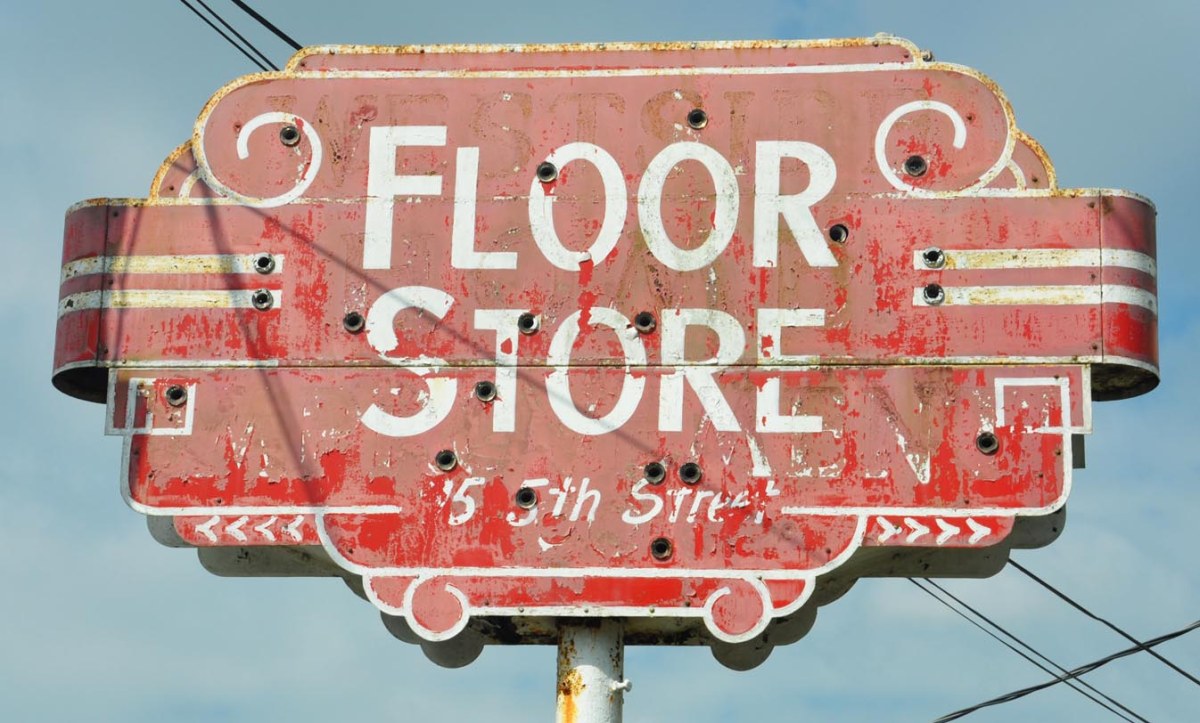 I’m pretty sure this one is a modern sign: 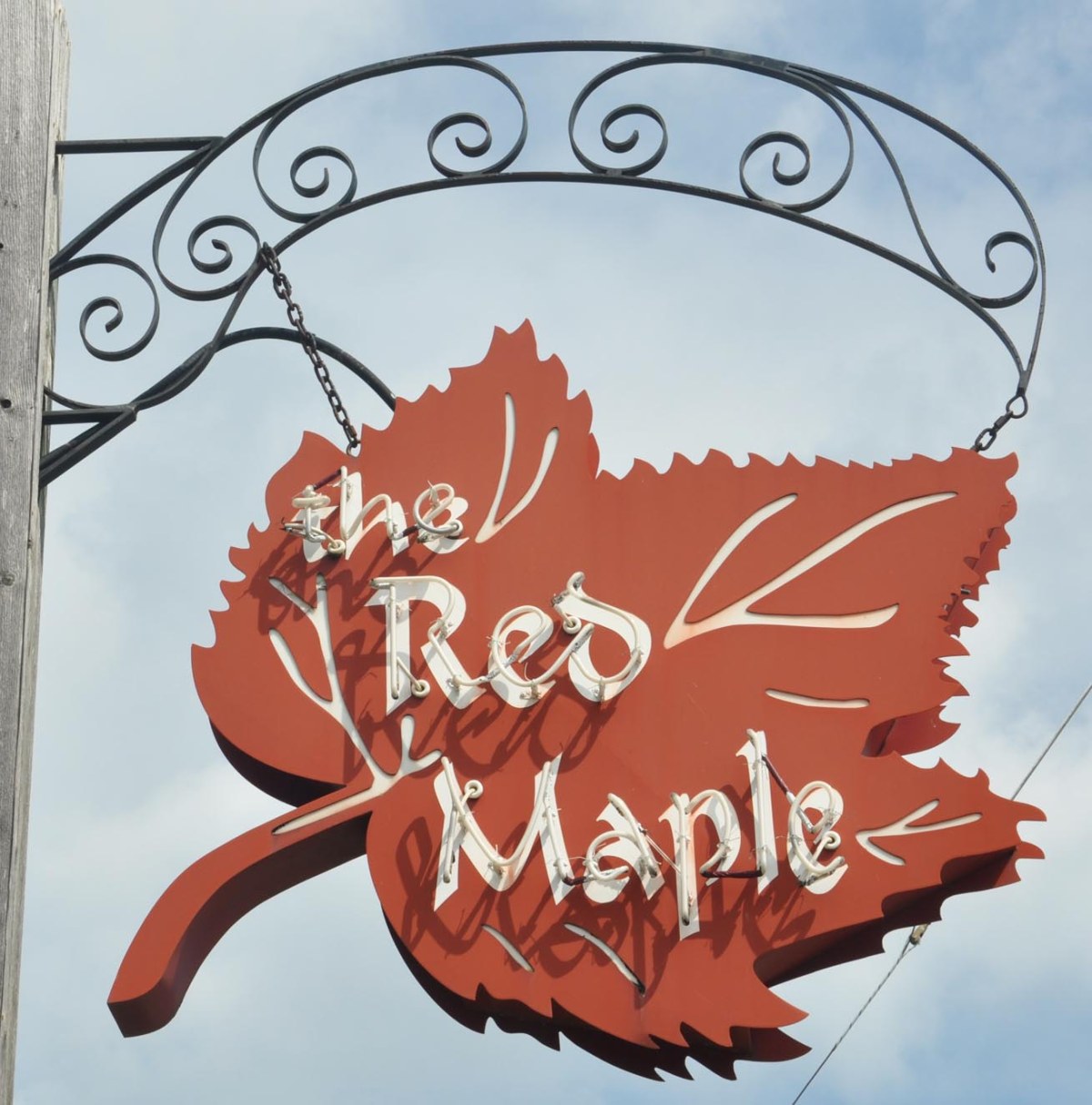 Some bad repainting here of the top and bottom panels which were probably porcelain originally.  The bottom read “Car Parts” but I think there’s other text under that:

Pretty little swirls.  I think this porcelain could be buffed and improved.  But it looks pretty baked and rusty.  These signs don’t need much love but this one’s probably 70 years old and if it gotten a little spritz and rub every 10 years, it would probably be in perfect shape right now: 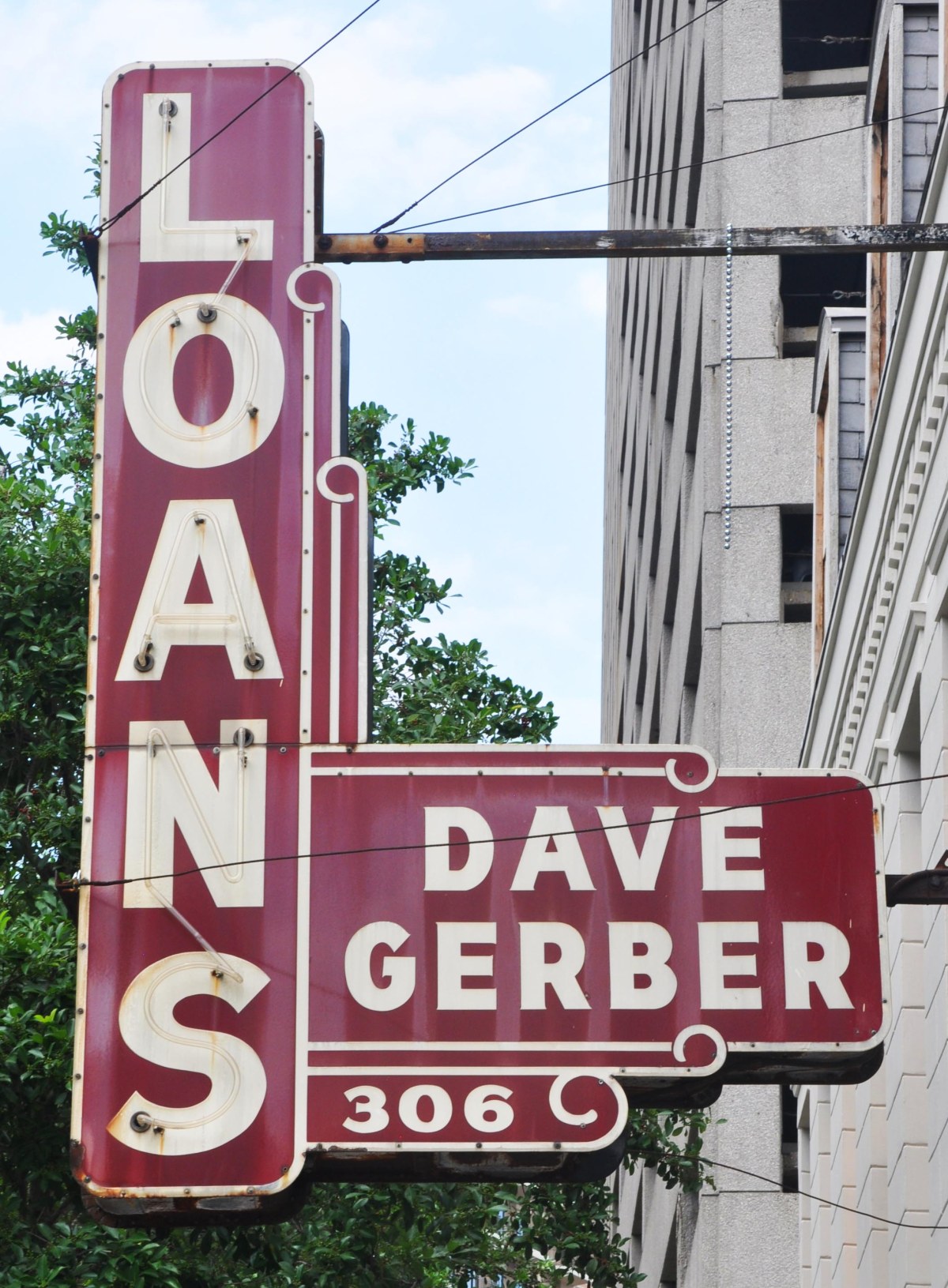 I think this is a modern sign.  But it might be an adapted oldie.  Yes, the plexi is irritating but I suspect it’s there for a reason (kids + rocks = $): 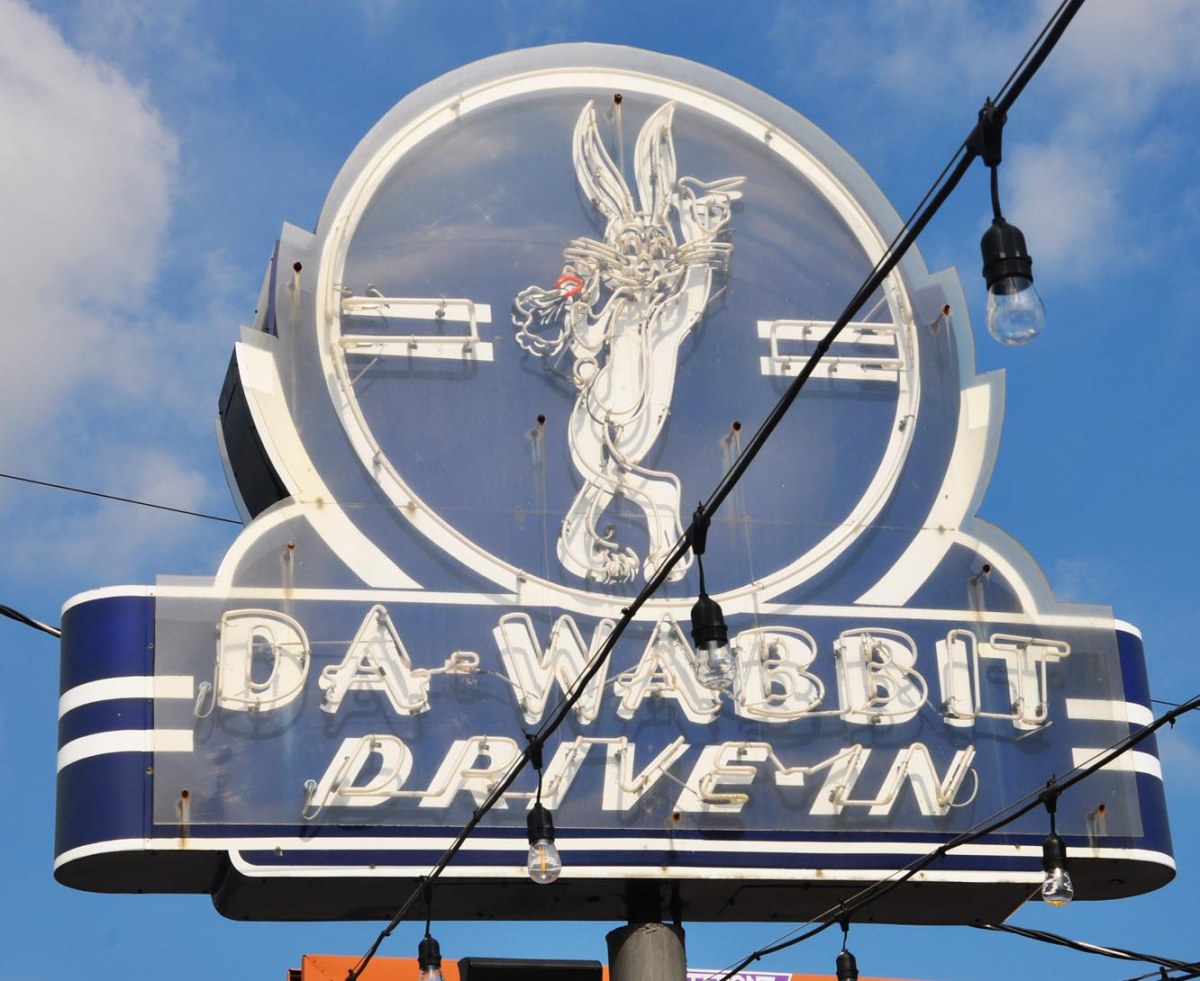 This looks like a new build – maybe built in the shape/style of a sign that hung there previously : 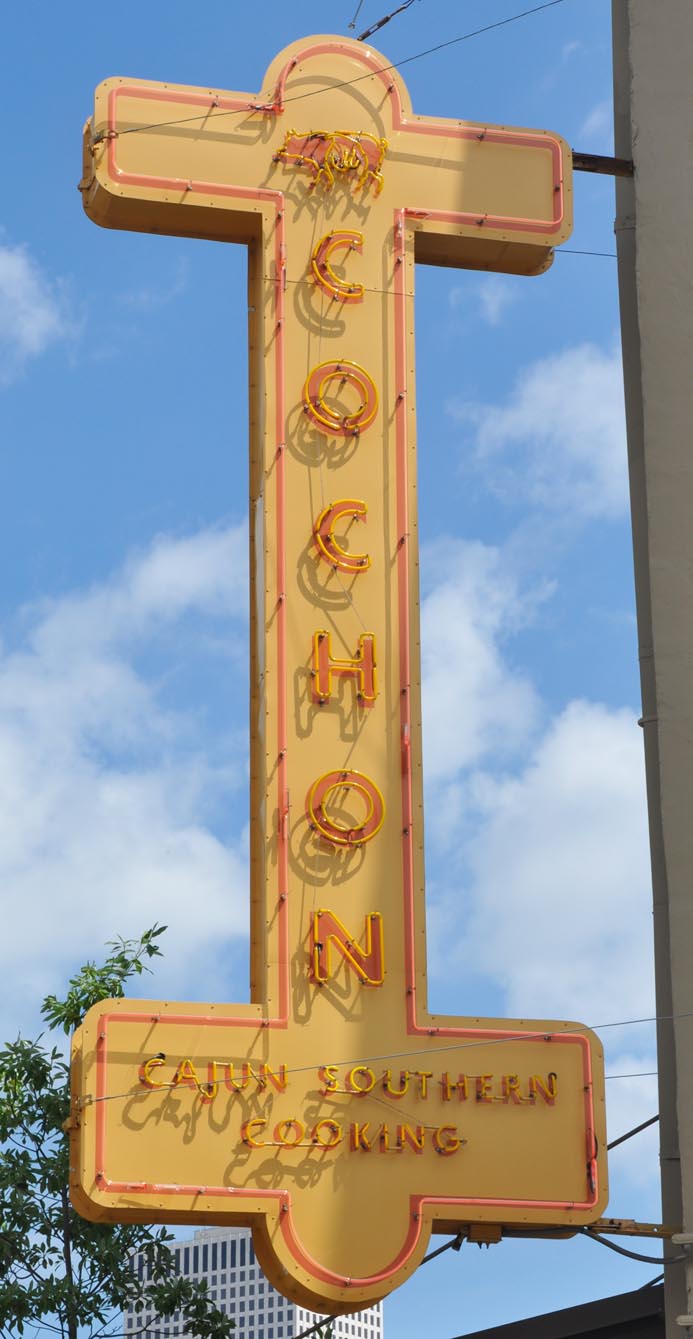 This one is definitely a new sign but those fishies are sure fun.  I’m assuming they are animated or were originally.

Last one for now — at the Masonic Temple in Slidell. 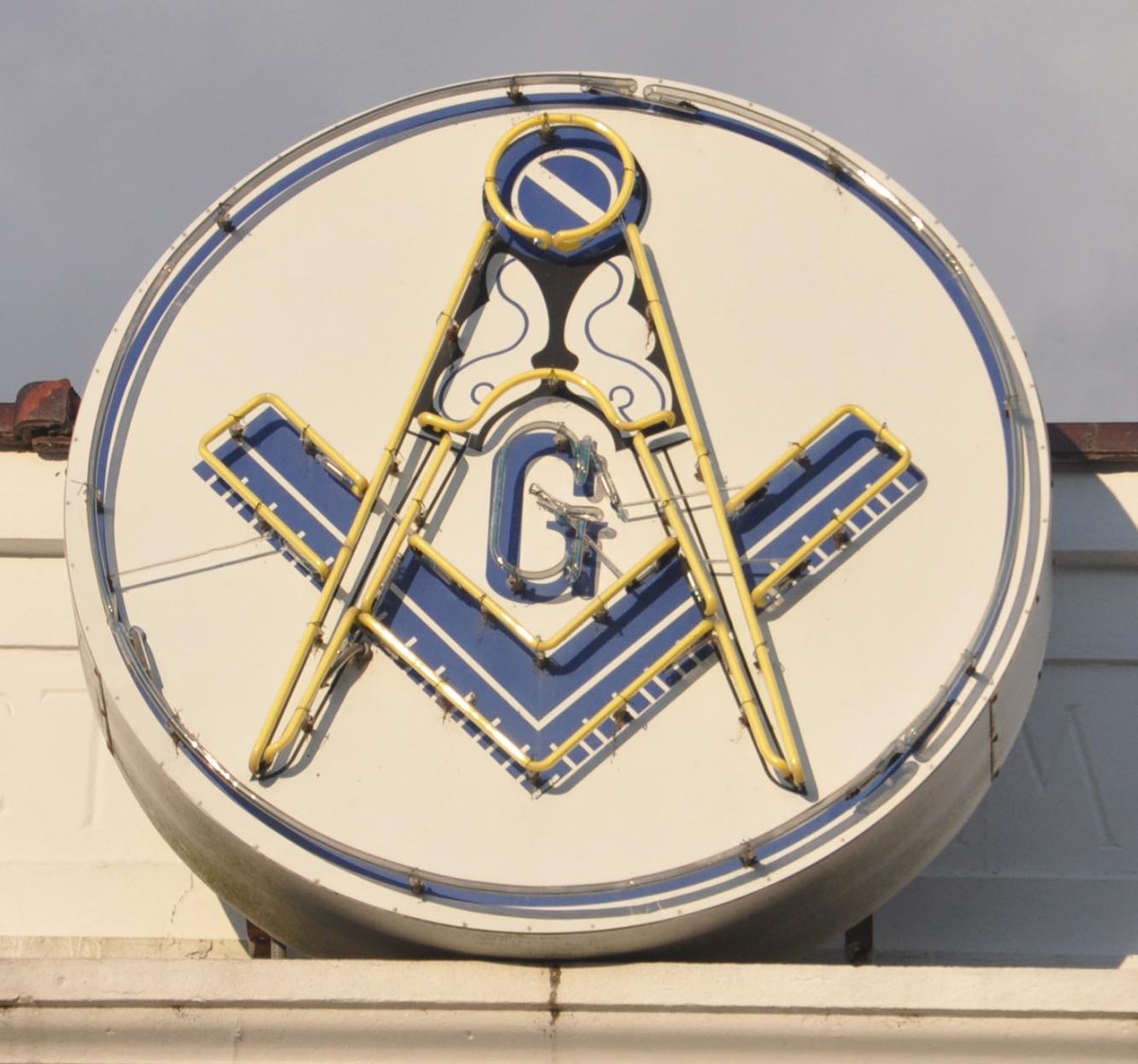 I’ll be moving on to other Louisiana cities in the next post.  But that probably won’t be until next weekend since I have a lot of New Orleans to get up at the website first.  More New Orleans signs (different photos of the prettier signs and other stuff) over a Flickr now.  Go on, you know you need a peek:
https://www.flickr.com/photos/agilitynut/