I got all the New Orleans stuff up at my website this week from Day 10.  There will be lots more Louisiana later in the trip.  We’re hugging the Gulf Coast for the next couple of days.  More than 200 photos to crop, tweak, upload and put in their appropriate places a the website from Day 11. So, I’ll probably only get  this one blog post up this weekend and get to work.

Let’s start with with one in downtown Ocean Springs, MS.  Neon only on one side, presumably since this side faces oncoming traffic:

This one in Moss Point, MS is on top of the Moss Point Express gas station sign.  It’s probably a reference to the local high school mascot (Moss Point Tigers).

Moving on to Mobile, AL: 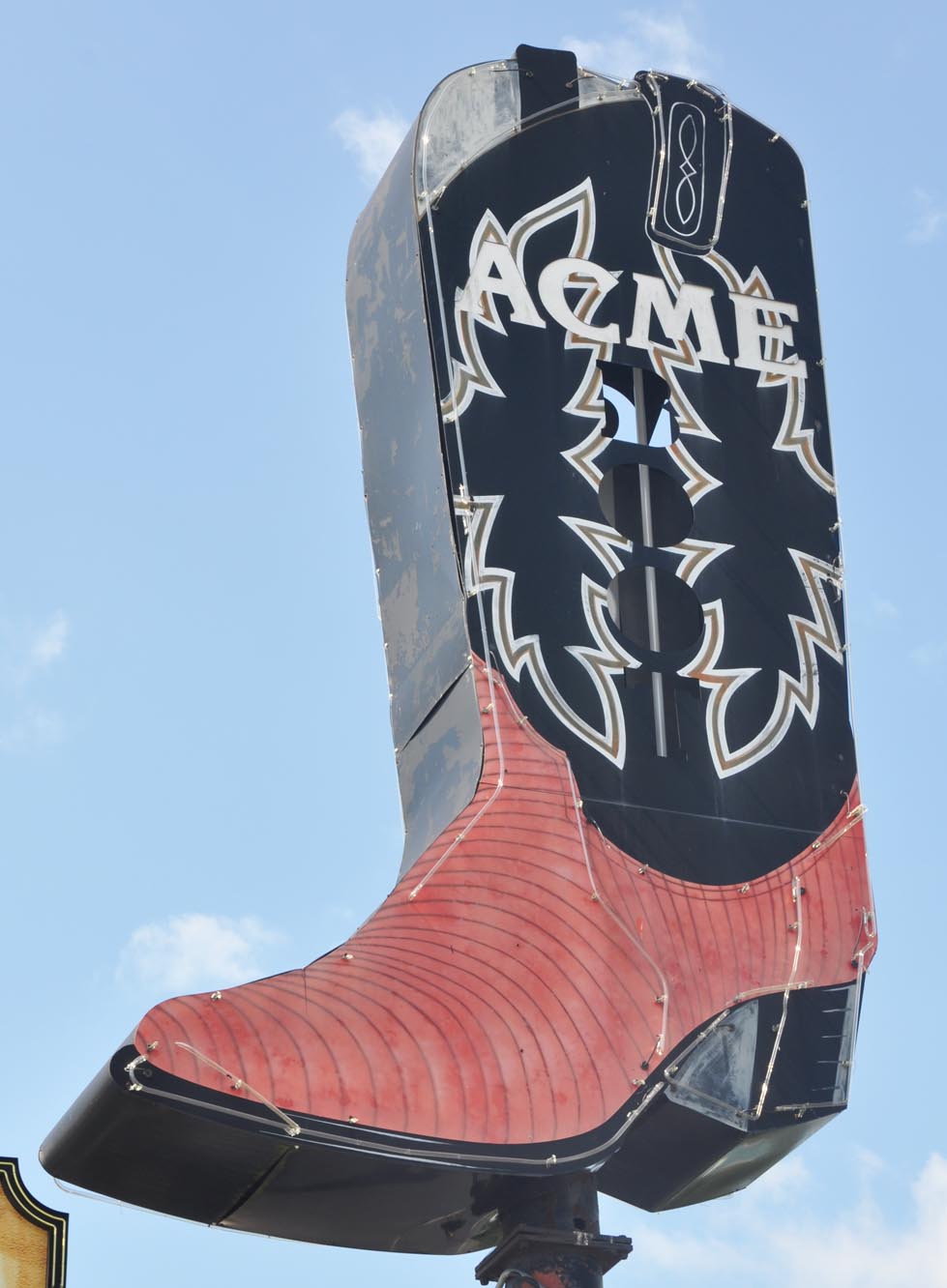 Not as nice as the similar Kelly’s Cleaners neon hanger sign but still great:

There are more than a handful of neon signs in downtown Mobile.  I don’t know the age of these but the OK Bicycle sign might be adapted.  The Taqueria sign looks pretty modern:

This one is surely vintage — probably 1950s:

Naman’s Department Store opened in 1940.  This sign is much later — looks maybe 1960s? And that font is kinda lame and modern.  So, I’m thinking  maybe redone at some point.  Still lovely though:

and one more from Mobile — a nice little terrazzo entrance:

From Spanish Fort, AL.  This must be a modern sign but, wow, that’s a lotta neon!  I can only find photos of it with a few bits lit at night — or more lit but super blurry.  So, I’m skeptical that it’s operating properly at this point and I don’t know if any of that tubing was animated. 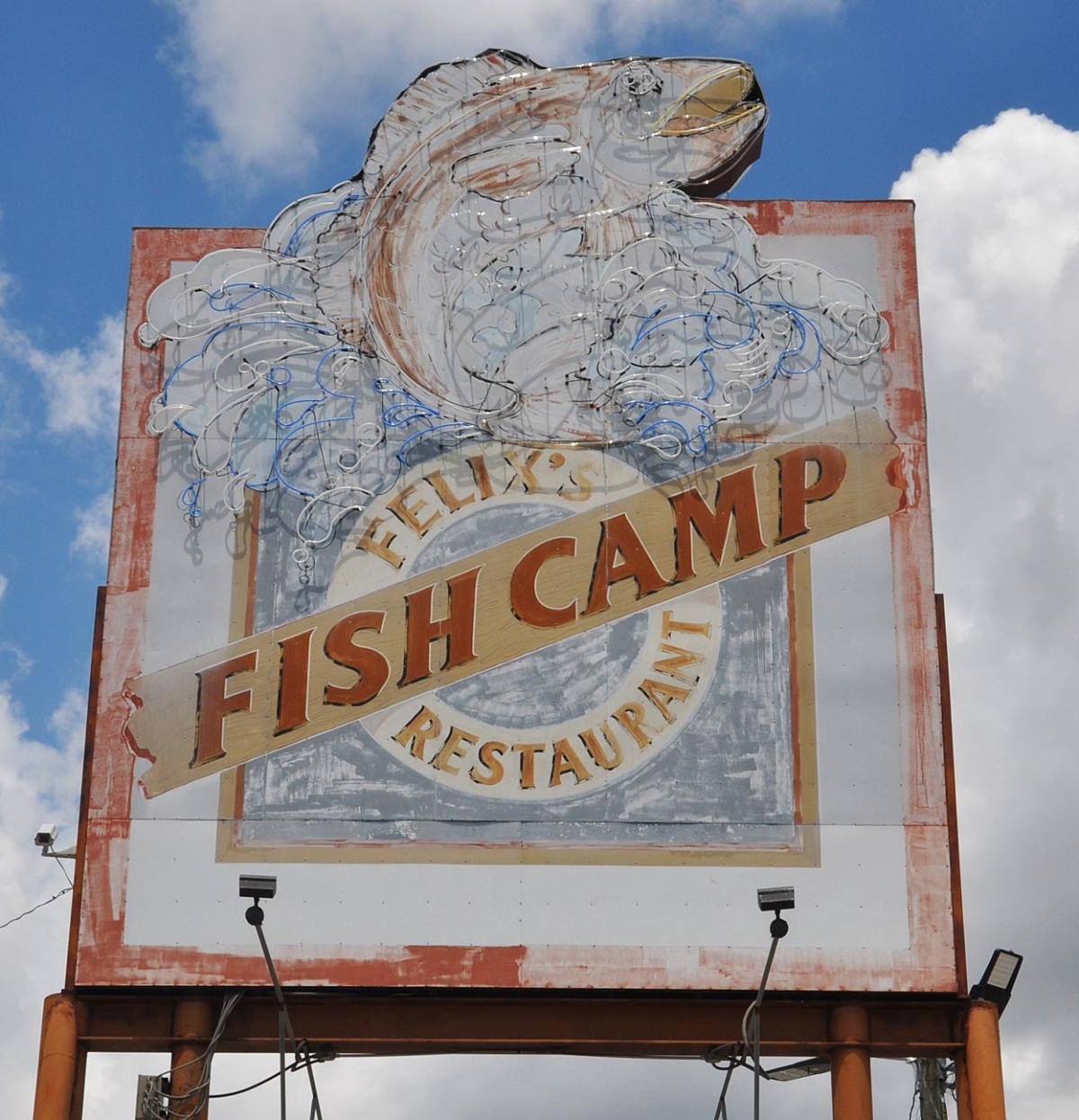 One of my favorite memories from this trip was the Foamhenge (yes, Mark Cline built the first one in Virginia) in Elberta, AL.  I let the dogs rip around and they had a great time running around the columns even though it was close to 100 degrees.  In this photo foreground, Grizzie is rolling in god-knows-what and Nik is sniffing out something directly in the background behind him.  I have no idea where the two girls were at that moment but I know they were having a blast.

Last one for this post — officially in Florida panhandle — this one from the recently restored Rex Theatre in Pensacola: 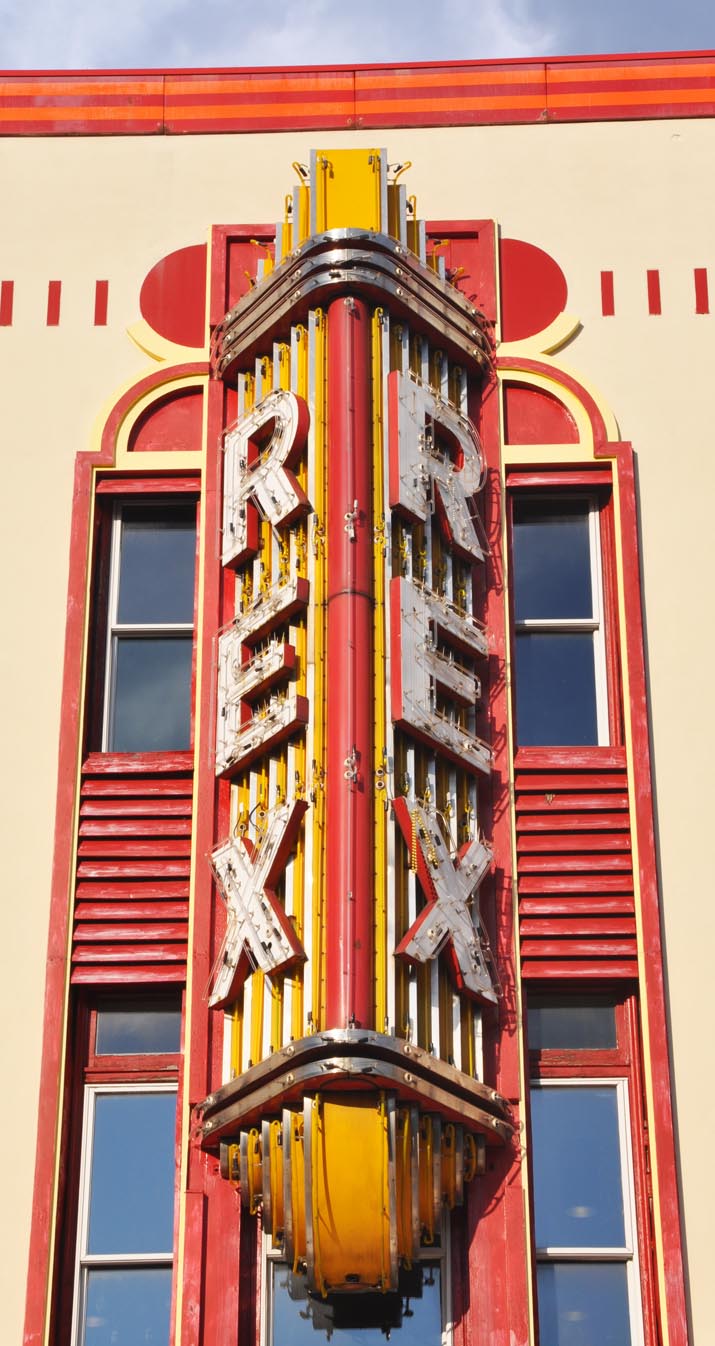 Back with more next week!