Harold’s, a men’s clothing store in Houston, was established in the 1950s.  It closed and a restaurant took its place in 2016 using the same name.  The sign was spared but the neon was removed:

I’m a big fan of giant paint cans.  This one’s now missing its handle.  It was brought along when this store moved in 2013 from a few blocks away.  If you’d like to see more paint cans, here’s my page:
http://www.roadarch.com/mim/paint.html 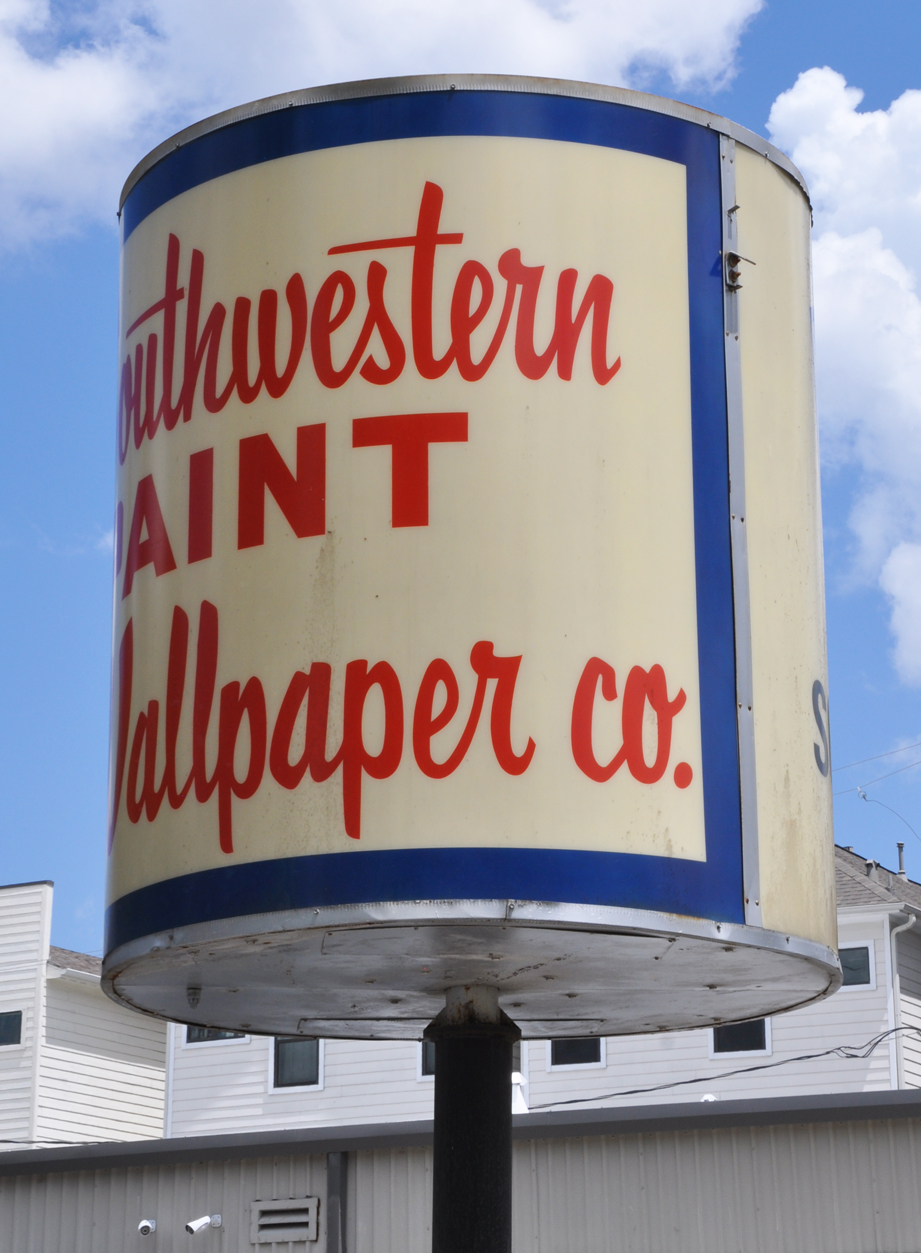 Despite the rusted appearance, I believe this sign is modern.  The original Continental Club opened in 1955 in Austin and this location didn’t open until 2000: 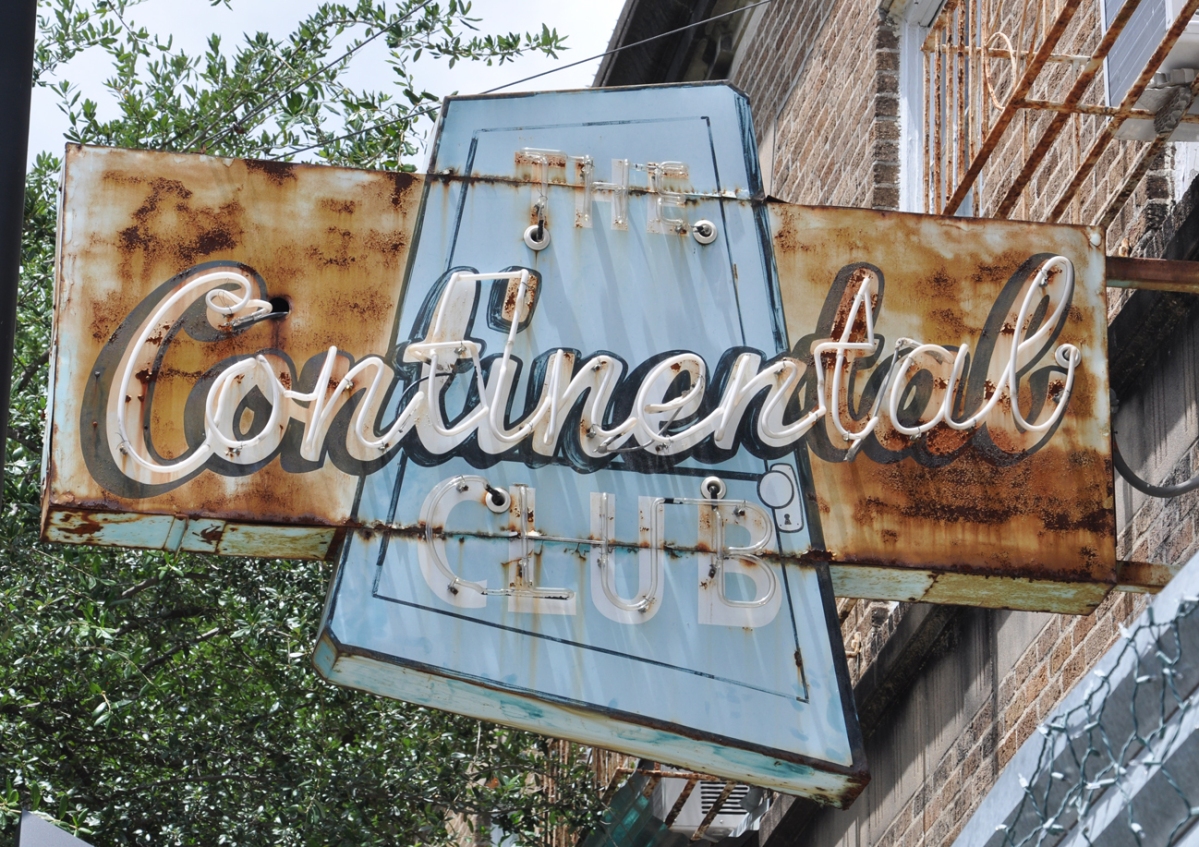 However, this sign is the real deal (vintage) — battered and half concealed in the trees: 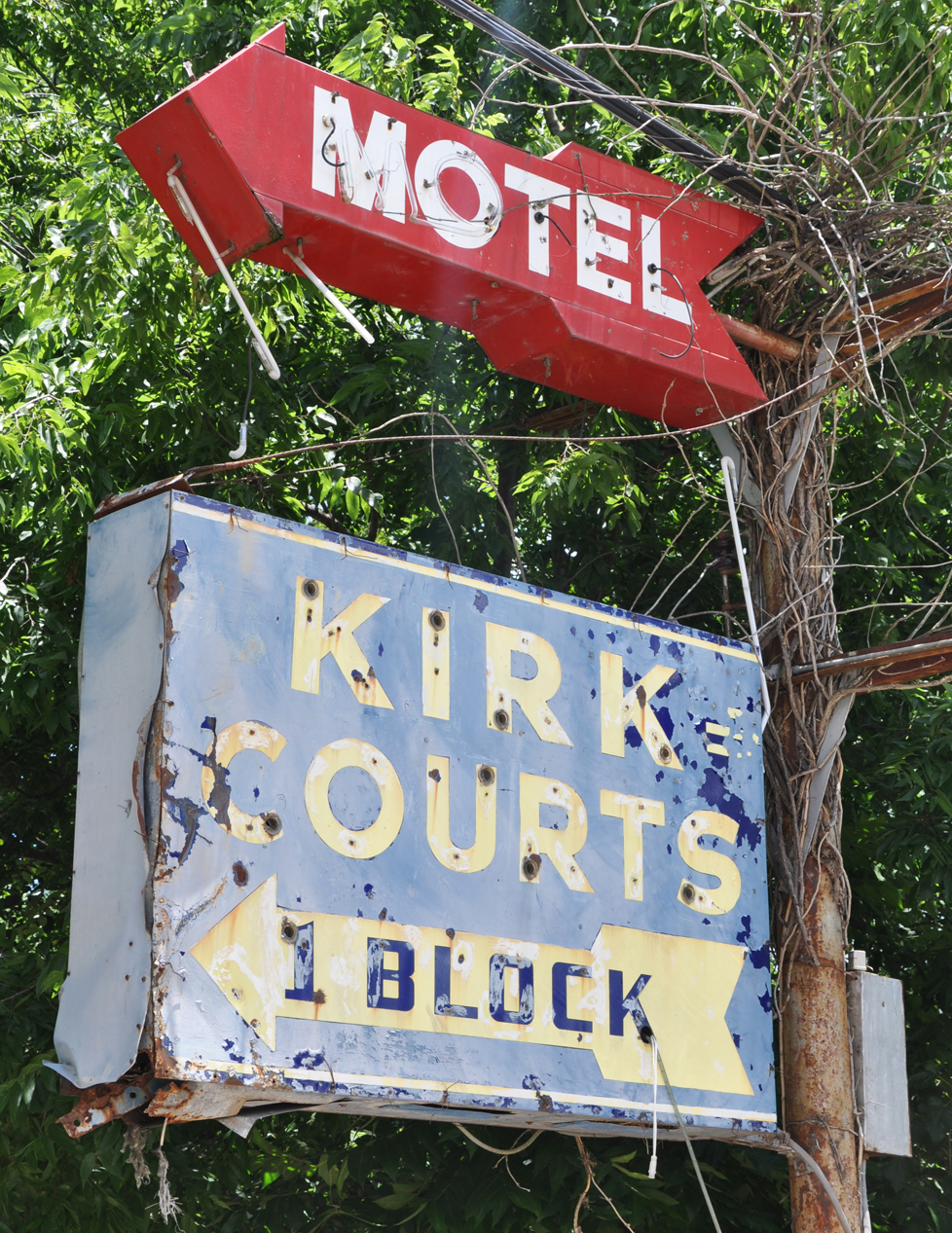 I don’t believe I’ve ever seen a saguaro shish kebab like this: 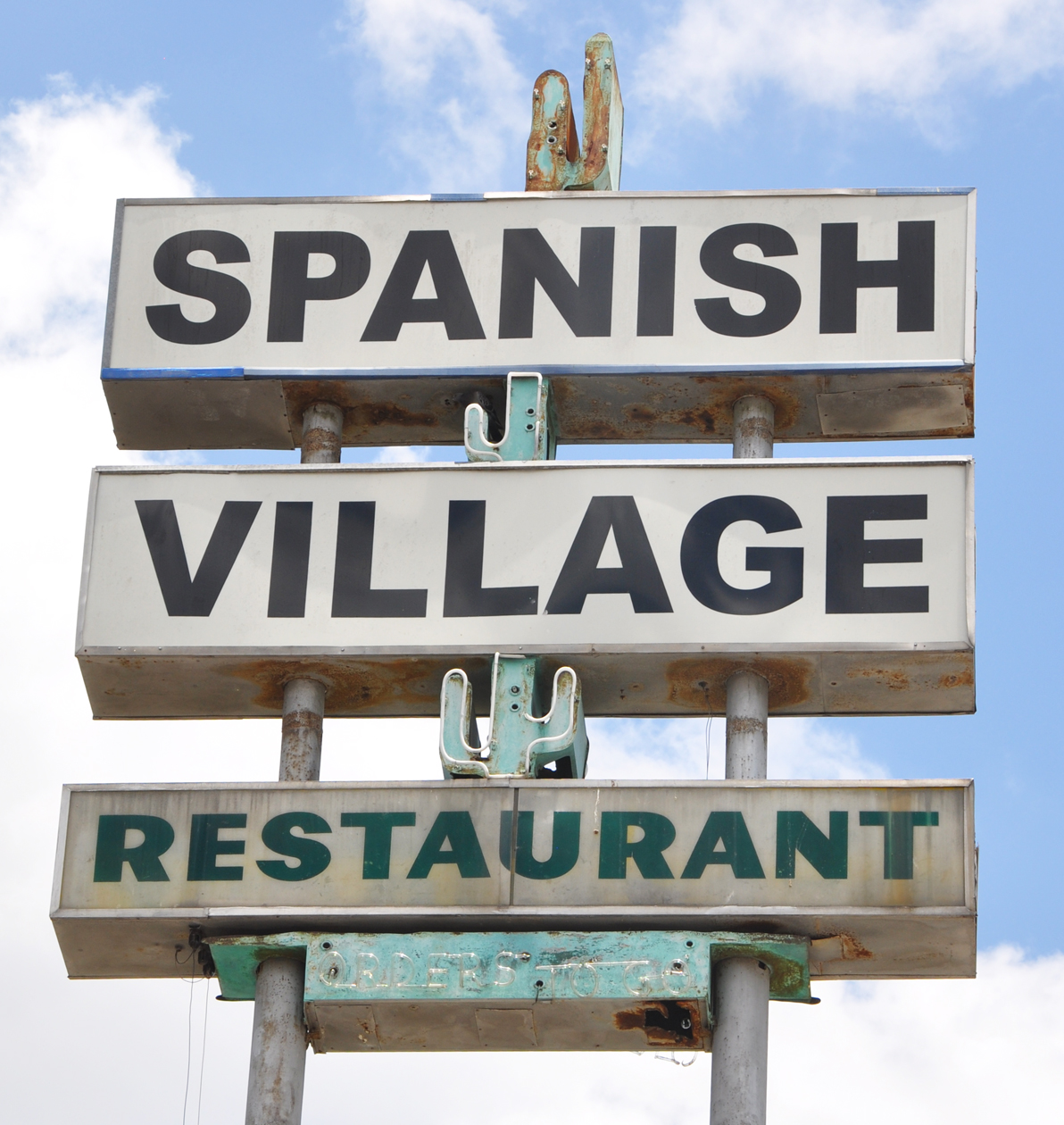 This modern law office sign was based on the vintage sign that was located here previously:
https://www.flickr.com/photos/birdwoman09/8026651033/

This vintage downtown sign is only improved by the crooked letters:

This one is also downtown but I don’t believe it’s vintage.  I think the place opened in 2013: 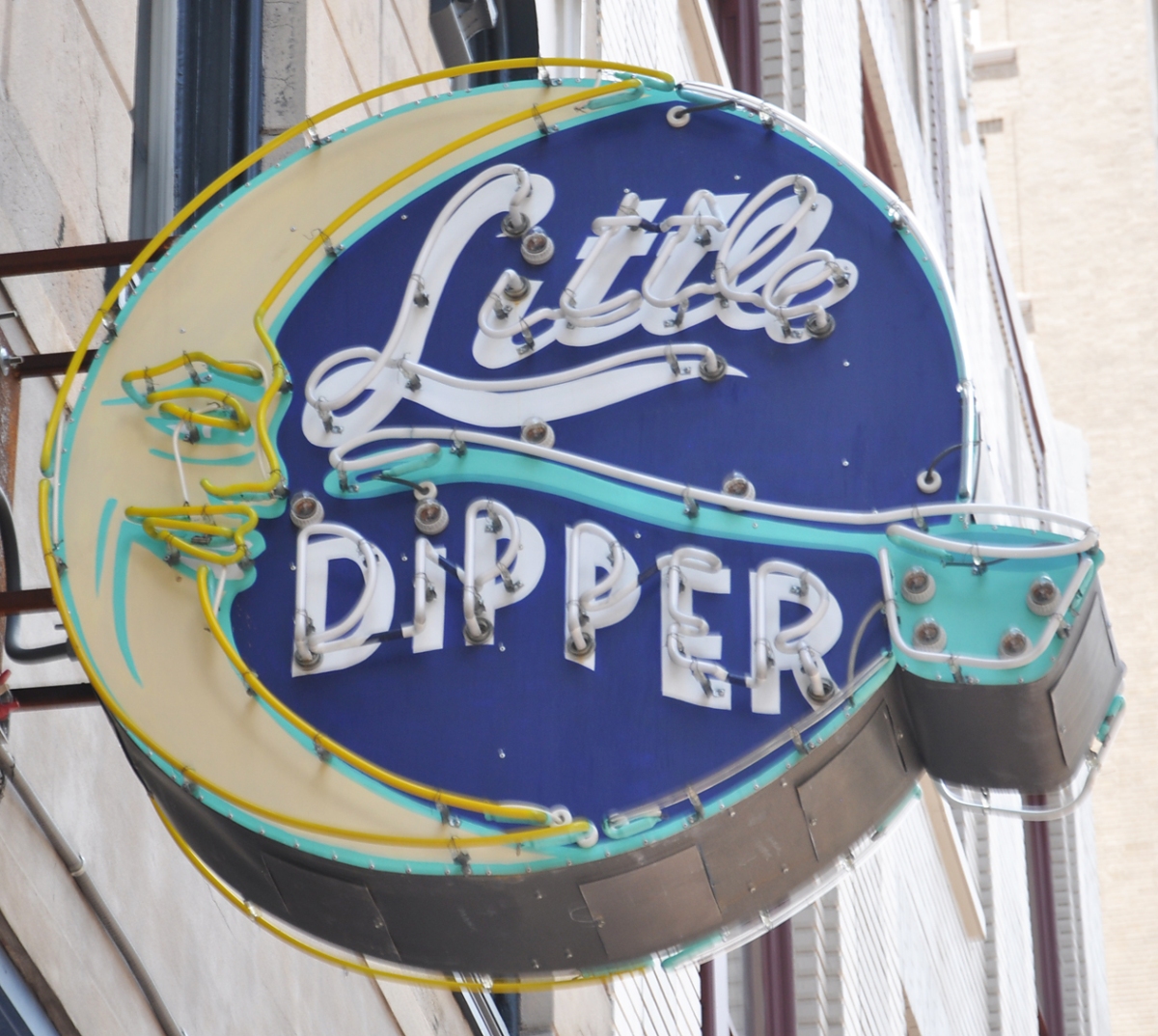 This sign is installed on the tower of the Antioch Missionary Baptist Church: 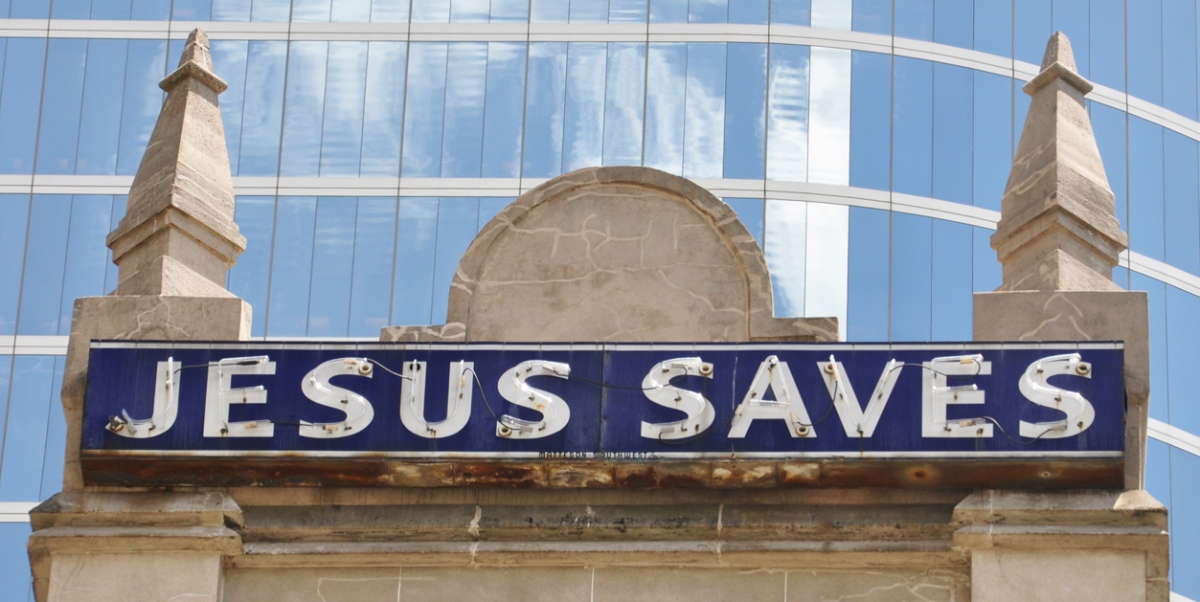 There are a bunch of these big Brake Check signs in Texas but most of them are all plastic.  I think a few also have neon checkmarks.  The company was established in 1968 so it’s possible that the original signs might have been all plastic and later, bigger signs went with these neon channel letters:

A blah plastic box beneath this gorgeous star advertised for “CASH STORE”: 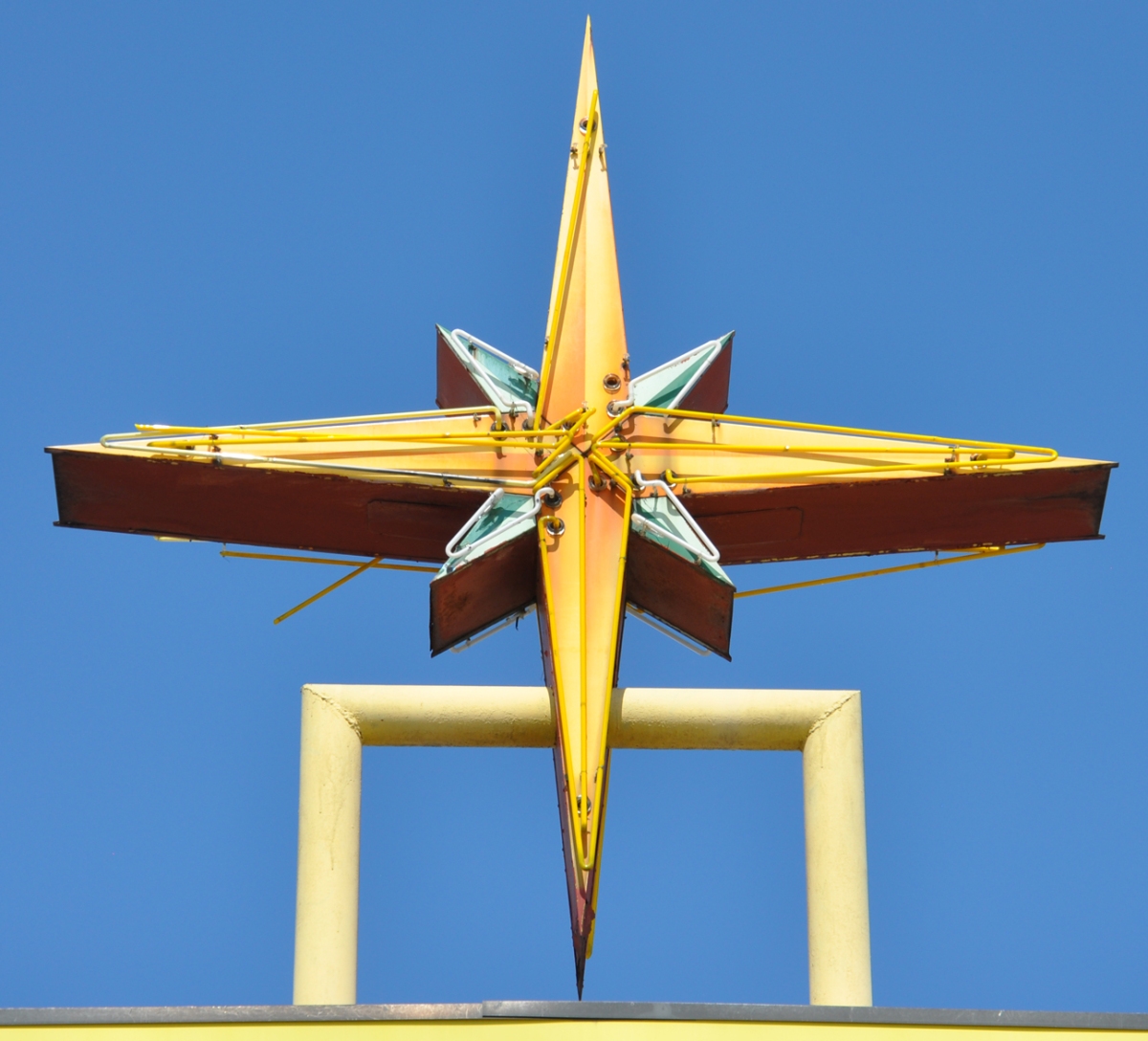 A boring plastic sign beneath this one advertised for a taco shop.  Those spikes would have held neon tubing originally: 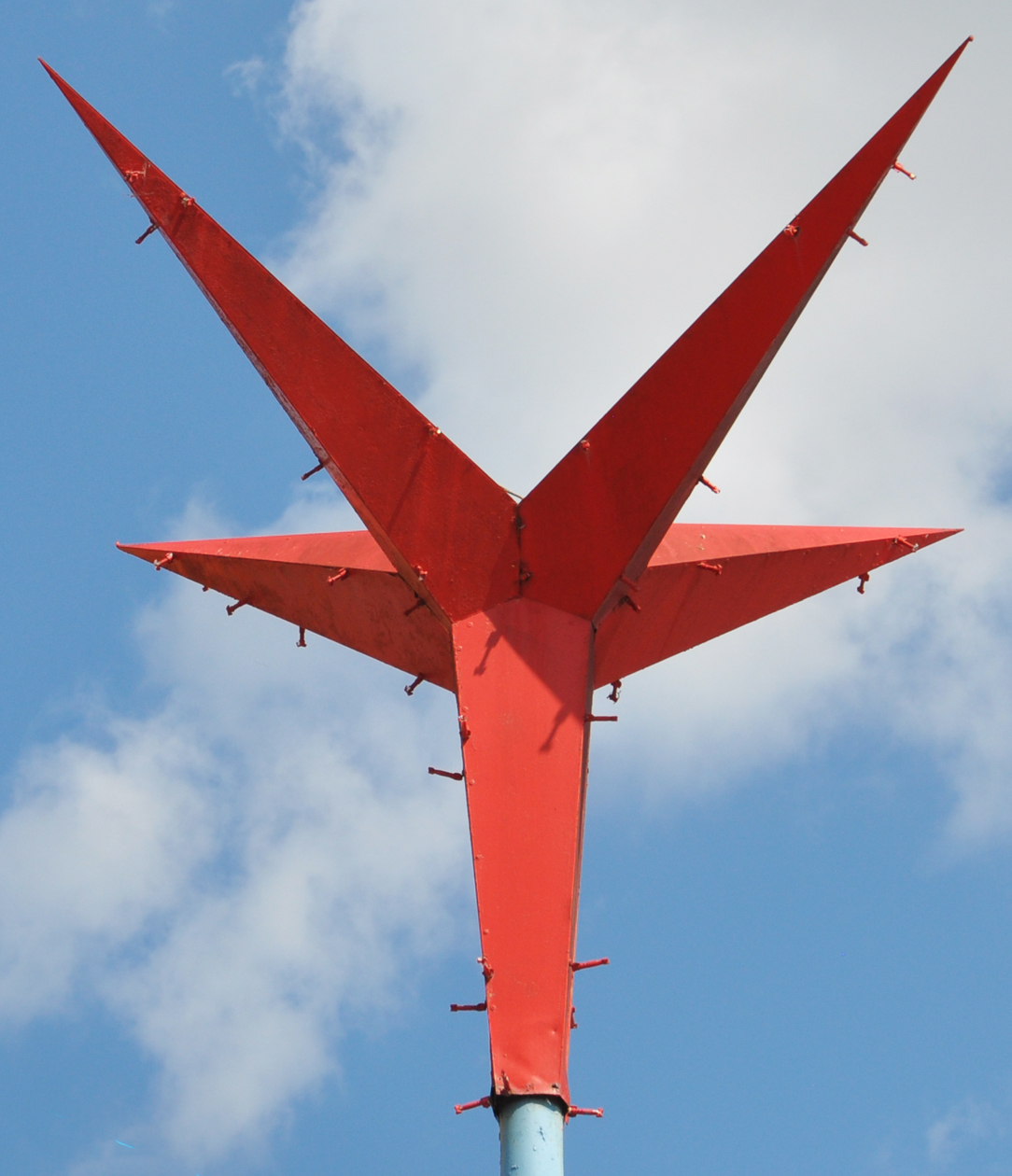 Last one — moving on from Houston to Richmond, TX.  A few tubing holes here and there indicate that this sign had neon originally: 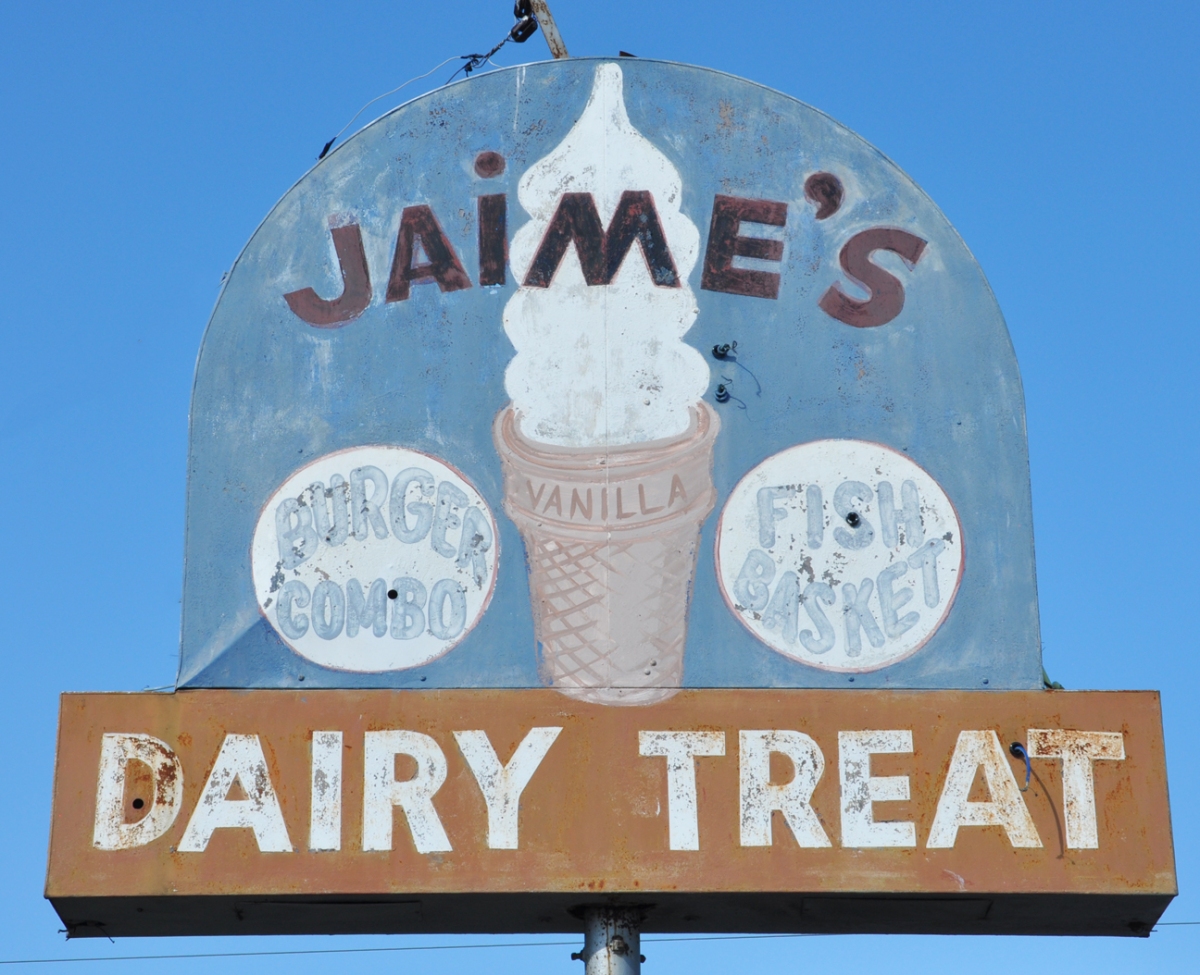 Many more posts to come this weekend — we’re not even halfway through this trip.  Don’t forget, lots more different photos from each day of this trip over at Flickr here:
https://www.flickr.com/photos/agilitynut/