This will be a quickie post since this was a slow roll home and there were only a few pre-determined stops.

Unfortunately, I couldn’t shoot the sunny side of this one in Paso Robles because of that pole directly behind it.  Noted to return in afternoon… 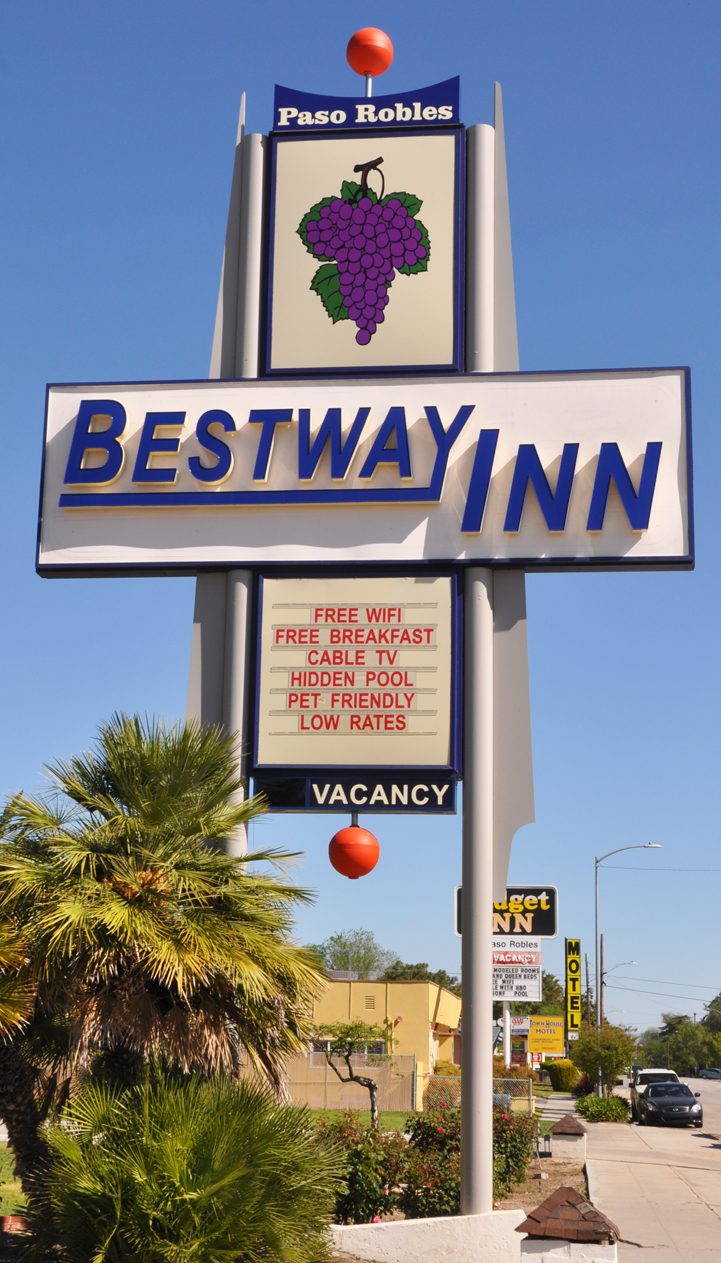 A rusty crusty from Paso Robles.  You can see the patched tubing holes indicating that this sign had neon at one time.  It was originally the Trees Motor Lodge and the sign probably a pretty paintjob:

The Paso Robles Inn Coffee Shop roundy-ness continues inside with a round counter: 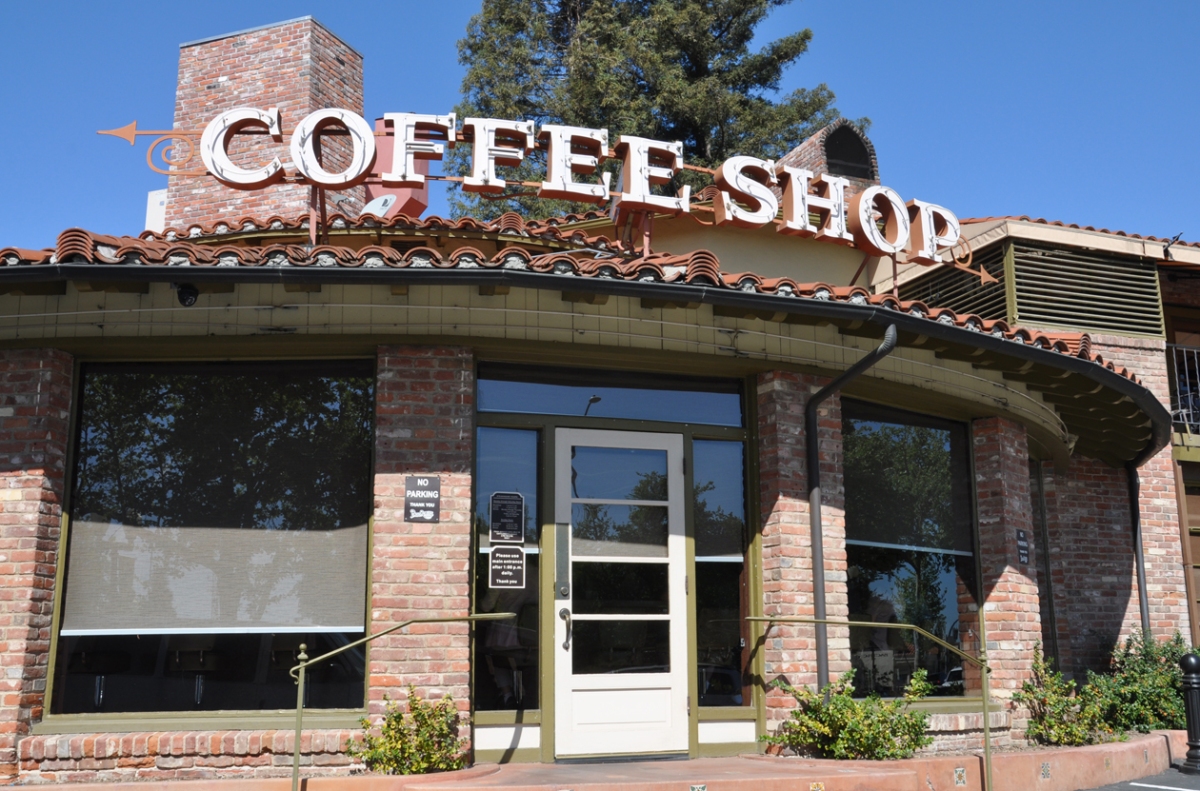 Let’s take a break from the signs for the giant milk bottle in Templeton which was restored last year.  The bottle originally advertised for the Rossi Dairy along Highway 101.  It is now located at the Templeton Historical Museum Society.  Here’s a photo that I took of it in 2014:

Last stop for this post — in Santa Cruz.  For those of you familiar with the nicely restored sign at MONA (Museum of Neon Art in Glendale) which came from the Green Frog Market in Bakersfield, this sign will look familiar.  The MONA sign:

And here’s a twin sitting outside a yoga studio.  There were several Green Frog Markets but I didn’t know there were identical signs and that any others had survived before I found out about this one:

I will be back before you know it with lots and lots of posts.  I’ll be on a major roadtrip for the month of June and will be shooting like a maniac in Arizona, New Mexico and (mostly) Texas.

Until then, Happy Trails!