Most of the day was spent zipping around Seattle — grateful to have sunshine!

This former gas station housed the Station Bistro restaurant when I shot it in 2008:

In 2009, the building was further transformed (disguised?) as the Shelter Lounge.  Here’s what it looks like now: 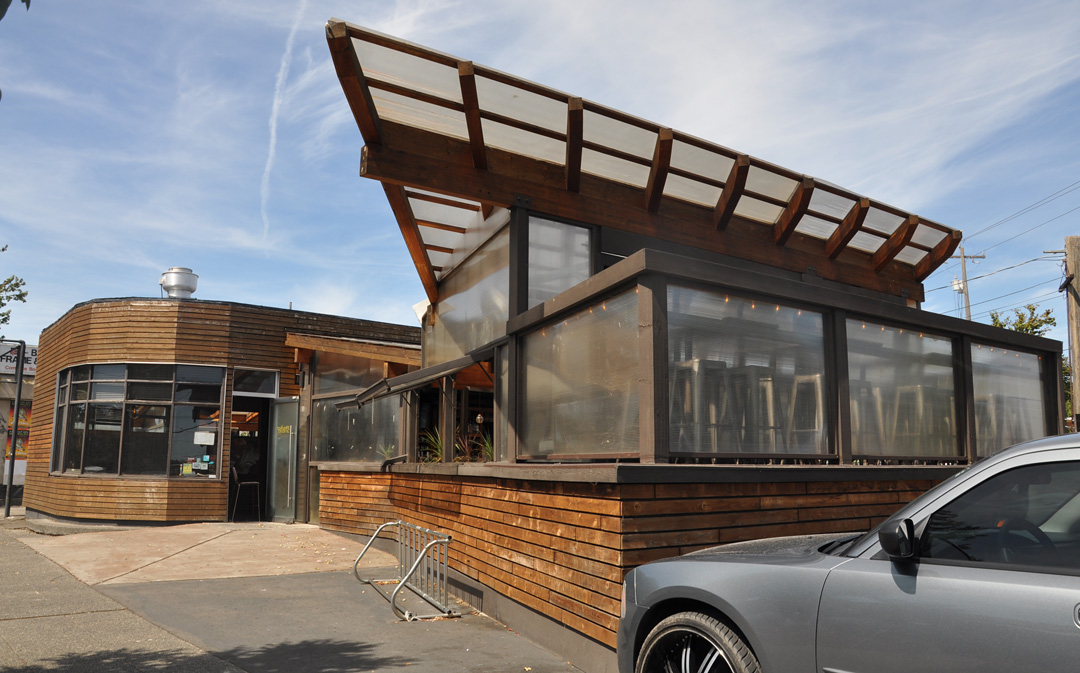 The interior is loaded with ambiance: 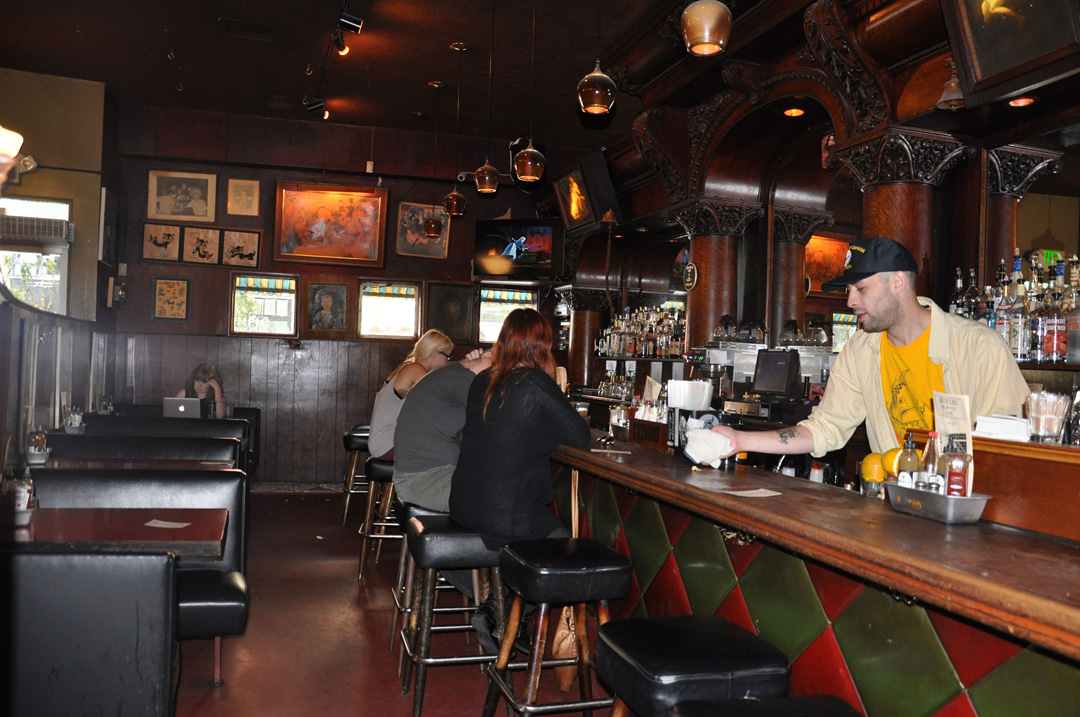 A modern sign, but awfully nice, at the 2 Bit Saloon which closed last year.  Hopefully, the place will reopen or at least the sign will stay:

There used to be so many wonderful motel signs on Auburn Ave.   This is one of only a handful that are left: 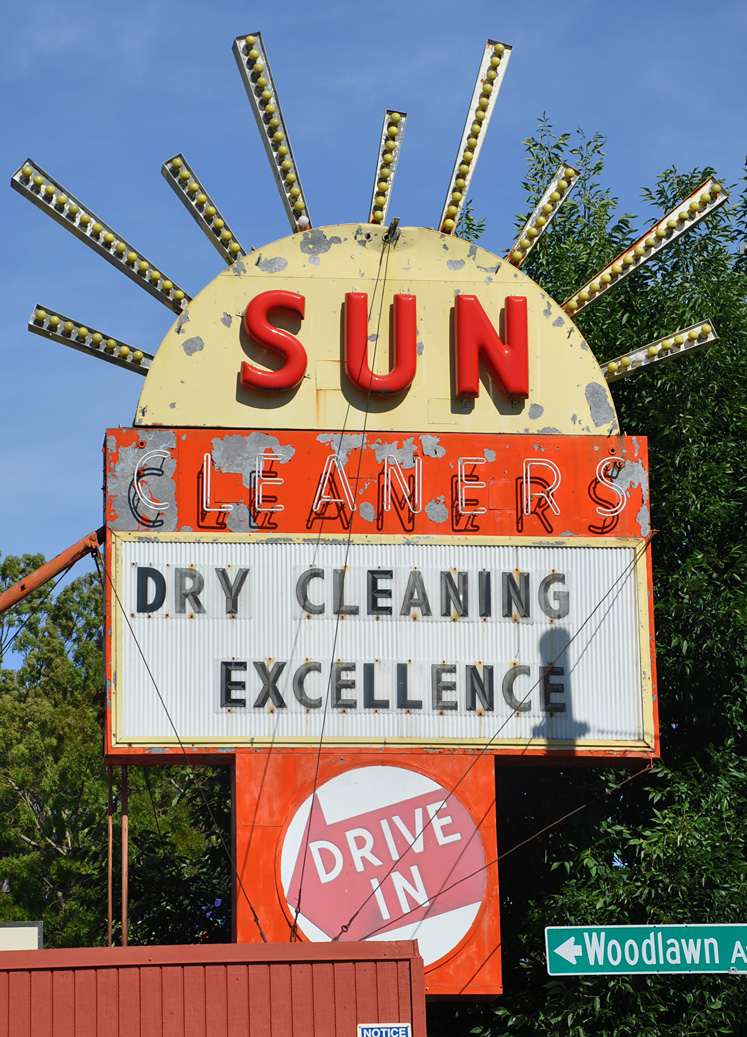 There are six Dick’s Drive-ins in the Seattle area.  This is the original, in Seattle, from 1954.  The top panel still spins: 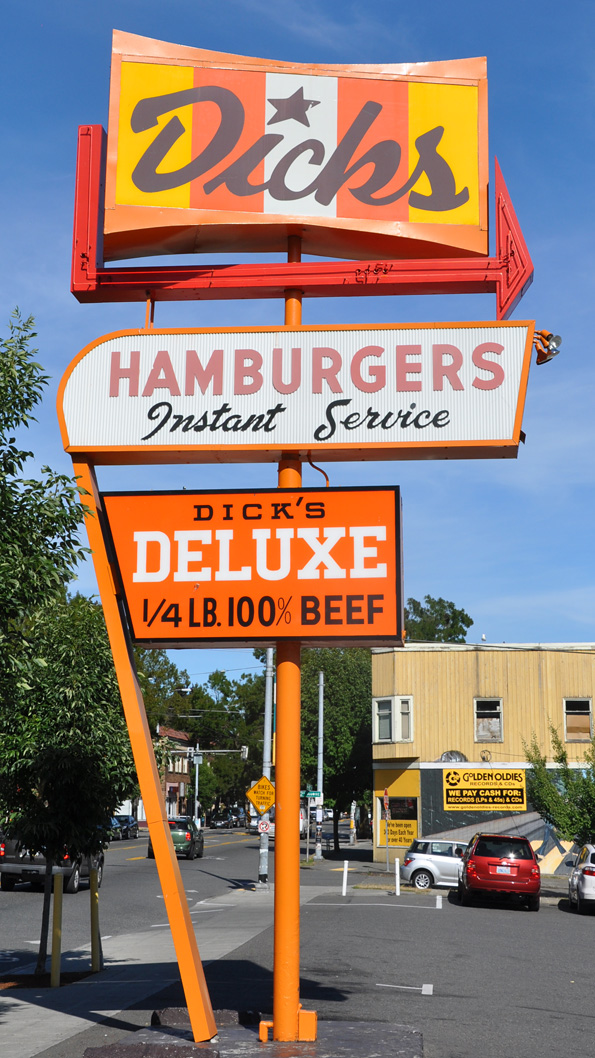 This flower shop is gone.  But the space is now occupied by “Flowers Bar & Restaurant” which has kept the sign:

Bick’s opened in the late 1990s and this sign is obviously modern.  That’s apparently a steak that the chef is flipping.  It must have been inspired by one of the pancake-flipping chef signs — but I don’t know which one:
http://www.roadarch.com/sca/pancakes.html

Moving on to Lynnwood for these last two shots.  Best Auto Parts opened in 1958.  This sign looks 1960s:

A House of Clocks has been around since 1963: