Well, I’ve really fallen behind on posting.  Sorry bout that. The dogs and I got safely home on Sunday afternoon.  But there have been a lot of pots on the stove these week which have kept me from catching up here.  Getting home was actually very stressful since Sparkle developed a hitch in her stride (random misfiring) in Eastern Washington that set me back more than $500 (new plugs & wires) and a half day’s shooting — to no avail.  She drove horribly through half of Oregon but then went 861 miles after that perfectly all the way home.  She’s still exhibiting the same symptoms now & then but until the check engine light comes on again, Firestone won’t touch her.  Aggravating knowing there’s something wrong & waiting for the inevitable (e.g., late to work, car rental, etc.).

Anyhow.  I’m going to try to bang out a couple of posts tonight and catch up in entirely, worst case, by Saturday night.  Let’s pick up in Shelton, WA with these two fun hand-painted signs:

Cruising by Bob’s Tavern was this guy and his sidekick.  Love his ATV wheelchair — I’ve never seen such a thing.  He said he’s never got stuck anywhere.  I’m sure very useful in snow and ice — hard to imagine when it was 110 degrees: 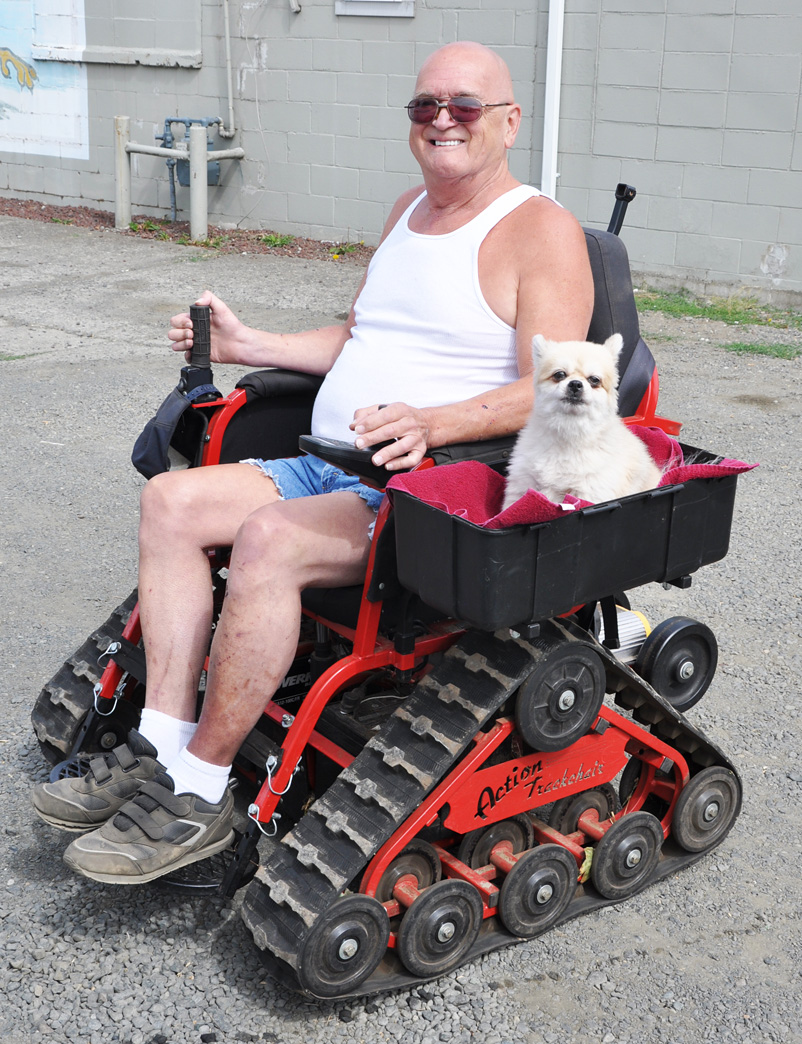 Still in Shelton.  Lots of 4th of July fireworks booths were still lingering on this trip.  The Minions guy and the sign at the right are classic photo-op displays — allowing you to insert your face from behind: 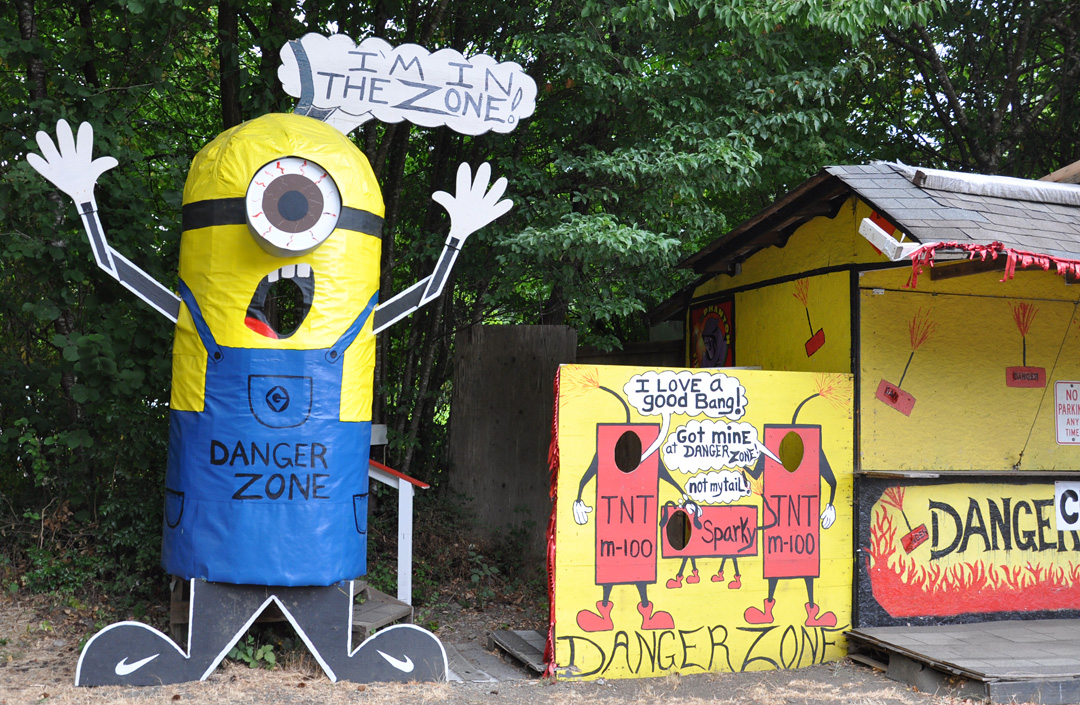 Moving on to Lakewood.  The House of Donuts gives out free postcards of the place.  I posted a photo of the great mid-century building over at Flickr:
https://www.flickr.com/photos/agilitynut/20034841972/

My donut choice was a Red Velvet — which was incredible with the cream cheese frosting and super moist cake consistency.  The sugar jolt was better than two cups of coffee:

By the time I got to Parkland, the clouds had overtaken the blue skies nearly completely.   I made the decision to keep shooting rather than sitting and waiting since I was already behind schedule on this trip.

Three signs from nearby Tacoma — this arrow and font are wonderful:

A pretty sign in the sun — but it looks nearly black & white here because of the clouds.  I can’t think of any other signs with a double arrow.  Those squares on the right earn bonus points!

I guess, technically, this is a another double arrow sign — though not parallel arrows.  This is at Hans’s Place: 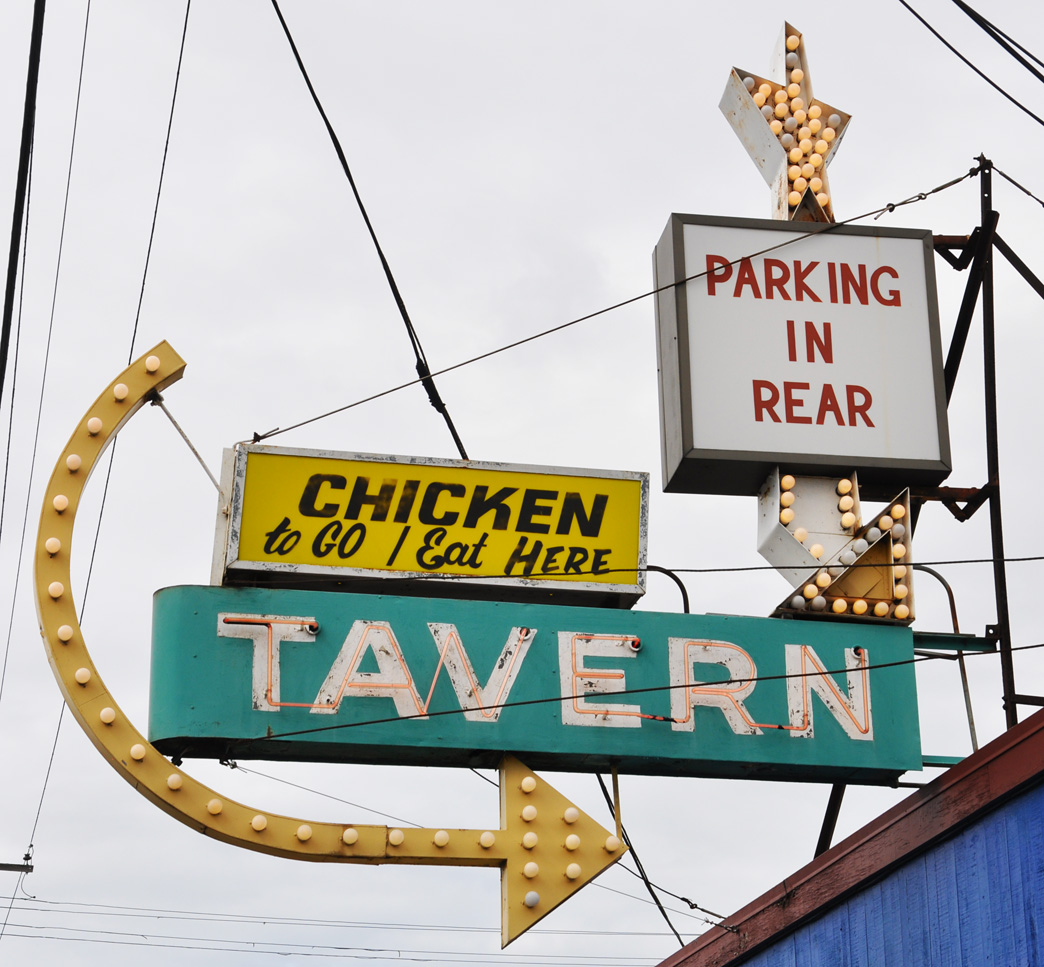 I don’t remember these crazy Mattress Ranch stores on my 2008 trip.  There are seven locations in Washington (I might have accidentally seen them all on this trip) and four locations in Alaska.  The Washington stores all seem to have brightly painted cow & other animal statues and goofy painted signs.  This location is in Port Orchard: 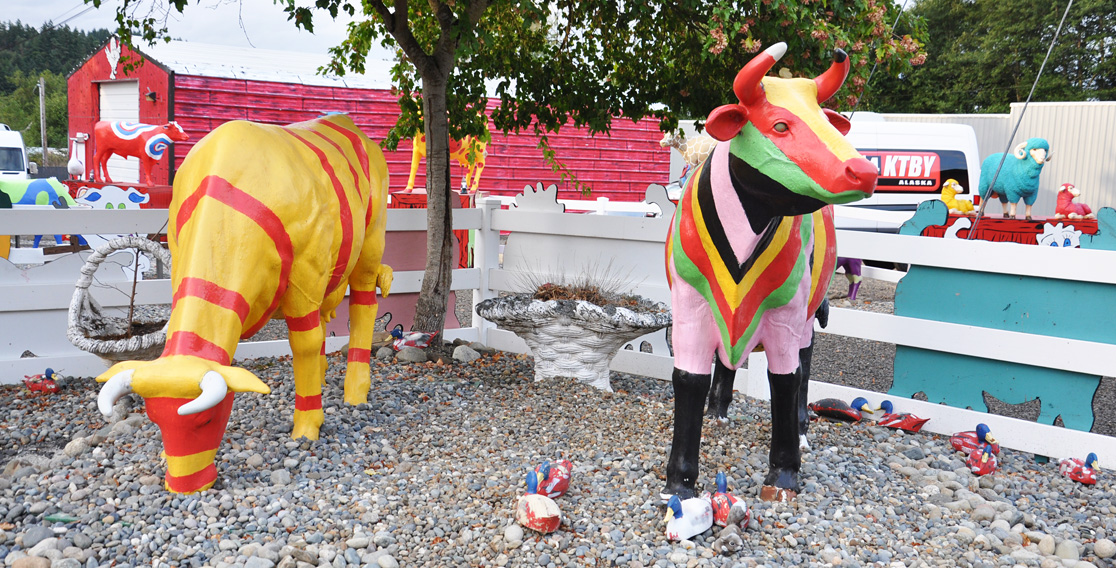 One down, another six posts to go.