While many of you were grillin’ at backyard picnics this weekend, the dogs and I were grilling ourselves in the Sacramento area.  It was 90s on Friday and 100s on Saturday.  I had had enough by Sunday, had miraculously finished my list, and scurried home to the beach just as fast as I could.  Today is delightfully foggy.  I’ve got lots of photos for you so I’ll split this into two posts — one for each day.

Let’s start with this one in Tulare.  It looks like there was a word there before “The” — maybe someone’s name?

From Visalia — these plastic mortar & pestle signs were mass-produced but are very rare now:

A couple of signs from Fong’s in Fresno — a nice old 1930s/1940s blade sign and a cocktail sign.  I don’t know what the vertical text was on this.  Probably “Restaurant”:

These plastic clock signs are getting scarcer these days.  I can’t think of any others in California.  This one is installed above a closed Kung Food studio in Fresno.  There’s also a green version:
https://www.flickr.com/photos/10707024@N04/2699049299/

One of the day’s big heartbreaks.  I wanted to reshoot this U Save Liquor sign in Fresno since I inadvertently chopped off the neon arrow under it when I shot it last year: 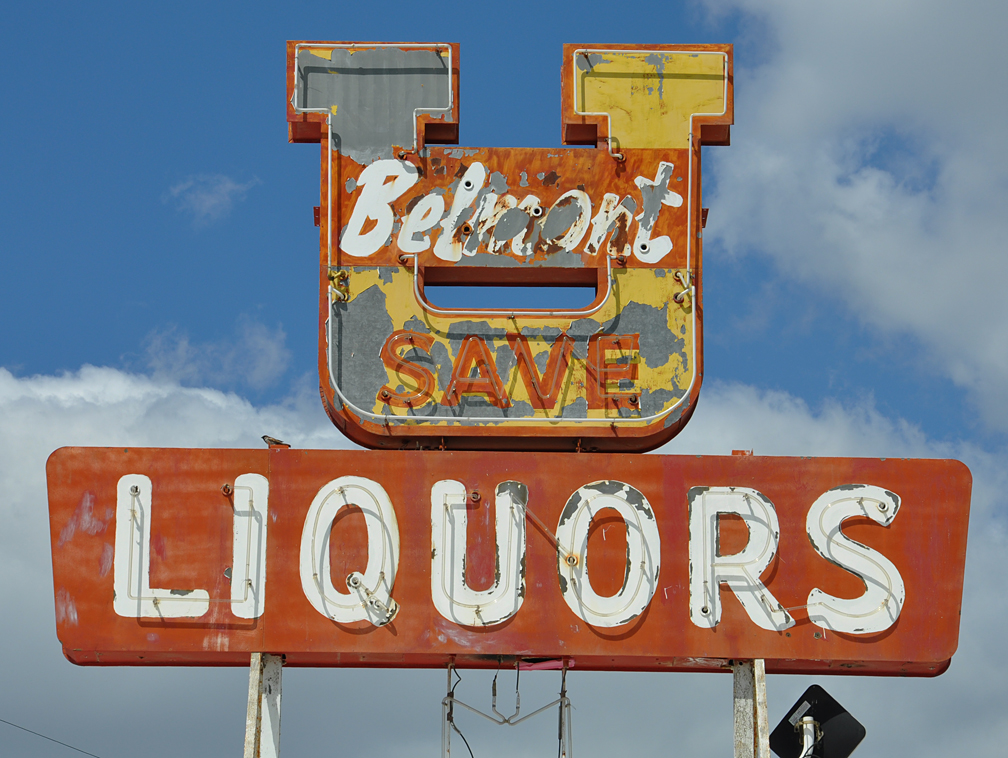 Well, I guess when they finally got around to repainting it, they decided to replace all the neon with backlit plastic letters.  Uff!  What a shame! 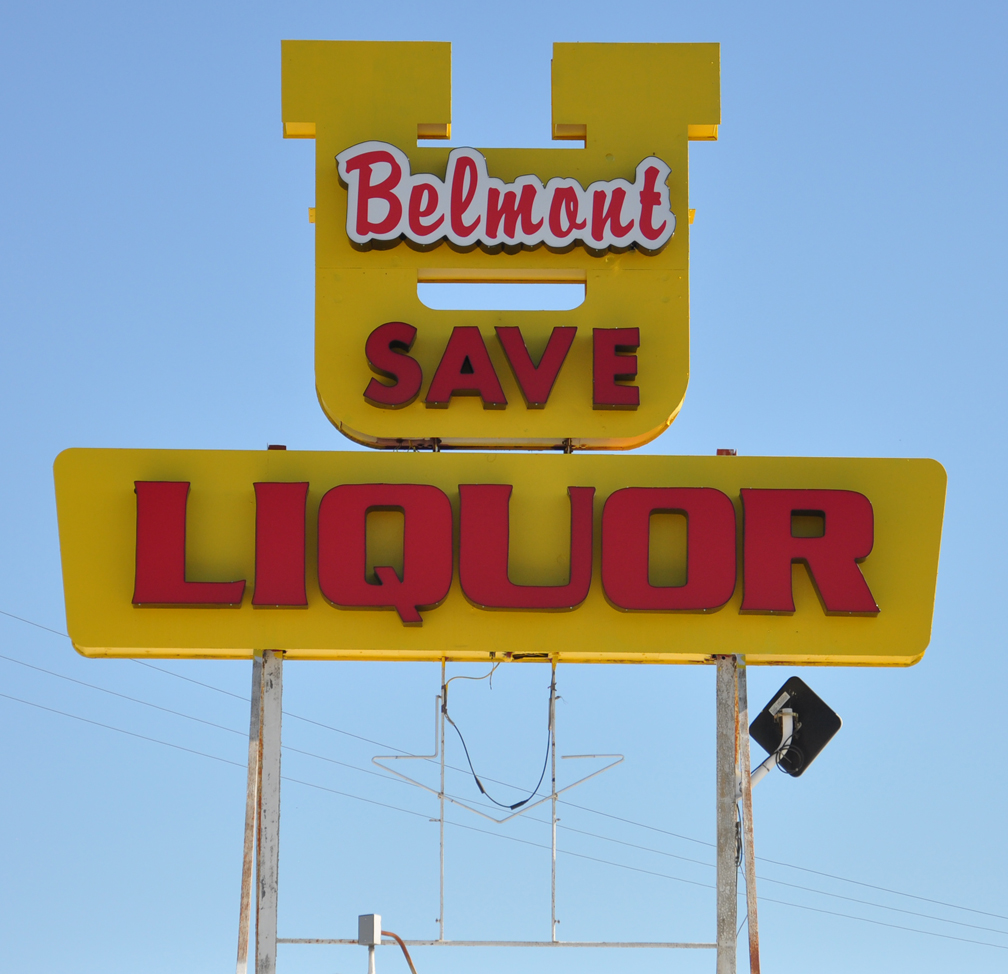 Adrian’s is a cute little walk-up take-out stand.  It probably went by another name originally.  But the stand is looking a little beat now and the cute pole sign is covered with ugliness.  At least this nice little porcelain enamel sign remains on the roof:

Just next door is this sweet sign for Ann’s Beer Mug which I think is closed.  The bulb bubbles must have flashed originally:

I can’t find any history for the El Prado Nightclub in Fresno.  It’s a huge building and has a 1940s look.  I love the little guitars and tacked on blue cocktail:

The Sequoia Super Market is in Ceres.  The “La” was added in later years:

I’m all for recycled buildings — but this one disappoints me.  A lot.  The wavy roofed Dairy Queen in Davis closed in 2013.  Lots of examples of these buildings at my page here:

In 2014, the Davis building was stripped to its frame in preparation for the remodel.  The box at the back was the kitchen & order window set-up.  Everything in front of it would have been dining area with tables originally:

And now… the finished product as an architects’ office.  For architects, I expected more:

At least they kept the wooden beams inside (shot through the window, best I could do):

Some much better news.  The Mercury Cleaners in Sacramento moved across the street and had their sign restored and installed at the new location just a couple of weeks ago:
http://sacmod.org/historic-mercury-cleaners-neon-sign-re-installed/

And here’s what the sign looks like now (crappy light, I got a better shot on Sunday which I posted to Flickr).  I don’t know why it was painted blue but I’m assuming that was the original color.  I’ll make calls when I upload to my website.  I’ve also never understood what the winged red disk represents.  I suspect that might have been a Mercury dime originally?  I’m glad they kept that little “Drapery” sign underneath: