Back home now from this Bay Area trip.  I was just too exhausted to post from the road.  I’m another year older now!  I’m going to try to get the three days of posts up today.  Here are some goodies from Friday — which was all about San Francisco:

A cigar shop near Fisherman’s Wharf:

Super tacky — but how could I not include this guy?

Taking photos in San Francisco (or any big city for that matter) can be tricky if you insist on shooting things in the sun.  The shade from neighboring buildings.  The short days of winter make for a very small window of time with overhead sun.  And the path of the sun never gets north enough at the end of the afternoon to light some things.  I had to come back three times for this guy and still got shade on the corner:

I’m glad I got to see this sign one more time before who-knows-what happens with it.  The store has closed and rumor has it that it will be adapted for the next business:  Glaze, a teriyaki restaurant.  The last mention of the plans for the sign I can find on-line is from September:  “McCormick says they want to honor and incorporate it. They have some plans for it, but nothing is finalized yet: “Let’s just say the sign will be recognizable.”  This was another sign that needed sun from the northwest — which just wasn’t happening on this trip:

Technically, whatever happens with this sign won’t be the first time it’s been adapted.  The “All Star” panel is obviously a revision.  And up until around 2006, it had a prettier paint job:
https://www.flickr.com/photos/jef/211427101/

The sign was built around 1951 and originally advertised for Hunt’s Donuts.  There were at least two locations with two of these signs.  Here’s the other one:
https://www.flickr.com/photos/antiquationadmiration/4103127164/

During remodeling in 2010, this painted sign was uncovered at that location.  I’m happy to see that it’s still there!

OK – enough with the history – back to random signs:

This one really bugs me.  A restaurant is now below the sign.  The solution seems to be to cover the sign with some fake (looks fake to me) ivy & mossy junk so as to not confuse people.  Better than removing the sign.  I guess.  Here’s what it used to look like when Galletti Brothers Shoe Repair was still there: 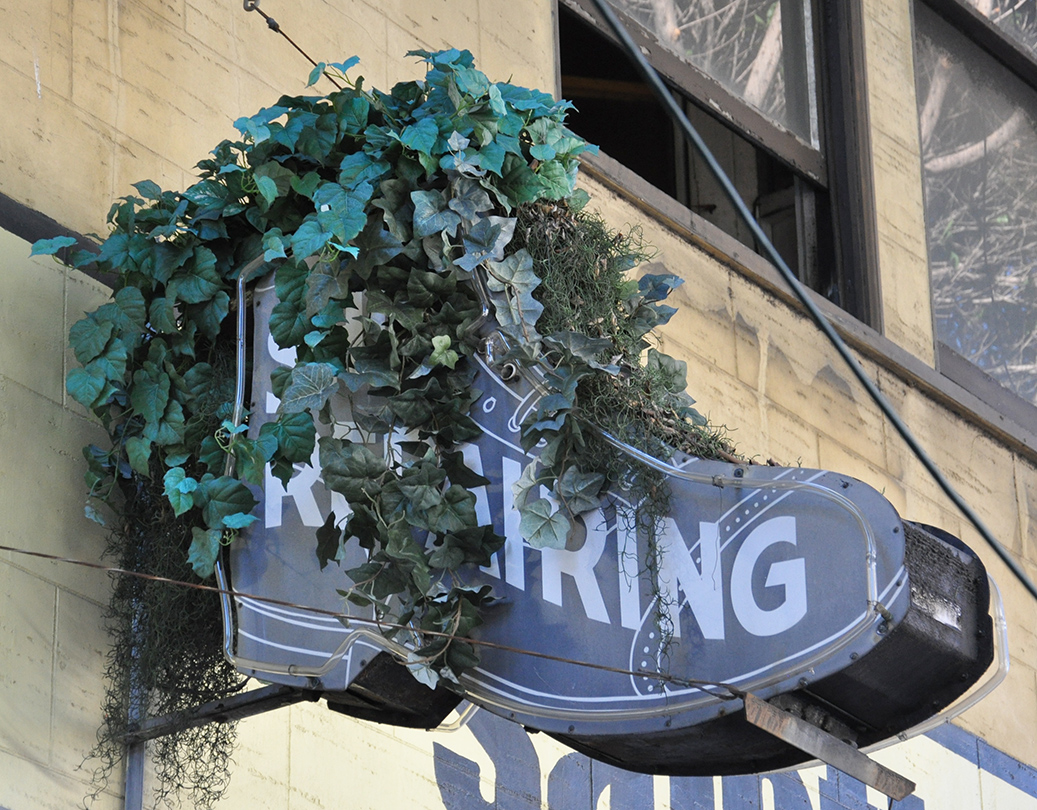 When Original Joe’s restaurant moved, they brought along their projecting sign (now displayed in two pieces on the side of the building).  They also salvaged these letters and display them in the dining room:

This sign sure seems like a candidate for raised opal glass letters.  But with the beveled edges of the cut-out letters, probably not.  Although it appears to be plastic there now, it was probably backlit flat glass originally:

Not in my notes — I think this is from a church in North Beach: 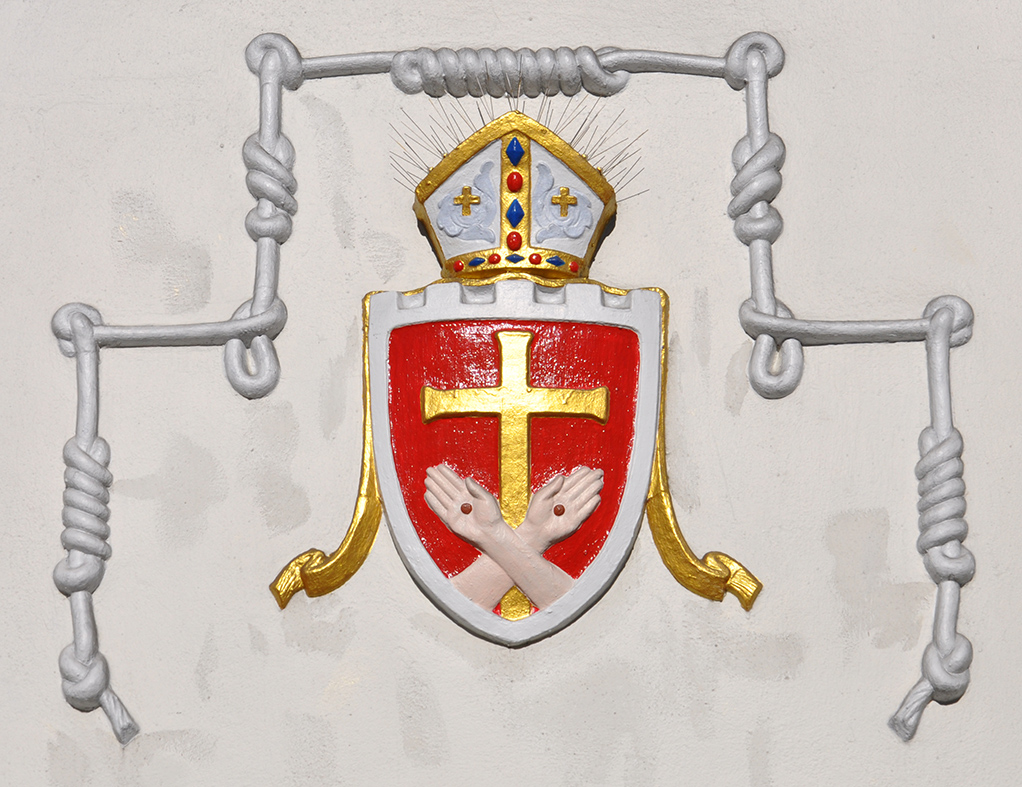 They could have just done the business name in neon — but, no, they went all out here with the channel letters: 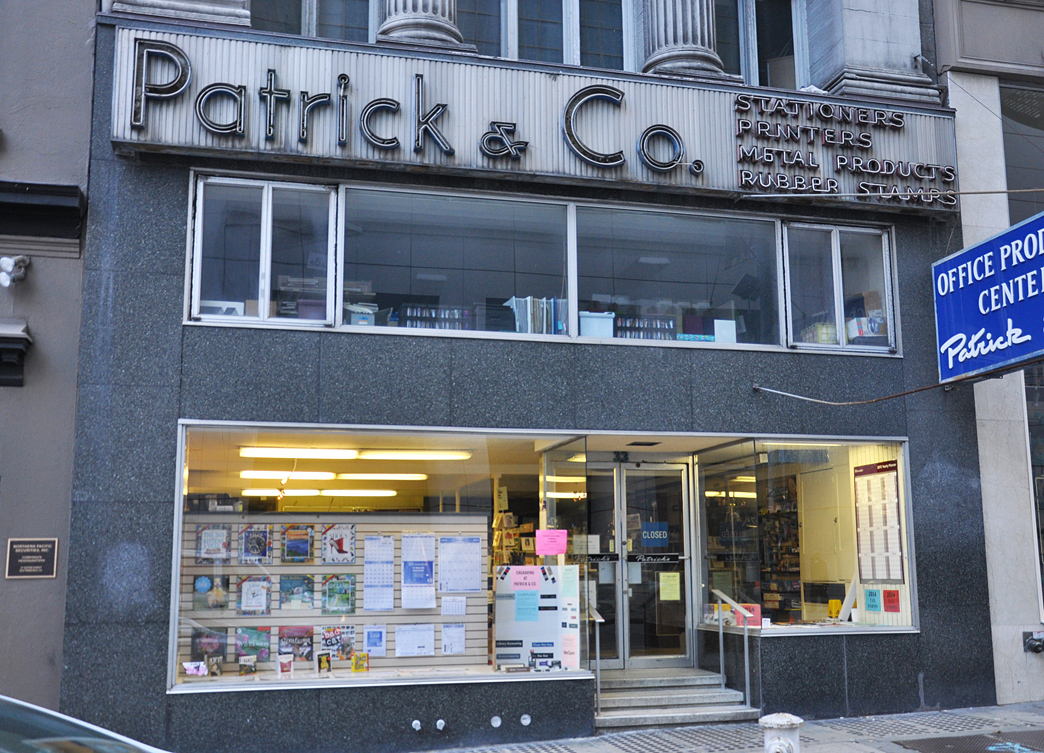 There are lots of nice neon signs in Chinatown.  I’ll control myself and include just one:

For you rust lovers out there, I’ve got a few: 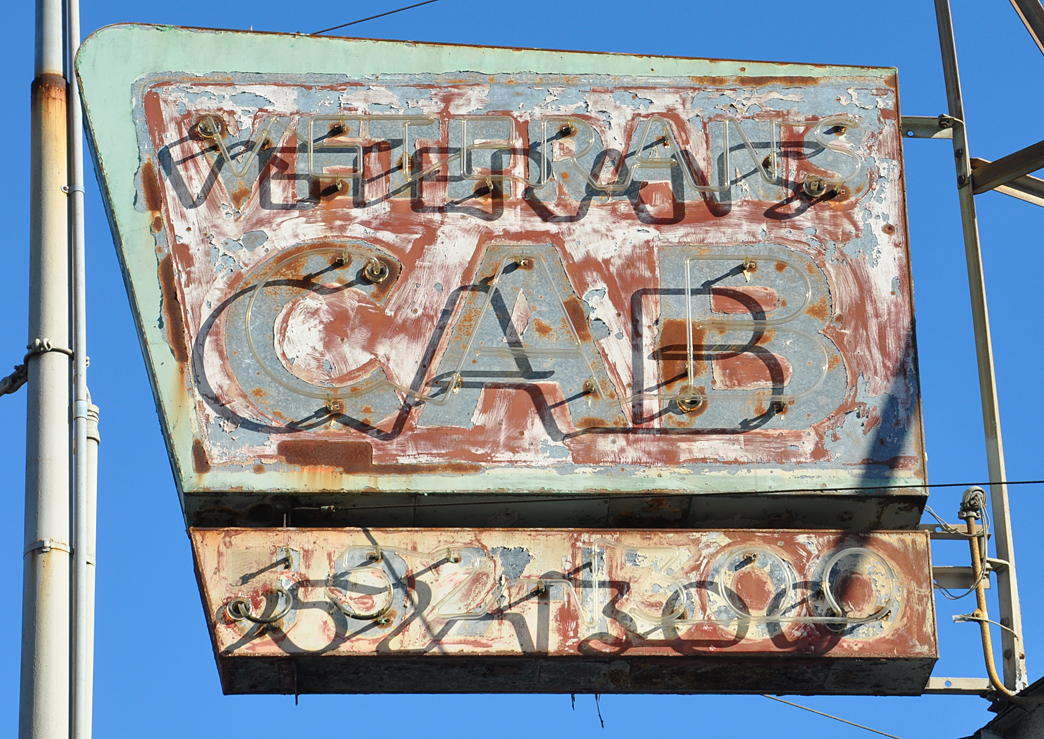 This sign was purchased at a flea market.  The neon was restored but, thankfully, the patina left alone.   It now hangs above the Blue Plate restaurant:

Speaking of eating, I sampled slices of quiche and Shaker lemon pie at this wonderful place — both superb:
http://missionpie.com/

If you want to see more San Francisco signs, you might want to pick up this terrific new book:
http://www.neonbook.xyz/

Moving on to the other posts now…