The sun looked great this morning in Albuquerque — but then it was like one massive white cloud overhead after the first hour.   I got through about 80% of what I wanted in the sun though.  Finished up and was on my way — east to Edgewood, south to Belen & Socorro.  Then west to Grants & Gallup.  And finally way up here to the northwest corner (Shiprock for the night).  Tomorrow, I should be able to finish up here and start on Arizona.  A day early despite all the setbacks!  I sure have contributed to New Mexico’s economy in the past 10 days or so.  I’m hoping Arizona is kinder and cheaper.  Bring on the heat and the sun — the A/C seems to be working.

The dogs have been really quiet today.  I think walking them around in the heat yesterday really zonked them.  One more shot for you from Albuquerque — the giant white cloud on its way:

East of Grants at exit 96 on I-40 are these signs for Whiting Bros.  They’ve been abandoned for many years:

On to Grants and Gallup — where the clouds were only the playful type.  From Grants:

The wind was intense in Grants & Gallup.  I’d say 50 mph or so.  Making just standing still to take a photo a challenge.  You can see the tree blowing in this shot from Grants:

Way too many signs at my blog posts lately.  How about this mid-century modern liquor store in Grants.  The two canopies spear through those rocky supports:

Last one from Grants:

The rest of the photos in this post are from Gallup:

A road snack.  I really needed it since I had hardly eaten anything all day in the interest of maximizing photo taking.  I’d never had guac-flavored chips before.  Pretty mild but tasty.  Though nothing beats plain old Doritos Original Nacho chips or just plain Fritos  in my opinion. 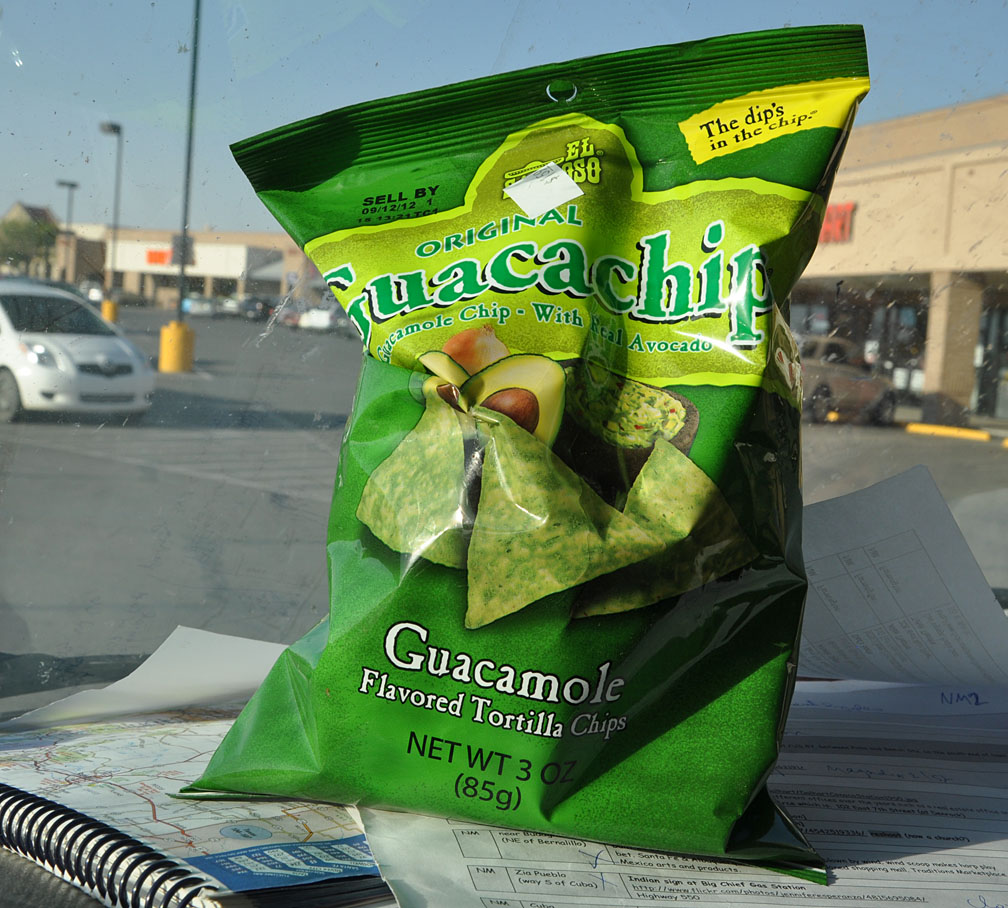 One last sign and I’m getting into bed.  Really need a decent night’s sleep.   I needed three cups of coffee today because of all the boring long interstate drives.  The scenery has been beautiful but not stimulating enough.  The gum and radio are not enough sometimes.  More long drives tomorrow between stops.

This curly arrow sign is at the Red Mesa Express gas station in Gallup.  It doesn’t look like much here — but it has to be at least eight feet long: 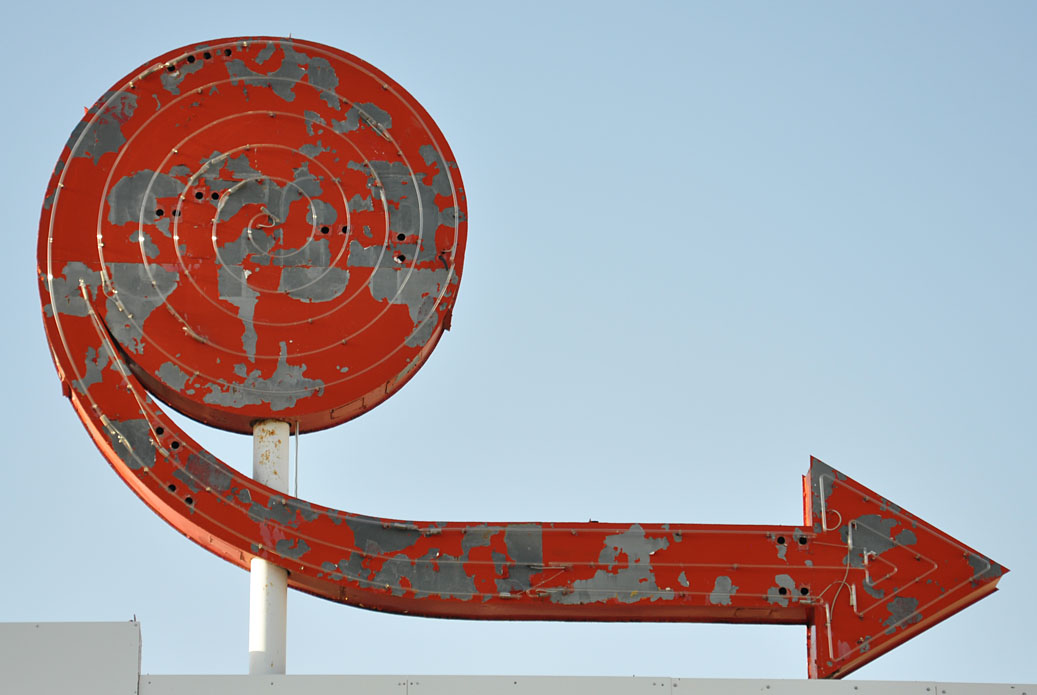 Hope to be writing to you from Arizona tomorrow night.  We’ll be heading mostly north to south but, as with New Mexico, big cities, tiny towns, all over the place.

9 thoughts on “Day 23: Getting through New Mexico”