I took Sparkle in this week for an oil change, transmission flush, new tires and a “look around”.  The mechanics discovered that the brakes also needed replacing.  And so, since I had the day off, I decided to get make another practice run to ensure that all is running right before I head off this five-week marathon roadtrip.  All is good — and I’m SO ready.

So, more stuff for you from today’s Jersey jaunt.  I brought along what I thought was a realistic list & stack of maps but STILL didn’t get to everything by sundown.  Those things will have to wait until sometime in May or June.  Much as it kills me not to finish something.  The weather was great & sunny except for a couple cloudy hours around midday.

On with it — lots to share.   This pair of foam statues is installed in front of Camp Bow Wow in Elmwood Park.  Maybe you can’t tell here, but they are way larger than life (the Golden Retriever is maybe four feet tall) which makes them fun but kind of creepy at the same time.  No way around the chain link since they’re surrounded by it:

Speaking of rivers, things seemed a lot more under control than last week.  Still pretty aggressive water from what I saw but no encounters with road closures.

Of the 30+ years that I’ve lived in NYC (originally from CA), about two of them I lived in Oakland, NJ & commuted to work.  Costly & exhausting, I moved back to “The City”.  One of my fondest remembrances of driving on Route 208 was passing this great Nabisco plant (now Kraft Foods).  It always smells like butter cookies are baking for miles around:

Another shot from there of the product development center — talk about a dream job!  Imagine passing under this MCM portal every morning, working in a 1960s era lab or office — and sampling cookies for a living.  Okay, so maybe it’s not as glamorous as that. 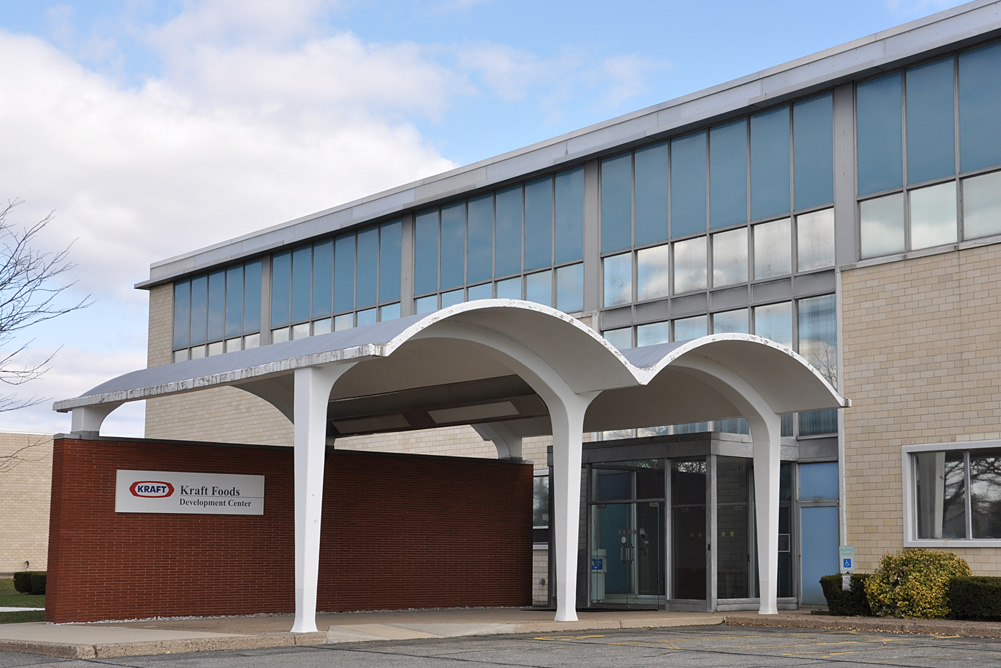 I’ve been a little snobby about not shooting certain gas stations for the site.  Someday, I’ll probably regret it.  I’ve driven past countless Phillips 66 batwings:
http://www.beltstl.com/2006/02/phillips-66-part-1/

for years and only lately have realized how rare they are actually becoming.  When I started the site around 2000, it seems there was one in every town in America.  Now, it seems we’ve gone from thousands to hundreds & maybe not even that many.  I went to reshoot two today in NJ to find them both gone.

Anyhow, I’ve been passing up these stations — they just seem pretty plain to me.  But this one in Hawthorne had a nice cupola:

Later, in Sparta, I came across an identical station with the same cupola with a weathervane & eagle.  This one was a Shell station — but I don’t know if that was the original brand sold: 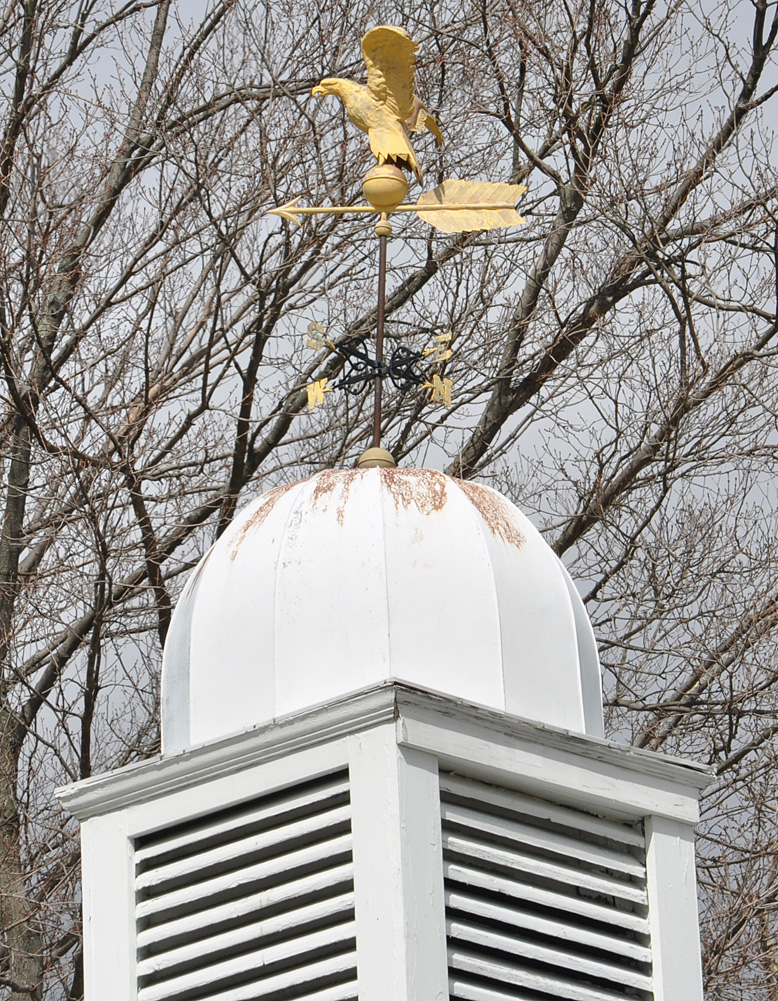 Moving on to some signs…  Great pylon sign at Verp’s Bakery in Prospect Park: 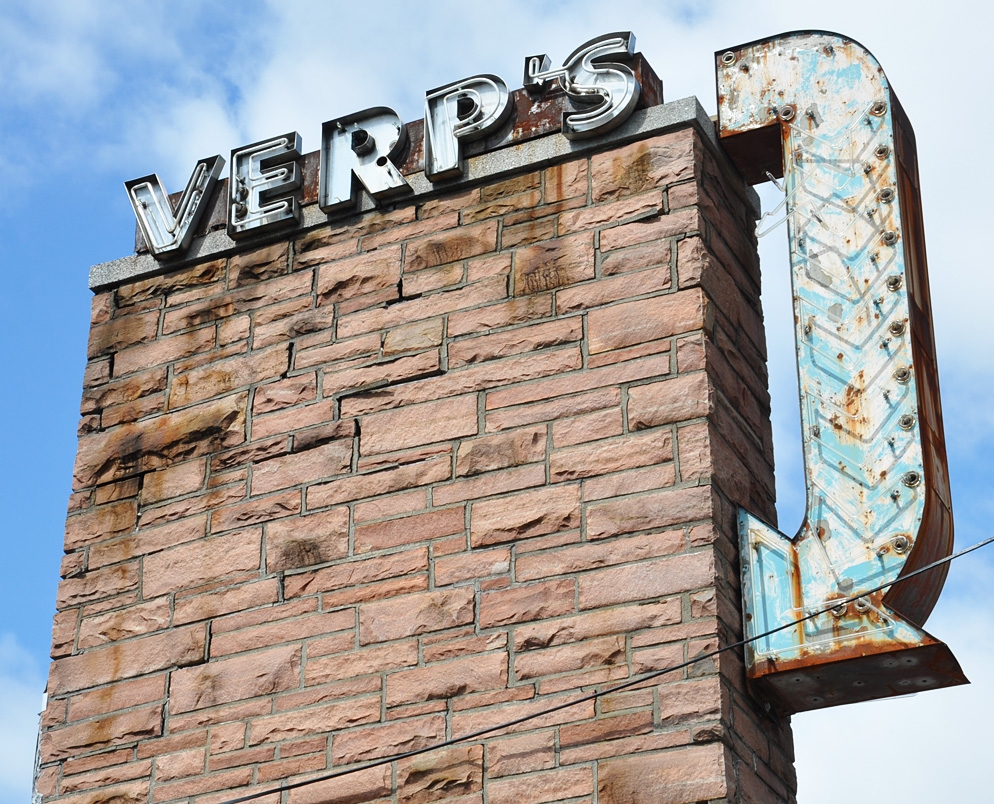 From Tanis Hardware in Haledon, tucked away behind the store.  I’ll forgive this misspelling of Paul Bunyan.  Kind of circus poster-y, isn’t it? 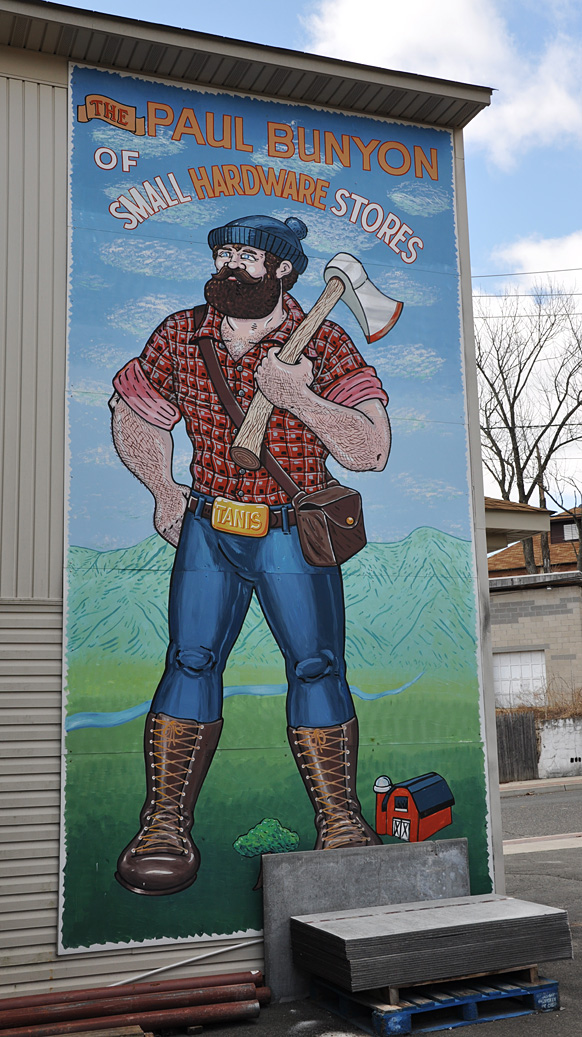 This window skeleton sign has gotta be modern — it’s at a pizza place (Bradlee’s Pizzeria in Wayne) in a shopping center.  But still.  Not animated, but what fun!  And WAY better than those tacky flashing LED “OPEN” signs that are all the rage now. 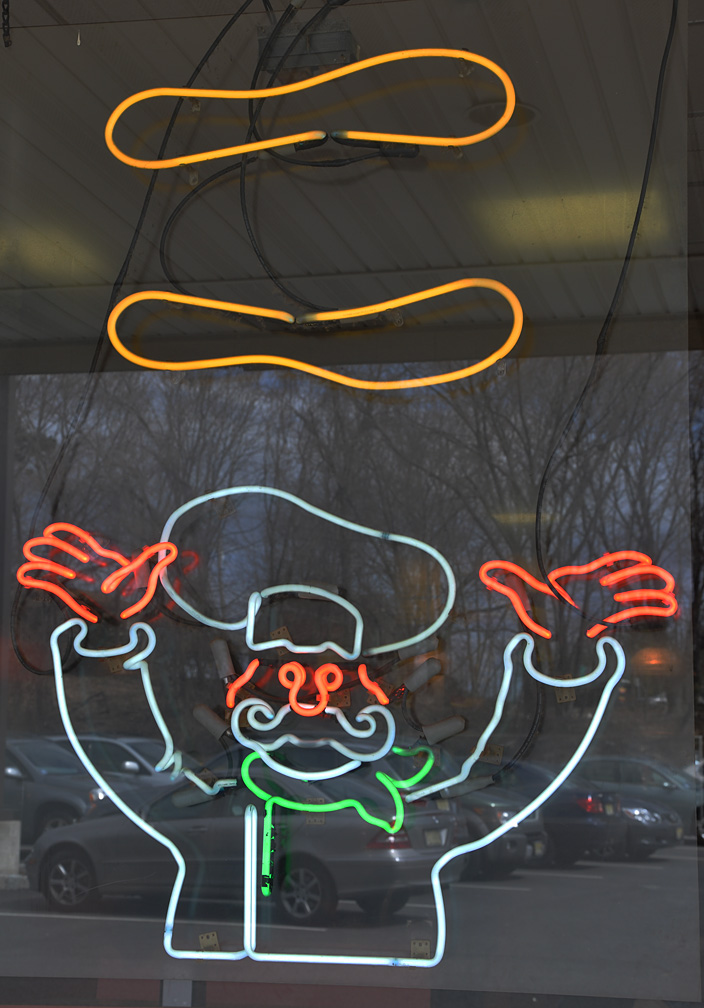 I saw a couple of these “ric-rac-roof” (my name) cleaners today.  This one in Hackettstown.  They seem a lot more common down South.  Or maybe just more have survived there.  Many or most of them were Martinizing cleaners.  I don’t know if this guy originally was: 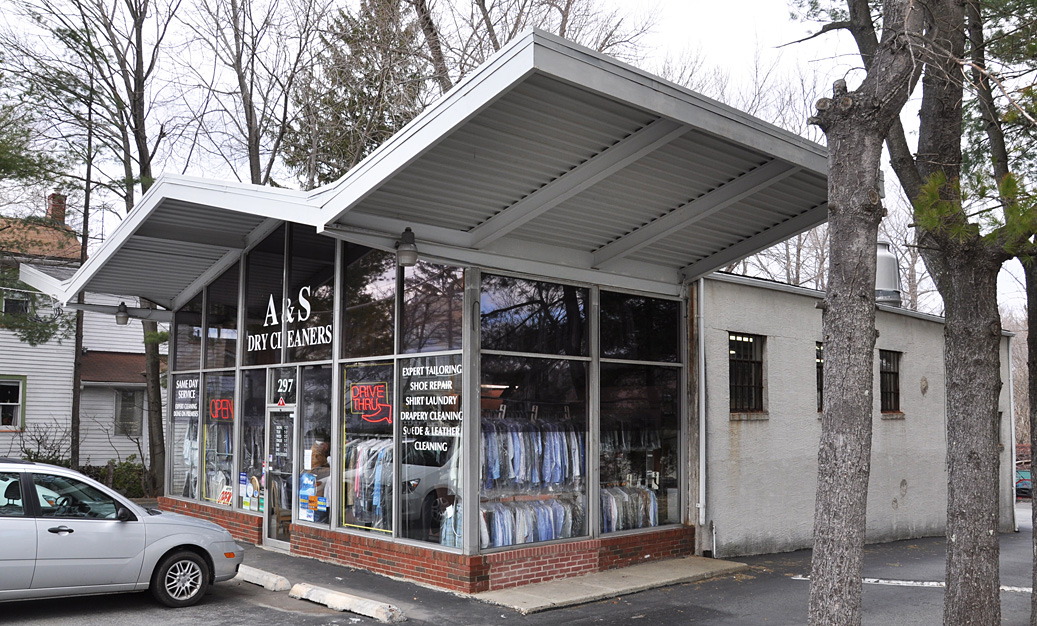 From Great Meadows — this gas station now Gene’s Automotive.  Every time I’ve passed it, the place is strewn with cars & junk, making it not all that photogenic.  But here it is anyway.  Sure seems gravity-defying to me.  Not sure I could live up there:

Plastic letters are really growing on me…  This place (still open) in Washington: 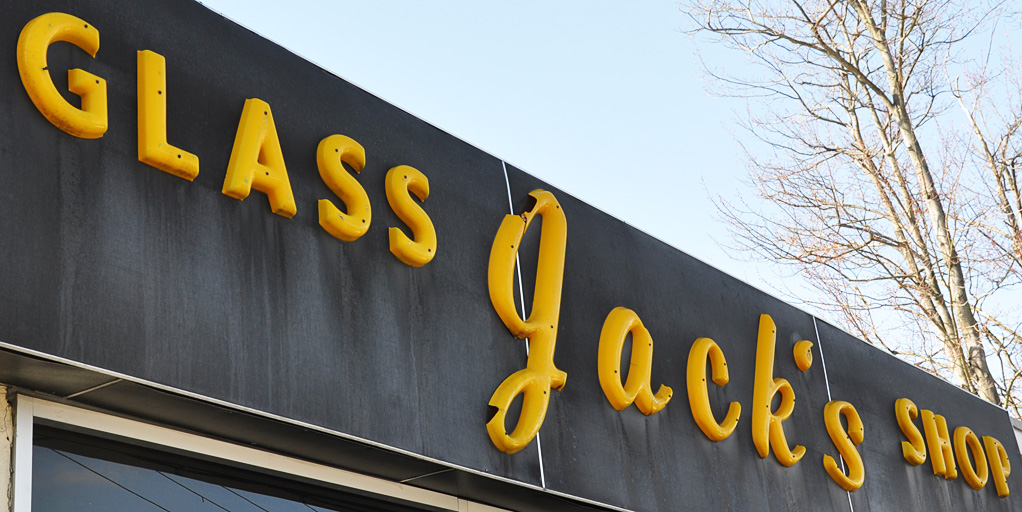 From Flemington — lots to love here:

And, finally, from Cranford, as the sun was waning, and the neon was just getting started, and I was heading home:

Meet you all back here in a week!