The rain stopped for the most part around noon which was a terrific change!  But still the sun never came out so I hope you like photos with grey backgrounds.  Traffic was horrendous in downtown Baltimore because of some running event going on.  A St. Pattie’s Day related thing from what I could tell as there were green outfits and garland-y necklaces.  Everybody on the street very happy – everybody in cars, miserable.

I’m now officially about two days behind – already!  Virginia, as much as I love you, you’re really going to get skipped for the most part.  I promise to make it up to you next spring.  I’ve got DC stuff on the schedule for tomorrow and then I’ll have to painfully prioritize the VA stuff so I can get us into NC soon.

Some noteworthy events.  Someone (not me!) had a little bout of diarrhea.  All I know is I came back into the van after taking a photo and LORDY!  I did what I could with Fantastic and paper towels and put the windows down with rain coming in for awhile.  But I’ll be scouting for a laundromat tonight.  I suspect it was Nik who kept hassling me while I was driving and I thought it was just boredom and lack of exercise.  Sorry buddy.

The other weird thing was when I went to turn the engine off in the afternoon, I couldn’t get the key out of the ignition.  I could turn the engine on and off but I could not get the key out of the draining battery mode.  There were only two options:  a) engine on or b) draining.  I tried different gears.  I tried moving the van forward and backward.  Minor panic since I realized it would be futile to find a mechanic in downtown Baltimore on a Sunday afternoon.  I continued on my photo-taking journey and figured I’d just have to park it and get towed in the morning to a garage with a dead battery.  But since then, I’ve had no problem at all.  Still, I will be very careful where I turn the engine off just in case I can’t get the key back in or start up again.  I also noticed today that when I put my flashers on, which are on the steering column, I have to pull the buttom backwards and up.  Very stiff.  So maybe there is something going on inside the steering column?  I might stop & get this checked out tomorrow.  But the key has been moving in and out like butter since the incident.

Enough text – on with the photos!  This sign cheered me up at the start of this dreary day.  Backlit plastic put to good use (could live without the LED though).  From Hagerstown: 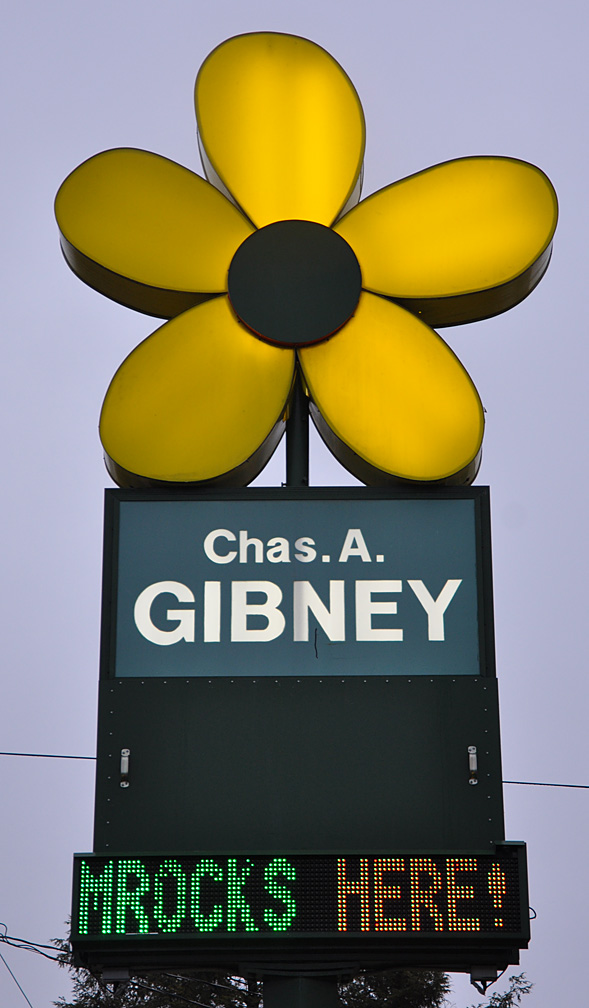 On into Baltimore — bumped into a former Fotomat.  Not being used for anything apparently.  Note the odd little addition:

Adaptive reuse:  use-ta-be an IHOP – now what must be the world’s largest Enterprise office: 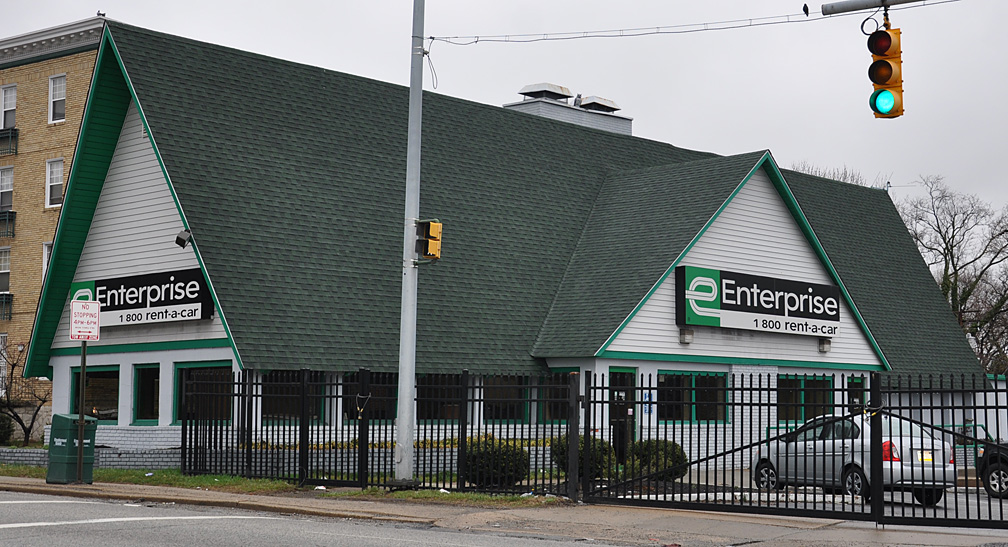 I was glad to see the Cafe Hon giant flamingo.  Last I’d heard, it had been taken down:
http://wjz.com/local/cafe.hon.flamingo.2.1259385.html 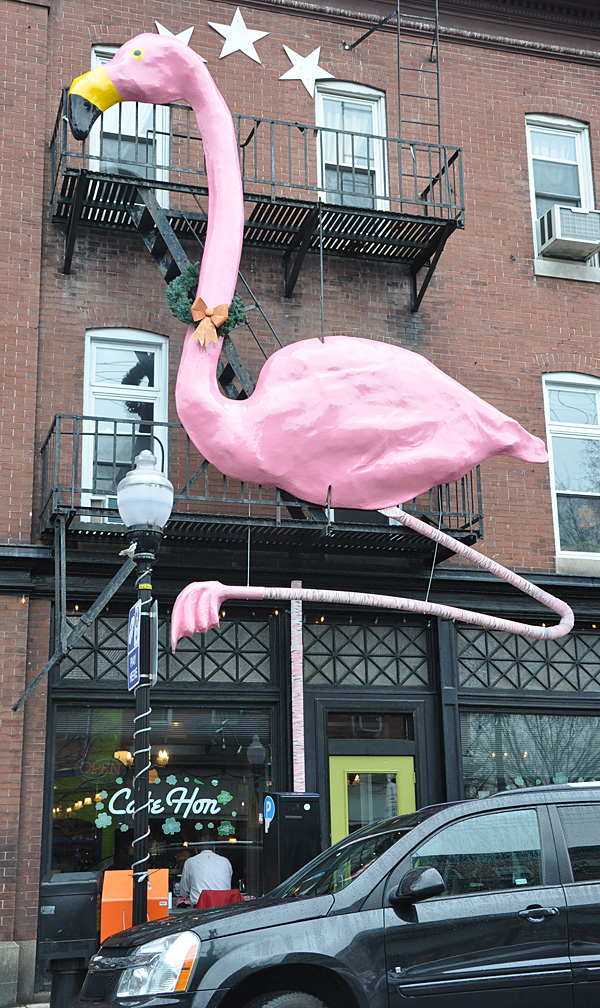 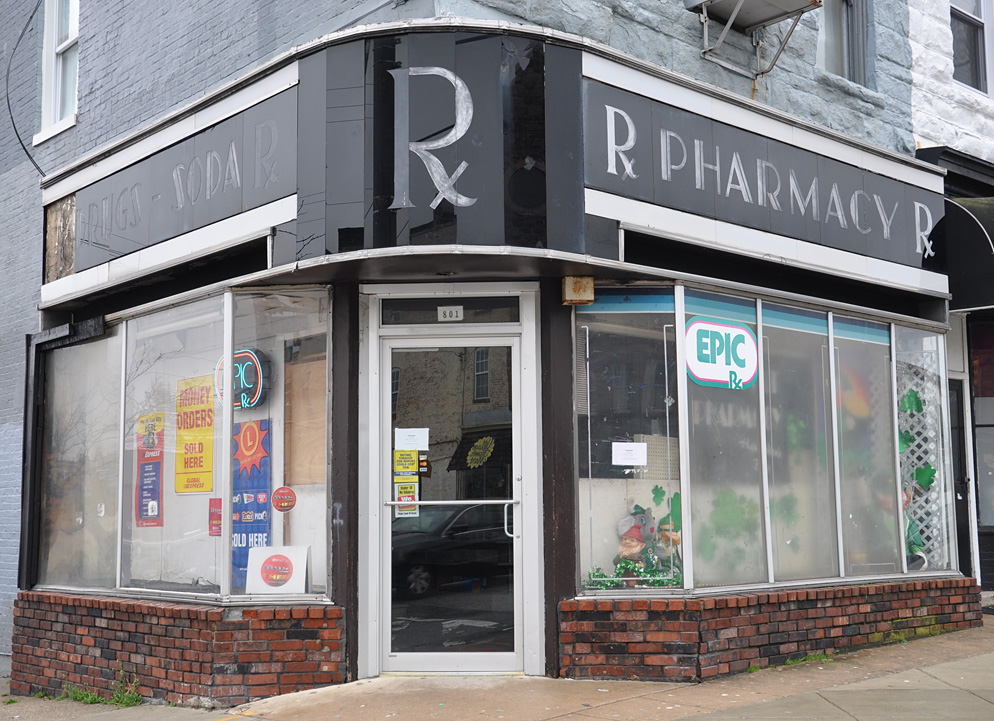 I deliberately cropped the bottom off this photo.  It was too painful to look at what they did to that part of the building.  At least the top was spared:

A former White Tower held together with spit and glue (note “carry-out” equals “take-out” in this part of the world): 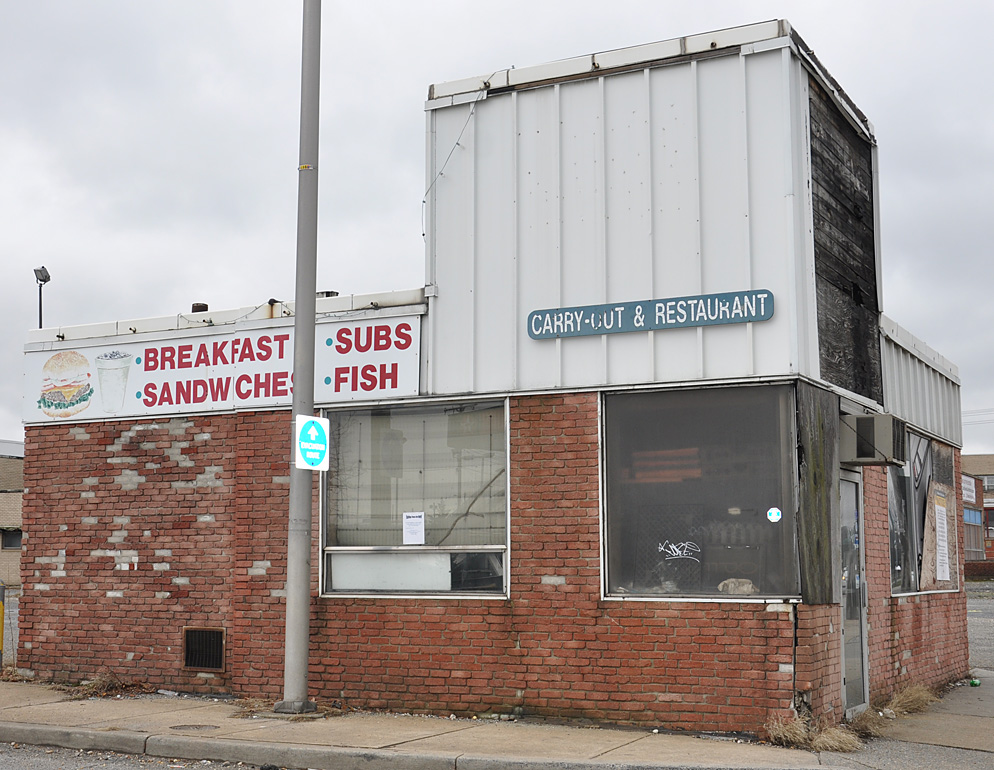 What a White Tower should look like if you don’t know:
http://www.agilitynut.com/eateries/wt2.html

A former drive-in from 1947 and last I saw it, it was an ice cream place —
http://www.agilitynut.com/eateries/md.html
Now, it just seems very sad, even all spruced up, as a non-food use, used car dealership.  Note the hamburger bulb sign (shown at that link) is also gone now:

A pretty facade to pick us up.  From Laurel, MD – still in business.  Great freestanding metal letters.  And even if the neon is gone from the sign, it’s nice to see that they’re still keeping up with the paint: 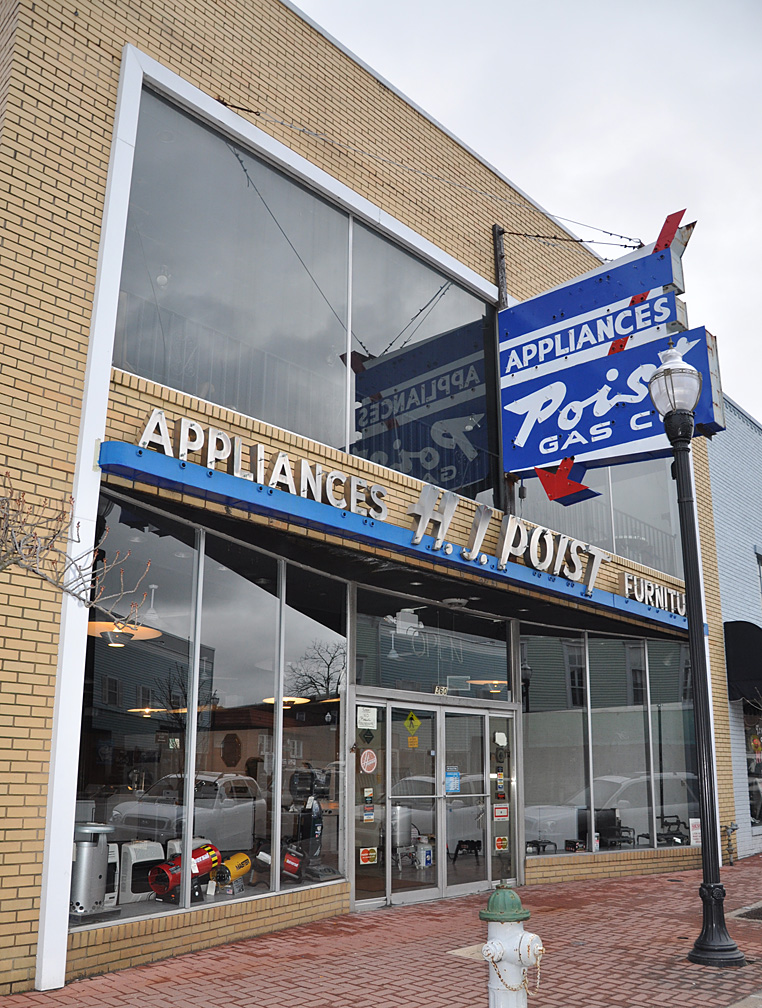 And lastly, a view of Baltimore’s Domino Sugar factory & sign from across the harbor.  I found this great, somewhat skanky spot to run the dogs.  Too cold to go in the water I’m sure but they could have (and probably caught some waterborne disease).  There was a big gravely lot and even some grass to the right and not a soul around.

Yes, it’s true.  I haven’t included any photos of the dogs OR food yet.  I will though.  I’m still actually getting by with food brought from home.  Gotta cut corners somewhere – these trips are expensive!  So I don’t think you really want to see my cheese and peanut butter sandwiches (no, not together, but that might actually be good).  I’m due for some junk food and the dogs are demanding a long run somewhere.  Hopefully, tomorrow, in the sun!