Need I say it.  More rain, more grey.  BUT the forecasters are saying by noon tomorrow there will be, what was it called – yeah, SUN!  It’s nearly 1am and I’m way behind in getting this post up.  Lots of photos, too, so let’s cut the chit chat short tonight.

Traffic – lots of that.  Not one but two police funerals with thousands of policemen on motorcycles.  Which makes me wonder, I’ve never seen a woman officer on a bike – why’s that?  No time to digress now.  No trouble with the ignition key since yesterday.  In fact, it slides in and out better than ever.

First off — I forgot to include this photo from yesterday in Baltimore.  I’ve never quite seen an array of Big Brother cameras like.  I’m not sure which are traffic related and which are just general surveillance.  Or maybe they are all just for show?  I guess we’ll be seeing a lot more of this stuff.  Or not – as the cameras get smaller and less noticeable. 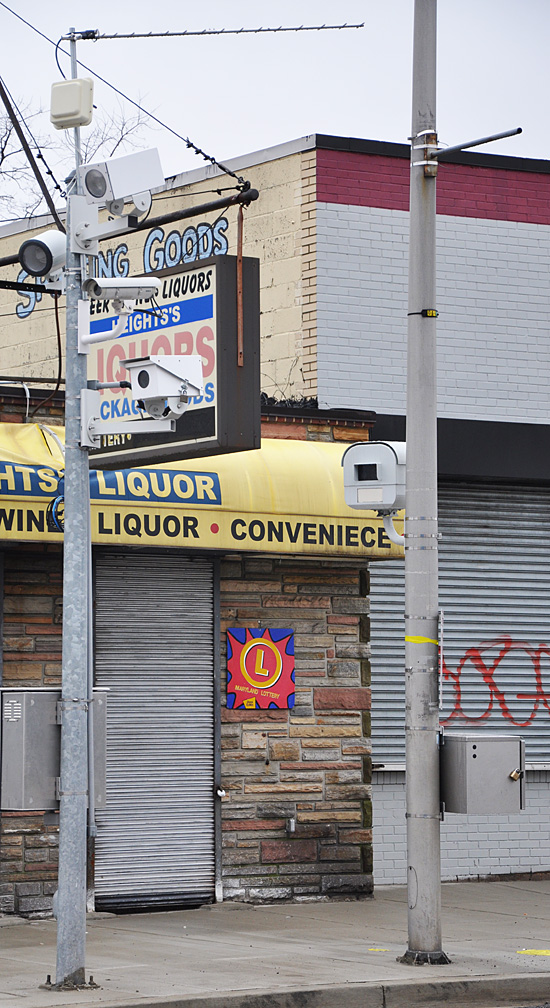 On with today’s stuff.  In Wheaton, came across this tribute-y painted wall mural – with a Little Tavern in it.  Spencer, are you out there?

And just across the street – for another loyal blog-follower – proof that there were Marina-esque Safeways here in the East.  Although, as you can see, this one is quite blatantly closed:

A couple cool soldier statues — haven’t seen this type before — at Ranger Surplus in Bethesda.  This was the nicer of the two.  Life-sized if you’re my size (I’m only 5′ tall) — otherwise maybe a little short.

Dogs, you want dogs?  Prepare yourself for doggie overload.  I’ll divide up the batches so it’s not quite as bad.  Some of the dogs are settling down.

and some are not (a momentary lapse in the bark-fest):

Although even sometimes the devil-spawn takes a nap:

This appears to be an old fire call box – although the guts are all gone now.  In DC:

I have been taking these big March trips for awhile now and have many memories (and photos) of these dancing Liberty Tax people from various cities.  It’s become a habit to shoot one per trip.  This woman in DC was really getting down with her dancing before I stopped with camera.  Then became all hiding and worried.  Never quite got the moves back even after I explained the photo was “just for me”, a souvenir of my travels, etc.  But at least she got back to smiling.  Now, is there a Flickr group for dancing Liberty Tax people?  There’s just gotta be.

If the S&S Shoe Repair in DC isn’t a historical landmark inside and out, it should be!  Established in the 1920s they told me.

Doggie batch #2 — but mixed with historic tombstones to make it more palatable for you non-dog-lovers.  Whenever in DC, I make a pit-stop here at the Congressional Cemetery.  Dogs are allowed off-leash here.  I know I posted some photos of my guys here last year or the year before.  This was Grem’s first time here and the bars surrounding the place would be very penetrable if she desired.  So the lucky girl got to wear her humongous zapping collar.  The need didn’t present itself to use it though and she had a blast running the vast expanses and running right back each time I called.

Anyhow – more about the cemetery and the off-leash dog stuff:
http://www.absoluteastronomy.com/topics/Congressional_Cemetery
http://www.cemeterydogs.org/

You should really be a member to use the “dog park” but I admit I’m not.  It’s time I made a contribution though and I’m making a note of it. 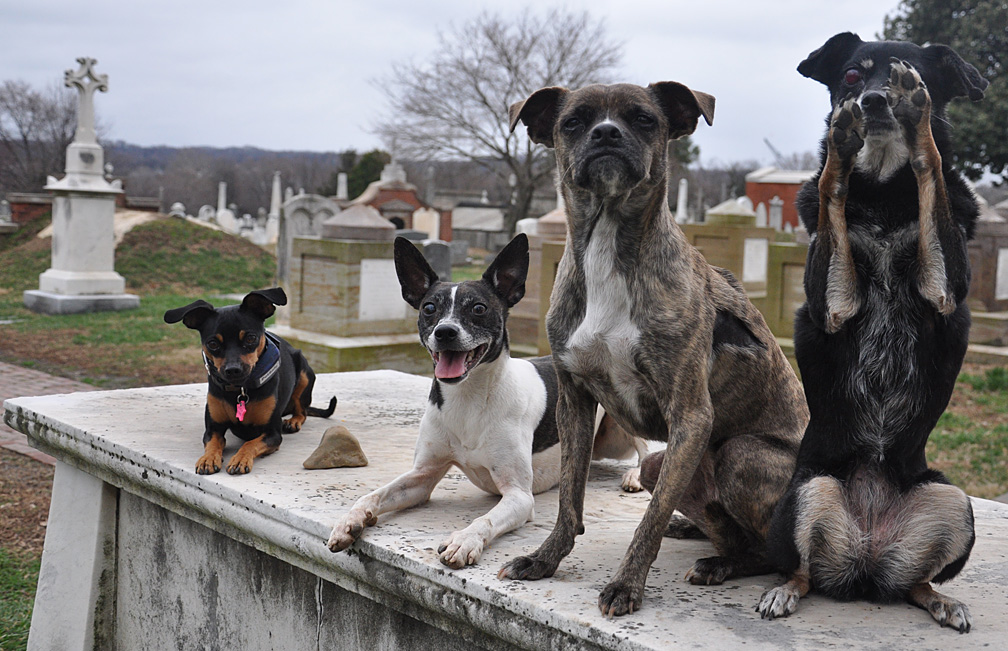 That’s Nik galloping around.  With this super bouncy ball, he doesn’t need me and I barely saw him.  I know that he keeps track of where I’m at though.

That’s Grem doing a run-by at center and Fixie sniffing something at right:

No separate photos of Grip who was pretty much glued to me since I was packing cheddar cheese. 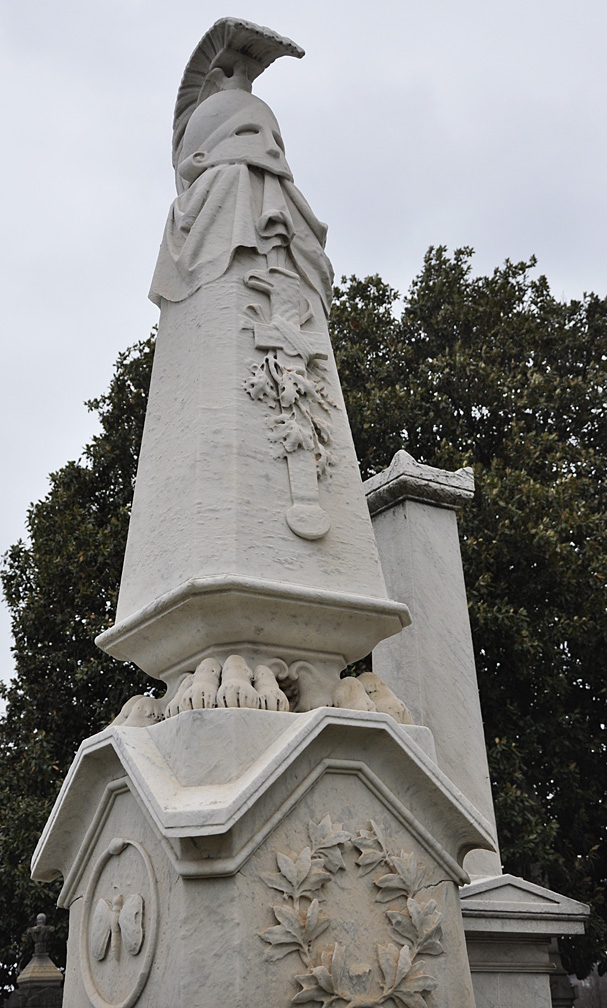 One more shot in DC.  I’m a sucker for buildings that use stone like this:

And lastly (hey, did I not take any sign pictures for you? If you’re feeling deprived don’t forget about the agilitynut stream over at Flickr), a smidgen of food for you.  Sorry, no junk food photos today.  Still working on my lemon creme cookies from home.  But let me sing the praises of my beloved WaWa.  Let me count the ways of how much I love this gas station chain.  I love that every single one of them has the bathroom on the left — in and out, and back on the road.  They all have the cash registers that make sounds “ka-ching!”.  And “The Wa” has wonderful snacks.  Here’s just one of my faves (bo-ring to you all I’m sure): 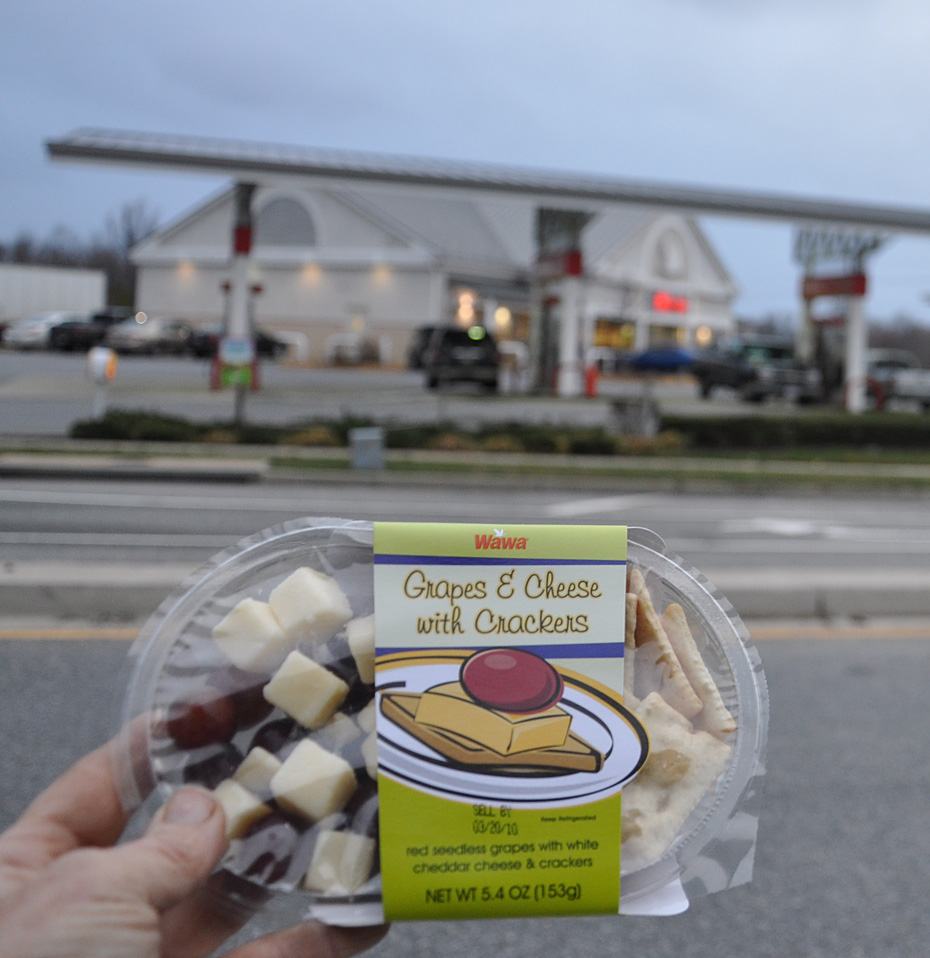 The hummus with pita slices ain’t bad either.  But they also have a lot of other fresh stuff in convenience packs like this.  Most gas stations have nothing.  Yogurt.  A banana if you’re lucky.  I’m also a huge fan of Sheetz – another big gas station chain in the PA / MD / VA area.  I’m crazy about their computerized sandwich-making system.  So George Jetson – to me anyway.

2am – gosh.  Here’s the plan then.  I dumped a lot of coffee in my system tonight (can ya tell?) and drove into VA a bit.  Painfully skipping stuff on my list.  Tomorrow, will be even more painful as I have to tighten up and just hit some priority stuff en route to NC.  I want to show NC my love this time — probably 4 days worth.  And VA will have to get a special trip all by itself sometime later this year or next.