The day didn’t start out too well.  A seatbelt ticket in Wabash.  Got pulled over by a muscle-bound motorcycle cop.  A little printer right there in his saddlebag.  But hey, only $25 — five times cheaper than a parking ticket in NYC!  Click-it or ticket.  Still no speeding tickets yet and boy have I deserved them on this trip.  I do try to hang with the pack when it comes to speeding.  It is kind of like a herd of gazelles never knowing when a hungry lion will strike.  You’re better off in the middle.

No doggie news — which is a good thing.  Nik’s toe or leg seems better.  I gave him just one good run in the morning and then tried to keep him quiet after that.  I didn’t find any water sources today.  I’m a lot more skeptical of potential fishing spots right now.  It’s possible he might have stepped on a lure or gotten his leg tangled in some line.

Progress report:  it looks like I’m running about a day behind right now.  According to the schedule, we should have finished Indiana today and there’s about a day’s worth of stuff left — even hustling.  I do want to do a thorough job with Indiana, Illinois and Iowa.  After that, I might have to shave some Kansas and Missouri.  Maybe pick up those pieces next year.

On with the photos!  This one was in Wabash, shortly after my encounter with the law: 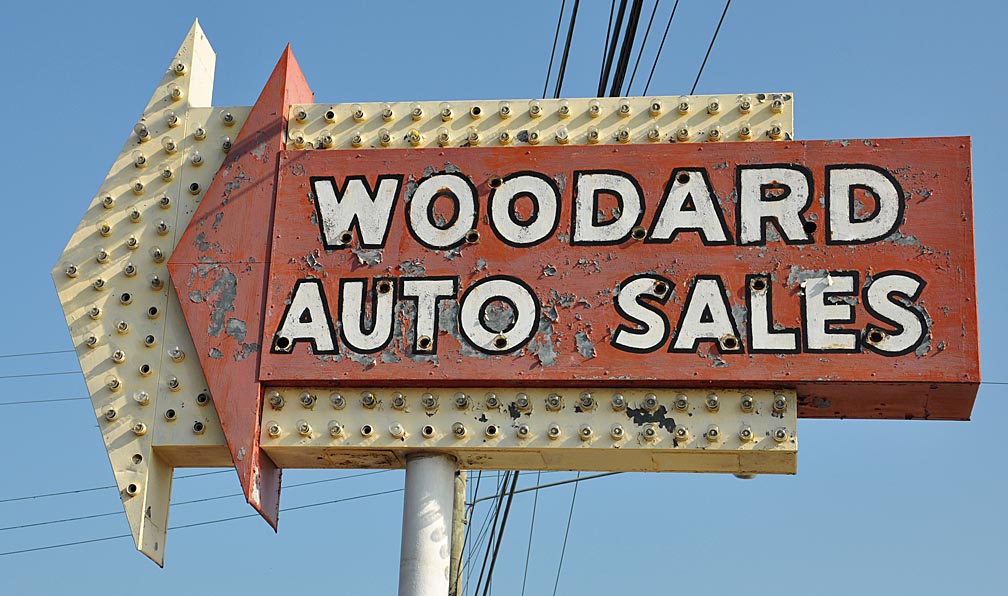 These next two are from Huntington and go in the “What Were They Thinking” category.  This perfectly nice streamliney stone building is obscured by some giant piece of plastic crap.  I could not figure out what that ridiculous thing was.  Just a few feet deep — not enough to be a canopy.  I love the modern mini microvan next to the macho trucks.

And this thing — god knows!  What were they covering up?  Who in their right mind thought this up and who at the City gave it the go-ahead?  Right there on Main St.  Sorry about Sparkle’s butt in this photo — I wasn’t taking this picture all that seriously.

I stopped in at Nick’s Kitchen in Huntington.  It was recommended by someone that I get the butterscotch pie.  Now, I’m no expert on pie — other than the slice back in Sidney, OH, I haven’t had pie in years.  I was kind of expecting cream pie to be a little more solid but it seems this version was more liquid than pudding.  Tasted just fine though but I was glad I had a spoon in the glovebox.  The pie was resting befittingly on the section of Indiana that we were tackling today. 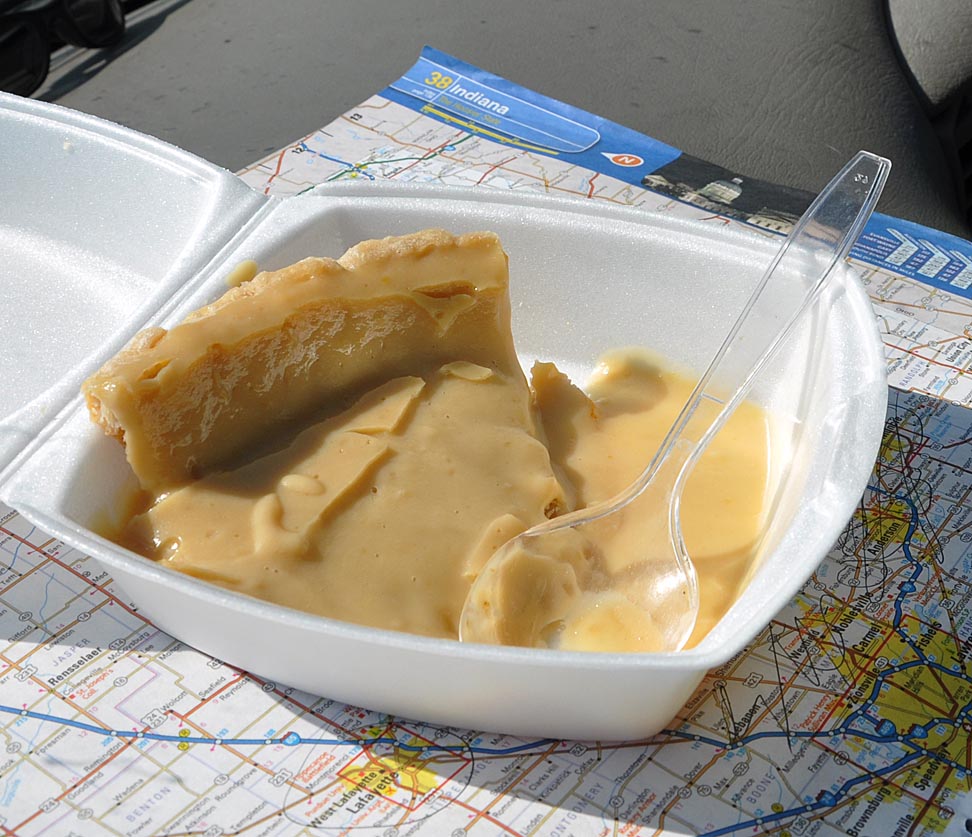 Lots of good stuff in Fort Wayne.  If I’ve been there before, it was only briefly.  This time I came armed with a list of about 30 things.  Neon missing but it looks like they keep maintenance on this sign seriously otherwise.  And I love this stone that appears everywhere, on everything in Indiana.

Another pretty sign in Fort Wayne that I’m sure looks nothing like it did originally.  Bonus points for the depiction of the steaming bowl: 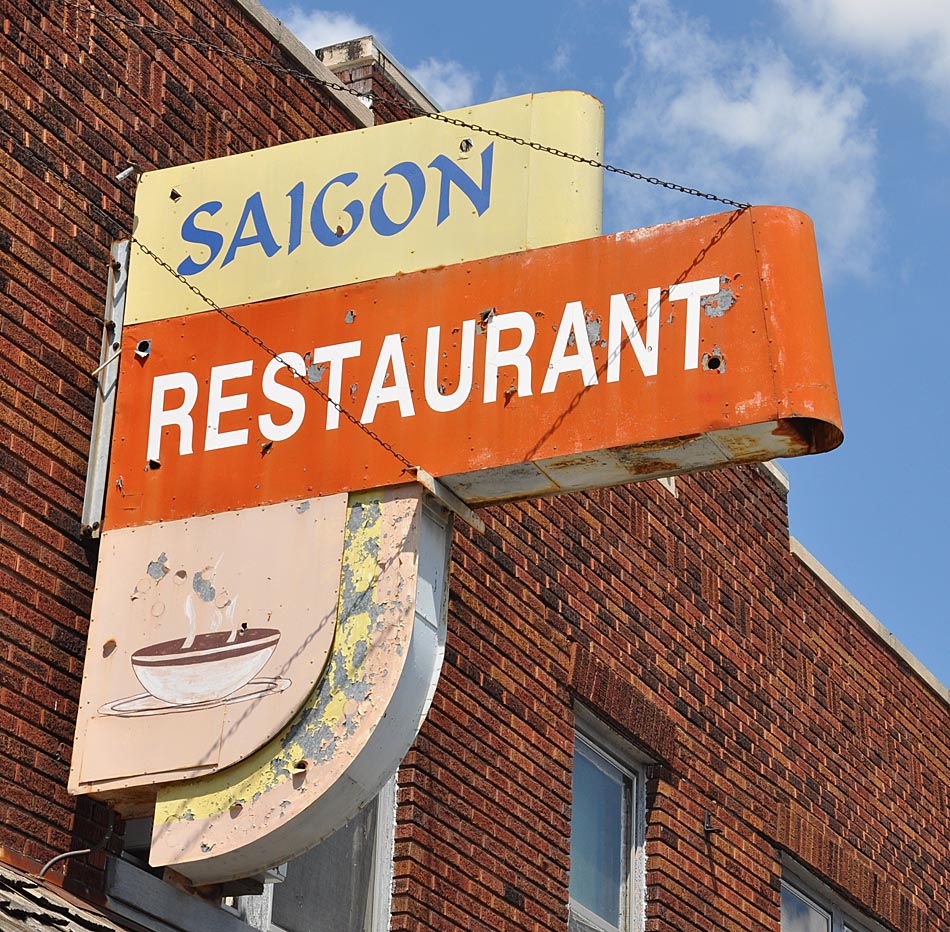 This cute-as-hell BBQ shack-mobile was in a shopping center in Fort Wayne. Where’s the moonshine still though?

Cindy’s Diner in downtown Fort Wayne is on a busy corner.  They have several bird feeders and suet holders hanging from the side of the diner’s awning which are well attended.  The birds wait in the nearby trees and then swoop down grab a few bites between gaps in pedestrian traffic.  This goldfinch was the bravest of the bunch.  He kept an eye on me though.  Not being a nature photographer at all, I wasn’t sure what setting I was supposed to use since I was about 30 feet away from this guy.  Get out the tripod and use “Action”?  No time to fuss so I just used my normal auto setting and “Dee” did pretty good anyway.  There’s only a slight blur to the bird’s face.

A few signs from Fort Wayne: 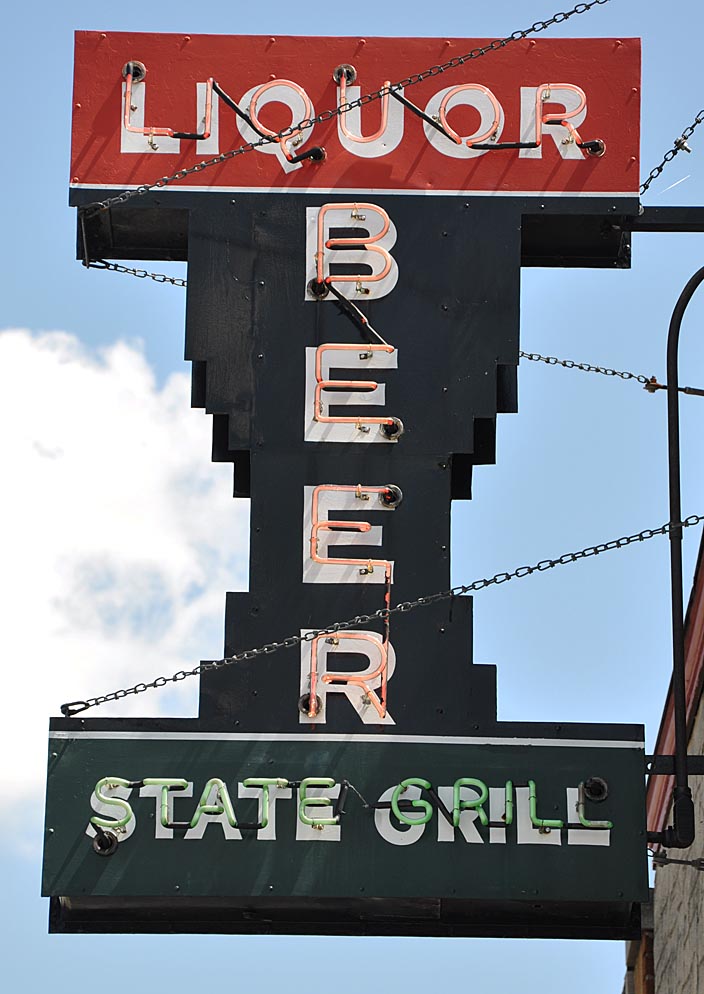 How could I resist this roadsnack?  Poker Chips!  Haven’t seen these before.  I give them a B- for flavor, an A for design. 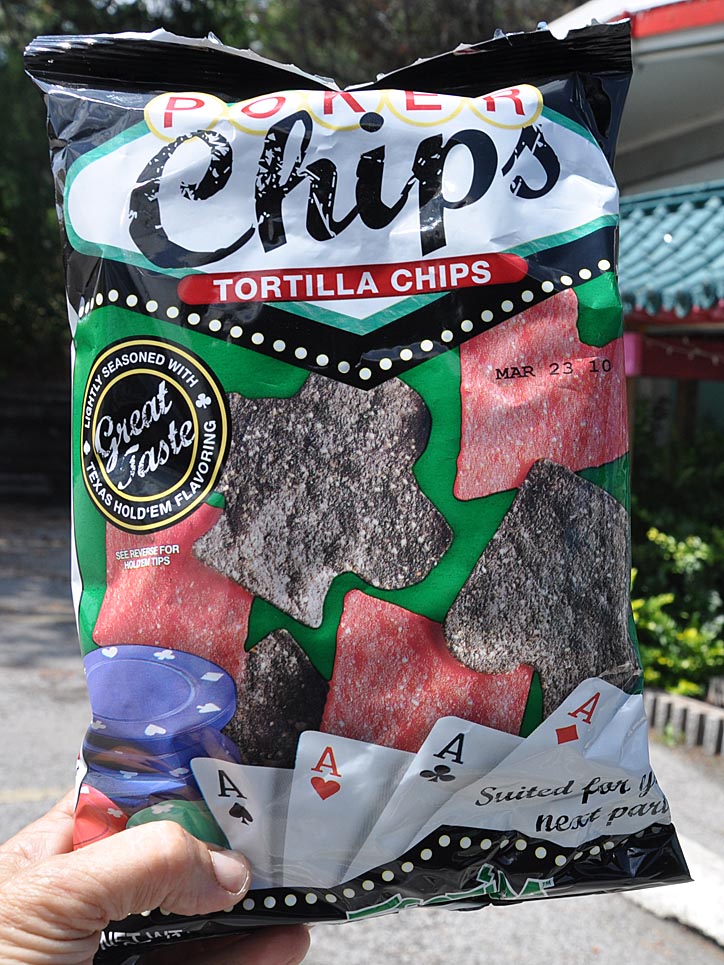 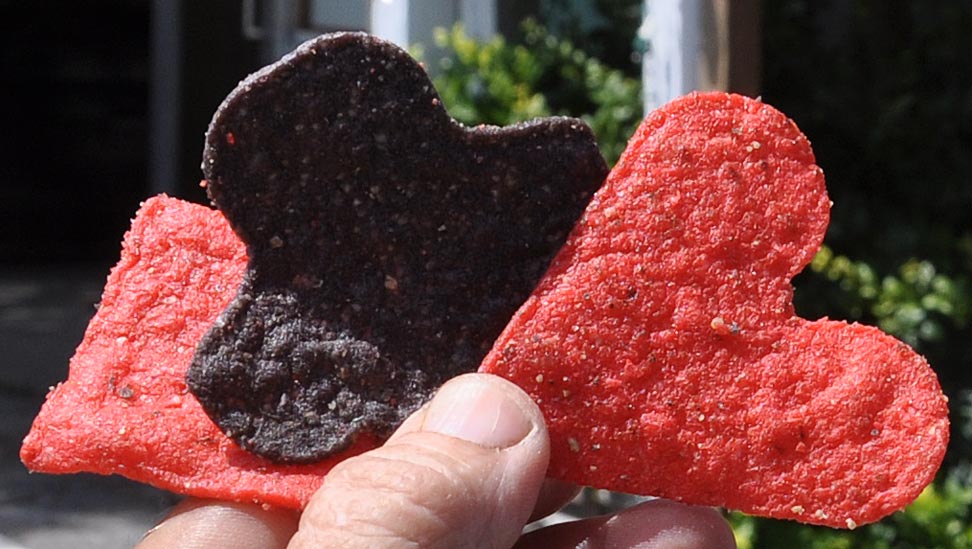 A hardware store in downtown Auburn still alive and kicking:

Not usually my era, but lots of neat buildings in Kendallville:

And finally, this big guy in Elkhart.  I’m not sure how old he is or if he is a modern replica of an older sign.  A shame about the LED though.  I don’t understand why cities forbid neon but allow LED — I find these flashing, texty signs far more distracting.