I’m down to the final section (signs) of my winter updating project.  I’m about halfway through that so it’s time for a few blog posts.  I think I can wrap things up in a week or so.  Then, I’ll take a few local-ish roadtrips and start planning the big summer trip.

Here are some of the biggest losses from the past year or two. Got the Kleenex or alcohol handy?  If my blog posts are new to you, the photos are mine while the “afters” are captures from Google Street View.

The former Hyatt Lodge in Port Huron, MI was branded as a Super 7 Motel when I took these photos in 2011.  It later was painted blue and known as the Main Street Lodge & Suites.  By early last year, the building had been demolished.

This round mid-century modern bank in Boulder, CO last housed a Wells Fargo.  It was surrounded by chain link fencing in 2018… and now it’s gone:

This former Big Top store in Denver, CO was demolished in 2018.  Luckily, there are still a few surviving buildings:
http://www.roadarch.com/modarch/food3.html

Here’s the “after” showing what it looks like now as the “Renova Flat” – ugh: 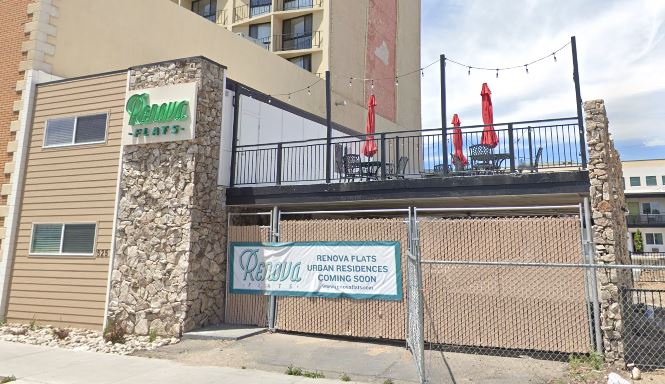 I never did solve the mystery of this dome in Cleveland, OH — when it was built and for what.  It was demolished around 2018:

This St. Peter’s Church in Akron, OH was also demolished around 2018:

These two former Fotomats in Ohio are gone now.  This one in Canton, OH was gone by 2017:

This building in Eastlake, OH was gone by 2018.  It may have housed a moving & storage place originally:

The St. Mark’s Lutheran Church in Provo, UT  was demolished about a year ago:

The Global Credit Union building in Spokane, WA was demolished about a year ago:

The Midland County Courthouse in Midland, TX was demolished in 2015. Google Street View is behind in many smaller towns & states.  Sometimes, the newest photos are from 2013:

This building in Amarillo, TX was demolished in 2018.  I never did figure out what was housed here originally:

The First Pasadena State Bank Building in Pasadena, TX was demolished last year.  It had been vacant since at least 2005:

I’ll be back in just a few minutes with the first post about signs.  I promise, it won’t be all bad news!