In case you noticed, there is no post for Day 7.  That’s because I was totally shut out by rain.  I spent the day grumbling in a hotel in Lafayette, LA.  The dogs didn’t seem to mind.  It was supposed to rain for two or three days but when I woke up on Day 2 and saw the sun, I couldn’t check out fast enough.  Luckily, I parked Sparkle on high ground but there were plenty of other cars wheel well deep in water.  Some clouds slowed me down but I learned to be patient and wait a few minutes, sometimes even an hour.  I don’t shoot in cloudy weather because photos that aren’t lit by the sun just aren’t worth it.  It only means I’d have to go back to reshoot — a waste of time and gas money.

For example, in Abbeville, LA, there was no sun at all — an otherwise nice Rexall sign dull and dreary.  No sunny reflection on the porcelain and a depressing grey sky behind it.  Sad. 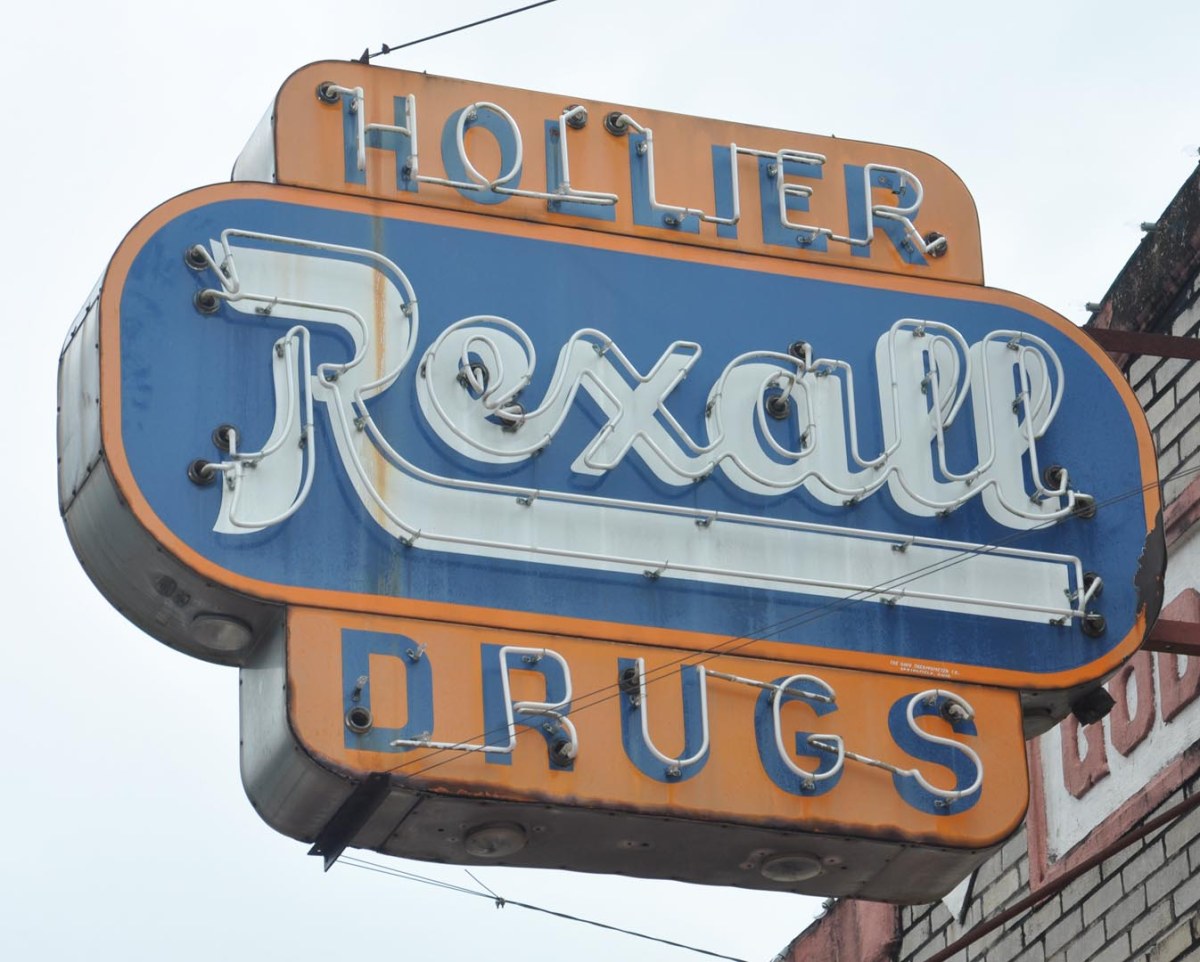 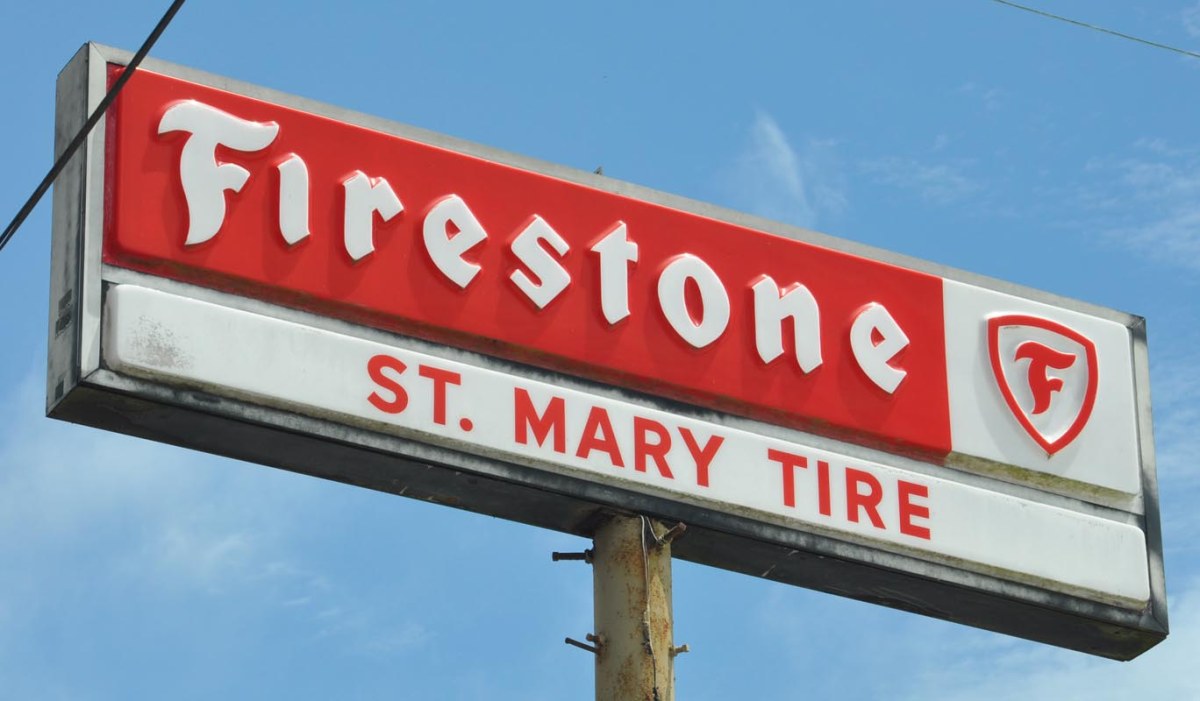 But even sun can’t help faded plastic (the woman with the groceries) and the glazed porcelain (a little elbow grease buffing and that red would be gleaming) — this one in Morgan City, LA: 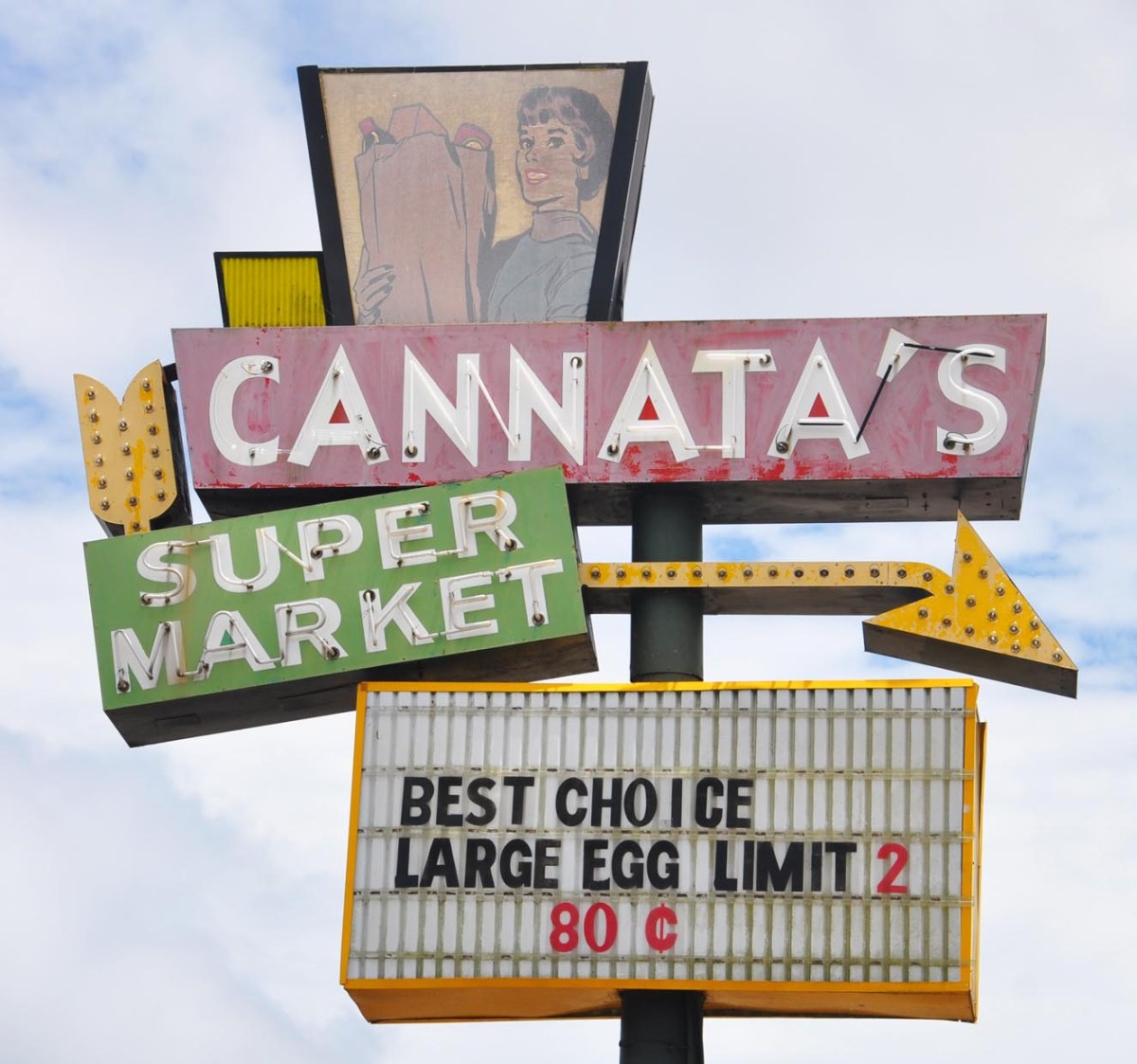 This one in Thibodaux — sometime after 2012, they messed with the bottom of the sign, replacing “BAR” with “Sports Grill” not bothering to paint white letters behind the neon.  I’m sure it originally had a nice detailed border around the edges of the panels.  But, hey, we just gotta be grateful that it’s still hanging.  That rust at the bottom is pretty amazing, isn’t it.  I wouldn’t walk directly under this one. 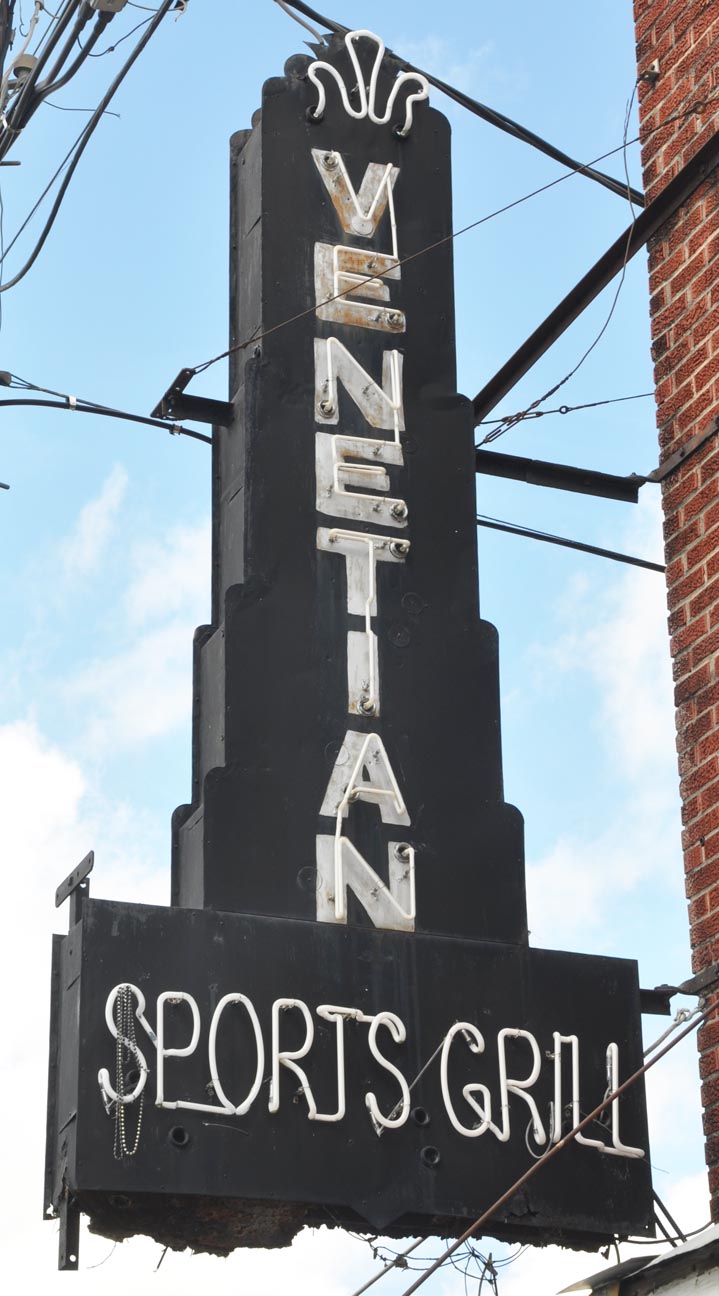 This one in Houma, LA: 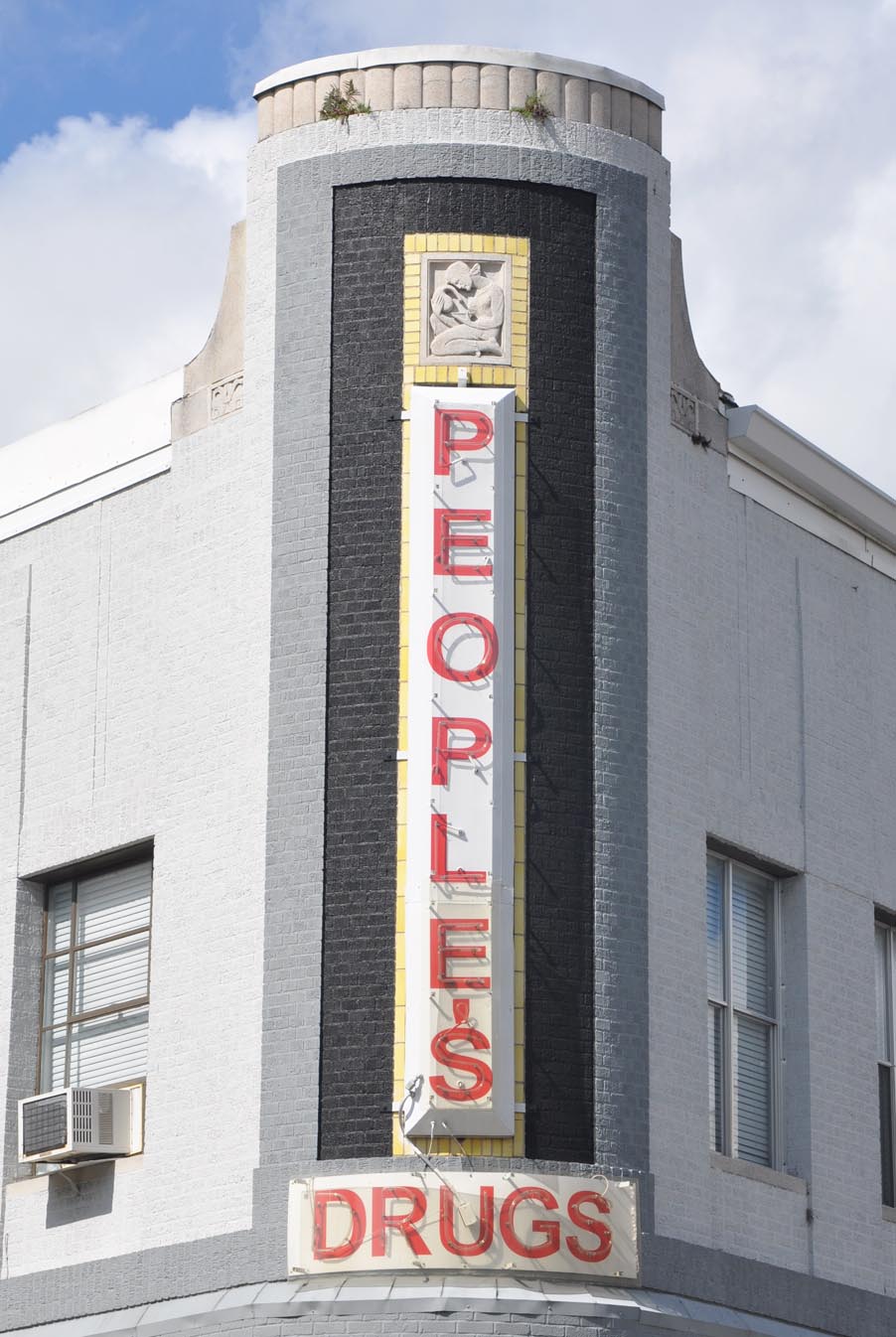 This postcard shows what the original look was when it was the Theriot Pharmacy: 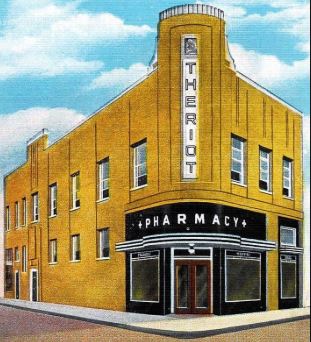 This modern Frostop mug is located in Destrehan, LA.  It’s a long saga covered at my website but I’ll make it brief here.  The owners had a big revolving mug but were not allowed to display it at their new location in a shopping mall when they moved in 2007.  So, the mug remained on the ground, hidden on the side of the building.  The owners tried to sell it on eBay for nearly a year but never got a nibble.  They finally donated it to a prop shop.  So, it’s in storage somewhere.  This new sign went up about four years ago.  And as modern signs go, it’s a good one with the simulated foam and neon lettering and handle.  If you’re curious about Frostop, I’ve got three pages worth of signs and buildings here:
http://www.roadarch.com/vessels/mugs.html 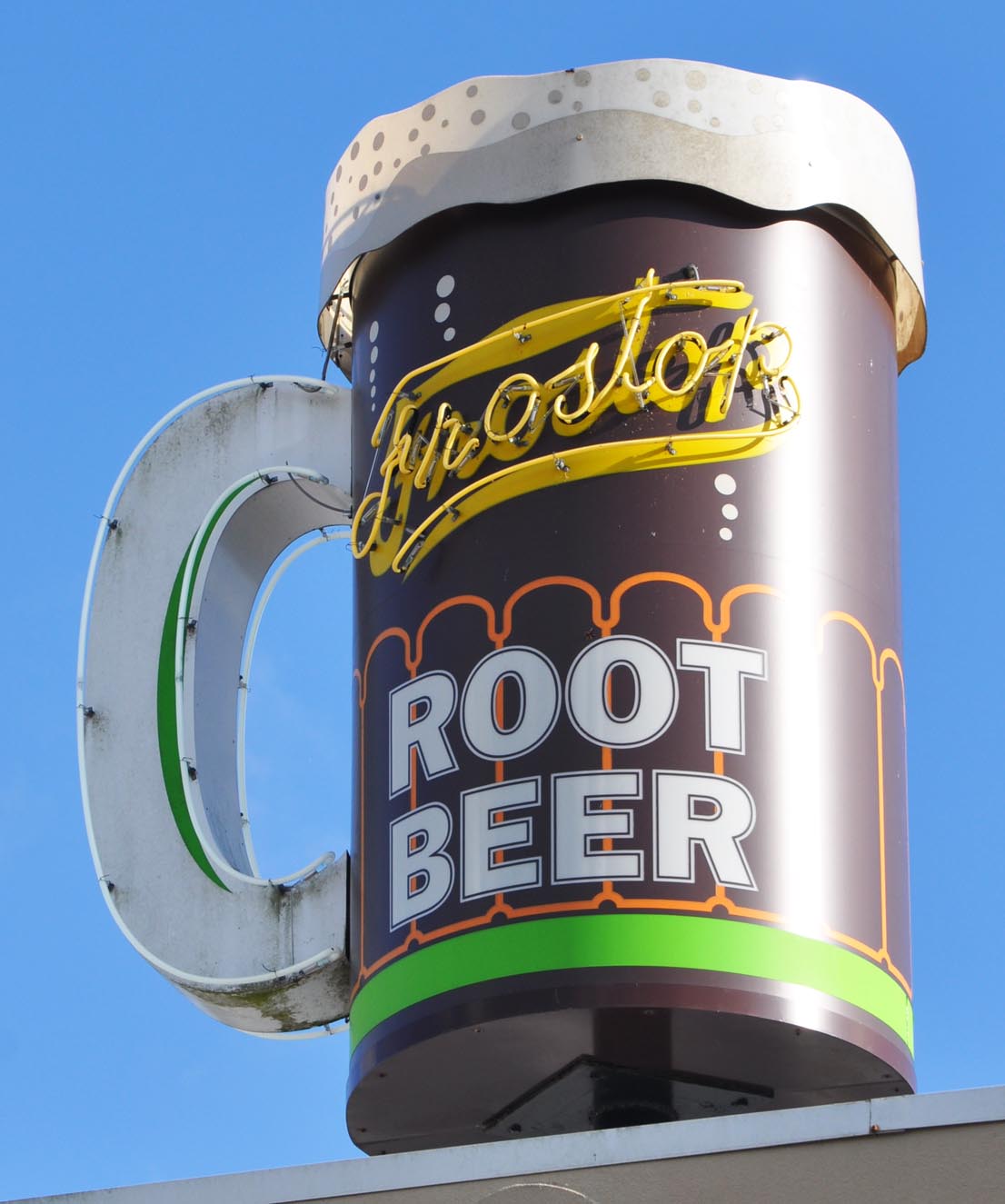 This sign is in LaPlace, LA.  I don’t know what it was originally.  The top panel had been blown out since at least 2010.  Sometime around 2016, the Midway panel was slid in there for a Tom Cruise movie. 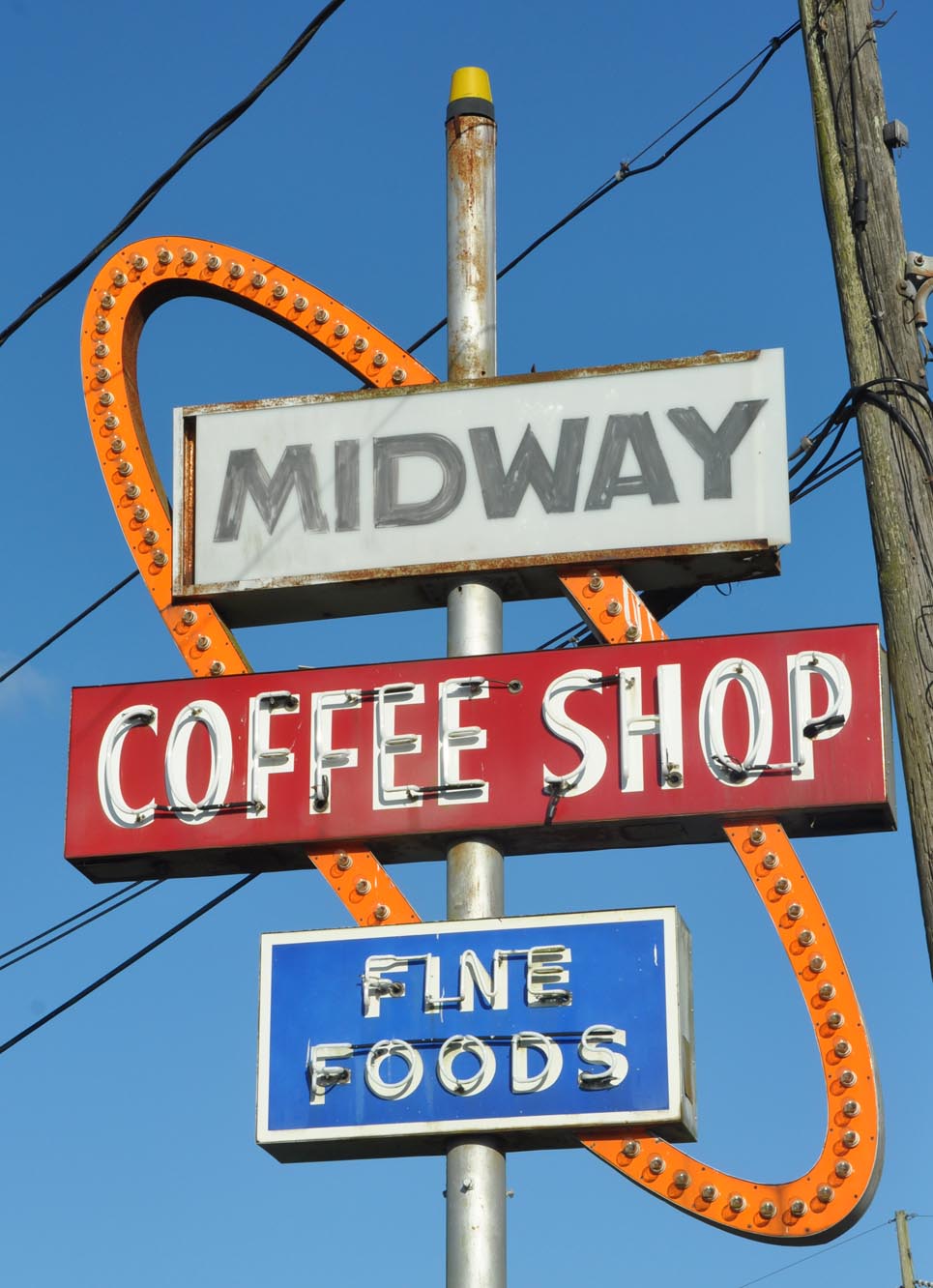 Let’s conclude this post with this one from Gonzales, LA at the golden hour: 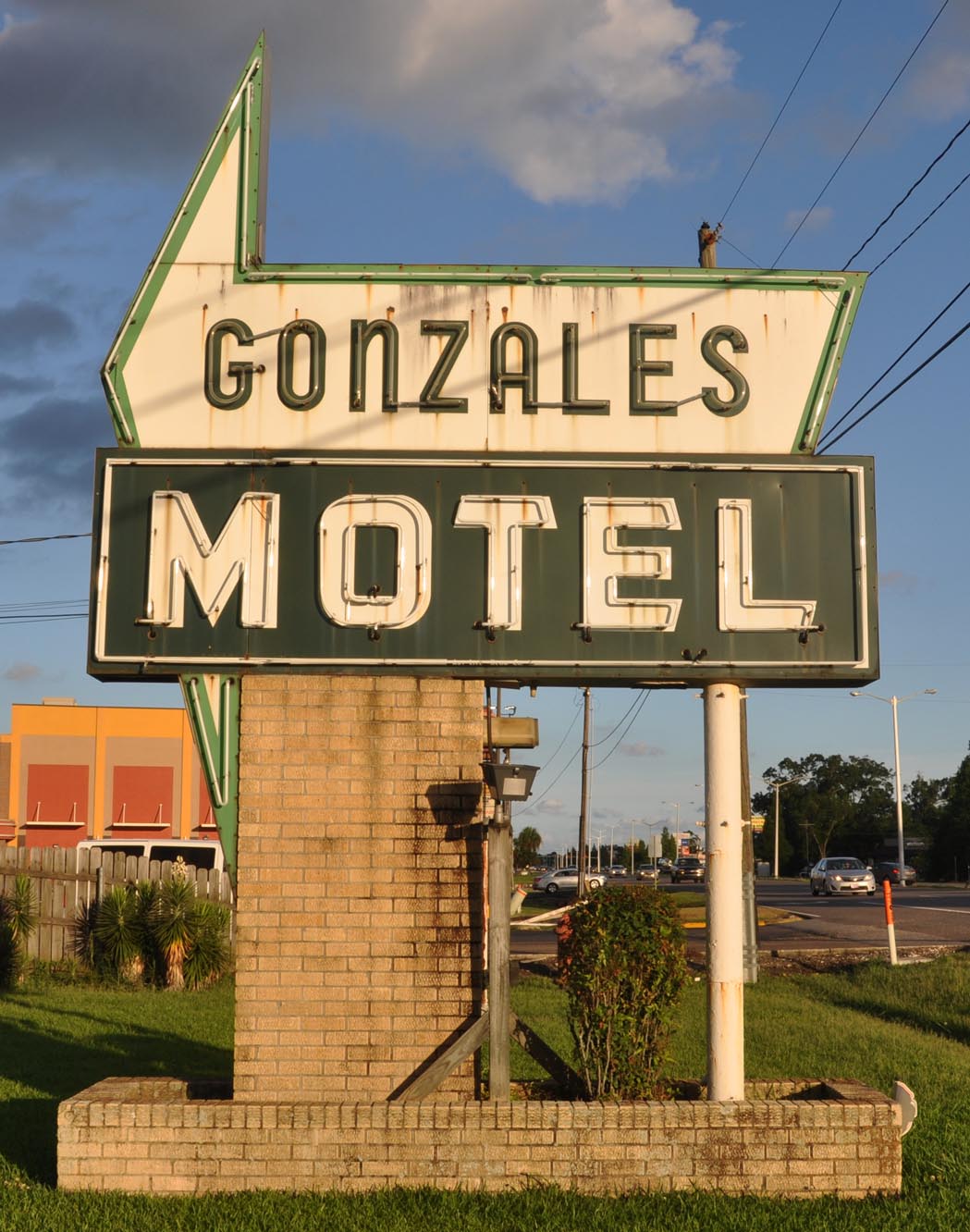 I’m handling these posts a little differently than I usually do.  I’ve been adding all the photos for each day to my website as I go.  So, the pattern is:  1) some Flickr photos, 2) a blog post here, 3) all the day’s photos to the website and… repeat for each day.  It makes for a little more time between blog posts but it seems a saner way to go about things.
More soon,