Here’s what’s happened to vintage signs in Colorado, Iowa, Idaho, and Illinois in the past year or so.  Most of it is not good, as you probably know.

This nice plastic sign in Pueblo, CO disappeared between 2012 and last year.  I don’t know of any others like it on public display.   It was at Klamm’s Shell Bar & Cafe:

This fun sign in Atlantic, IA which combined football and bowling imagery was replaced recently with a dull, backlit box sign:

The Hy-Vee supermarket in Corydon, IA closed and this sign was removed:

The Rose Bowl in Mason City, IA closed after a fire in 2014.  The giant bowling pin is missing now:

has been disfigured (neon removed, repainted):

Was “adapted” around 2017 for the Suds Tavern.  The neon and bulbs were removed and it was repainted.  The Google Map below is pretty bad — but Jess Jackson has a photo at Flickr that shows the sad transformation better:
https://www.flickr.com/photos/phydeaux460/36943985156/

Well, a barber shop moved into the space last year, removed the neon and painted the panels white.  I’ll spare you the photo.

Illinois has been really hard hit in the past five years or so.  Not so much in Chicago (which has lost dozens of incredible signs in the past dozen years) but everywhere else.  I was never sure if this sign in Benton, IL was vintage or modern but it was nice, regardless.  It even revolved.  But it disappeared sometime after 2015:

These mass-produced, plastic mortar & pestle signs are getting very rare now.  Only a handful left around the country.  This drug store in Collinsville, IL closed in 2017 and by 2018, the sign was gone:

This jewelry store in Vandalia, IL had been gone for at least 10 years but other stores occupied the space below.  By 2018, the building was vacant and the sign was gone:

This motel in Eldorado, IL had been closed for years.  It was still there in 2013 but the buildings and sign were gone by last year:

The Sabre Room in Hickory Hills, IL closed in 2016.  This sign was part of the auction but it was still there in 2017.  So, I guess no one bought it and I fear the worst happened from the 2018 vacant lot at Google Maps:

This special sign in Highland, IL disappeared about a year ago and the motel is “for sale”:

This sign in Salem, IL is, you guessed it, gone now:

This sign in Seneca, IL hung there for decades despite the closed business.  Sometime about a year ago, the building and sign gave way for a new Dollar General store:

Another one gone — was in South Beloit, IL:

These two signs were in Rockford, IL:

The upper sign with that incredibly rare, original marbled paint on the porcelain had overlying, alternating neon reading “FOOD” over “DRUGS” which must have been so nice at night:

Both signs were removed by a Loves Park sign shop.  I never heard back from them but I’m hoping that the signs got good homes or are safe at the shop.  But, boy, they really were such icons in downtown Rockford.  They should never have left.
https://www.flickr.com/photos/rickm15/4602760546/

I’m really disappointed that I never got to shoot this sign in Mount Carmel, IL.  It looked just like this John Margolies photo from 1993 until recently:
http://www.loc.gov/pictures/resource/mrg.08427/ 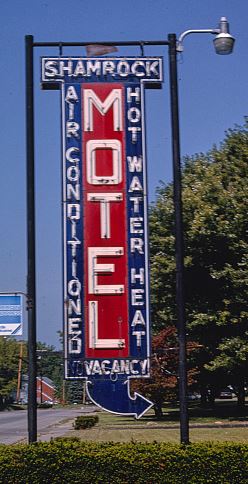 Well, here’s the plastic POS that’s there now — cross that one off your list:

Moving on to a few Chicago losses.  This store closed and the sign is gone now.  The big metal support structure on the roof is still there as a reminder of what was:

Maybe it’s because of the wind in Chicago or maybe it was just a common method used by sign shops there, you see blocks and blocks of these steel supports that held massive and incredible signs at one time.  Soooooo depressing.

This sign was still there in 2016 but gone now. Yep this one had a “Chicago hanger” (my term) type of support with the chains as well:

The store closed and this one was removed last year.  At least it is now in a private collection.  Uh huh, steel & chains again:

Here’s another one that I regret I never got to shoot and now it’s gone.  I’m assuming it was always an auto-related shop.  Check out that speedometer with what must have been an animated, ascending neon arrow pointing up at the mph.  What a joy that must have been at night!  A better photo than Google Maps here:
https://www.flickr.com/photos/balinesecat/12311525765/ 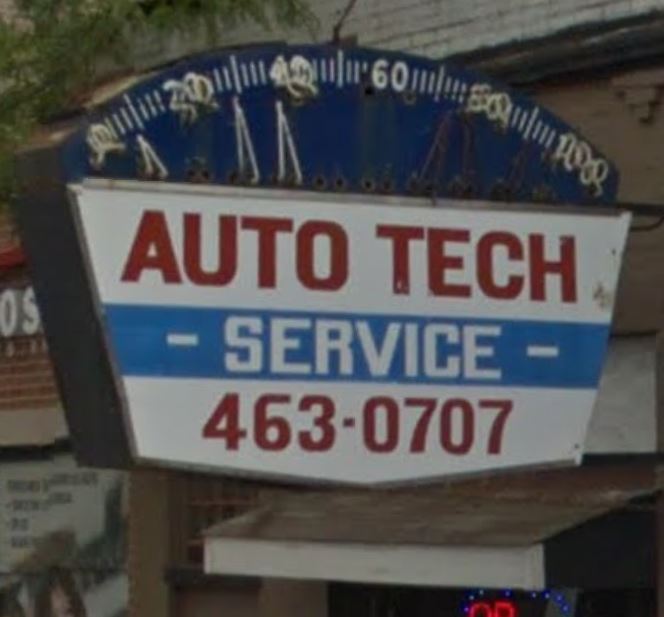 Let’s close with a bit of good news.  This photo of the Wayne’s Feed Store sign in Rockford, IL is from 2006:

I worry more about these homespun signs more than their fancier neon cousins.  But I’m happy to report that this one got a nice repaint around 2017.  Thank you Wayne’s!!

So, I’ve made it halfway through the “I”s (states beginning with “I”) in this winter project.  I’ll be back with another post in a couple weeks with more sign news.

Shoot ’em and save ’em whenever you can…