This one is from Harlingen.  I was hoping it was lit at night but, alas, only the bottom part was working (and the trim around the roof): 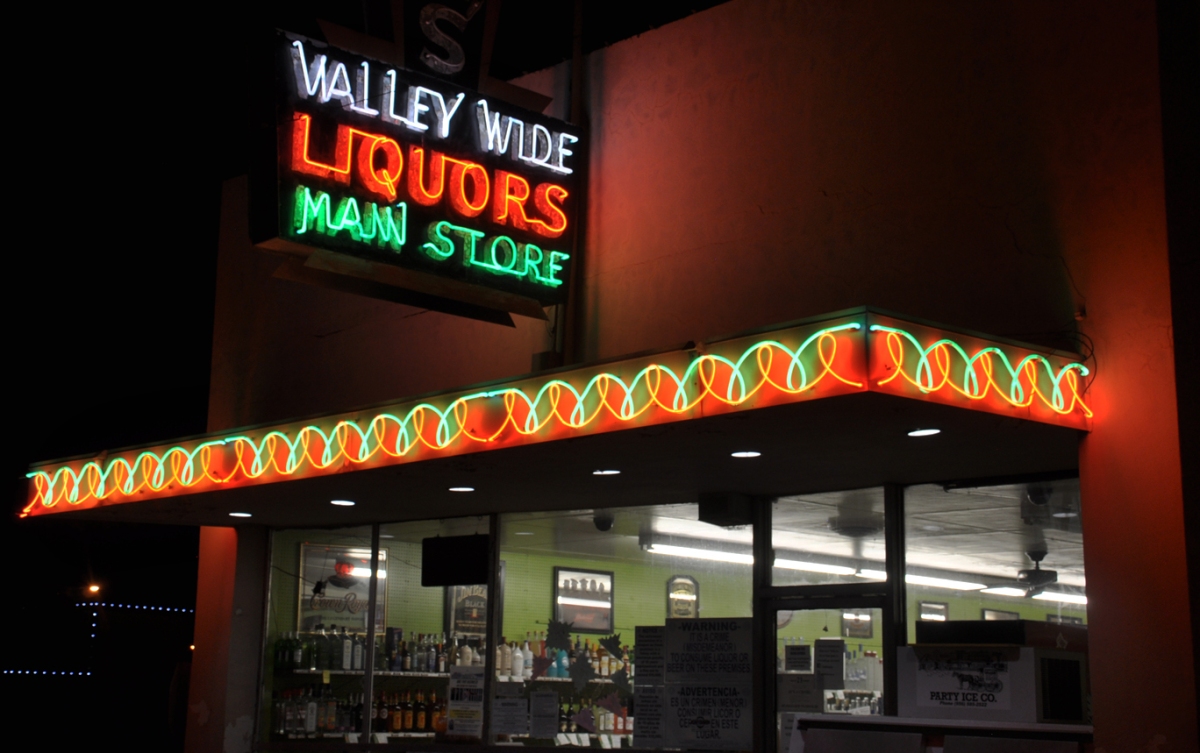 From Alice, TX — surely, neon originally, and, most likely, a different biz name: 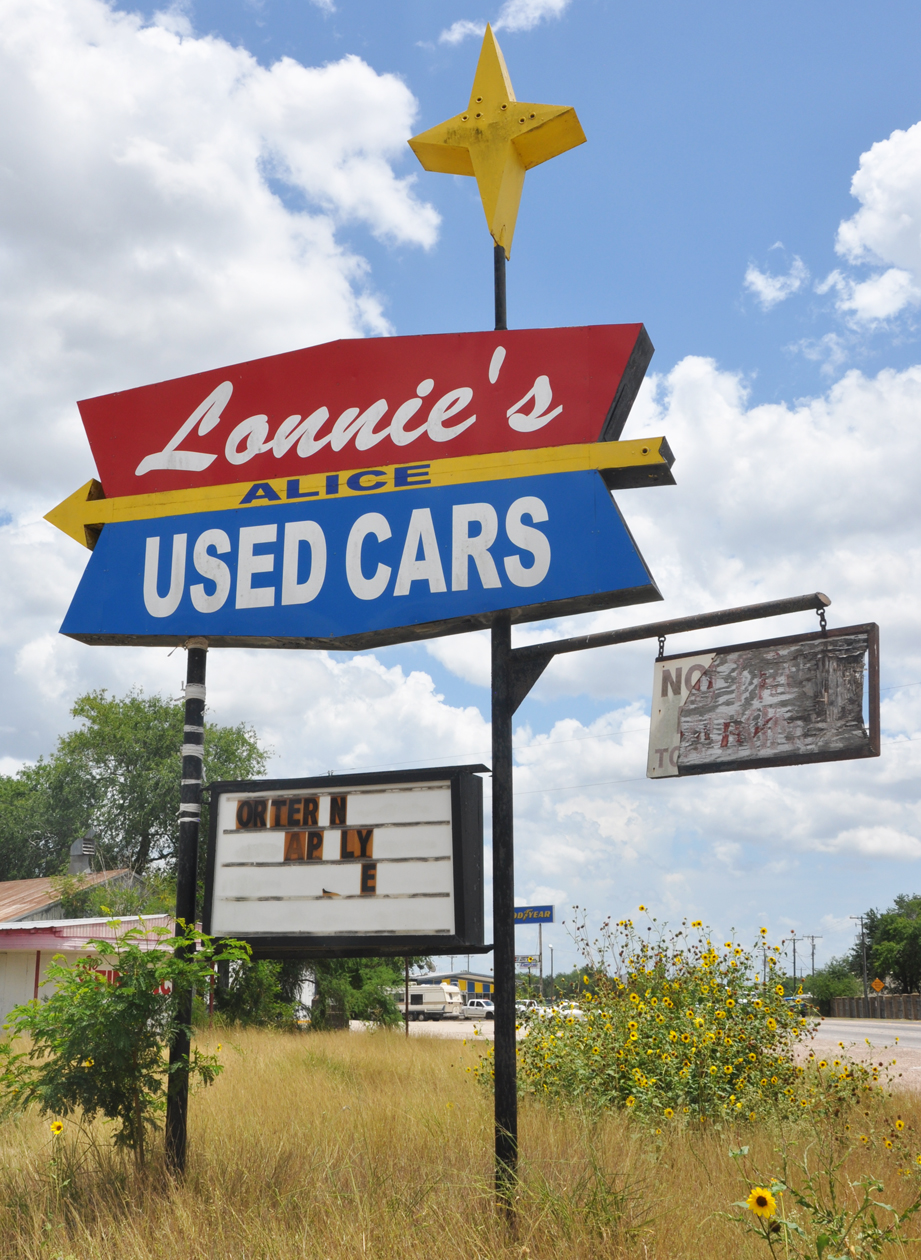 Another one from little Alice, TX: 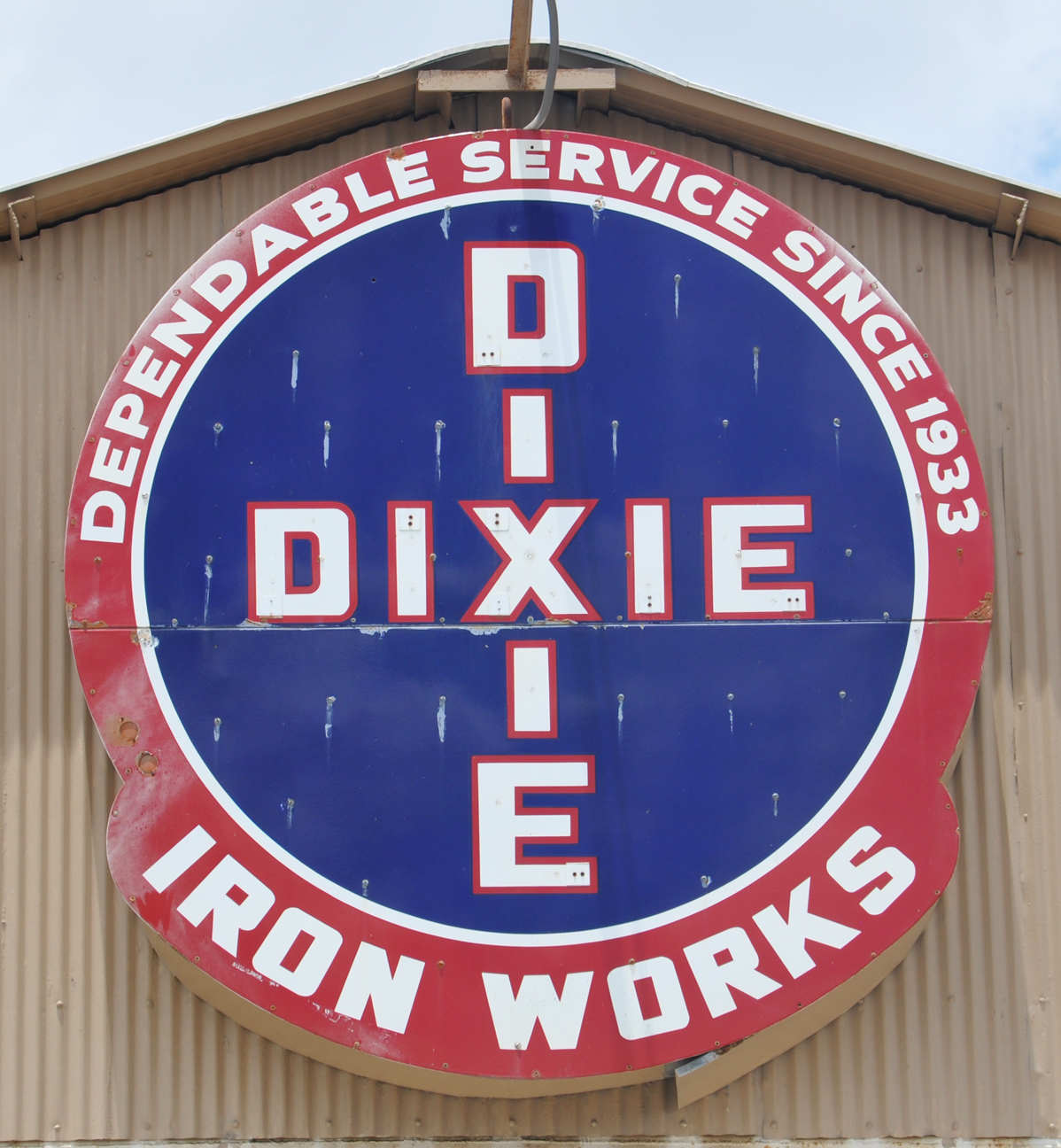 And a couple signs from Corpus Christi.  This one is modern, based on an earlier vintage sign which was located elsewhere: 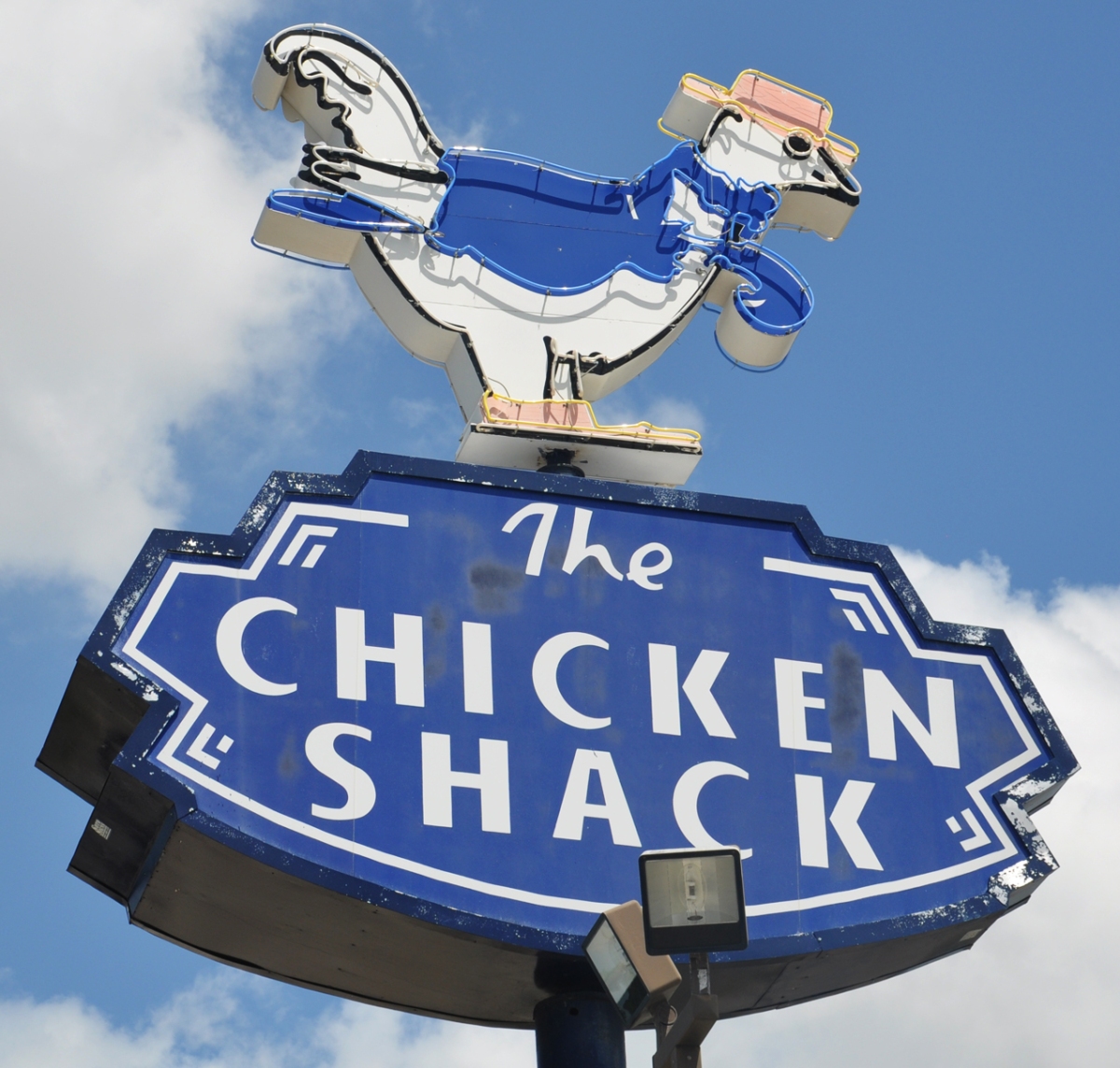 Time to introduce or revisit my pack (depending on how familiar you are with my blog posts).  I never go anywhere without my pack of four dogs.  Here they are with a newfound, bronze friend in Brownsville.  The St. Joseph Academy is home to the “Fighting Bloodhounds.”  Left to right:  Dilly, Griz (Griswold), Grem (Gremlin) & Nik (Sputnik).  Nik is blind so not especially good at looking at the camera: 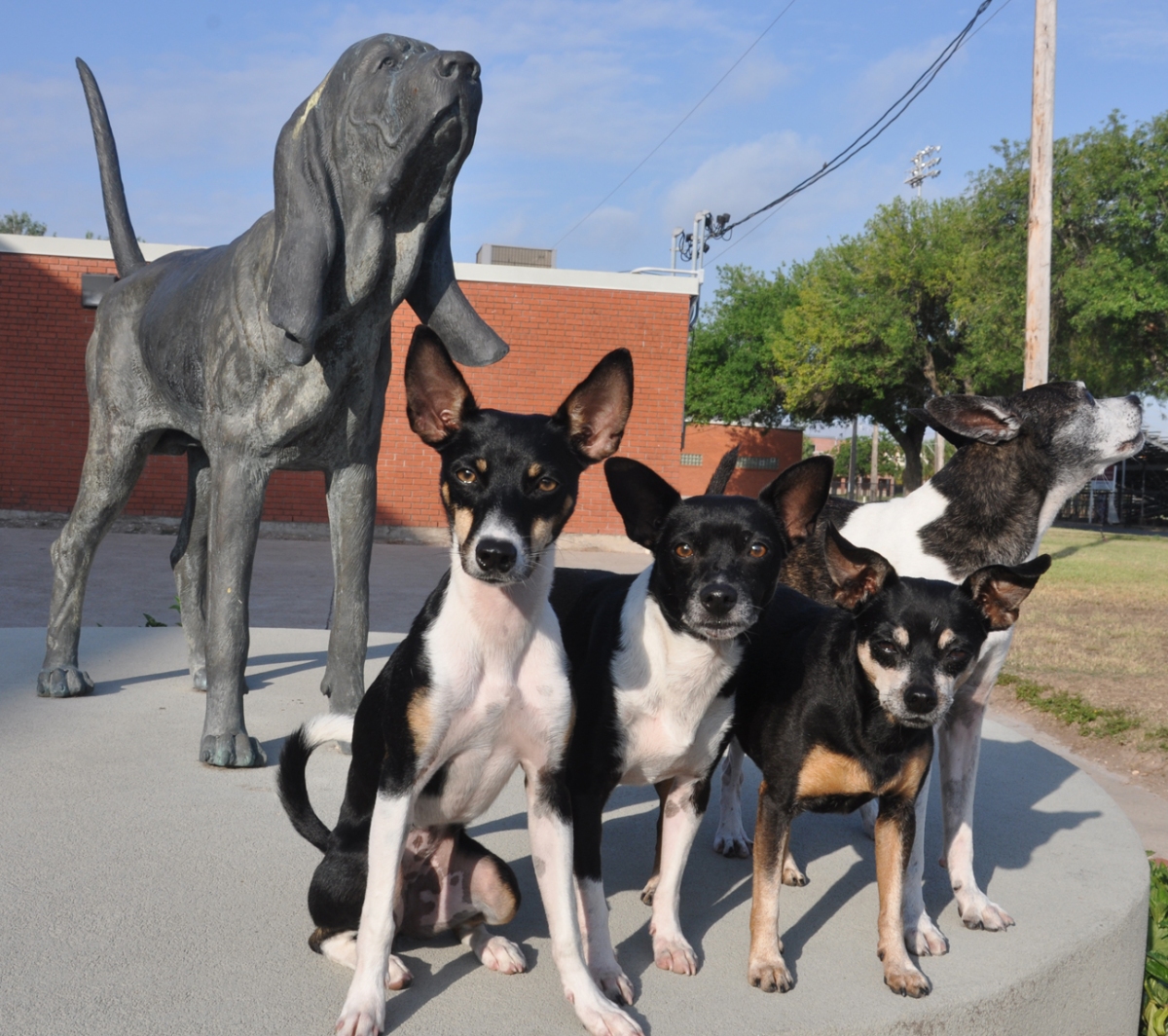 One of my traditional photo-op sites in Los Fresnos, TX.  The last time we were here, it was about 40 degrees and the wind was crazy strong.  The dogs were much more willing to stay there this time (even though it was in the 90s): 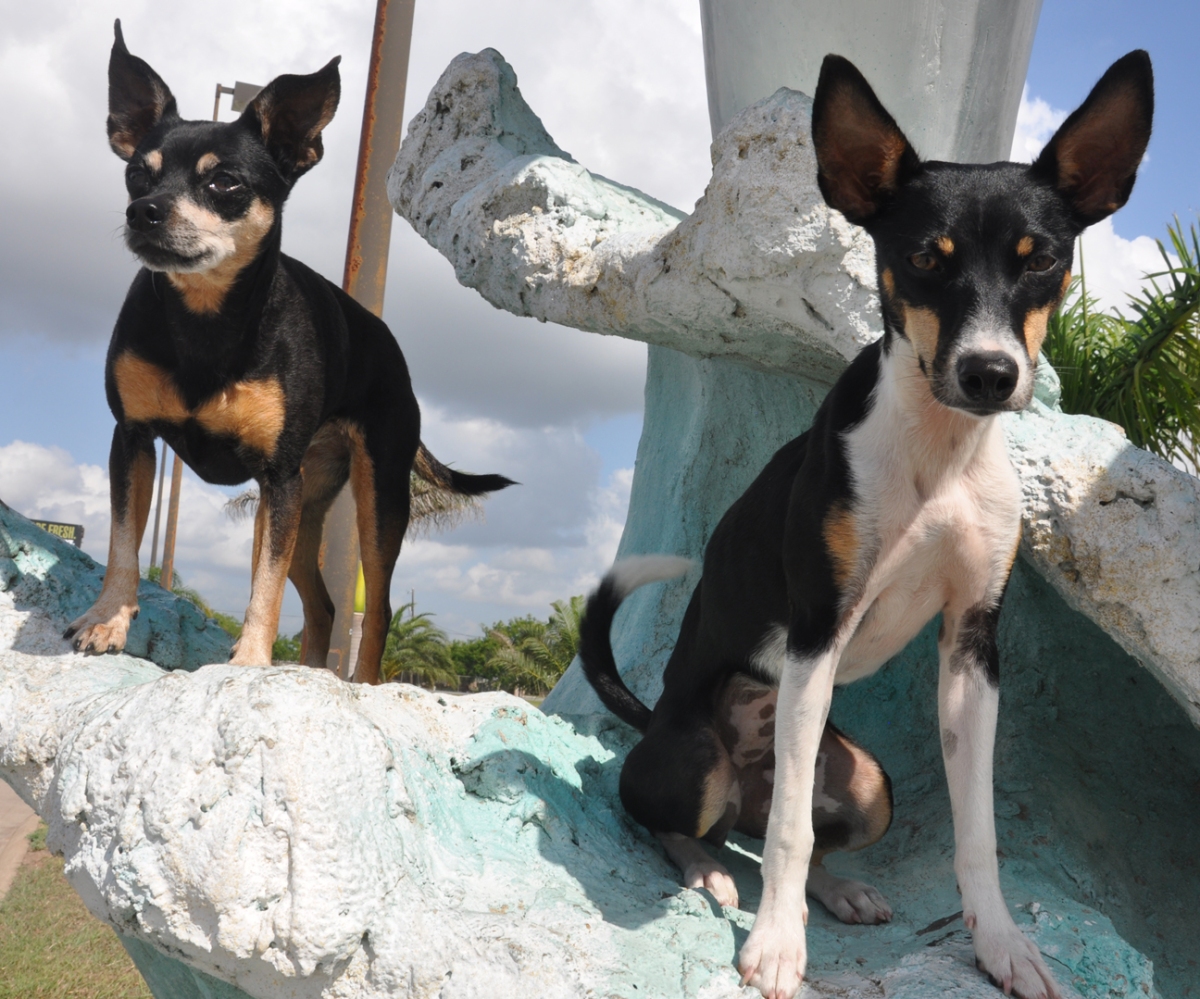 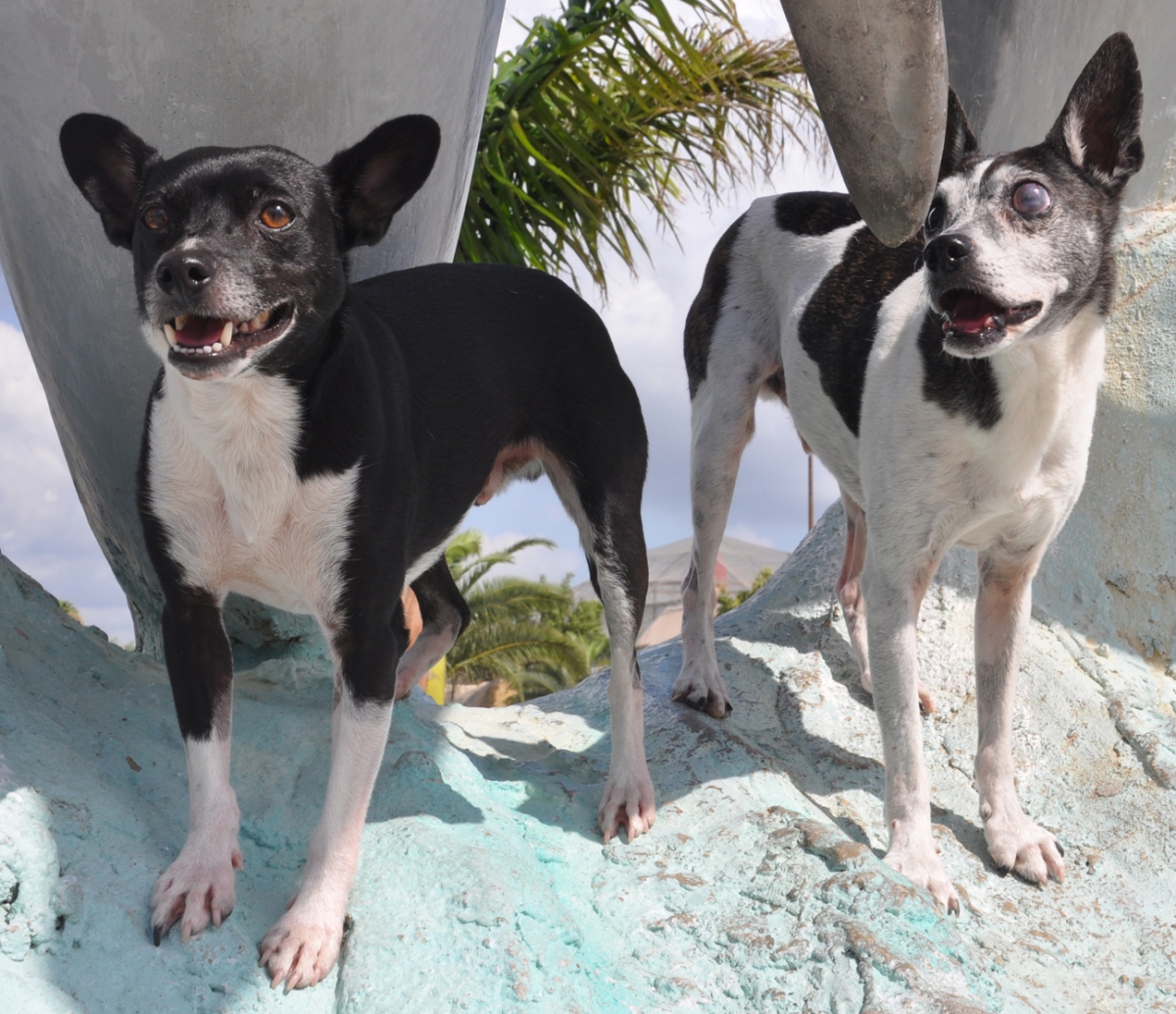 The most important rule in our lives:  you can’t jump out of the van until mama says the magic word (“OK”).  Here they are at Padre Island waiting for their release: 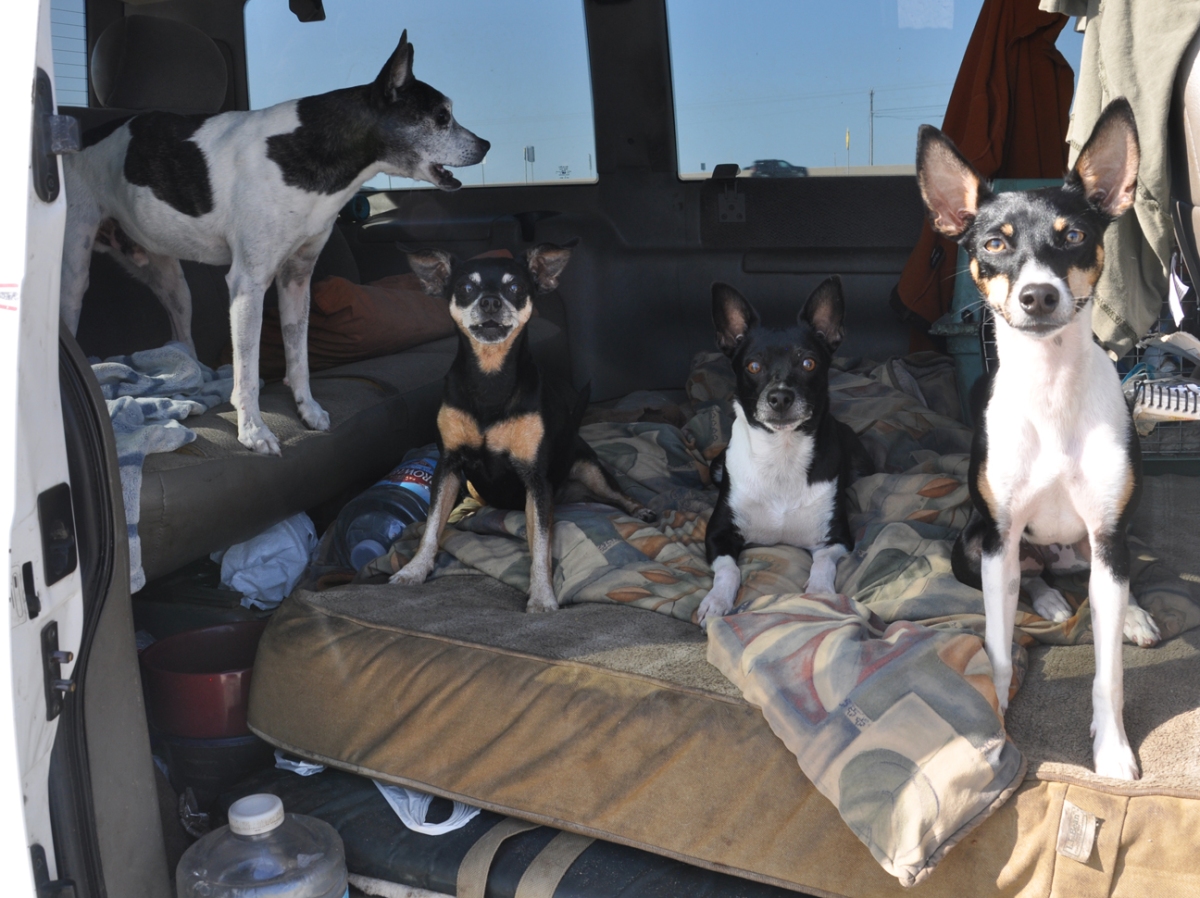 I’m always packing cheese, meat & kibble which keeps the dogs’ ears perked for my “here!” but there’s nothing like looking for dead fish and edible trash that might be available as well: 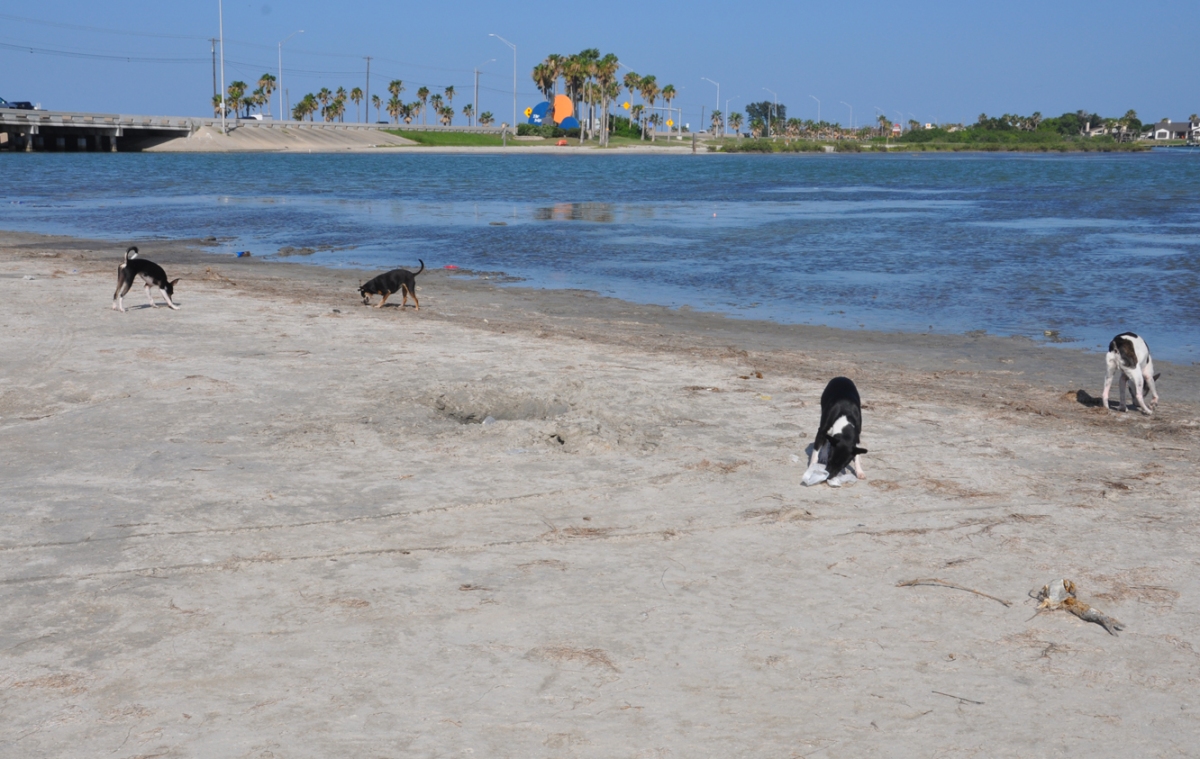 Grizzie prefers to roll on dead, stinky things rather than eat them: 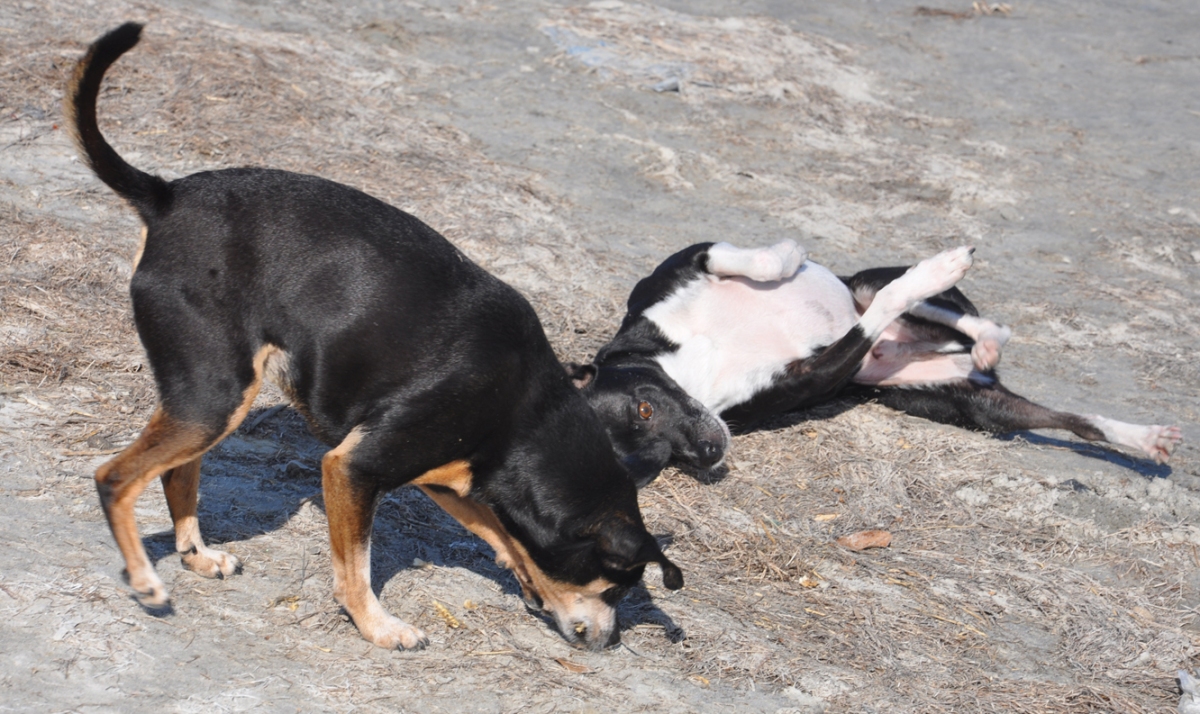 Dill is on to something: 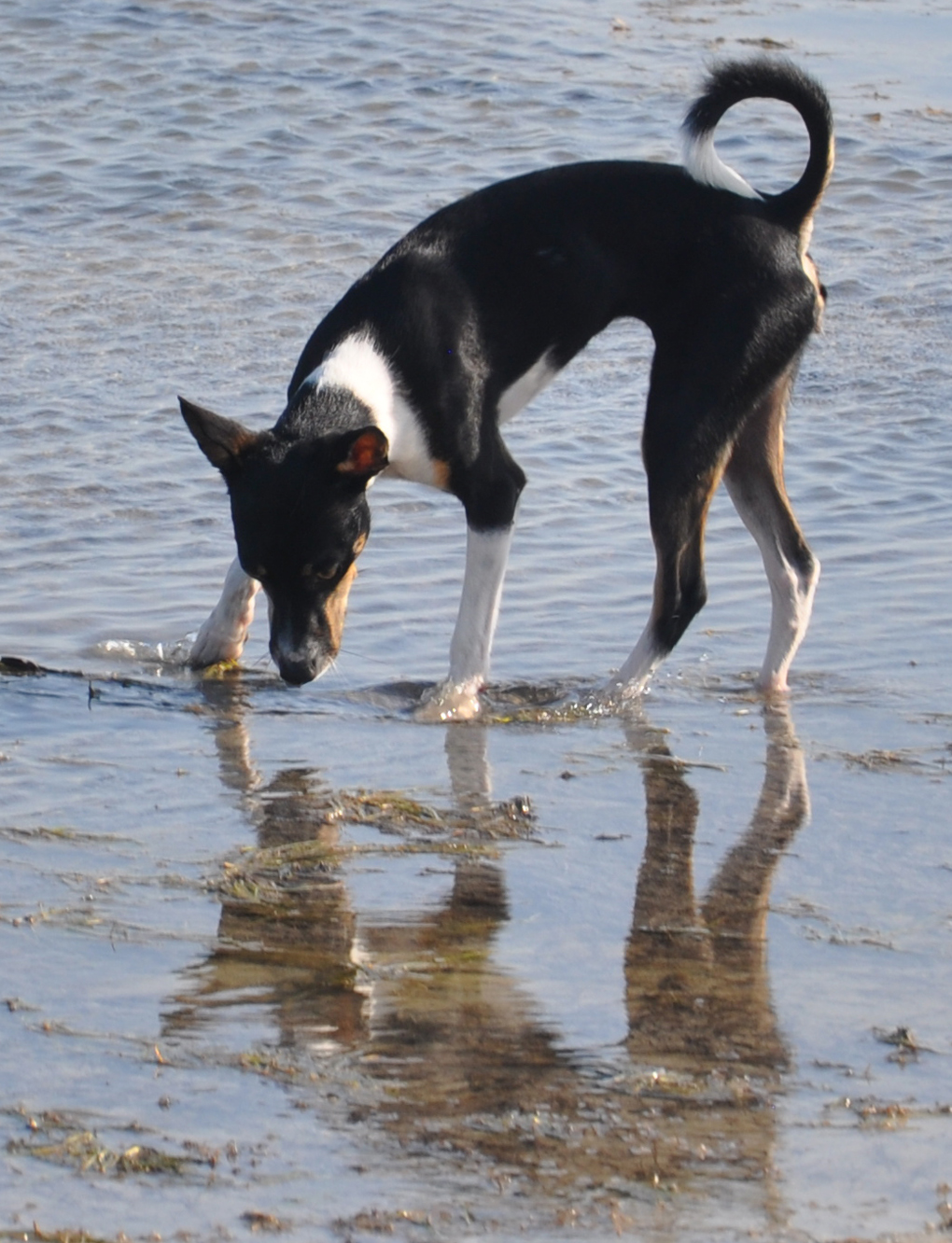 Back to the signs in the next post — coming up in just a bit,