So, I got home yesterday morning and all is well.  The plant sitter took good care of my “other” babies and the post office actually held my mail for the first time.  The very last post of this series of daily posts will contain all the stats (money spent, miles driven, etc.).  But, as a preview, I shot just shy of 3,000 photos on this 28-day trip and drove more than 12,000 miles.  Most of the time was spent in Texas but there was a little Louisiana and Oklahoma, too.

Sparkle hung in there despite being pushed 12 hours a day with most days over 100 degrees and humid as hell.  The AC was mandatory from 8am til the sun went down and shooting stopped. I had a few mechanical problems which I’ll detail as these posts go.  I probably lost about two days worth of shooting for that.  The dogs had a great time and got to run and explore frequently.  Mostly in the mornings before things heated up.  Then, a few times each day in the frequent and ample undeveloped lots and golf course-quality lawns at various churches and schoolyards throughout the day.  I survived mostly on iced coffee, Diet Coke, nuts, cheese, cookies, and ice cream.  Whatever it takes, right!?

I had to tough out this day without the AC (and it was HOT) since the last time that it was worked on was last summer at a Pep Boys.  Hoping for a warranty situation if the same parts/labor were needed. No PB in southern NM so I had an 8am appointment at one of the El Paso locations on Monday.

On with the photos — here’s one from Tucson.  This B-R is long gone but this sign is still standing for now.  Very few of these left:

A break from the heat to meet up with Jude Cook and see what he’s putting together for his Ignite Sign Art Museum which will be opening in Tucson in October.  He’s storing the Moe Allen “Happy Bear” sign from Phoenix at his shop for now:

Also in storage at Jude’s sign shop (Cook & Company Signmakers) is the atom (?) feature from the top of the long-closed Mr. Quick Hamburgers sign in Tucson.  The building was adapted for a Domino’s.  My photo of the sign in 2012: 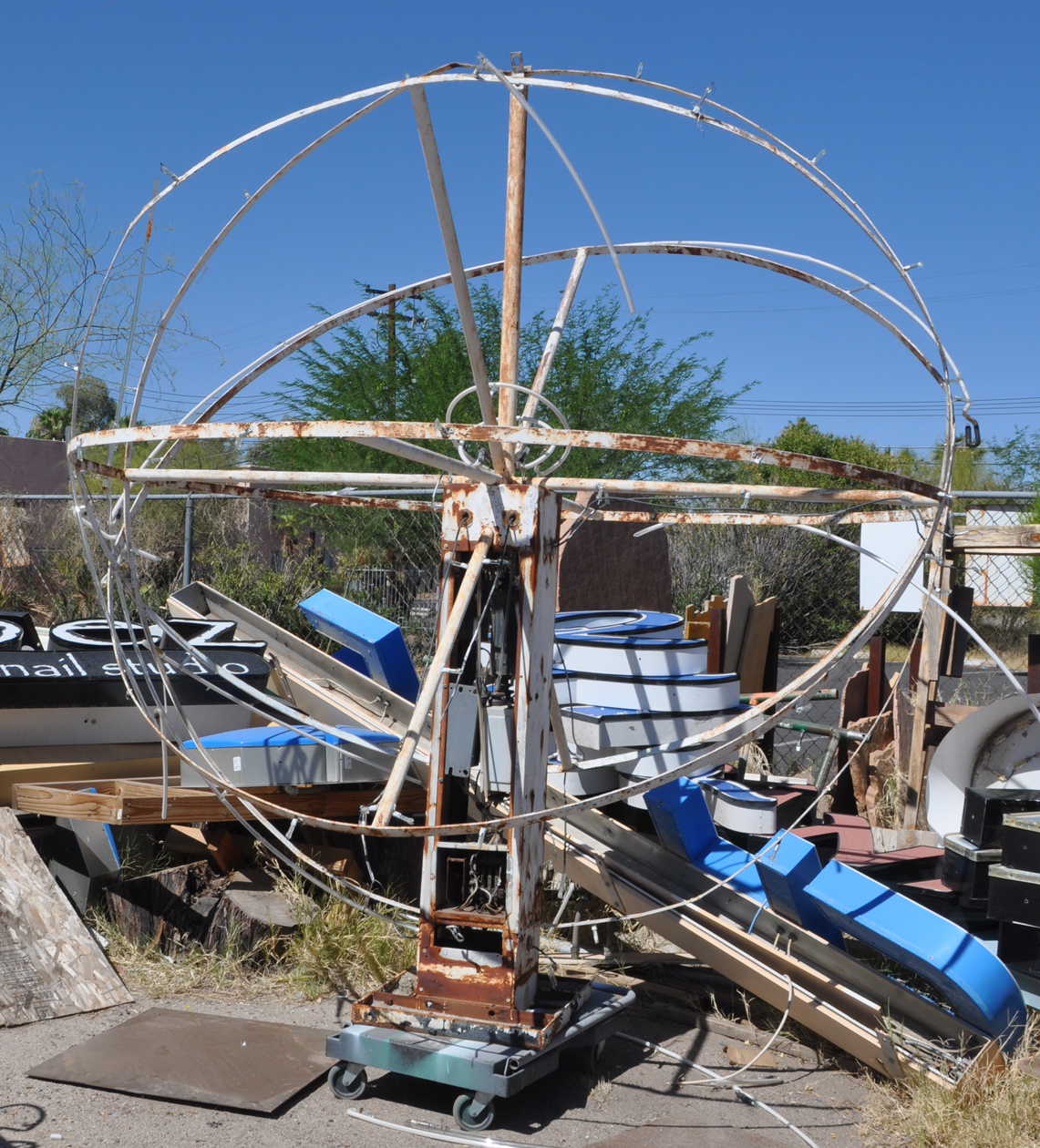 For vintage photos of the sign and building, here’s this:
http://web.archive.org/web/20120930012824/http://captainerniesshowboat.com/mrquick.html

The 15 cents part of the Mr. Quick sign was restored (fast, flashing bulbs) and is now inside the soon-to-open museum: 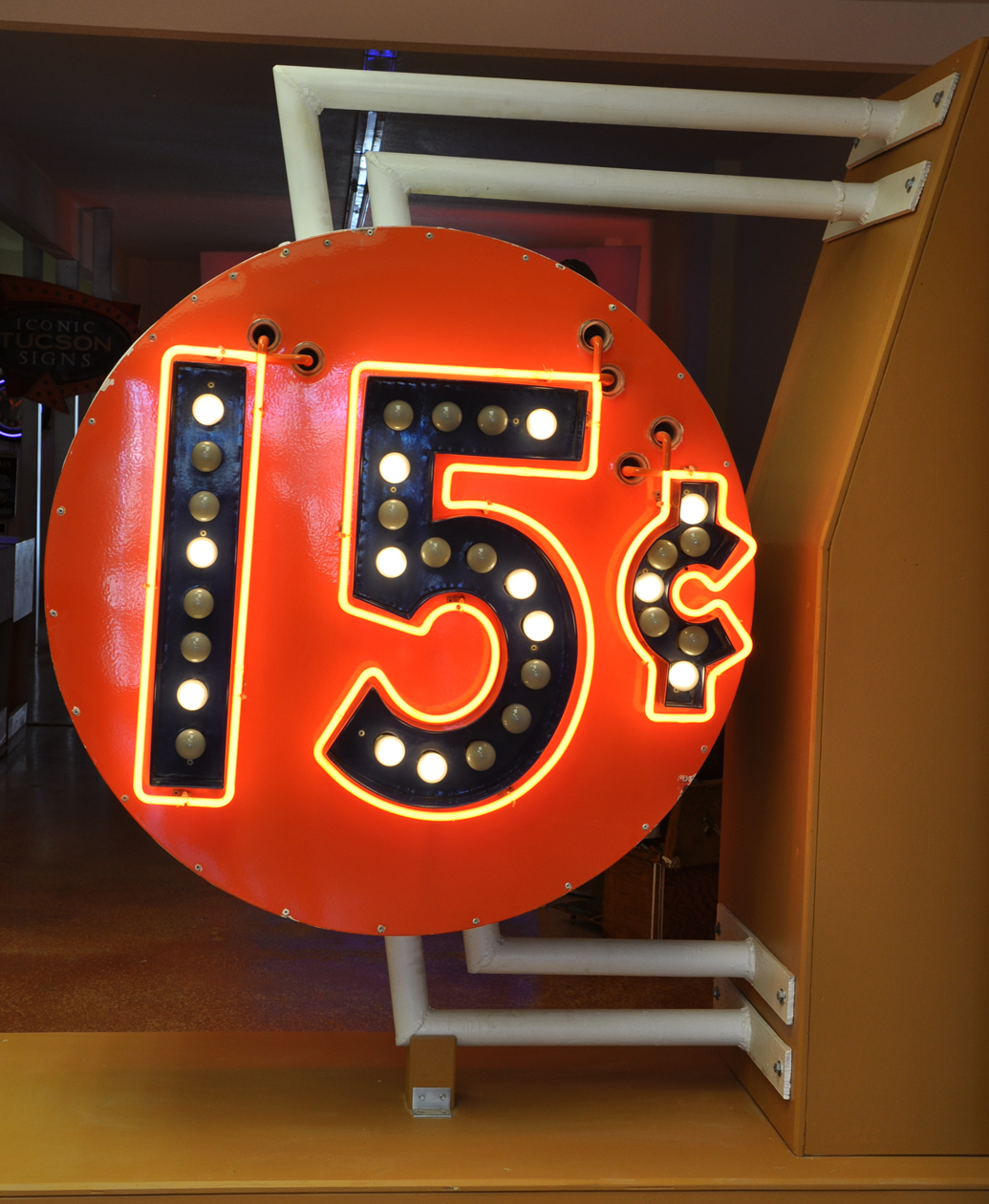 Jude has made and is selling miniatures of some famous, vintage Tucson signs.  Here are just a few:

Here is part of the clock display:

Some other signs that will be installed soon.  My memory is fried at this point but I think he said this one was originally in Salt Lake City:

Some local signs that will be displayed inside: 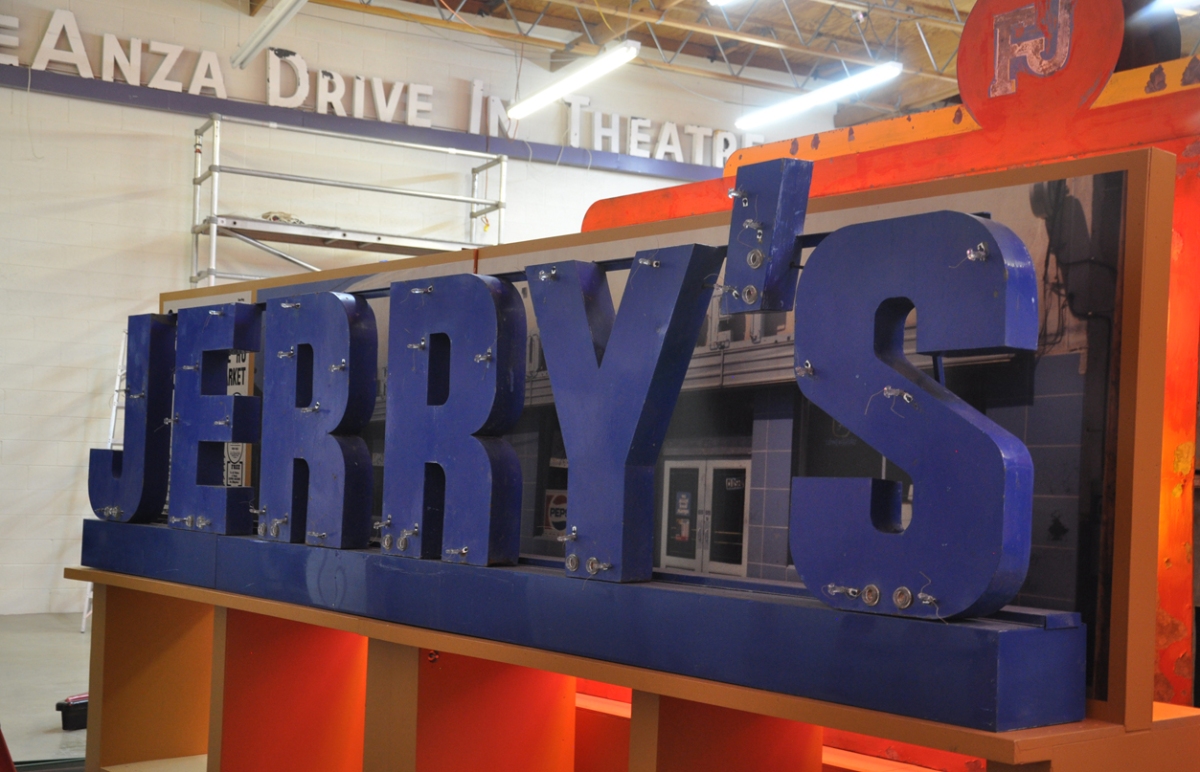 Moving on now… from Bowie, AZ — love the length of the first and last letters of “Skeet’s Tavern”:

Moving on to New Mexico — Lordsburg, to be specific.  This sign originally advertised for Oscar’s Liquors — my photo from 2012: 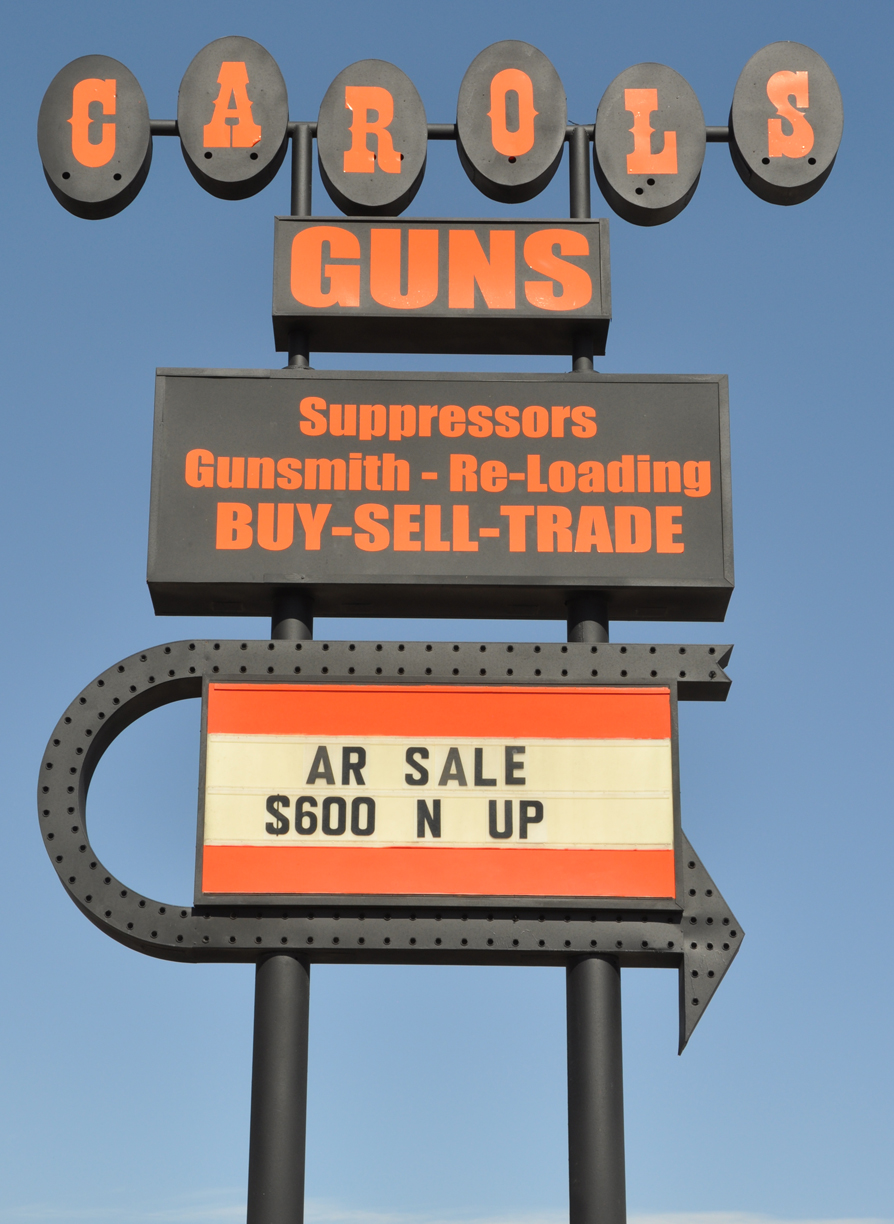 LOTS more to come!  Don’t forget the other sampling of photos from each day over at Flickr:
https://www.flickr.com/photos/agilitynut/