I just got back from a little two-day trip to San Diego, the desert, and a little bit from east of L.A.  I would’ve stayed longer but the sky became one big grey cloud and the forecast was for nothing better the following day.  The dogs got to run in city parks, dirty sand, and among Joshua Trees and cactus.  I subsisted on lemon cake, bananas, and lots of coffee.  Oh, and since I was passing through Westmorland — a wonderful date shake.  It was HOT.  I tested Sparkle’s AC  for a few hours and it seemed to work fine. Hoping the best for the big 4-week trip to Texas in June!

Let’s start with San Diego.  The Corvette Diner a bunch of vintage (and not so vintage imposters) displayed inside.  This one is differently vintage.  Although I have my doubts about the neon swirl on the right:

A couple of Chevrolet “OK” signs. 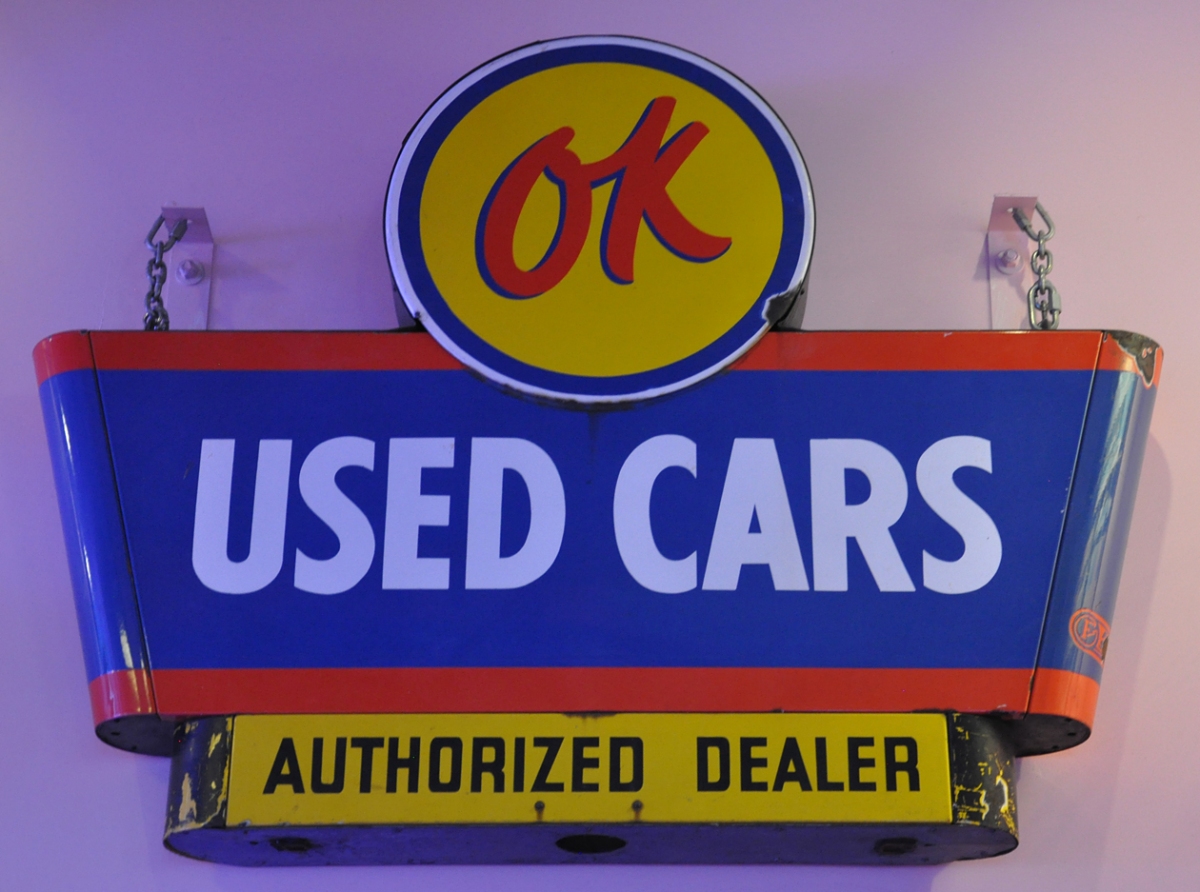 This “5 Cents a Dance” window “skeleton” sign tubing looks vintage to me:

Only partially lit but a classic Rexall sign.  I don’t know where this one was installed originally.  I’ve got five pages of Rexall signs from around the country here:
http://www.roadarch.com/signs/rex.html

The restaurant moved to this location in 2009.  At the old place, this muscleman panel (no idea where he came from) was installed on top of the text panel.  The ceilings are not as tall here, so the sign is displayed in two pieces:

I was disappointed to find these game machines blocking the animated bowling sign.  Here’s how it was displayed at the old place:
http://photobucket.com/gallery/user/dsought/media/bWVkaWFJZDoxODU2OTM5Nw==/?ref=

Back out into the real world (away from the loud 1950s music, screaming kids, etc.)  I went to see this sign at Chito’s Shoe Repair new location (which is  few years old now).  The owner had a semi replica made when the City would not allow the original sign to be moved.  This one has different colored tubing but it was never animated.   The tubing is installed on a piece of plastic which is installed in the window (therefore, the glare – sorry). The neon worked for awhile but no longer. 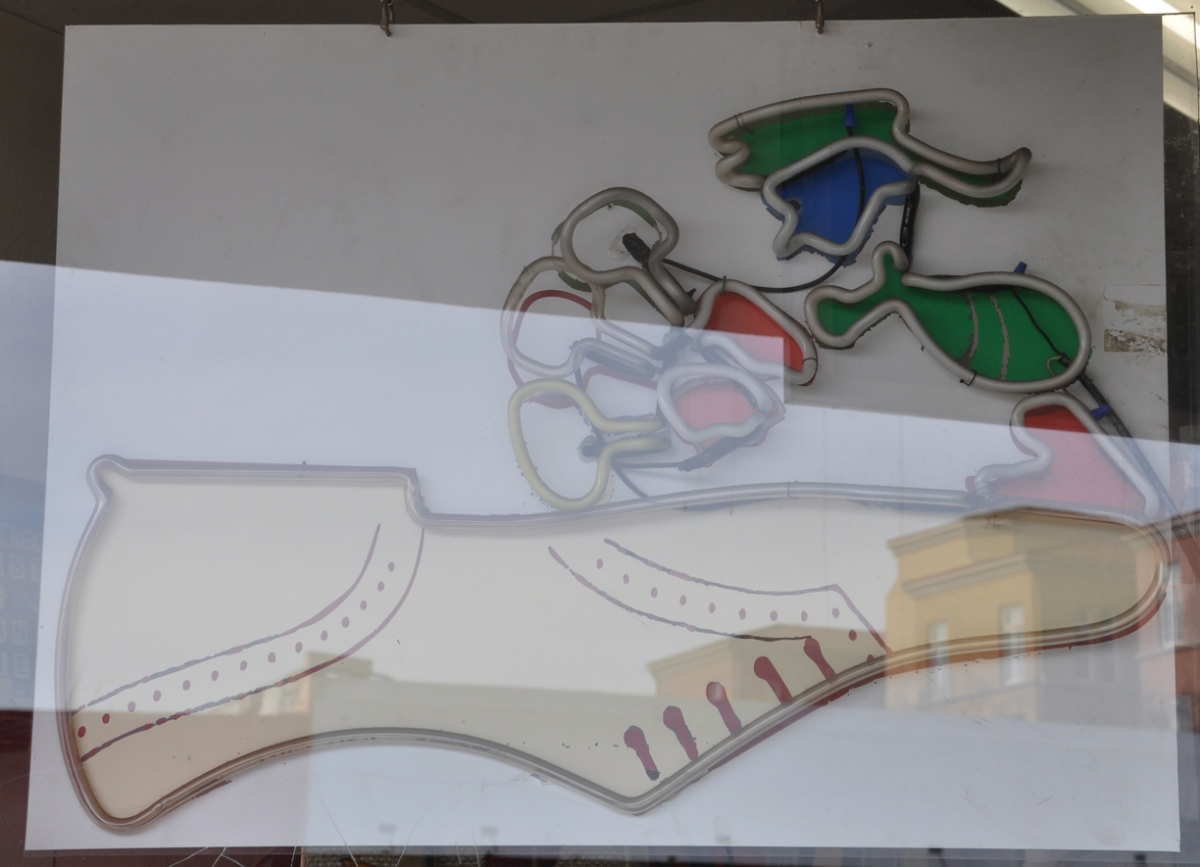 The  original sign hangs above a coffee shop now.  When it finally came out of storage after restoration, it was lit at night.  But I’m told that it no longer is.

Bye-bye sun.  I shot some things anyway for now.  These two signs are in La Mesa.

After the San Diego area, I headed over to the deep desert border town of Calexico since I missed shooting a few things the last time I was there.  This sign is probably not all that old but merits blog-inclusion.  I’m guessing 1970s? 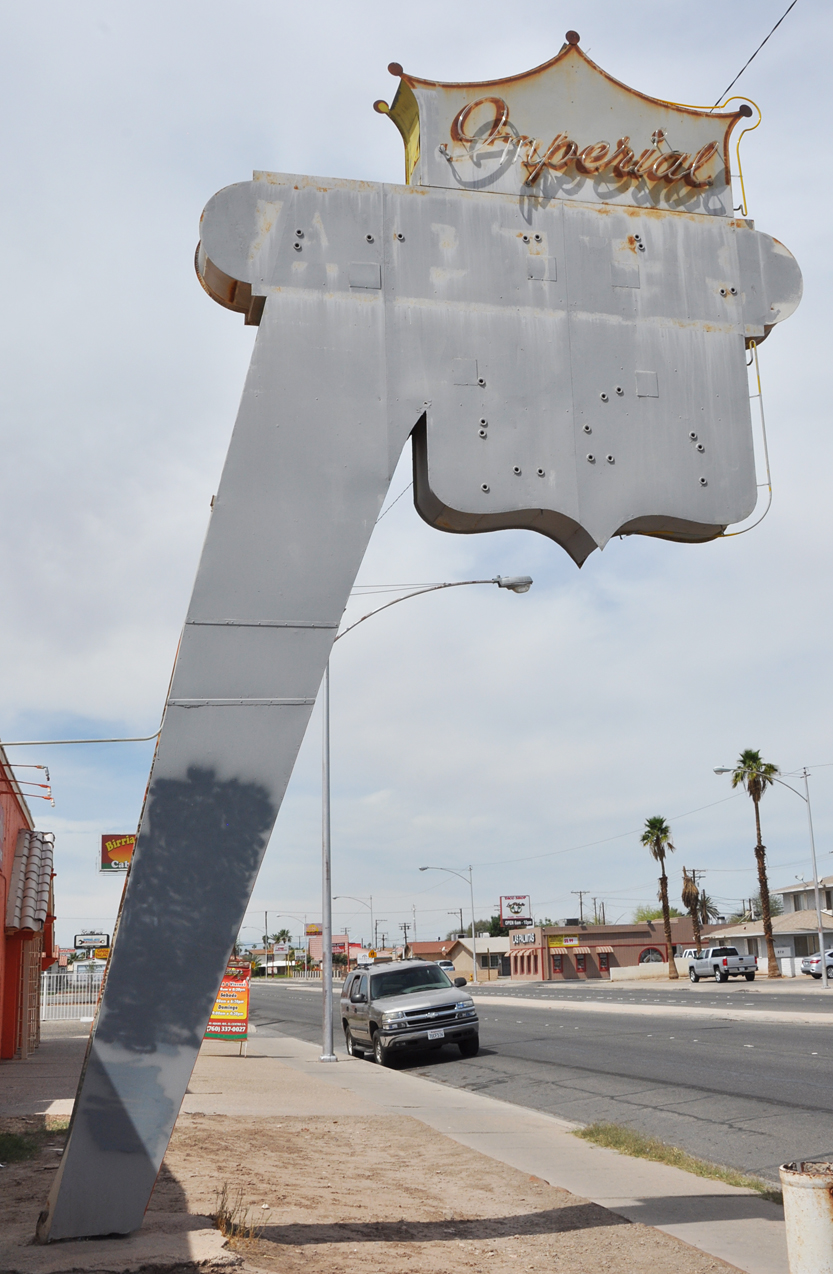 On to San Bernardino for a bit before giving up on the grey and heading home.  One Stop Liquor: 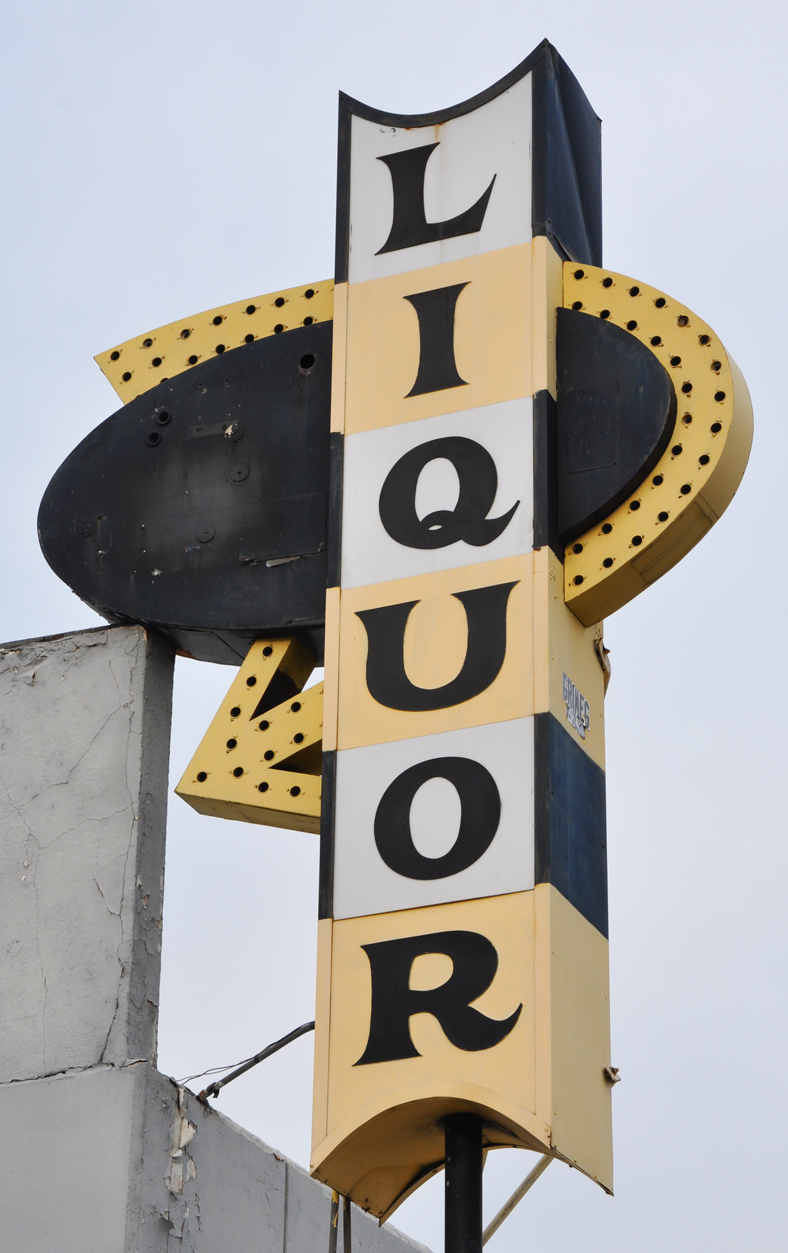 And, next door, a painted over classic Rexall sign (like the one at the Corvette Diner shown above).  From the orange & navy porcelain peeking through at the lower left, I’m betting that this hideous grey paint can be removed and the sign would be as good as new.  Those tube light bars above facing both panels were standard for a lot of these Rexall signs.  I’m sure the neon versions cost more money and this method was also easier/cheaper to maintain:

Lastly — this place is still open.  The wiring is unfortunate, but hey…

I’ll be back in a few weeks with photos from the Bay Area.  I’ll be speaking at this action packed three-day Symposium in San Francisco — details and tickets here: 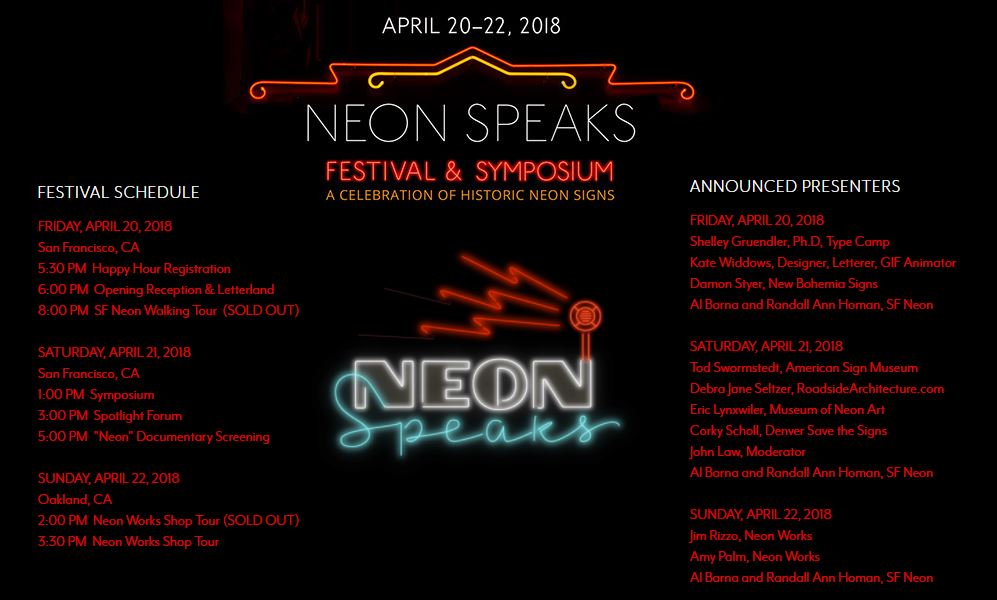