A bunch of Nevada photos to finish off this trio of posts.  Here are several signs from Ely (as I found out, pronounced “Eee-lie”:

The Liberty Club (bar).  I like the protective sheet metal on top.  Way better than the plexiglass covers but I’m sure less effective:

A former Richfield station that was restored as such a few years ago.  Apparently abandoned again as the weeds are growing up through the cement cracks:

Another one from Boulder City (Sparkle says “hi” on the left — she turned over 444,444 miles on this trip):

“Bliss Dance” was built in 2010 for the Burning Man Festival.  It was installed on Treasure Island in San Francisco from 2011-2015.  It was moved here to downtown Las Vegas last year.  The steel mesh statue is lit at night:
http://blackrockarts.org/projects/civic-arts/bliss-dance 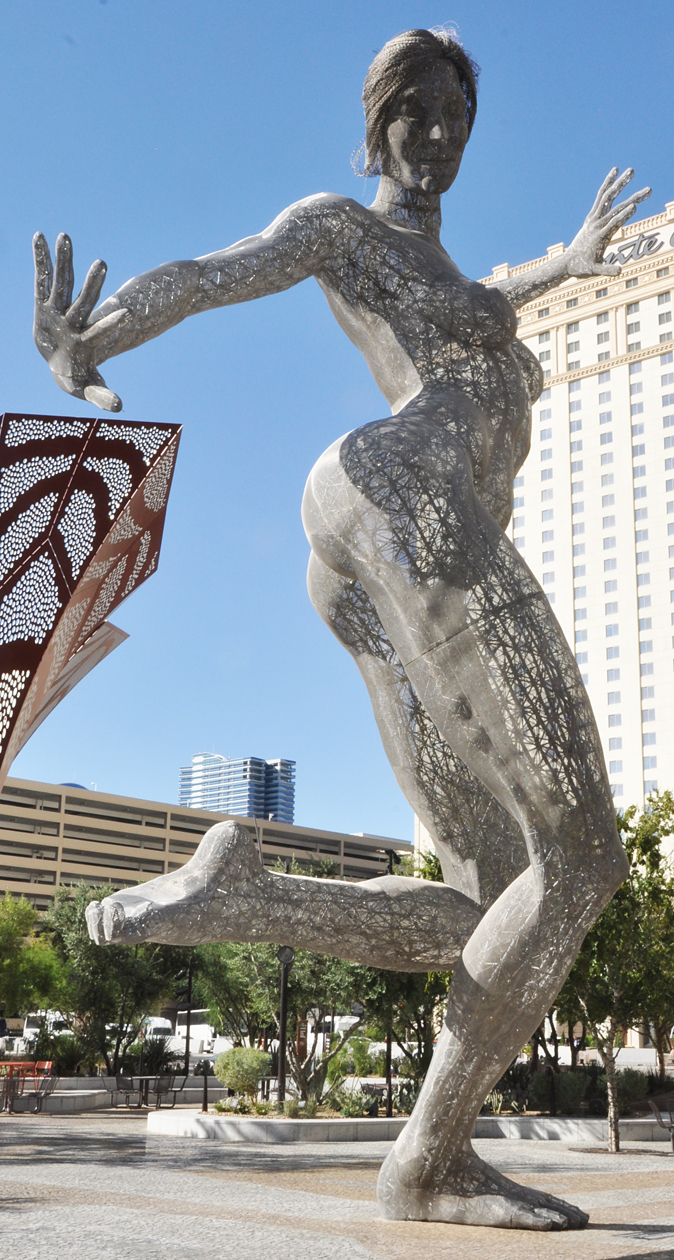 Trader Bill’s was originally a Western theme gift shop in Las Vegas.  Here’s my photo from 2006:

The sign was reworked a couple of months ago for a White Castle.  I’m not a fan of the change.  The neon has been replaced with backlit plastic letters.  Too bad this one could not have gone to The Neon Museum instead:
https://vitalvegas.com/fremont-street-white-castle-trader-bills-sign/

On a more positive note — is this sign which was built in 2015 by YESCO.  This animated sign is 30 feet tall and lit at night.  This video shows the manufacturing of the sign:
https://www.youtube.com/watch?v=5vyr9wuluJA 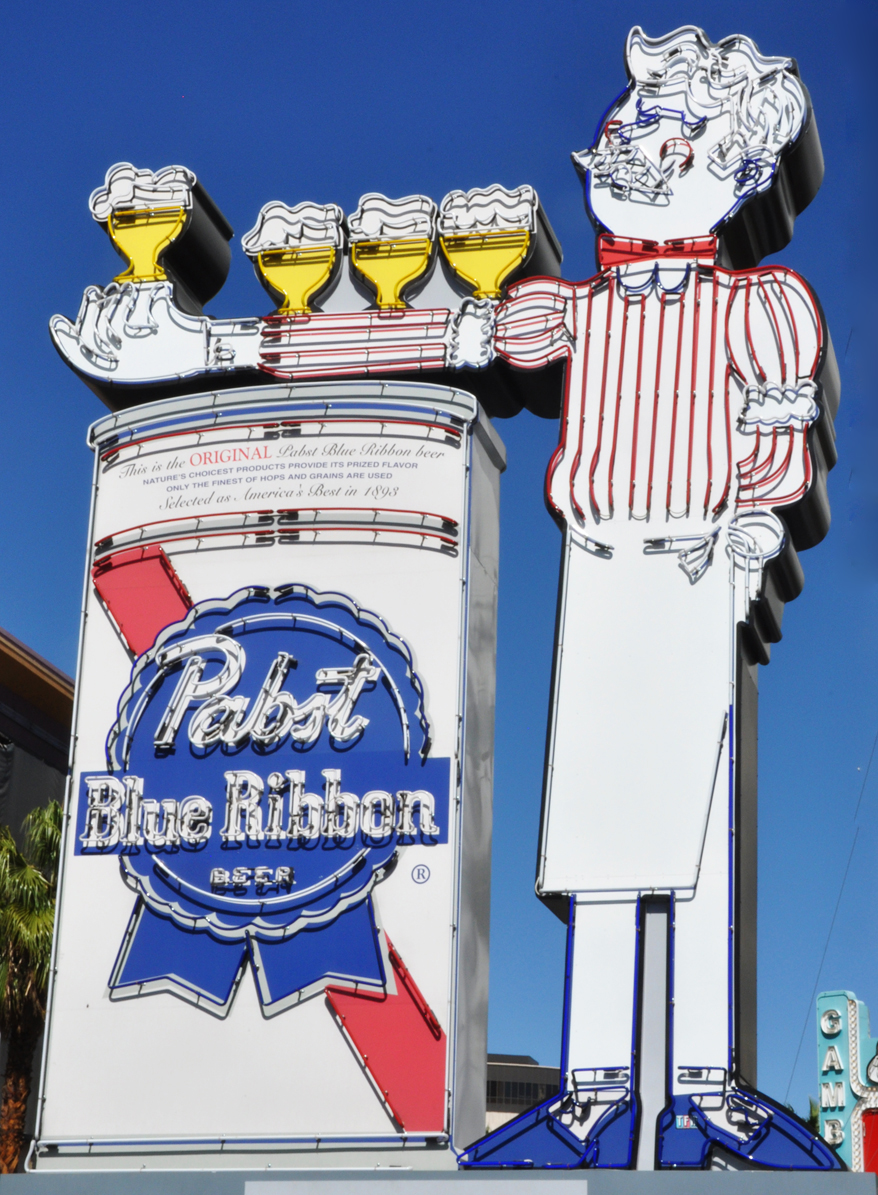 That’s it for now.  I’m planning a little L.A. area trip for Thanksgiving weekend.  And there will be small trips here and there until the big summer trip in June-ish (Texas, Oklahoma, Mississippi, etc.).

More photos from this trip over at Flickr:
https://www.flickr.com/photos/agilitynut/

And I’ll be adding a lot more to my website over the next couple of weeks:
http://www.roadarch.com/roadside.html

In case you missed it, my book on vintage signs is out and can be purchased from this English distributor.  It won’t be available until April in bookstores, Amazon, etc.  And it you buy via this link, it’s cheaper (a steal at $13.76 with no tax or shipping) and you’ll have it in a week:
https://www.bookdepository.com/Vintage-Signs-of-Americ-Debr-Jane-Seltzer/9781445669489?ref=grid-view