The dogs and I survived our second day in a row with no AC in the 100 plus heat.  I was busy shooting away although I might have been walking a little slower than normal.  I soaked the dogs in creeks here and there.  And dumped jugs of water on all of it from time to time.   We made the most of it before the next day’s big “date” at the Pep Boys.

Some points south of Abilene to start the day.  This super nice storefront is at Nathan’s Jewelers in Brownwood:

Moving on to Abilene — an Italian restaurant with a nice gondola sign:

Some other nice signs in Abilene: 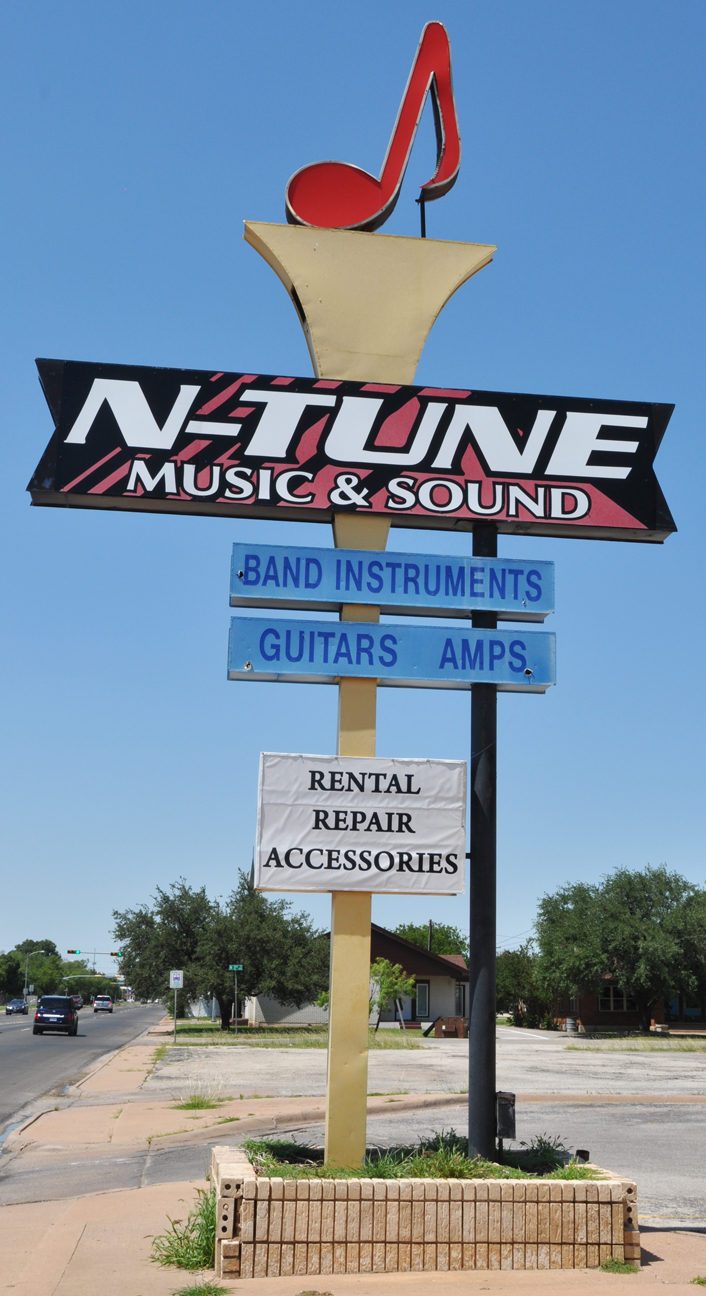 Unfortunately, I’ve never been able to shoot this rooftop sign at the right time of day:

I shot this one years ago when it was still operating.  Sad to see it vacant now.  The cream and green on the building are vitrolite tiles:

Two great signs at this place:

Equally great, in a different way:

Moving south for a bit.  YES!  I can highly recommend the cherry limeade at this place.  According to the folks inside, this has always been a Hatahoe restaurant in Anson.  The sign had neon originally:

I don’t know if the cup was inspired by Kentucky Fried Chicken buckets but it’s titled pretty much the same way.  Too skinny to be an adapted KFC bucket.  But I suppose one could be easily cut & altered to this shape:

This painted brick advertising is in Stamford.  These signs look so nice when they aren’t repainted.  Too many of these Coke signs are bright red now and they details have been lost.  It looks like the first “C” in Coca-Cola has been painted.  But I doubt that’s recent:

Let’s close out with another (former) neon boot in Eastland: 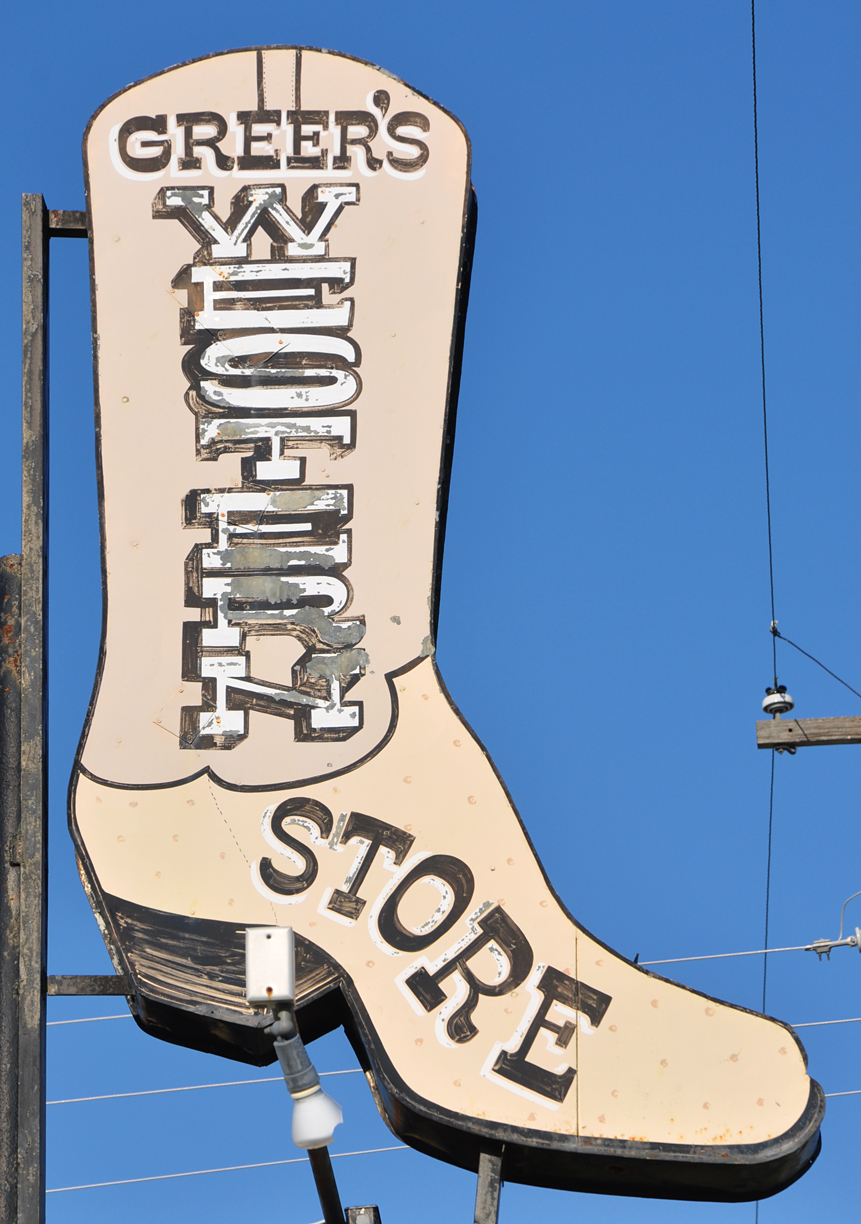