I’m continuing to bang away at the website updating.  I’ve wrapped up the Drive-ins, Diners, Mini Golf, Five & Dime Stores, and more.  But still a long way to go.  Time to pause for a moment & share some news.

This building in Enid, OK was demolished earlier this year.  What a beauty — my photo from 2011: 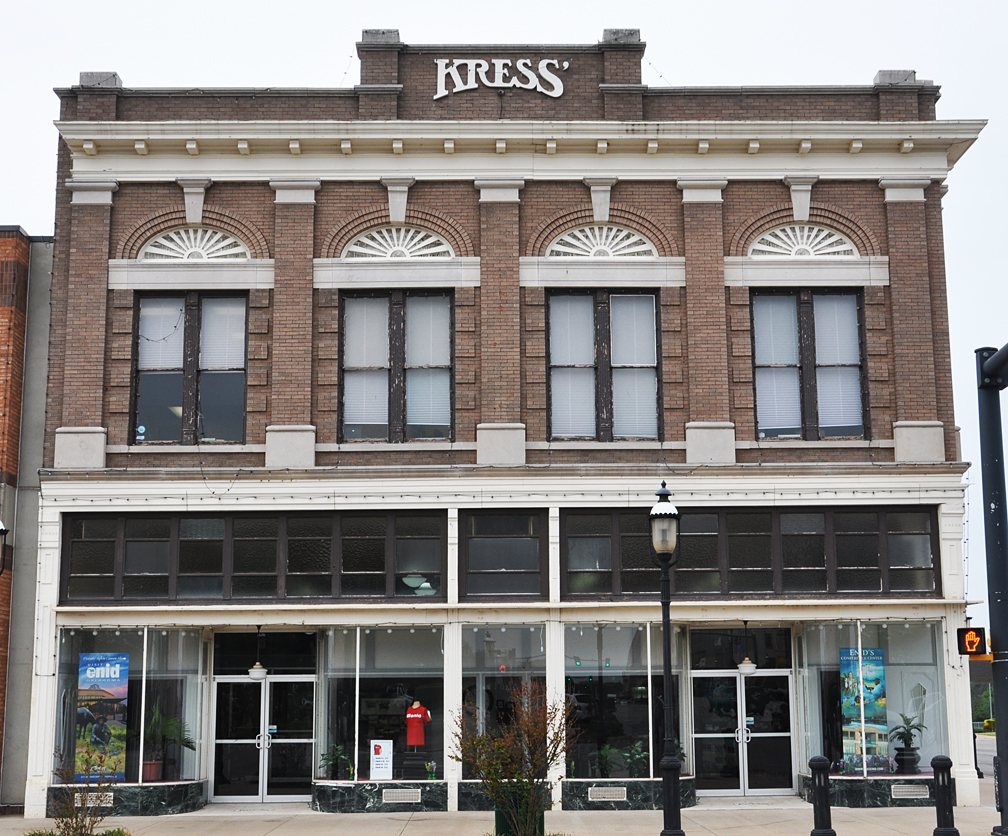 In the last couple of years, Dairy Queen corporate has been very actively going after their franchisees to replace their vintage signs with the ugly new swoosh DQ logo.  They are also demanding building replacements as well.  With all the costs to be paid by the franchisee.  There have been many threats and a number of losses.  The rare plastic sign in Topeka, KS came down just this week.  They are hoping to donate it to a local museum.  The Stamford, CT location is breathing a sign of relief this week as their local government stood up to DQ’s demands to replace their 1960s barn-like building and sign.

I just Googled to see the status of the Andover, OH location and sadly it closed a few years ago.  Dairy Oasis opened in the building earlier this year.  This sign which is the same sign that was in Topeka and survives in Stamford is gone now.  But the barn building and the very rare “lips”-shaped weathervane on the roof survive.  My photo from 2010:

Let’s move on to Car Dealerships — with lots of news from the last couple of years.

A devastating loss in San Carlos, CA.  The Neufeld & Freeborn dealership was built in 1960, selling Porsches and Volkswagens.  The building was vacant and boarded up for many years.  Then, demolished earlier this year.  There’s a vacant lot there now.  My photo from 2014:

The Leach-Wilson Chevrolet-Buick dealership in Shelbyville, IL got a heavy-handed remodeling from corporate recently.  My photo from 2010:

And from last year — okay, at least they left the stair-step showroom on the left and the removed the ugly vinyl slats from the windows – but did they have to cover up the brick?  [Google Street View]:

The good news is that three of these Chevrolet “OK” signs still remain at Leach-Wilson in the used car lot behind the building: 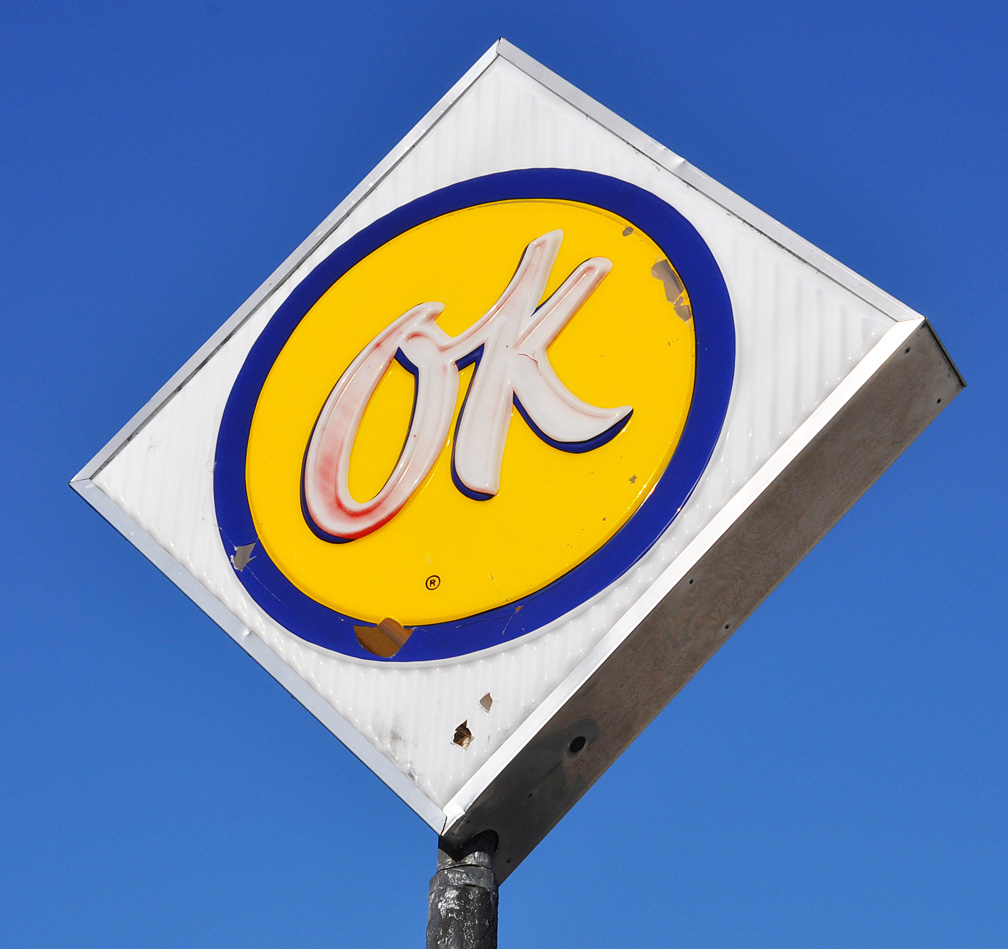 In Lexington, KY, the Paul Miller sign had been partially replaced with backlit plastic letters – my photo from 2010:

and the news via Google Street View (yes, at least the hyperbolic parabola showroom is intact):

This nice building in Lexington, TN was demolished earlier this year.  I couldn’t find any explanation of why.  The dealership moved in 2013 and the building remained vacant after that:

… was updated with that hideous silver and blue “consistent corporate branding” crap:

This silver and blue stuff is being plastered on Chevy dealerships from coast to coast, little dealers and big ones.  Like DQ, Chevy has no respect or understanding of history.    I’m hoping they didn’t screw around with the interior.  Luckily, I think it would be too difficult (my photo from 2005):

Let’s not leave things on such a depressing note — how about a little sign news:

The bad news — the Charcoal Oven in Oklahoma City closed recently.  The good news — at least the sign was saved and it is resting comfortably at G&S Signs in OKC.  The owner  of the sign is still deciding what to do with it.  It will most likely be displayed at a sign museum which the owner of G&S hopes to open within the next few years:

Some really good news in Sacramento — six vintage, local signs have been restored and are now on display at the recently opened Golden 1 Center.  Here’s one of the signs which I shot in the shade in 2008:

More about the restorations, great photos & history of the “lucky six” here:
http://www.centerforsacramentohistory.org/exhibits/current-exhibits/neon-signs

Back with more news & photos on other topics soon,