I hope you have the Kleenex handy.  There have been lots of wonderful animal statues which have gone missing in the past year or so.  Like this pink elephant in Tucson.  Apparently, the Treasure Chest used furniture store closed last year and this statue disappeared at that point:

Not so recent but I’ll include it anyway since I still haven’t gotten over the loss.  This Giant Gator in Kissimmee, FL was demolished in 2014.  It was 126 feet long and originally advertised for JungleLand, a wild animal park and alligator farm.  JungleLand closed in 2002.  The Gator Motel is still located next to the now really big parking lot:

The good news is that Swampy, the 200 foot long gator in Christmas, FL, is still there and looking good.  My photo from 2009:

Google Street View from this year:

These Giant Ants in Tulare, CA were removed last year:

Copper Country Antiques in Tucson, AZ closed at the end of 2015.  The place had all kinds of statues like these which I shot in 2012.  All are gone now and Tucson is the lesser for it: 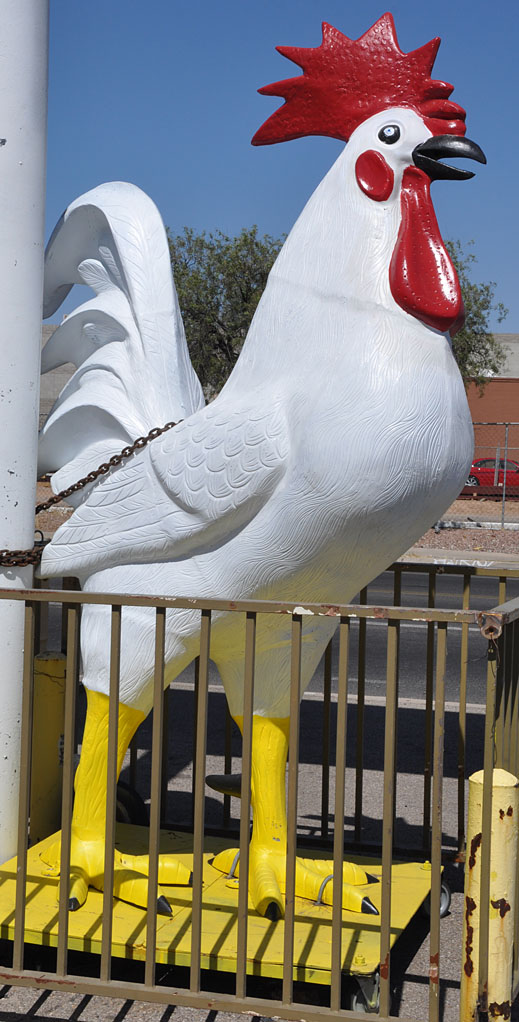 Dixon’s Blind & Awning in Rocky Mount, NC is still there but this wonderful giraffe disappeared sometime between 2012 and 2015.  My photos from 2009: 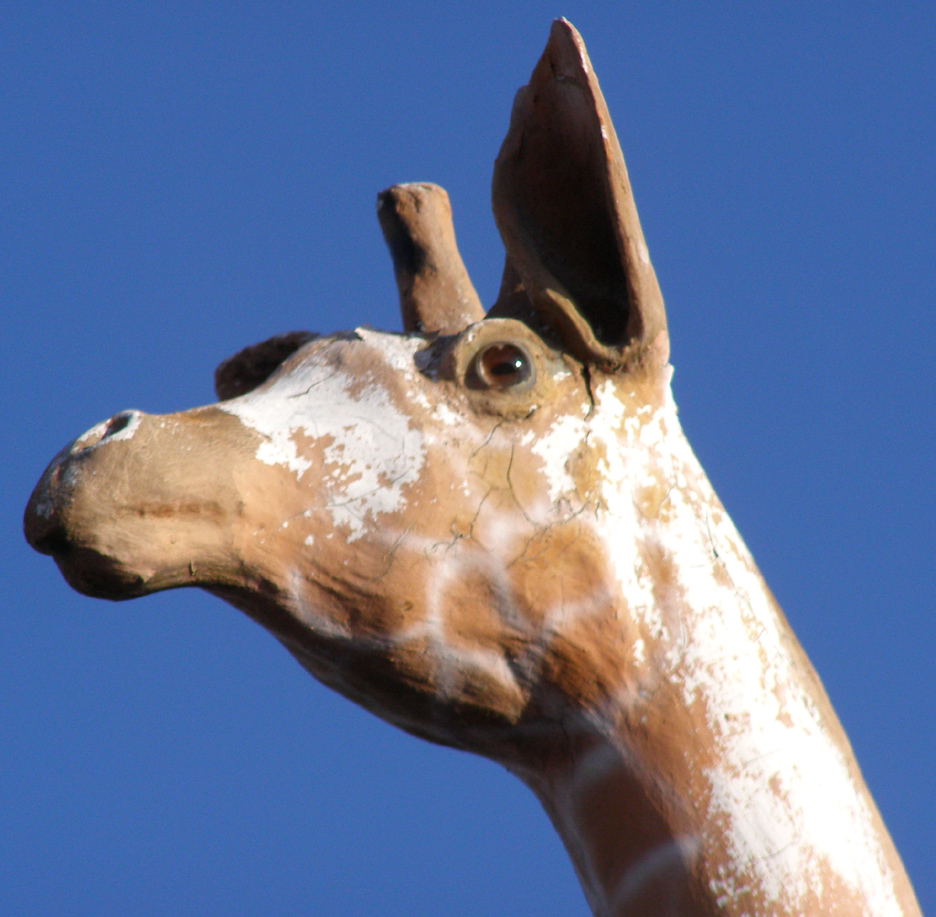 Another giraffe sob story .  This one was in Cape Canaveral, FL.  Traxx at Jungle Village has closed.  These two statues disappeared sometime between 2011 and 2015.   My photos from 2009: 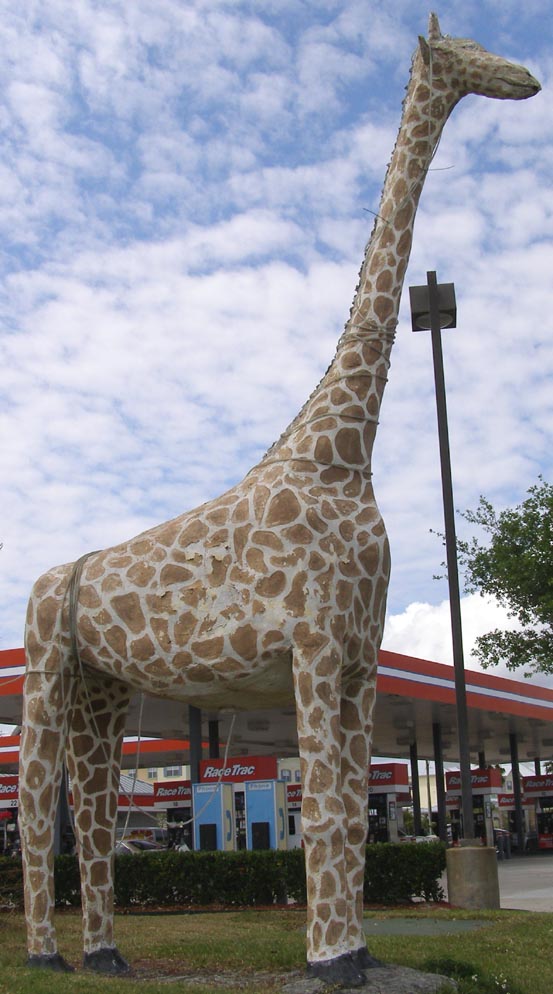 A close-up of his lovely concrete face: 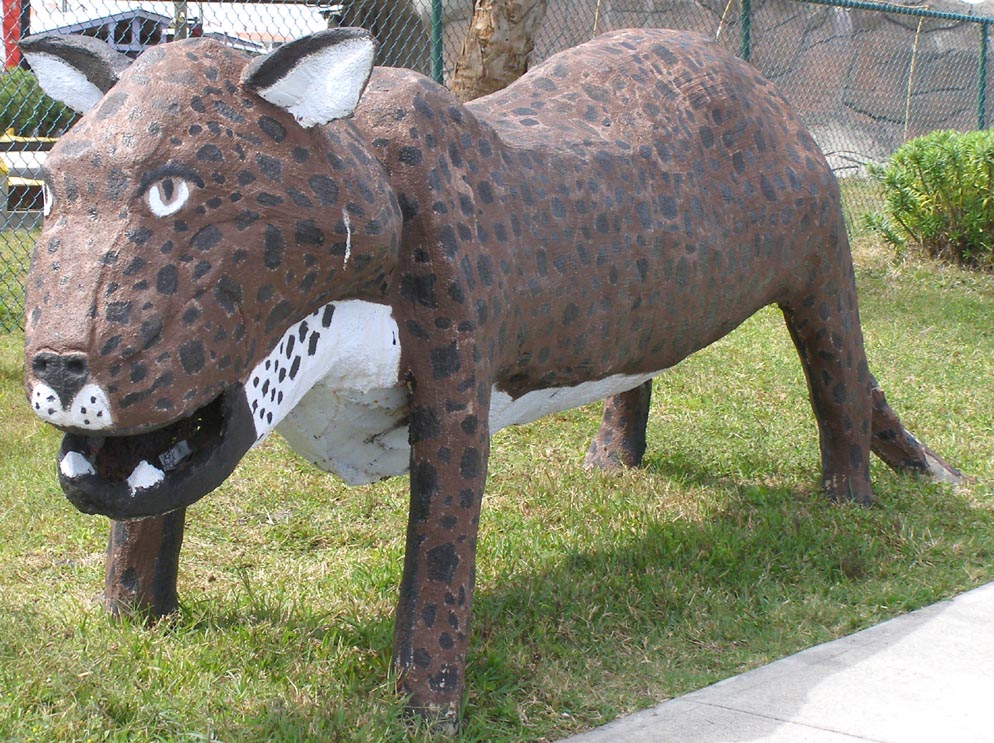 In January, the Octopus Car Wash in Rockford, IL became a Mister Car Wash .  This sign was reworked and the giant octopus was removed.   Here are a couple of my photos of the place from 2009:

Here’s what is there now [from the Rockford Register Star]:

There were about 25 of these “Ozzie” statues built in the mid-1960s.  I believe there are only two left on public display:  one in Milwaukee, WI and one in Sterling, IL.  I just spoke with the owner of the Milwaukee location and was assured that a) she’s keeping hers and b) the three statues from the Madison locations which were removed in 2015 are in good hands.  The owner is looking for appropriate homes for them.

So, that’s it for the animal statues section.  The really good news is that there are still hundreds them that are still out there.  If you’re into this sort of thing, here’s the Main Page for them at my website:
http://www.roadarch.com/critters/1.html

Back soon with “news” from other sections.