After a few more stops in Reno in the morning and then it was over to Lake Tahoe.  I did find a beach there to run the dogs.  Actually, it was more walking and sniffing since it was mostly rocks.  Nik and Grem got some swimming in but the water was way too cold.  They were shivering in the van for a really long time afterwards even though I wrapped them in towels.  It takes a lot for Fix & Griz to get in the water so they didn’t have to suffer.

This covered wagon building has me stumped.  It’s near the Magic Carpet Golf in South Lake Tahoe — but not close enough to be related.  Size-wise, it makes the most sense as a snack bar of some kind: 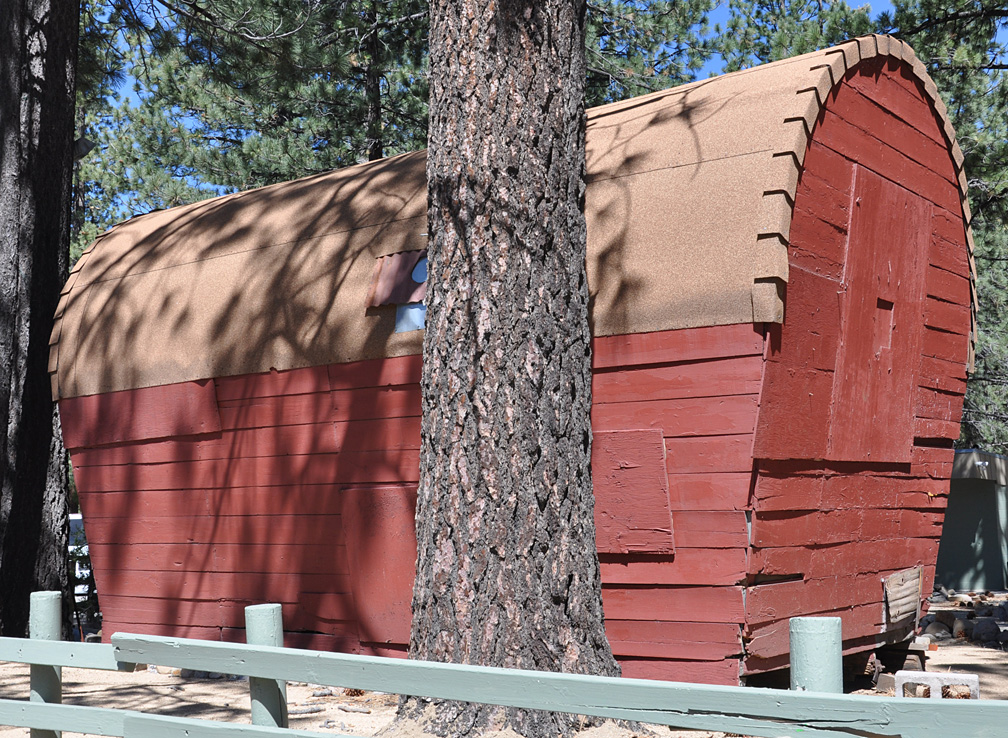 From Kings Beach.  This sign has a textured white plastic background that I haven’t seen before:

Plastic signs are so under-rated: 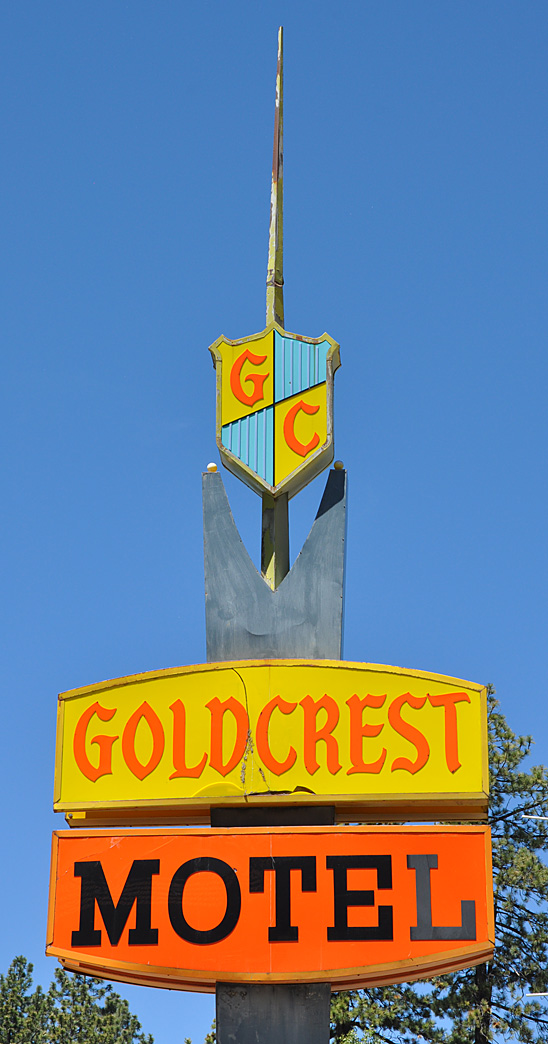 Leaving Lake Tahoe now — a couple of signs from Truckee:

Now a pottery store below — glad they let the sign stay & didn’t fuss with it: 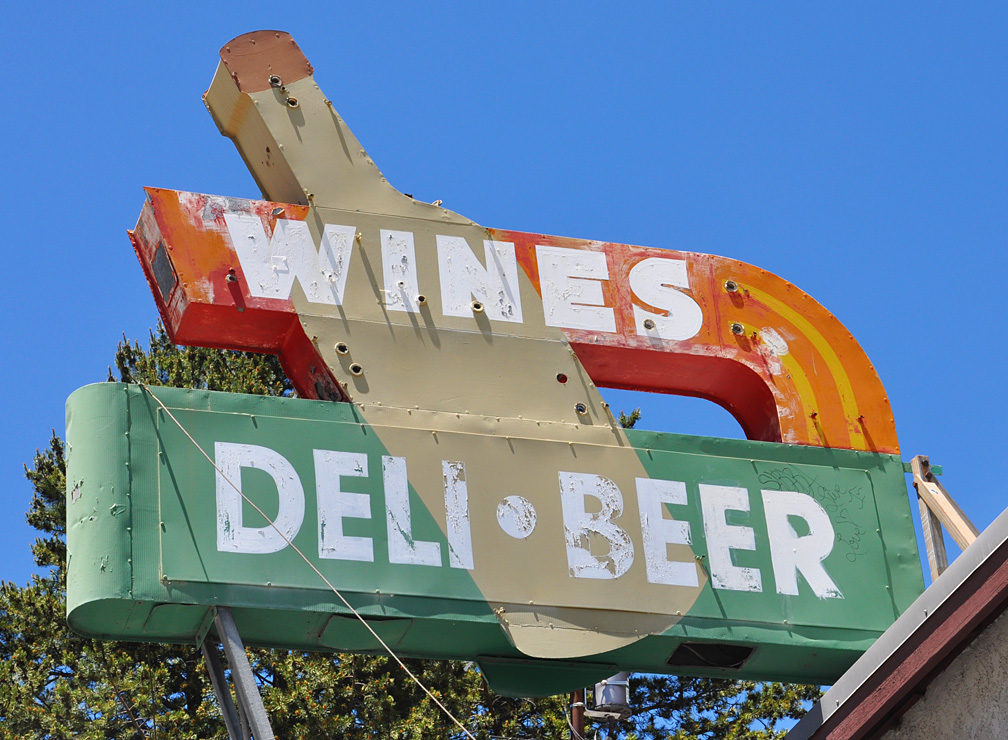 This building in Grass Valley appears to be tweaked Art Deco / Streamline Moderne.  I can’t find anything about it on-line: 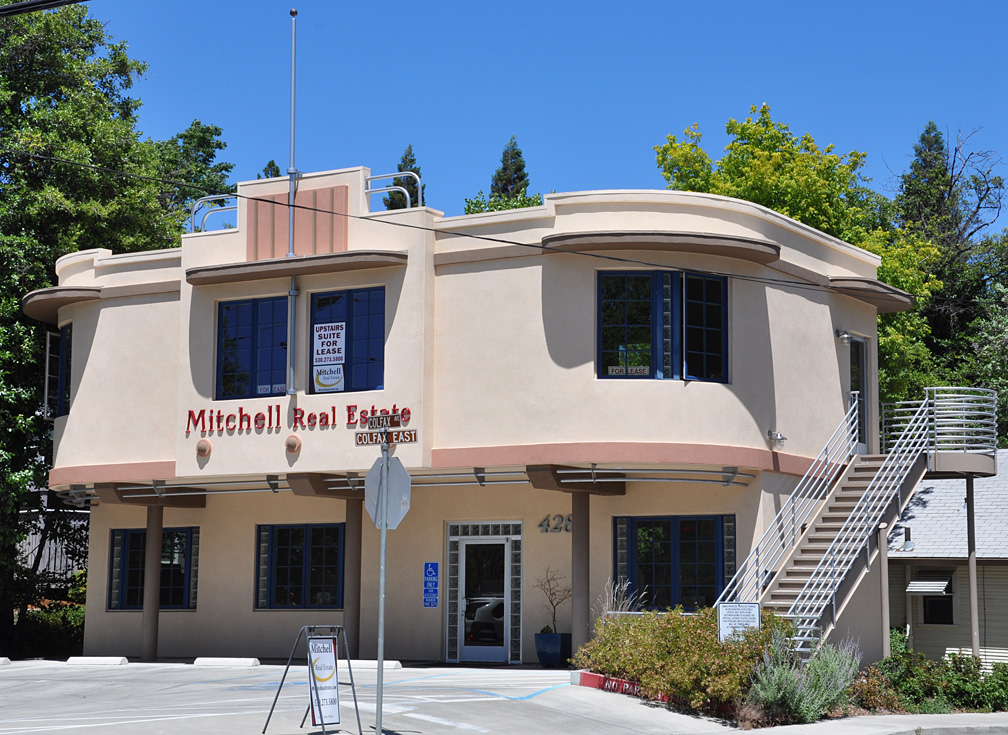 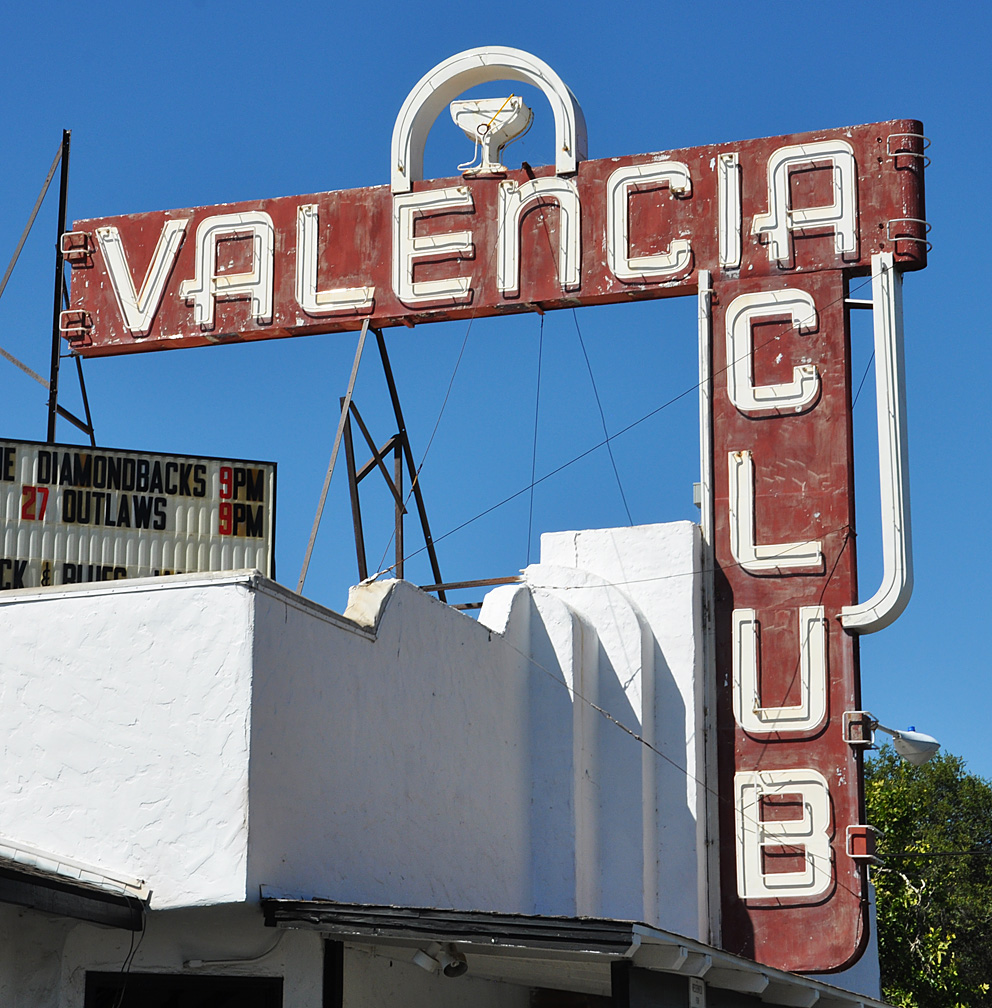 Rather than shoot this sign in Rocklin from the freeway, I took the time to toodle around in the mobile home park until I found it.  Due to the proximity to one of the homes, I could only get this angle though:

From Roseville.  I believe this was originally a Lincoln-Mercury dealership.  The top panel used to revolve and now just blows a bit in the wind.  The backside of that top panel also reads “CARS” and is painted white:

One more photo — this one also from Roseville.  This place opened in 1953 and apparently this sign is from then.  You can see the plugged neon holes but it’s still a clean sign.  And still in business: 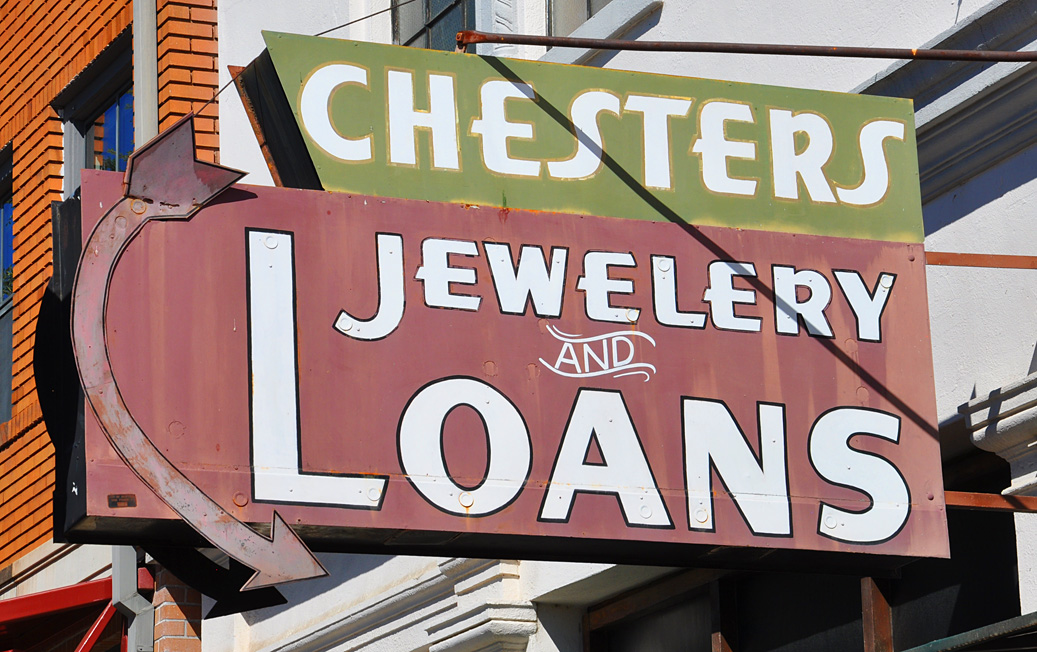 OK — let me go cook up the final post from this trip now.