Alrighty then.  So here is a sampling of Sunday’s photos from this weekend’s driving & shooting marathon.  One of the reasons that I got to bed so late on Saturday & got into this mess of being behind on blog posts is this little sidetrip to El Centro.  It’s about two hours from San Diego.  So, rather than wasting four hours roundtrip, I thought it wise to drive there at night and only waste half the daylight shooting time.

So, this was shot when there was just barely enough light in the morning.  I guess they cut back on the 31 flavors at some point.  Now, it’s a water store below the sign.

Here are a couple of remaining signs on one of the downtown main streets.  The businesses are gone:

A very sad downtown — it just have been swinging at some point.   Here are some nice window display cases: 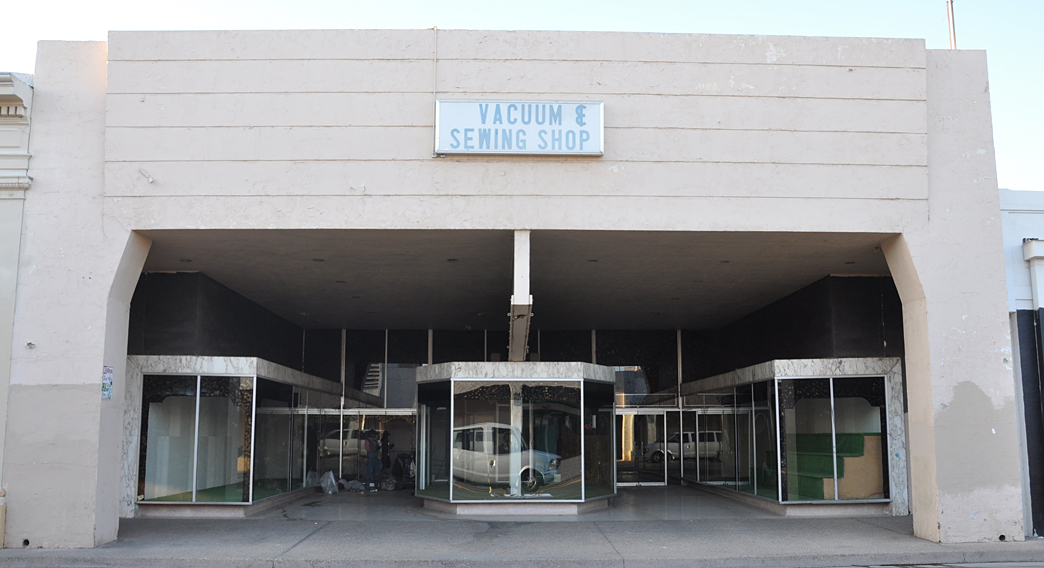 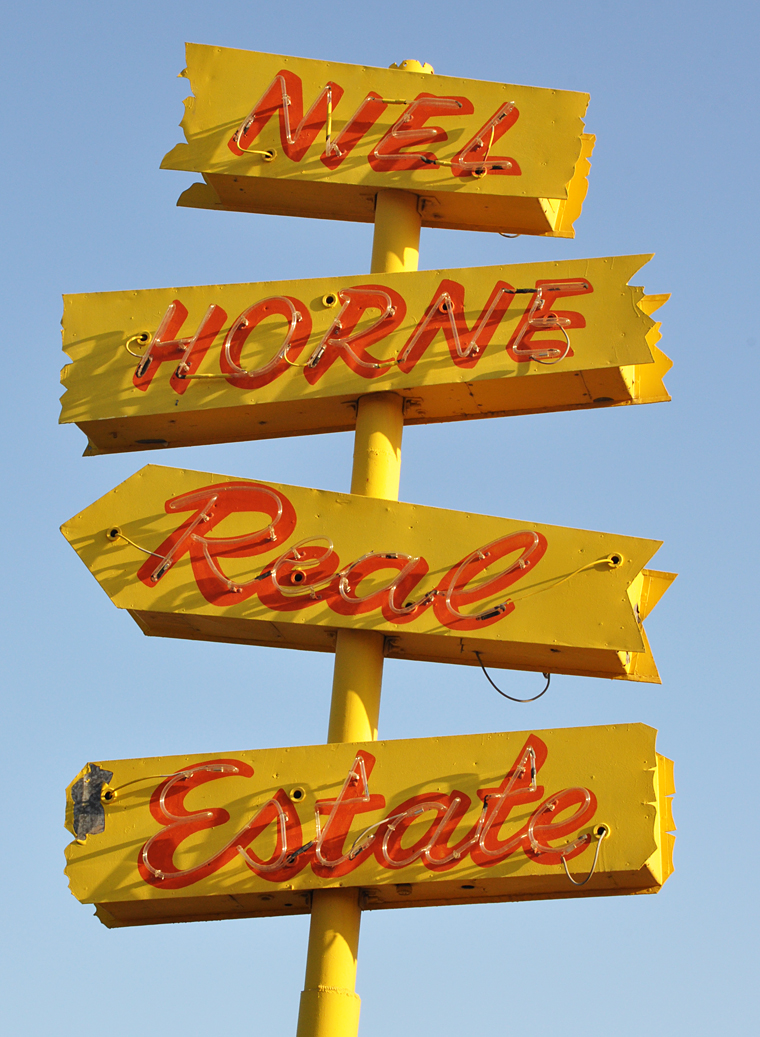 This oldie looks like it was restored in recent years.  Those stuck-on letters are probably original:

Moving on to the San Diego area — this sign from National City: 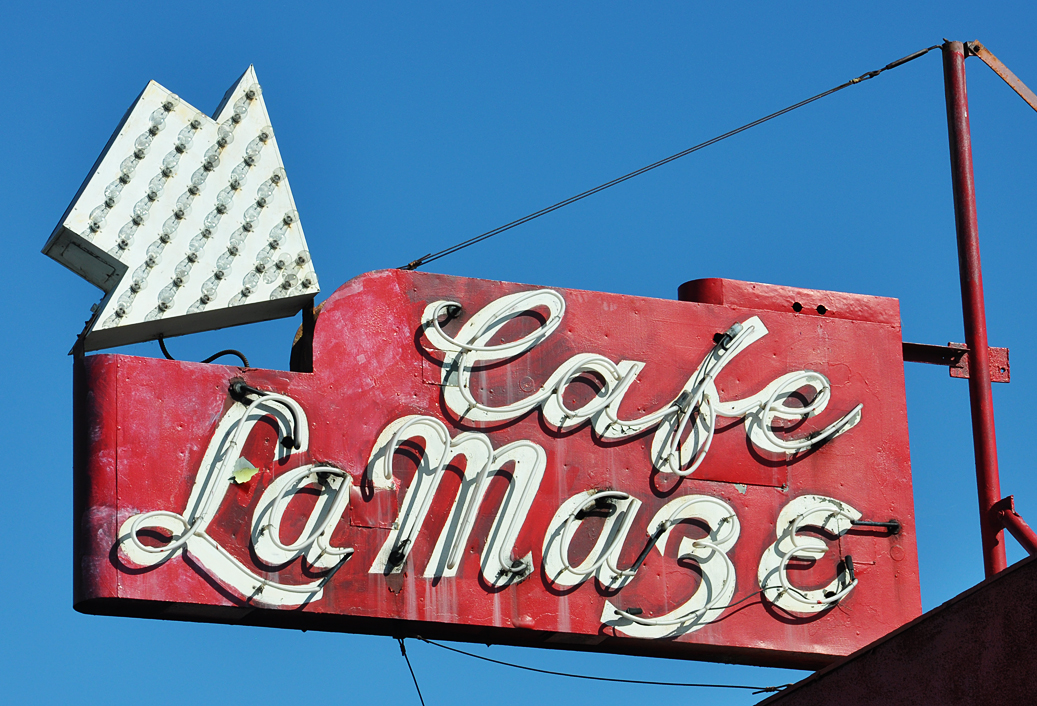 And these signs from Chula Vista: 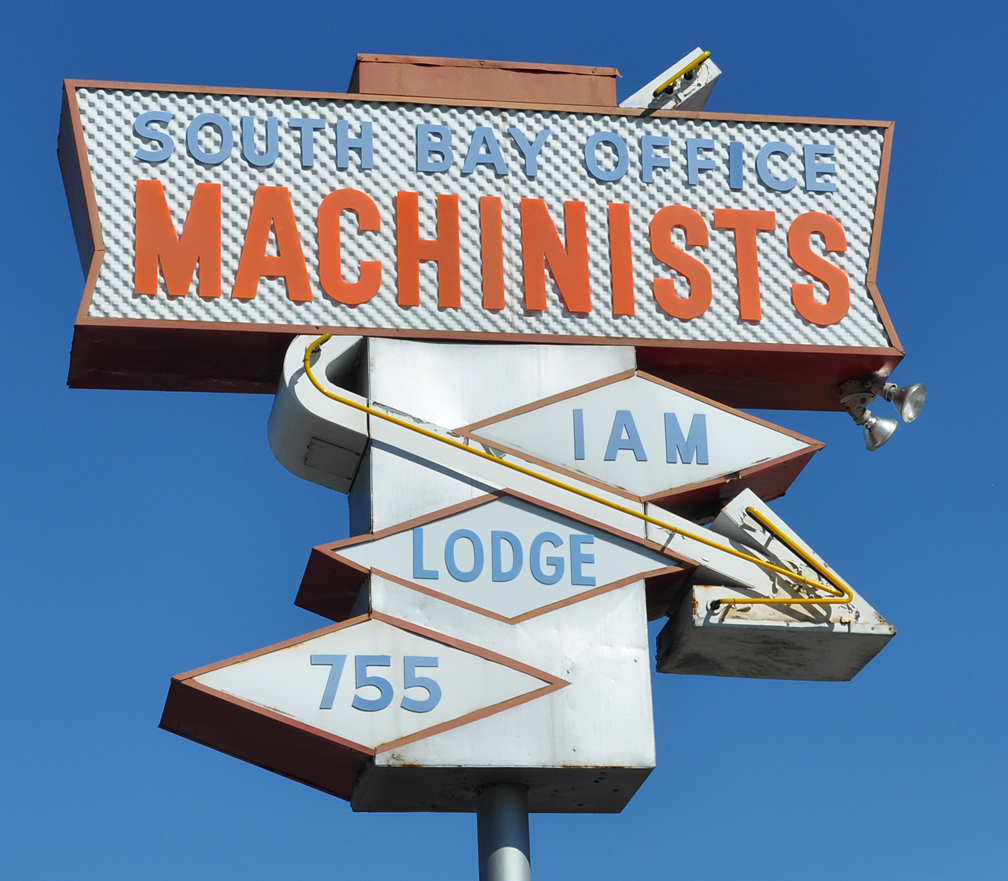 I don’t know how much of this neon still works.  The neon on the facade is probably relatively new (guessing 1980s or so):

Plastic signs are so under-rated: 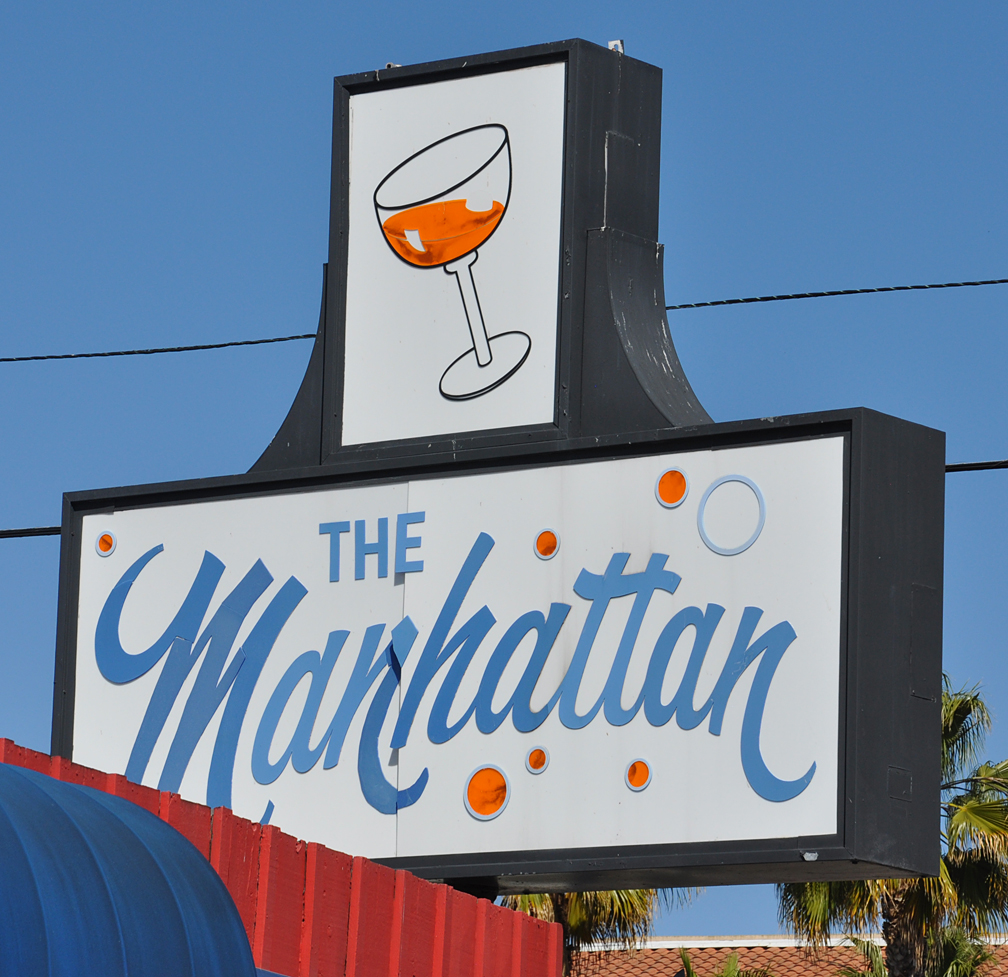 The El Patio gives us a pole sign and a facade sign — but I don’t know if either are still lit at night:

Most likely, some neon originally: 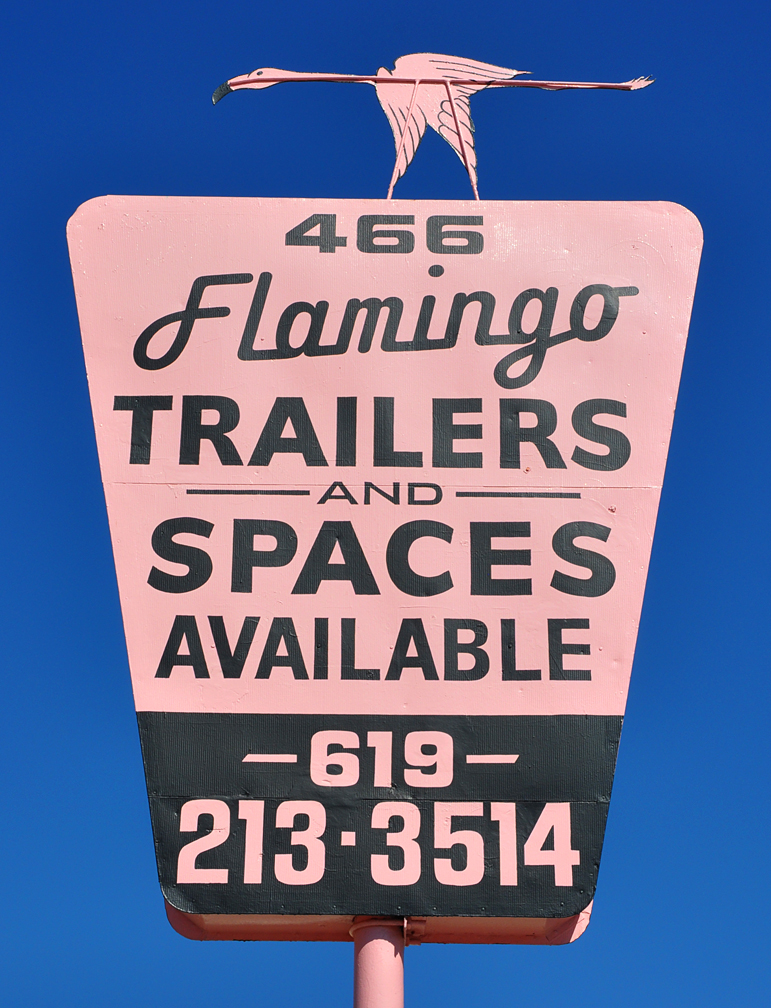 A Masonic Lodge with nice canopy details and neon sign: 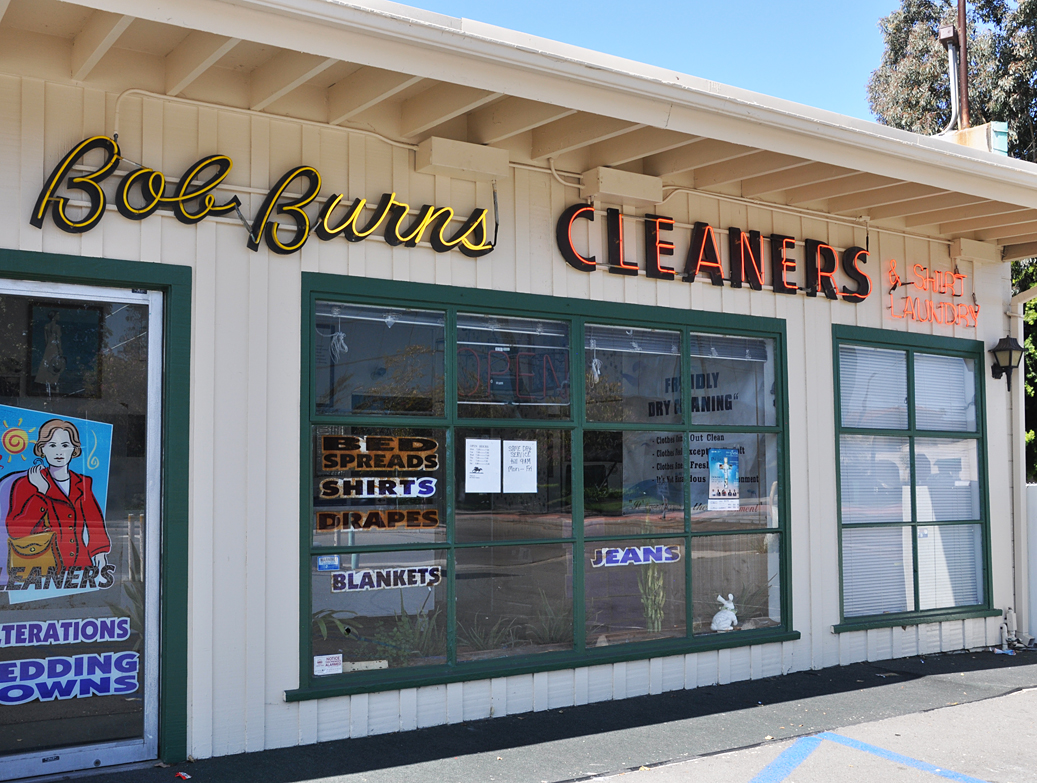 Across the street from Bob’s — I’m assuming this is an Irish bar?  Too bad I couldn’t get it to yesterday for St. Patrick’s Day: 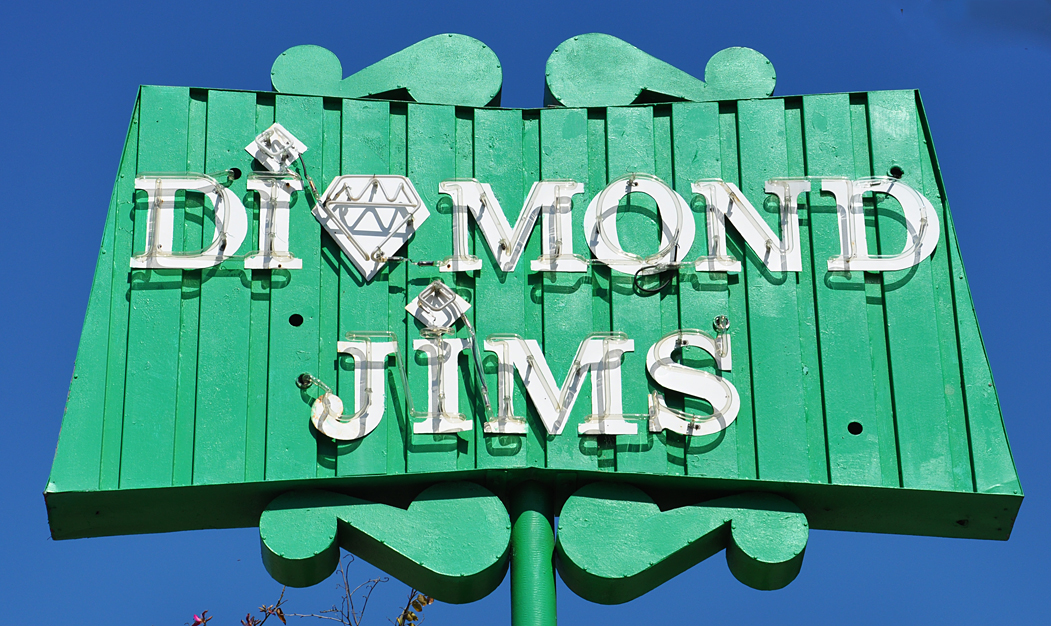 While many of you are still dealing with snow and cold, it was in the 80s this past weekend in San Diego.  I decided to have a Shamrock Shake from McDonald’s.  I never eat at McDonald’s — but this was a nostalgic moment.  I haven’t had one of these in more than 30 years.  I don’t even remember it being minty.  I just like the color.  And it was refreshing and filling.  They didn’t serve it with the whipped cream back.  It was just a simple paper cup:

And on to San Diego proper for some more signs.  This must be the result of some really cheap paint used during a “restoration”.  A shame because this is a really old sign (1920s?):

I’ve never been able to figure out what this place with the circus theme was originally:

The clown terrazzo apron at the entrance: 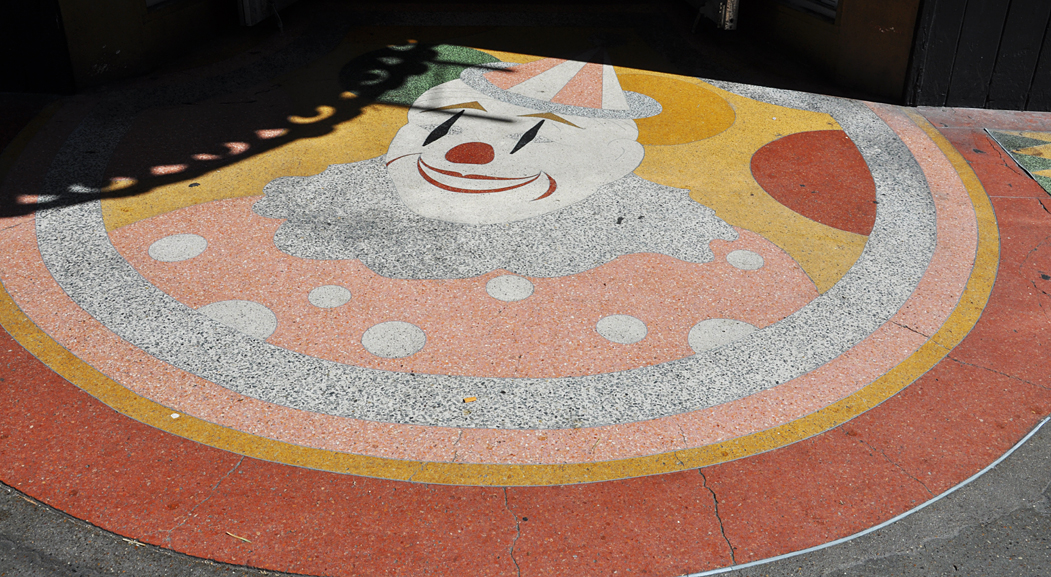 This two-tone green paint job on this Art Deco building is just horrible, in my opinion.  And I like green.  But wouldn’t something lighter and fluffier be better?

Union Station was built in 1915 — an incredible interior: 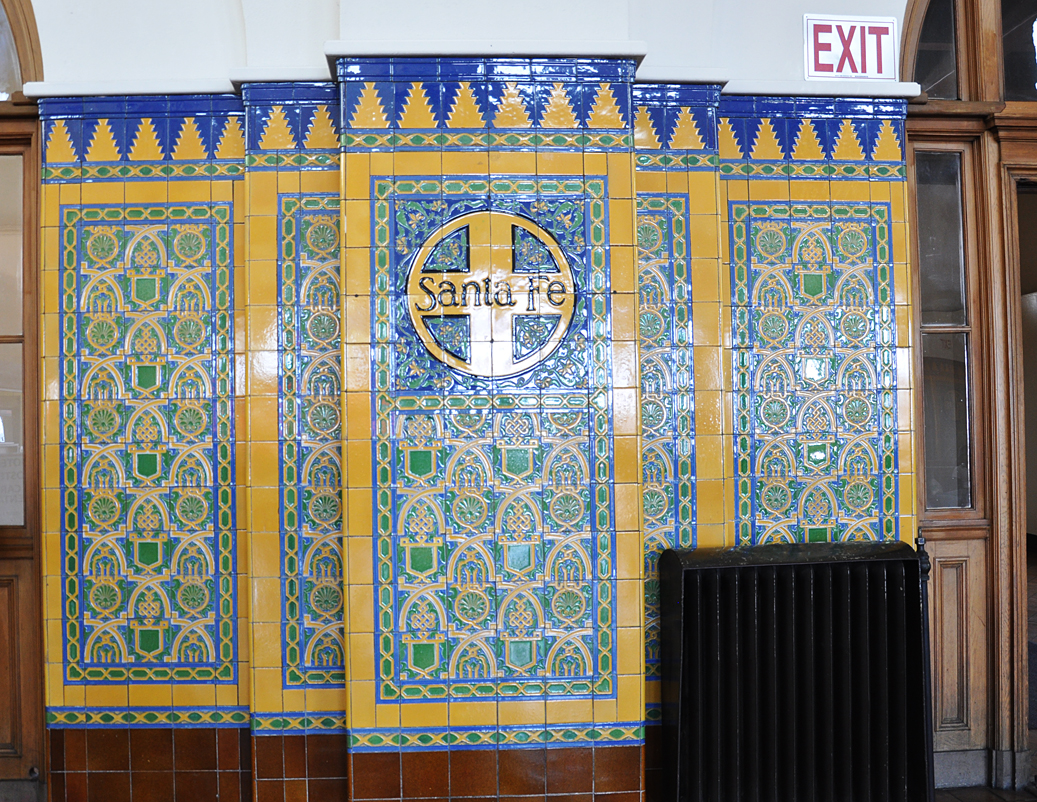 and yes, a mammoth, double-sided neon sign on the roof.  I don’t believe it’s lit at night:

A couple of quick shots from the Automotive Museum in Balboa Park.  A gorgeous little NSU Spider: 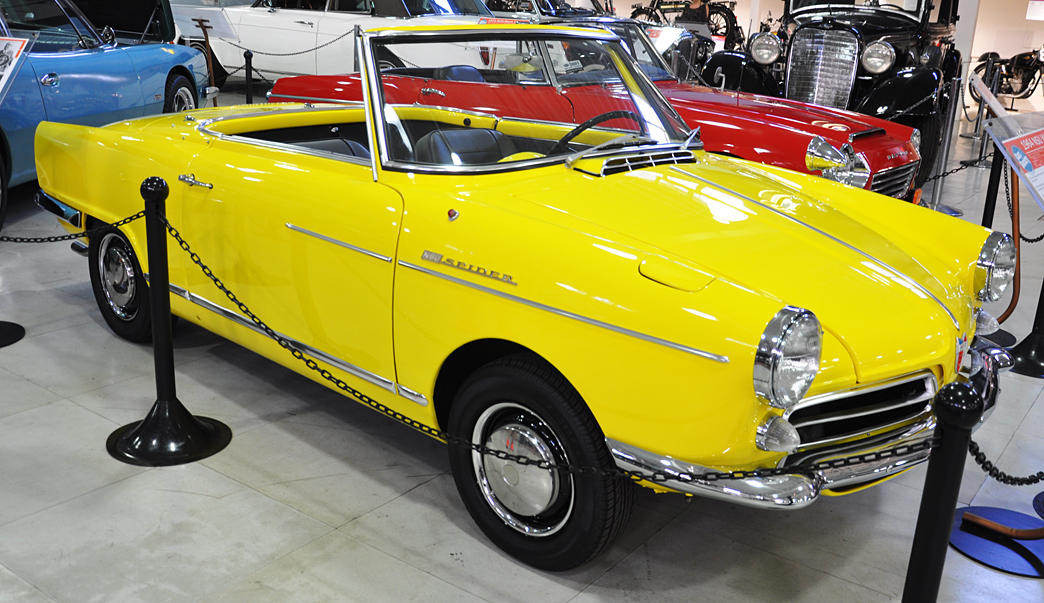 And this thing — which looks fairly ordinary until you look inside and under the hood:

Some details on the sign next to the car — and some more info at this link:
http://sdautomuseum.org/exhibit/louis-mattars-fabulous-car

Okay, I’ll leave you with one more sign.  A modern but super fun one outlined with neon — with Mr. DUI and Mr. Ticket.  Don’t forget — you can click on all my photos for enlargements:

And if you want even more photos from this weekend, check out the sampling I put up at Flickr:
http://www.flickr.com/photos/agilitynut/

I’ll be home for a couple of weekends (busy adding photos to the website).  Then, the dogs and I will be heading up to the Fresno area for some more shooting.