I’ve been wanting to make this little trip for a while.  Winter seems like a good time to head to the desert & avoid the heat even though the days are so short.  In summer, you get maybe four more hours to shoot — but it’s not a good time of year to break down in the desert.  Today’s shooting was made even shorter because I stopped at Griz’s foster parents in Acton for a couple of hours.  I adopted Griz (one of my dogs) from them in May and it was fun to show them his tricks, muscles and all that.

Lots of miles between stuff but, despite that, I was pretty productive.  Let’s start with the Valencia Lanes in Newhall.  Maybe the sign had neon panels originally.  The building was not worth shooting:

Later, as the Bon Reussite Resort, it was “a fat camp for celebrities that was kept very discreet.”  Evidently, closed for at least 15 years: 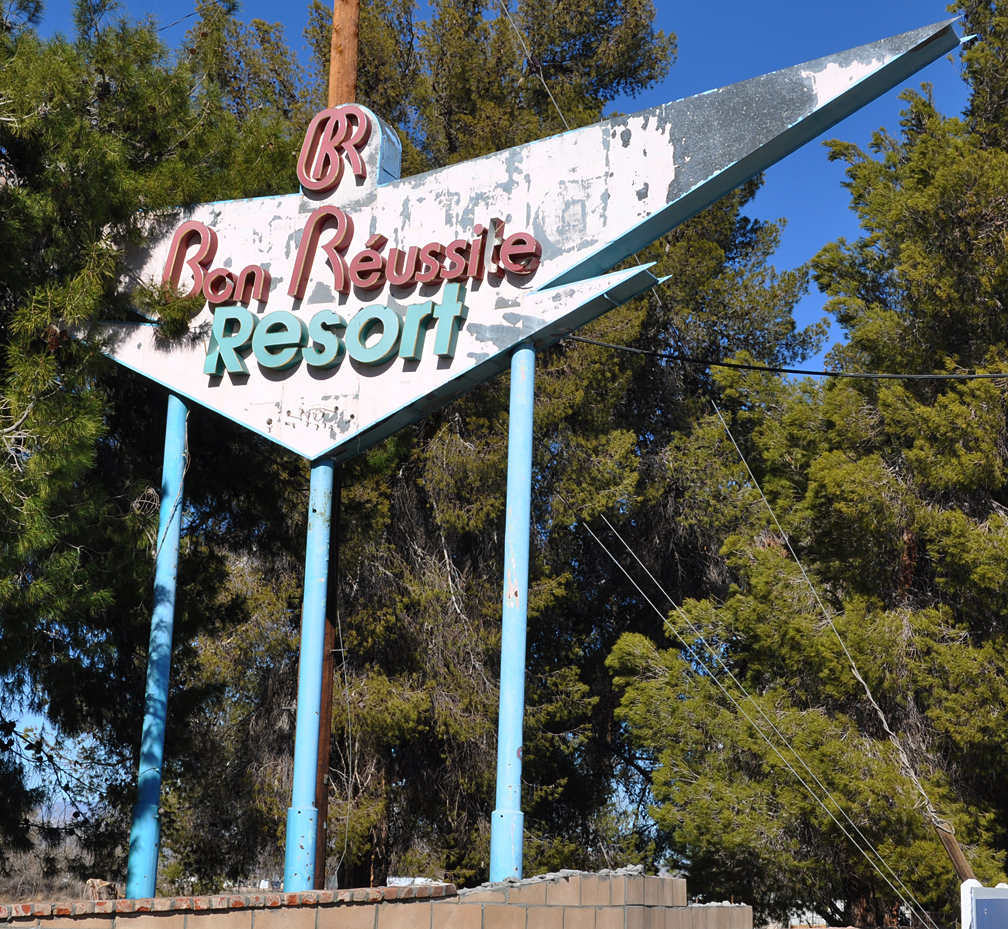 From Rosamond — at the Kieffe & Sons Ford dealership.  Neon removed — but, thankfully, the sign is still there:

From Inyokern — a reworked older sign but fun lettering and colors: 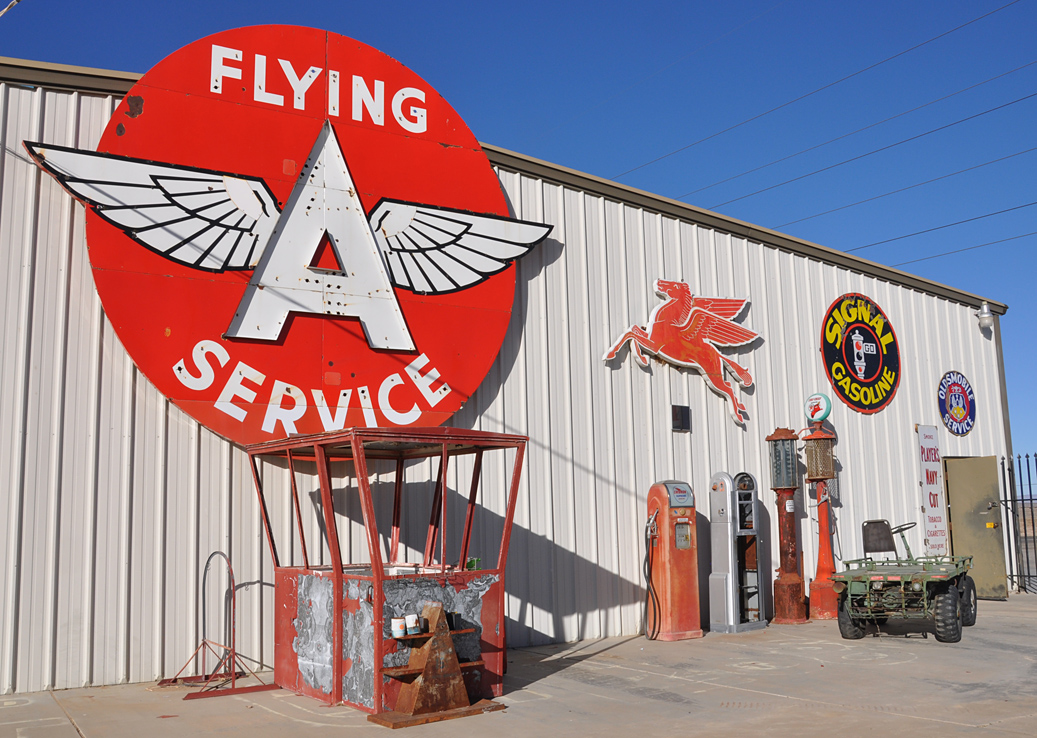 and indoors (note: a lit Dog n Suds sign in the middle and a large Pep Boys statue on the right): 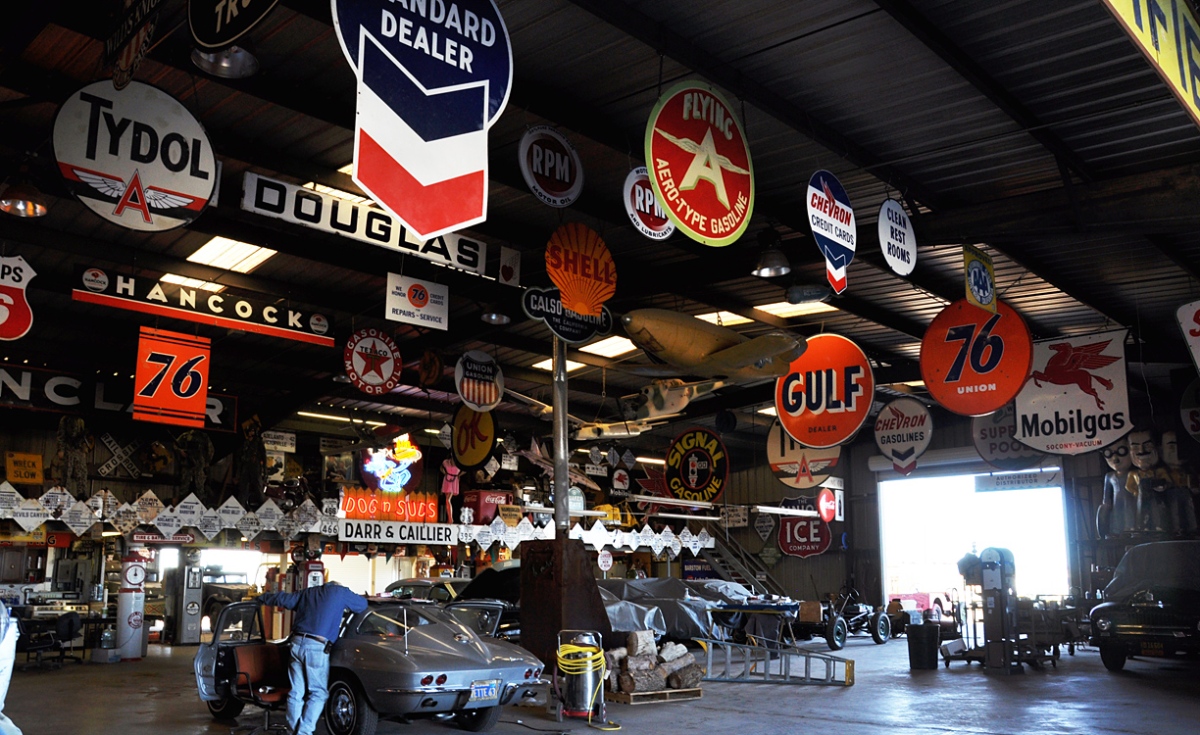 A couple of the signs inside: 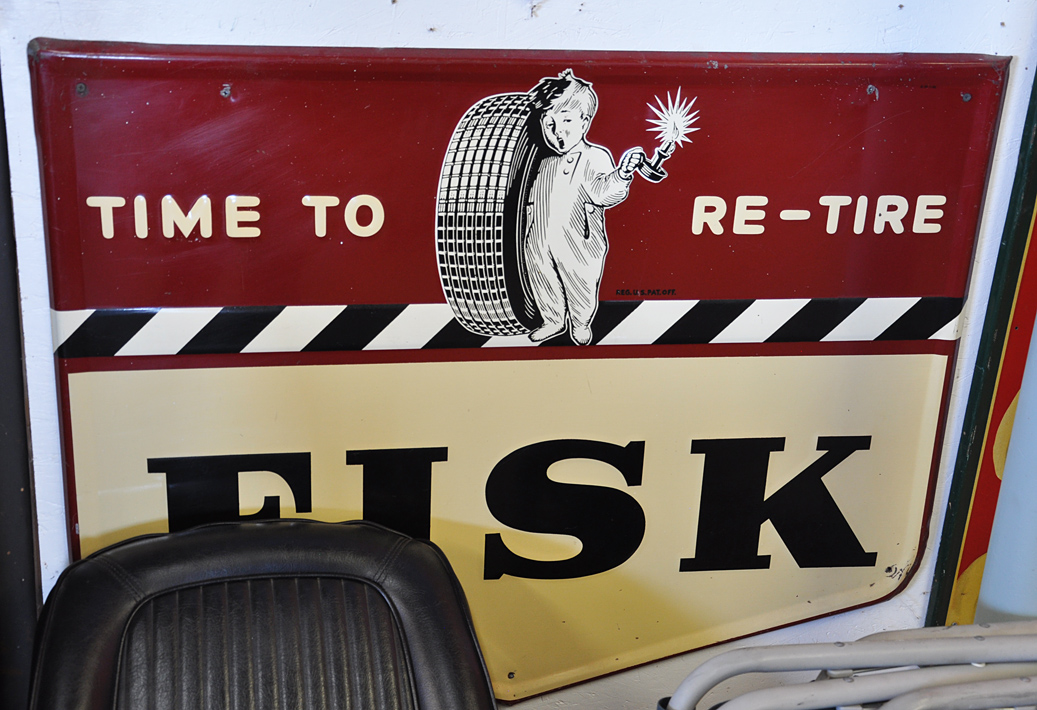 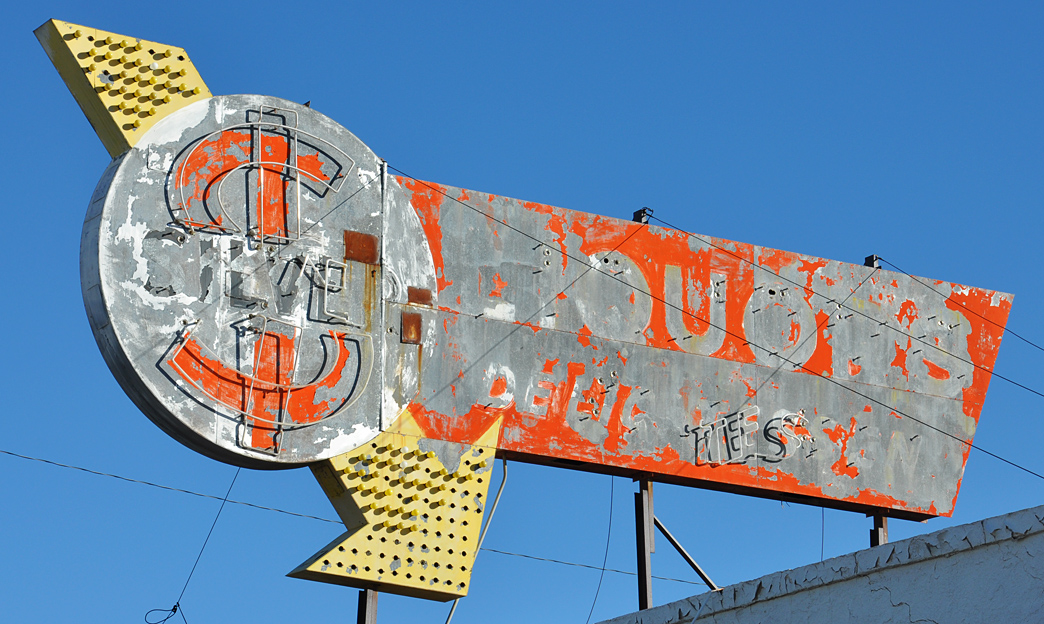 I zipped up to the Borax Visitor Center in Boron to shoot the 20 Mule Team statues.  While there, I found a nice photo-op spot for the kids.  The plaque describes this as a 190 ton truck tire, 11 feet tall.  Left to right, that’s Grem, Nik, Griz & Fix:

Hard to pick the cutest, isn’t it?

From Lenwood — I don’t know what this place was originally:

On to Barstow for the last bit of the day and this post’s photos.  Tom’s Welding has amassed a huge collection of signs.   There were a lot more that I couldn’t get to since the place was closed for the day:

Most of the signs are dark in Barstow at night – but here’s a nice oldie:

and this one is obviously new — but awfully nice:

That’s it for today.  I’ll get photos from tomorrow up on Monday or Tuesday.  It’s gonna be a long drive home tomorrow night — compounded by holiday traffic.  In the meantime, don’t forget — more photos from today over at Flickr:
http://www.flickr.com/photos/agilitynut/