Hi there!  The dogs and I are taking a break — off to the L.A. area for a couple days.  The plan is for stuff from Hollywood to San Bernardino-ish.  I made an ambitious list for after work Friday to shoot some neon.  It was a killer bit of haul-ass driving and kept me busy until 11:30 pm.  So, I’m starting the trip already exhausted.  But now I’m sitting here at 9:30am waiting for the clouds to go away, I’ll get in a mini post now.  And maybe take a nap after that.  It’s supposed to clear but I don’t see the sun making any effort.

From Culver City — the Medical Office Building from 1964.  I’ve always loved the glass on this one: 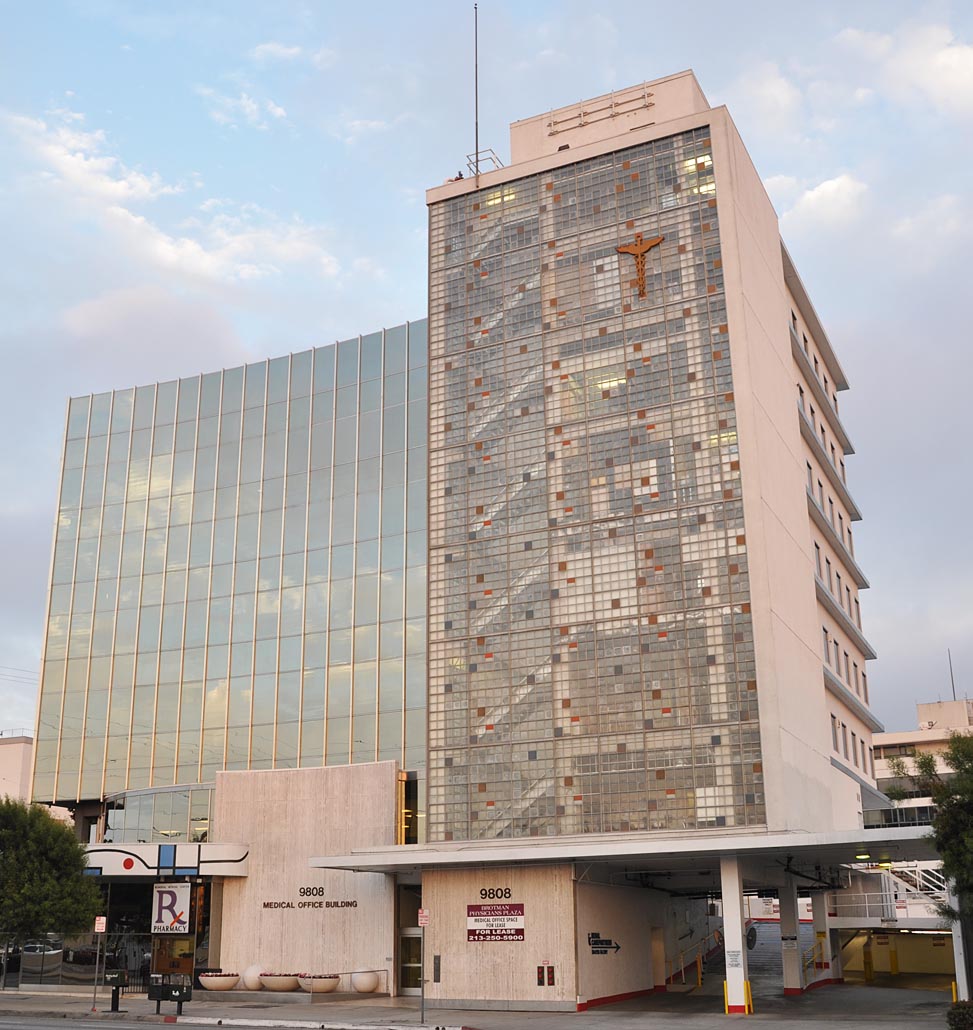 A closeup so you can see the stairs — and desks and maybe filing cabinets if you stare long enough: 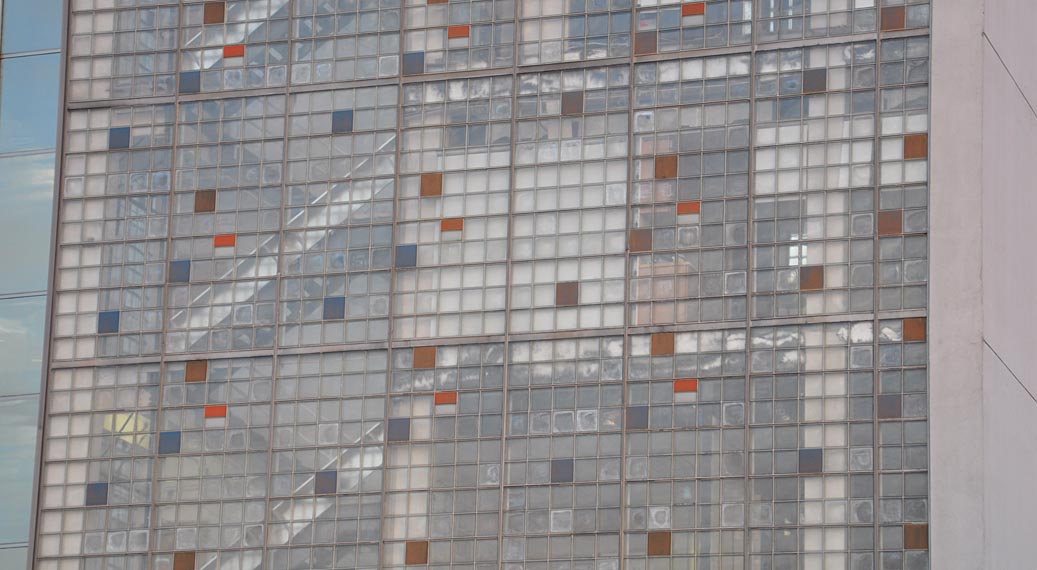 On to Santa Monica — the still-open Sears:

Sort of have to include the pier sign.  It was really hopping last night: 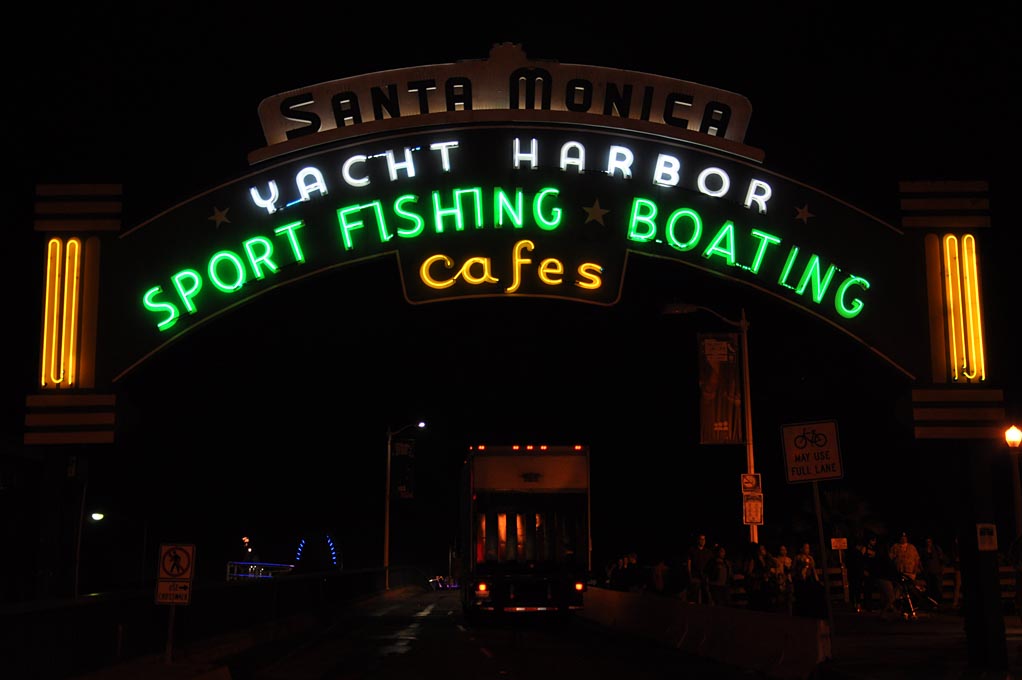 From South L.A.  It’s really “King’s” but I like it better partially lit as “Ing’s”:

Also downtown — an oldie — probably from the 1920s or 1930s.  That’s when they made those cool rope-y borders from tin (you chose the design you wanted).  And the letters were installed on top of the sign panels and then neon on top of that.  Possibly ripple tin (textured panel surface) — hard to say since it’s probably been painted over a few hundred times.  These signs may be just text — but they are so rare and wonderful.  And seldom still lit.

From L.A. near the Fairfax District.  A skeleton (window) sign at Roberto’s Shoe Repair.  Simple and amazingly wonderful in my opinion:

Still L.A.  I was really looking forward to finally seeing the Stephan’s Plumbing signs at night.  I’ve read that the signs were still lit — and with animated “dripping” and “pouring”  But alas, the only thing lit were a few letters of the “pouring sign”.  No animation.  Everything else completely dark.  Major bummer.  Here’s a photo I took in 2008 of the sign by day:

On to North Hollywood for the Circus Liquors sign — another semi-disappointment.  The other side was pretty much the same amount of unlit-ness.  A daytime shot I took in November for context of what’s missing:
http://www.ipernity.com/doc/roadsidearchitecture/16308223 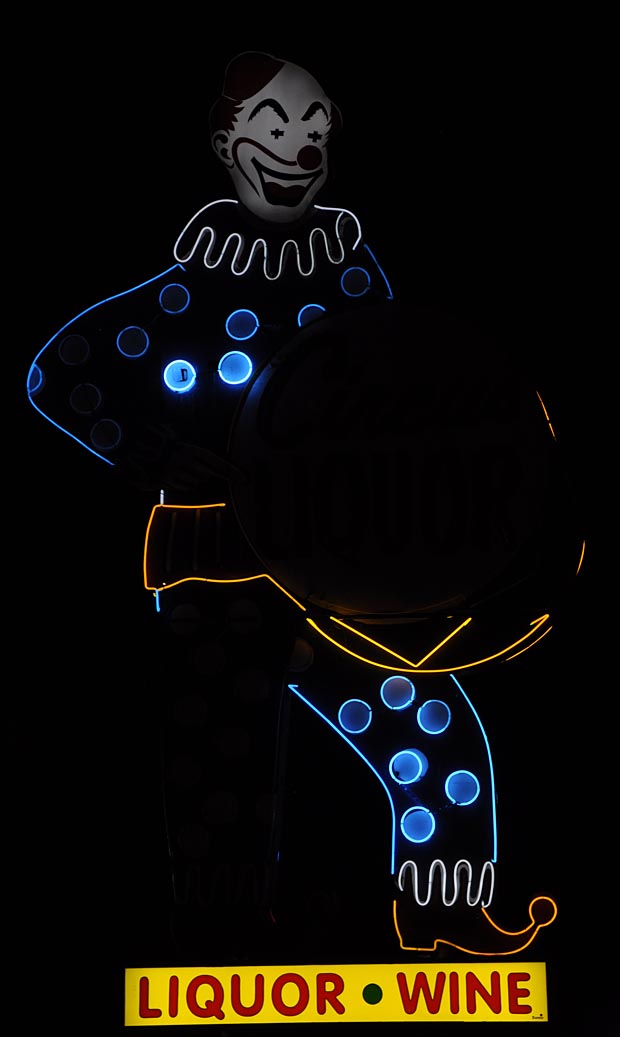 Ah well.  I did get some other nice neon shots — some of which are over at Ipernity if you care to have a peek:
http://www.ipernity.com/doc/roadsidearchitecture

More tonight… no signs of sun yet.