Sorry for the delay in this final installment.  I was really exhausted from such a short trip and then life got in the way.  Anyhow, I got through my list and wrapped up around 3pm and beat the holiday traffic.  The day was spent shooting stuff in Hollywood and “The Valley”.

A typical Hollywood scene — I assume you pay & pose with these guys.  They are right in front of the Chinese Theatre.  This was always called “Grauman’s Chinese” when I was growing up — but now it’s the “TCL Chinese” which doesn’t have quite the ring.

Biggest mistake of the trip.  While I’m still eating dairy and I do love grilled cheese, I thought I’d give this a try.  I debated between the plain and the “Mission” which promised pepper jack on sourdough and I opted for the portabella mushroom addition.  Total $7.96 — ouch. 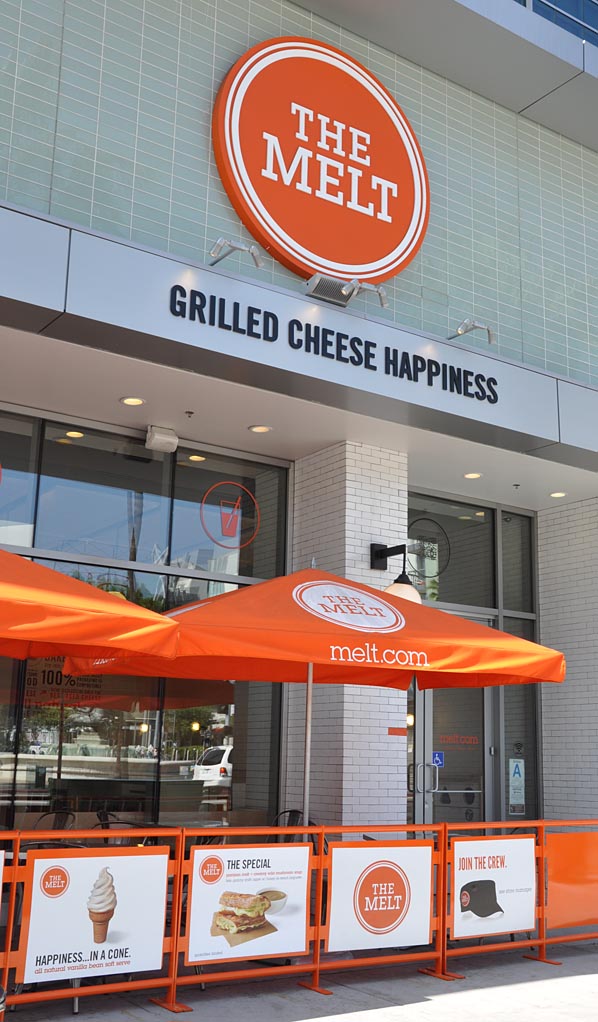 I was psyched.  But it turned out to be jack cheese with giant slices of jalapeno peppers all throughout it.  Gobs of them.  Three bites and I was gulping my Diet Coke for relief.  It was completely inedible.  I might have taken it back had I not already been many blocks away.  I can’t imagine anyone actually eating something like this.  I’d better just stick with ice cream and burritos from now on.  Pretty hard to screw them up.

Not much old stuff left in Hollywood.  This is as rusty/crusty as it gets:

This sign has been spiffed up a bit recently.  The neon removed and replaced with backlit plastic.  Here’s what it used to look like:
http://www.flickr.com/photos/tmoneyla/3247681243/

The neon’s gone on this sign, too.  But the place still has some character:

Sorry about the sun flare.  There was originally a neon rose between “Parisian” and “Florist” on the orange sign — see this link:
http://www.flickr.com/photos/neonspecs/1112720670/

This sign was starting to get some rust and had a bit of peeling paint when I shot it last in 2008.  And things are only going to get worse now that the store’s closed.  Maybe being installed on the roof will protect it from whatever newcomers move into the store below?  Let’s hope.  I don’t know if the spokes were ever animated: 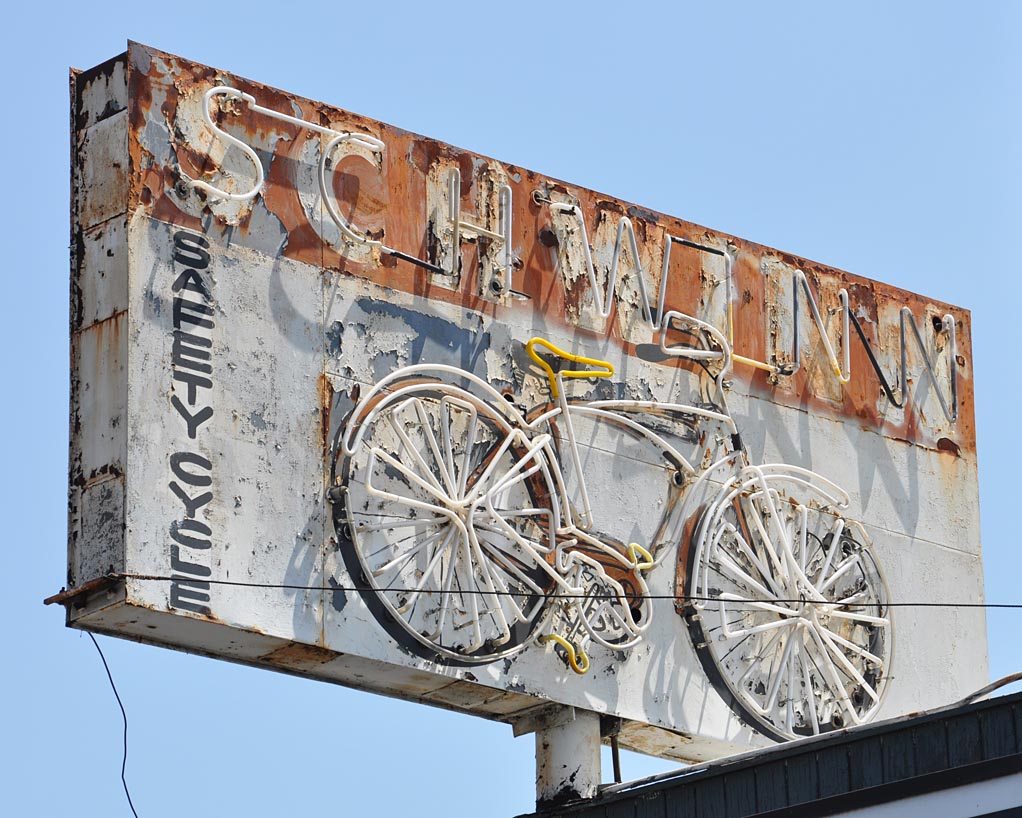 Moving on to The Valley.

Much sadness from Burbank.   It kills me to see Papoo’s Hot Dog Show closed.  I knew about it when it happened but it’s so much worse to see it in person.   Here’s what the dog with angel wings above the door used to look like:
http://www.flickr.com/photos/classymis/3800730140/

and an article about the place:
http://latimesblogs.latimes.com/dailydish/2011/08/papoos-in-toluca-lake-is-closing.html

The good news is that the dog and parts of the pole sign were saved by MONA (the Museum of Neon Art) and will be displayed at their new digs in Glendale eventually.

From North Hollywood.  When I last shot the barrel-shaped La Caña restaurant in 2008, it looked like this:

This article covers the place’s history and has a nice vintage photo:
http://www.nohoartsdistrict.com/index.php/north-hollywood-news/item/696-farewell-la-ca%C3%B1a#.UaY3EtJO-So

I have read in news reports that restoration plans were in the works since at least 2011.  However, things must be moving slowly since this is how it looked this weekend:

From Van Nuys.  An Atlas statue originally from a Jack LaLanne’s European Health Spa.  This one adapted for the Duk Su Jang Restaurant and installed on the roof.  There are still a number of these statues left around the country — though I don’t think any of them are associated with fitness centers any more.  Here’s one I shot in Columbus, OH in better shape — advertising for Atlas Construction:
http://www.flickr.com/photos/agilitynut/6984097814/ 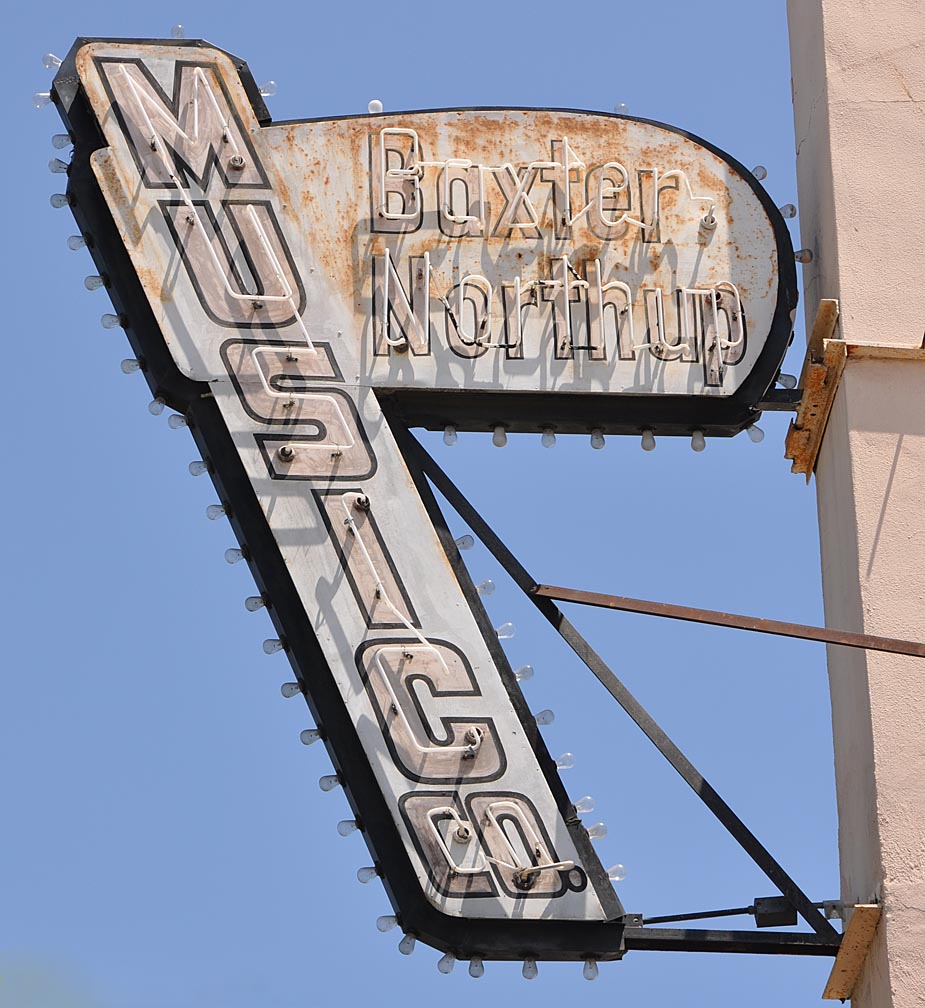 And lastly, from Northridge.   Who could not love the happy, drunken jug: 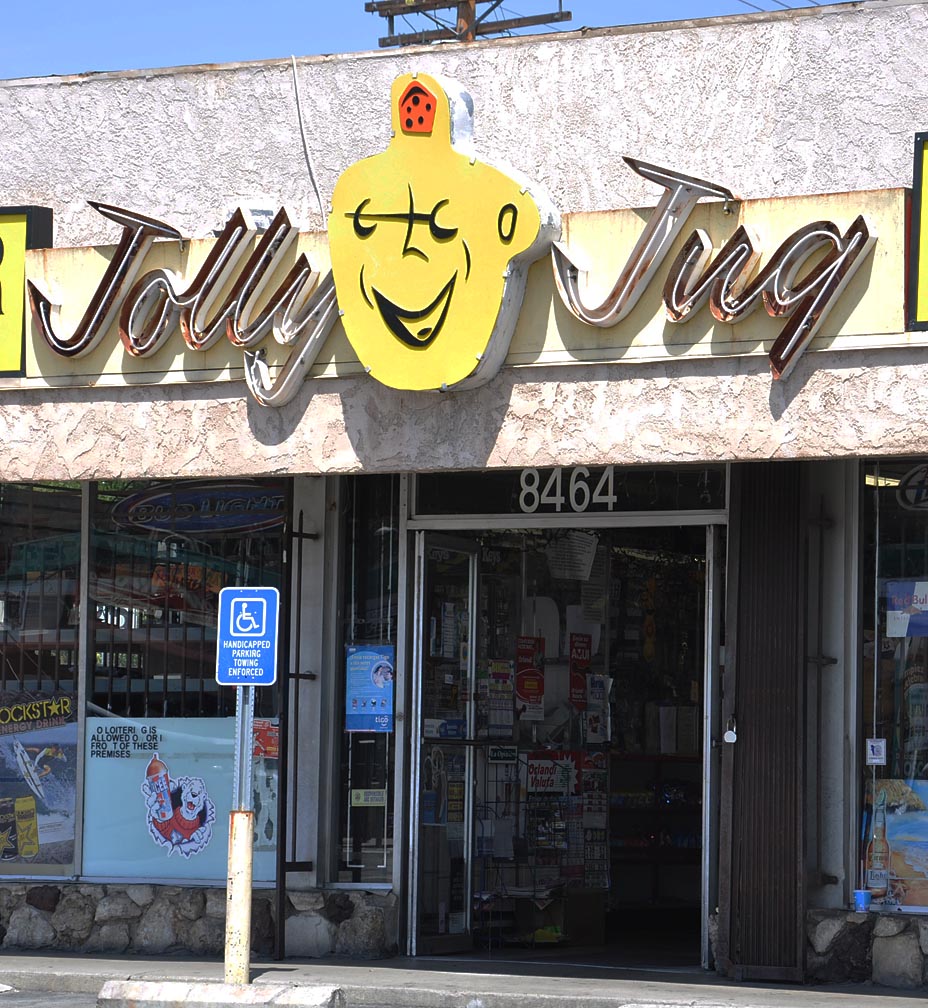 So, that’s a wrap.  I’ll be down in Culver City again in a couple of weeks to get Nik’s eyeball rechecked.  I’ll probably get some more photos for you then if the weather is good.

Don’t forget, there are other photos from this trip at Ipernity:
http://www.ipernity.com/home/roadsidearchitecture