I decided to take a break from the job hunting this weekend.  Actually, only officially started this week since I had a lot of odds & ends to deal with first.  I went up to visit my mother who lives near Lake Isabella.  Hadn’t seen her since 2008.

Here are a few random Ventura shots first since that’s where I’ve been doing the hunting.  The marquee from the former Mayfair Theatre sits in an empty lot.  I have no idea who owns it or what the plans are for it.  The theatre was demolished in 2004:
http://cinematreasures.org/theaters/2328

Here’s what the sign looked like in later years when it housed the Pussycat Theatre (an “adult” movie theatre):
http://americanclassicimages.com/Default.aspx?tabid=141&txtSearch=mayfair&catpagesize=25&ProductID=25082

Note the cool box office and the cheese holes above the marquee in the link above.  A damned shame that it was destroyed.

Sorry, I didn’t write down the name of this liquor store: 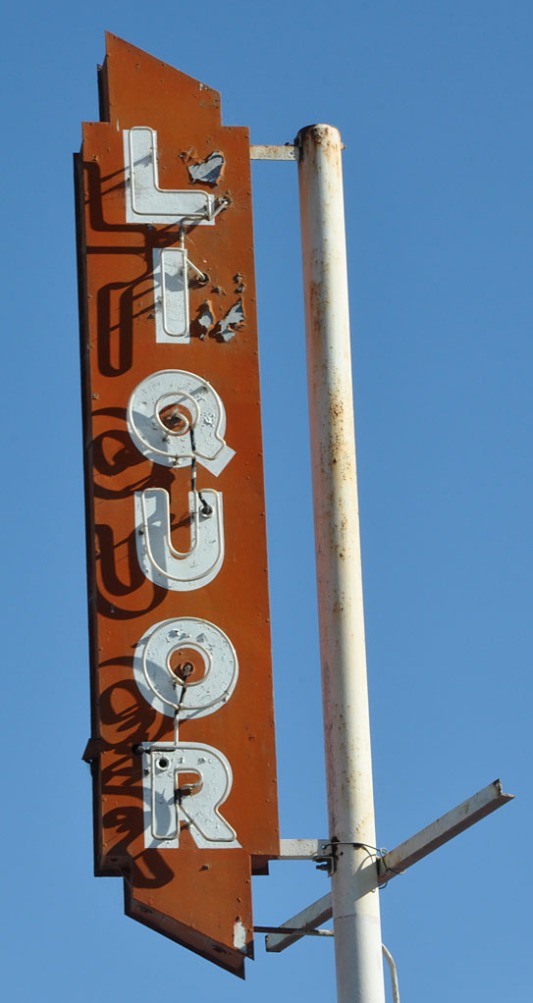 On Ventura Avenue — most likely a repurposed sign.  This is a mobile home park:

OK — now on to the trip — Lake Isabella is in Kern County: 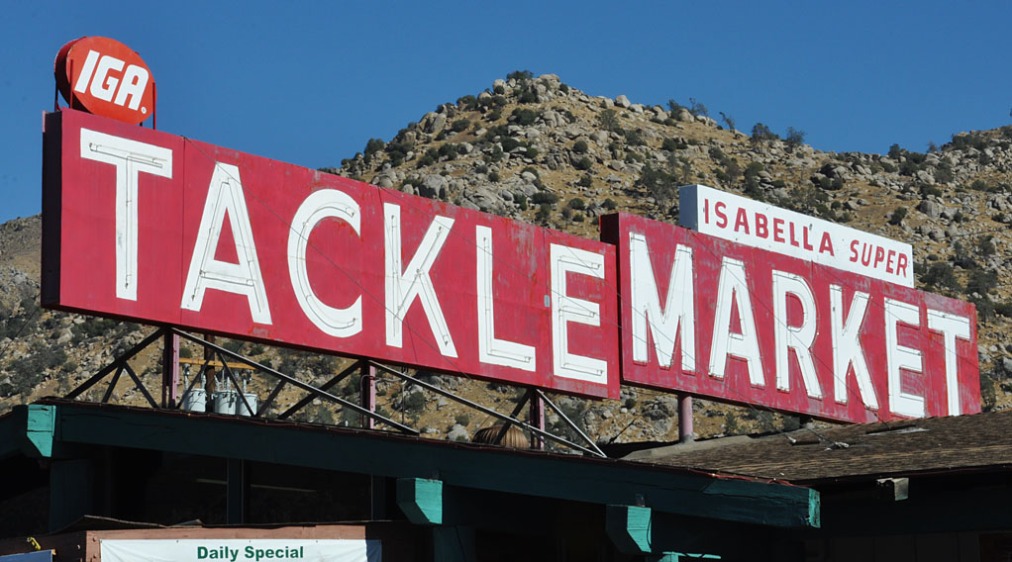 THE coffee shop in town.  Yes, we had breakfast here.  Decent.  Note the extension arrow:

Two or three of these “Dam Korner”s in town — but this one has the nice sign:

Arlie’s Club is about as fancy as the signs get here.  And one of the very few lit at night:

The lake in which the dogs, naturally, had a lot of romping time.  I’ll spare you shots of the dogs since they got so much air-time in the last post.  Maybe this is what lakes on Mars look like:

The prettiest night-time signs in town — at the Isabella Motel:

I made the most of my return home — with full day of sun to shoot stuff in Bakersfield.  I’ll get you some shots from there tomorrow night.