Halfway where?  We’re officially halfway through this trip.  When folks ask me where I’m going on my “vacation”, and I say “Colorado and Wyoming”.  And they ask, “where in Colorado?”  And I reply, “everywhere”.   They look kind of baffled.  Uh, yeah, this insanity is not how most people would spend their vacations.  I guess they have some sort of destination — and then they sit around when they get there.  How boring.  Maybe I’ll learn to relax in a couple of decades.

So, I covered lots of ground today:  the northeast corner of Utah and lots of low-key towns in northern Colorado.  Then all the way back to Grand Junction to set myself up for a Moab visit with a friend tomorrow.  Sparkle deserves a day — or at least part of the day off.  She’s been climbing some killer mountains the past few days.  I’m thinking maybe I should have the brakes checked before we tackle Wyoming.  They feel fine — but jeez, they’ve really been getting a workout on the descents.

The dogs may be begging and screaming when they see or smell rivers.  But I’ve been holding out for lakes.  And there have been plenty.  The rivers are all very fast-moving and I don’t want to take any chances.   Especially with the semi-blind boy who might get disoriented and end up who-knows-where.

On with the photos.  A couple of signs in Vernal, UT that I hadn’t noticed before despite having been here about three times now.  Very distracted by the dinosaurs I think.

I forgot to upload this photo yesterday from Palisade, CO.  This area is big on fruit orchards — especially peaches.  And since peaches are maybe my favorite fruit, I bought a bunch of them.  This type is called “red globes”:

I’ve eaten about four of them already — juicy & wonderful:

A couple great signs in Meeker, CO — and beautiful vitrolite on the drug store.  That swirly marble type.  I talked to the owner a bit and he seemed interested in fixing the broken pieces so I passed along Tim Dunn’s info.   He also hopes to get the neon on the sign working again.  Right now, only the “Drugs” part is lit. 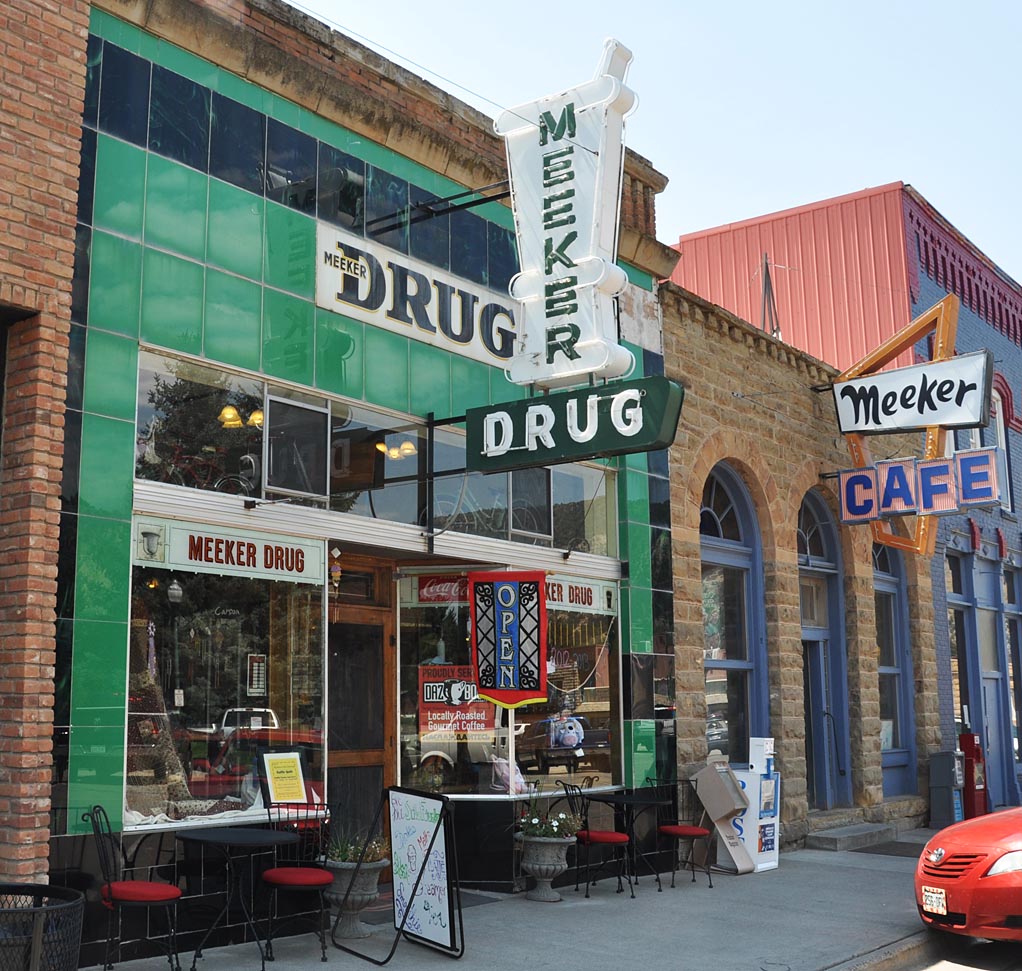 The interior is also wonderful:

Ooops, almost forgot to include this one from Vernal, UT.  Maybe my favorite sign there.  As I was shooting, the manager came out and gave me a postcard.  I took a photo of it for you.   It would probably come out better on a scanner — but the sign part of the image was very small anyway.  Still, I thought it was interesting to see that there was previously a cowboy and Welcome sign here.  The “uh oh” news is that there is a new motel about to go up next door — and the owner of this place may sell out.  Meaning, this sign might disappear soon. 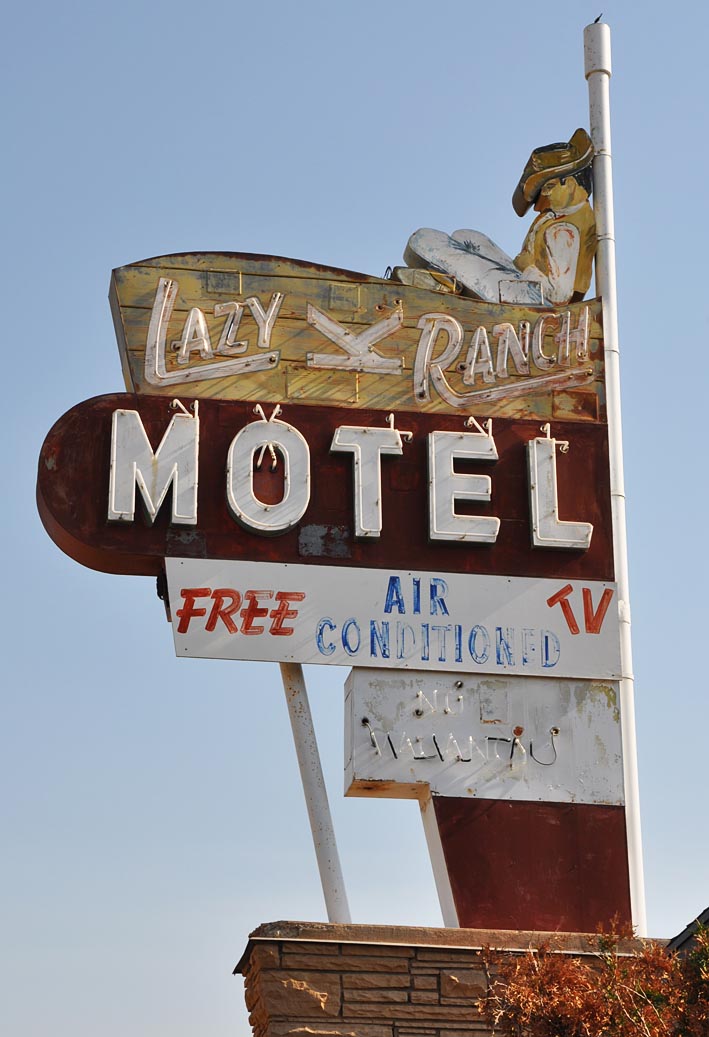 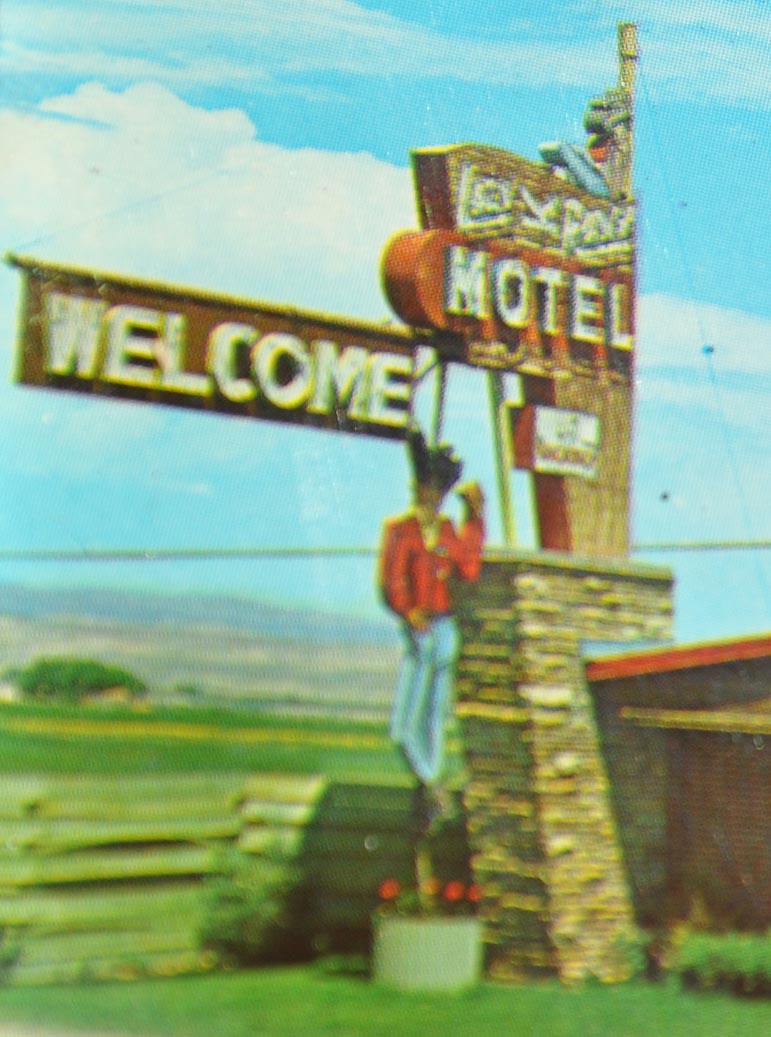 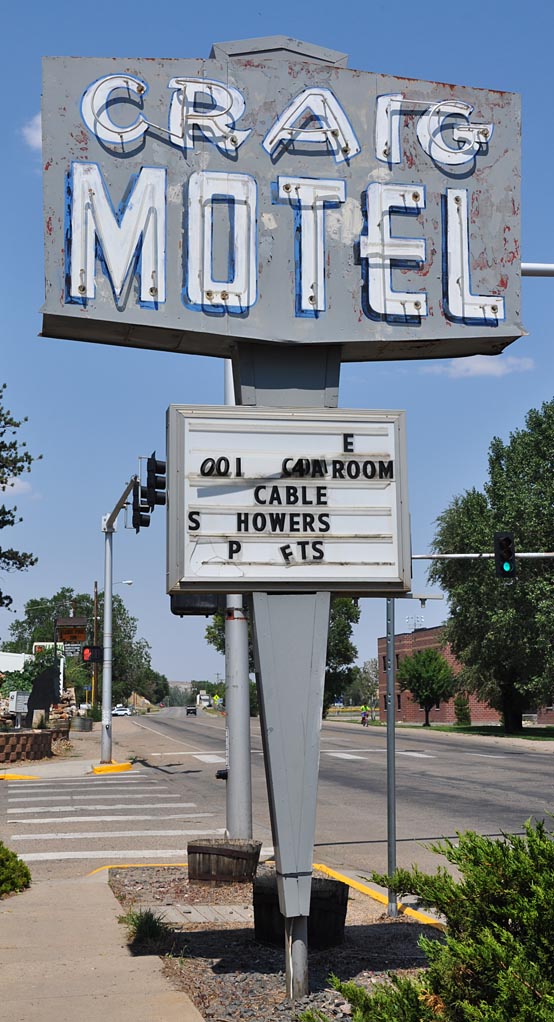 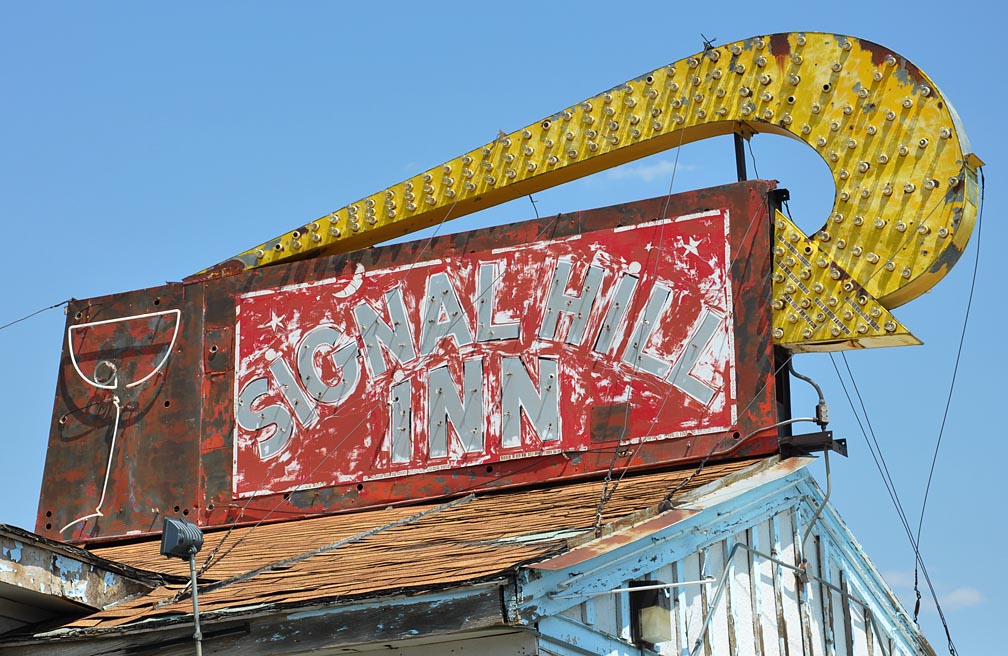 From Steamboat Springs — this building houses CenturyLink.  The tower houses some sort of satellite stuff.  Sort of like dish TV things but not.  It’s a very quirky building to be right downtown and sort of dominate the low-level skyline.  1960s or 1970s, I’d assume:

Last one for the night — from Kremmling: 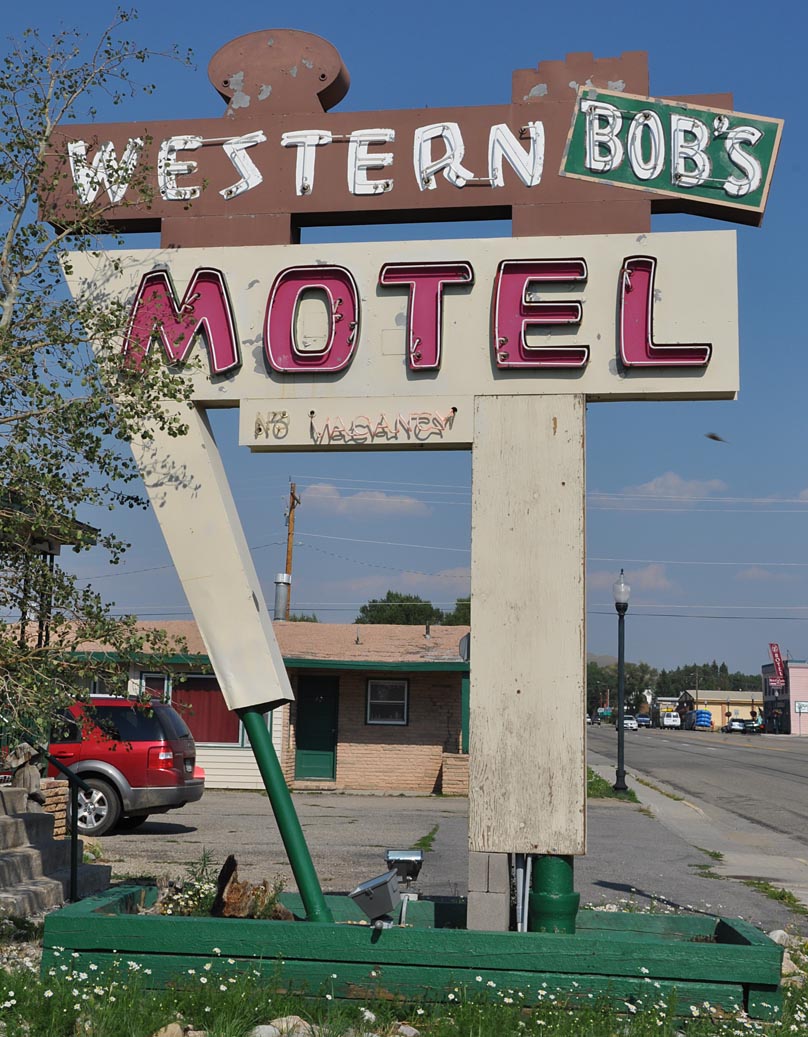 I’m not sure how much of tomorrow will be consumed by socializing.  I’m torn between taking a real break — and finishing Colorado.  I’ll check in with you tomorrow evening even if very briefly, photos or not.  And then I’ll probably do a double post on Friday night.