Today was all about remote eastern stops in Colorado.  A very low volume day.  And then the rain clouds moved in upon us in the afternoon.  All day long I could see the black clouds hovering over Denver.  Big green patch on my iPhone indicating thunderstorms in and around Denver.  So, no rush to get there!  To the west, beautiful white clouds — the benevolent, non-interfering with the sun type.  To the east — horrors — sci-fi movie scary.  The dark clouds chased us all day and ultimately triumphed.  Hopefully, it will be better tomorrow.  Tonight, those clouds have either exhausted themselves or moved on.  I know the crops and livestock here all need the rain so I won’t whine too much.

So, a very quick sampler for you tonight.

From Sterling where the day began.  Shooting into the sun so the background is wiped out.  I’m assuming mid-century but not positive: 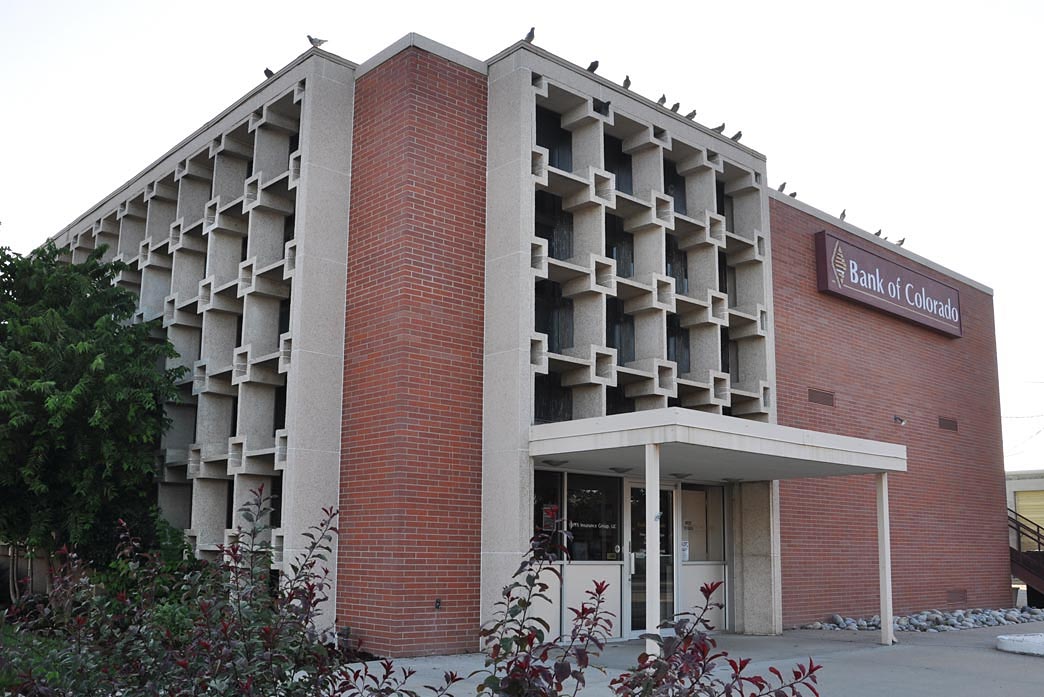 From Brush, CO — the Kozy Kort Motel.  I don’t know what the purpose of that top mesh covering was.  But evidently, it’s been there a long time.  This undated eBay postcard shows the sign when it was green and still had the TV panel:
http://i.ebayimg.com/t/Kozy-Kourt-Motel-Brush-CO-Postcard-1-3-/00/s/MTAyOVgxNjAw/$(KGrHqF,!ksE7!N-quvbBO8VWQcVY!~~60_57.JPG

From Fort Morgan.  Apparently, one pole sign was not enough.  The other one there to the right has a more modern AAA-approved sign.  I can’t imagine that the second sign was built for that.  Must’ve been some other “announcement”?  Like “pool” or “color TV” or something?

And then.  Here they come.  In Simla, while shooting the mid-century elementary school.  Sinister, no?  (the clouds — not the buildings!)

So.  We are parked for the night here in Brighton — with big plans for the Denver area for the next two or three days.  The forecast for tomorrow looks good — fingers & toes crossed.