It’s only 10pm — the night is young!  An extra large Starbucks coffee in hand — far stronger I think than gas station coffee and a thousand times better.  Good thing — because I’m attempting to do TWO blogs and TWO batches for Flickr tonight (yes, if you joined the party late or you have forgotten — the photos that I post to the blog each night on the road are just the “junky” photos & subjects.   Here’s the Flickr link for the prettier ones, posted also each night — and only while I’m on the road (my silly rule):
http://www.flickr.com/photos/agilitynut/

I thought I really didn’t shoot much yesterday.  But I think I was just depressed that the “real” trip (NM & AZ) had come to an end and I had to stop shooting around noon and start the long journey towards home.   And then the interstate nearly killed me.  No amount of coffee could get me to Colorado.  I pulled into a McDonald’s and passed out for about 6 hours.  Then up again for another day.  Sheesh.

So, for those of you that were bummed about not getting photos last night (a bit spoiled, aren’t you?), here goes.

From Ash Fork — no way to shoot this one without shooting into the sun — major tree challenge on the other side:

A wondrous sign in Seligman — marred by the Betty Boop crap on the bottom.  If I lived nearby, I think I’d have to sneak over there in the middle of the night with some blue paint:

Also in Seligman, from the ultra famous Route 66 landmark, Delgadillo’s Snow Cap Drive-in.  I think this bellhop’s arm has been broken since forever.  I can’t find any photos of it when it was still intact:

One more from the Snow Cap: 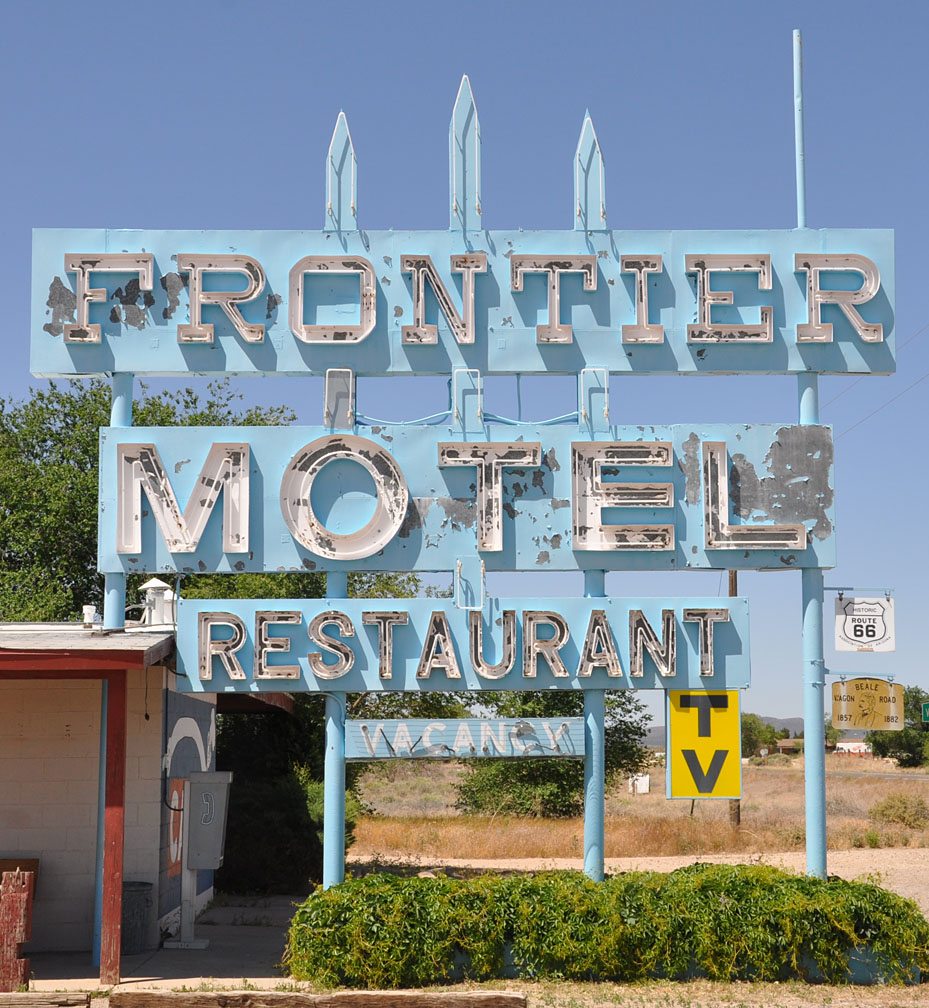 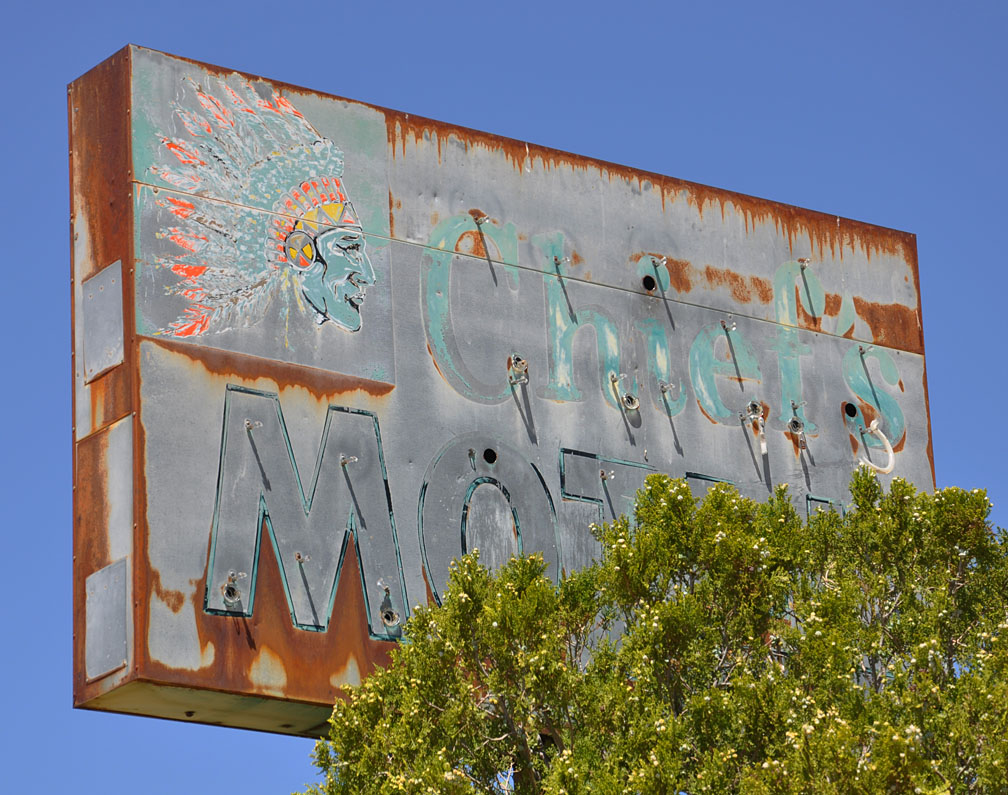 The remainder of the photos below are from Kingman.  This one is at the Time Out Tavern and I suspect that it’s relatively new.  It looks like all those metal bits would interfere with the night-time presentation — but maybe I’m wrong: 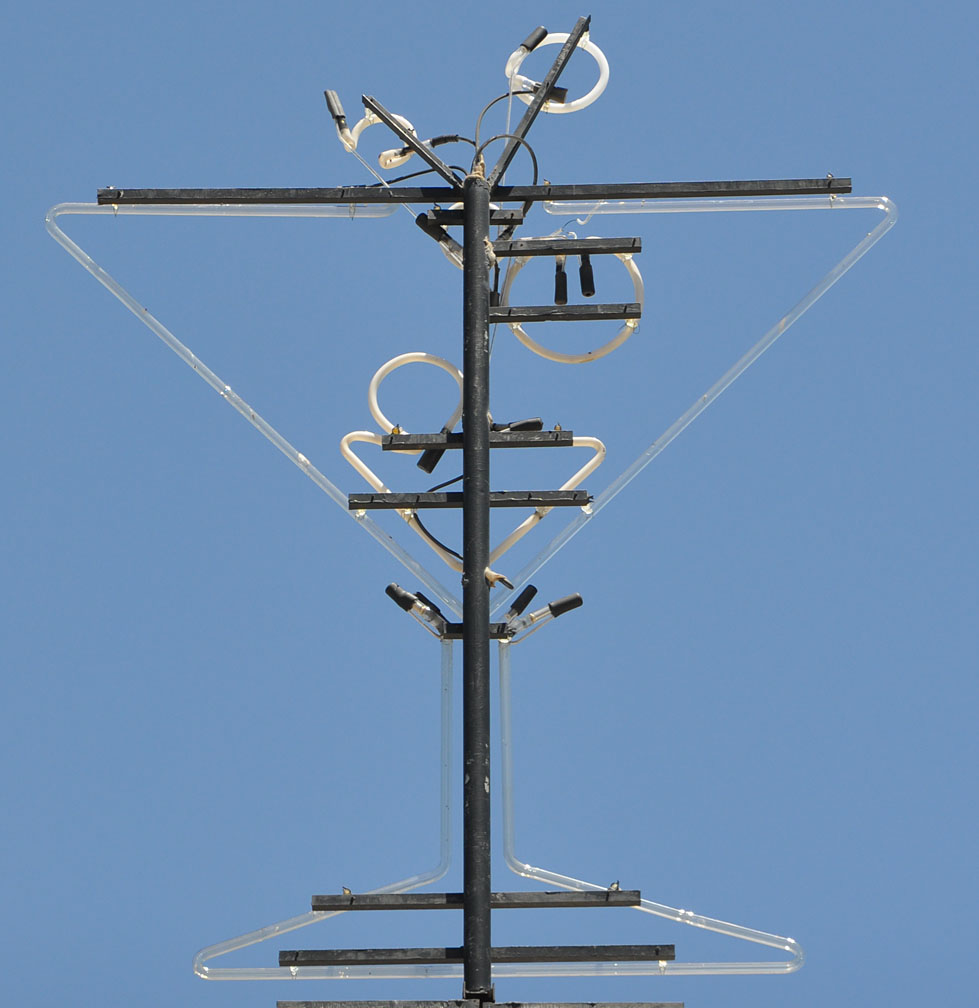 Next to a former Denny’s (the now closed “Silver Spoon”) — I’ve poked around everywhere and can’t find the name of this place:

This one was originally the King’s Arms Restaurant.  It’s been the ABC Buffet for a long time:
http://www.flickr.com/photos/vintageroadtrip/6313662952/

The Route 66 Motel sign looking a little shabby.  I fear that corrugated plastic (what I call “corduroy plastic”) will be replaced with plain plastic panels soon.  Do they even still make the corrugated stuff? 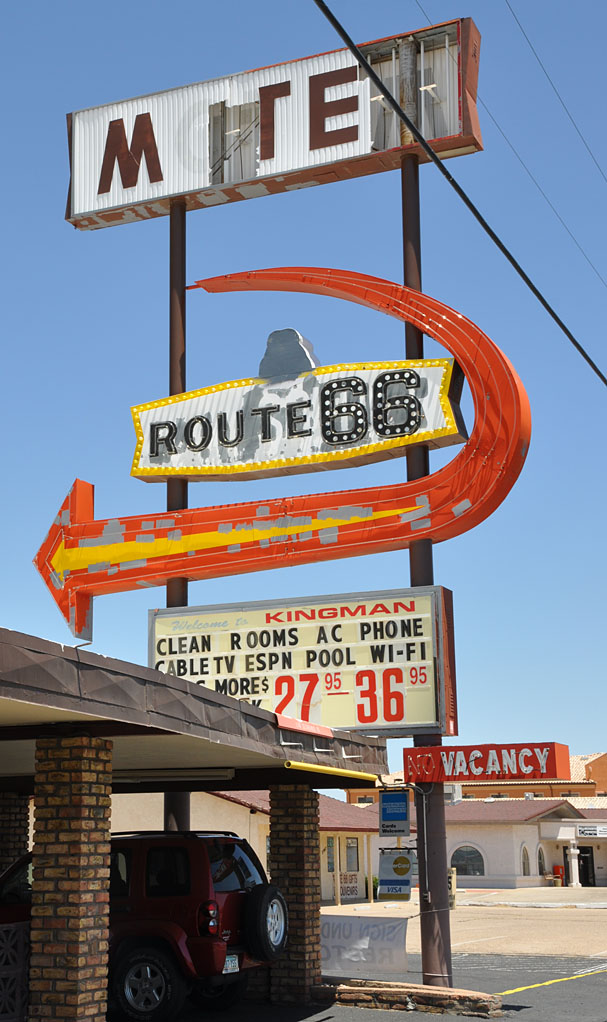 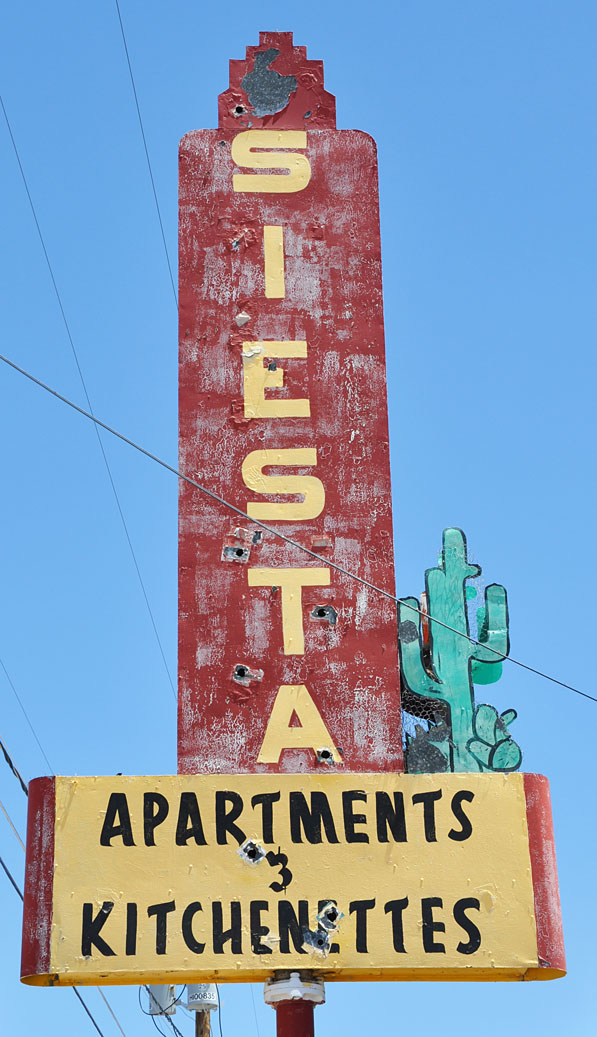 OK — I’m off to work on today’s batch now.  Give me a couple hours.