It’s always something.  Another frustrating mechanical day.  It started out great — perfect weather and all kinds of ambitious plans to wrap up the rest of southern AZ.  I hit the 3,000 mile mark and spotted a Jiffy Lube.  I’m very on-the-ball with oil changes and all.   I opened the brake fluid lid ever so gently — something that I have done myself since The Accident — realizing that it needs to be treated delicately.  Although it was full the past couple times I checked, this time, the front half was empty.  Uh oh.  The oil change guy pointed me in the direction of a gas station so I could go get some brake fluid.  Got some and started pouring it in.  It was leaking out the bottom just as fast as I was adding it in.

The oil change guys called their mechanic buddy and I eventually got towed to his shop.  Sure enough, the epoxy on the reservoir had deteriorated.  I don’t blame the mechanics back in Silver City where a part was not to be found, anywhere, and who sincerely believed the epoxy would hold.  And it did — for about 5,000 miles or so.  After talking with these mechanics, it seems I should’ve made a more concerted effort later to find that part and have it replaced.  The risk of losing the fluid and getting into an accident from brake failure was very high.  So, I counted my blessings that nothing happened in those twisty turny mountains yesterday — or in the middle of the nowhere desert (which is about 85% of all Arizona it seems).

While they were replacing the reservoir (no problem finding the part in Tucson) and master cylinder, I had them check out the A/C.   This mechanic believed it was the vacuum valve something and replaced it.  He was sure of it.  So, another $780.  Their credit card machine was not working — so I had to go get another cash advance at the bank.  Argh!  But I’m much relieved to have the brake thingie replaced & resolved.  And the air is running really nicely.  I sure hope it lasts since I have the big summer trip coming up and just can’t bear to waste more time and money on the A/C.

Enough about all that.  Instead of being too pissed off and depressed about wasting more than half the day in the shop again, I was just grateful to be alive.  The dogs and I even caught an hour-long nap on the waiting room sofa.  Since I only got to a few small towns, I only took a couple dozen photos and don’t have much to share with you tonight.  But tomorrow’s another day!

Cool windows on what appears to be a mid-century bank in Tucson not far from the garage: 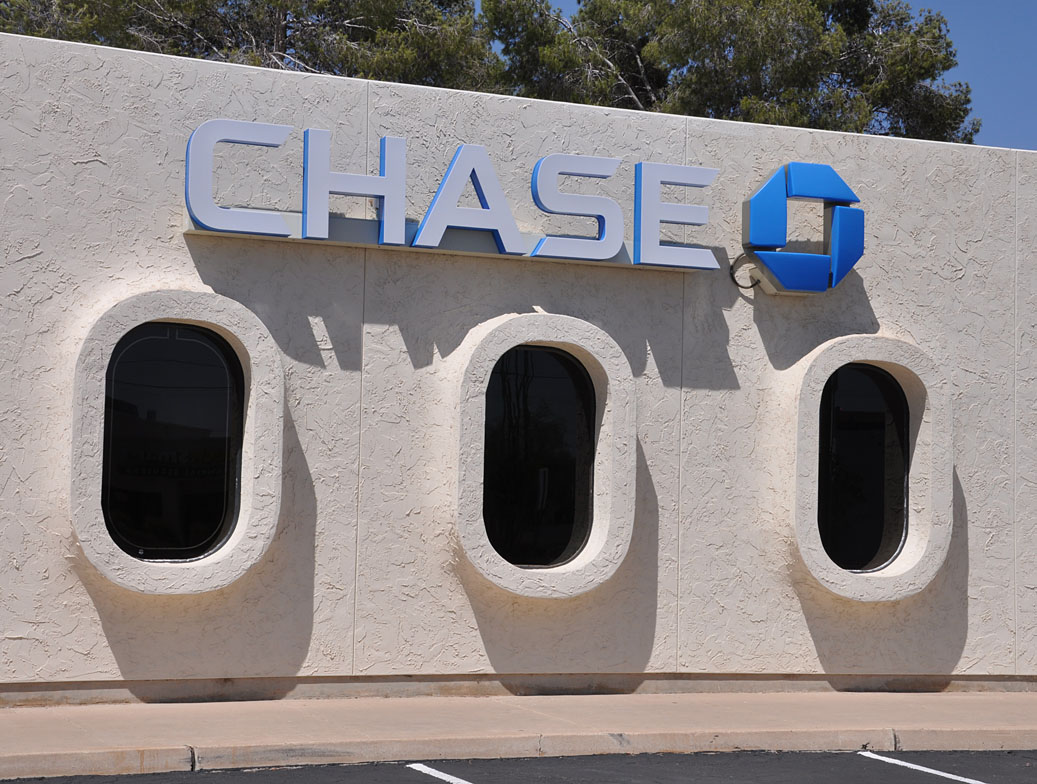 Down to Nogales to shoot a few things.

Nogales is a border town (with Mexico) and there are all kinds of Border Patrol cops and regular cops everywhere.  This bank is the neatest thing.  A mix of midcentury with sort of a streamline moderne feel.  I took several photos but am just including a couple.  I had a security cop from the bank all over me — insisting I could only stand in the street to take photos.  I said that the sidewalk was public property but he said no — and it was too hot and I was just in a hurry to get moving so I didn’t argue.  Dealing with cops and cop-wanna-bes was just not the way I wanted to end my day. 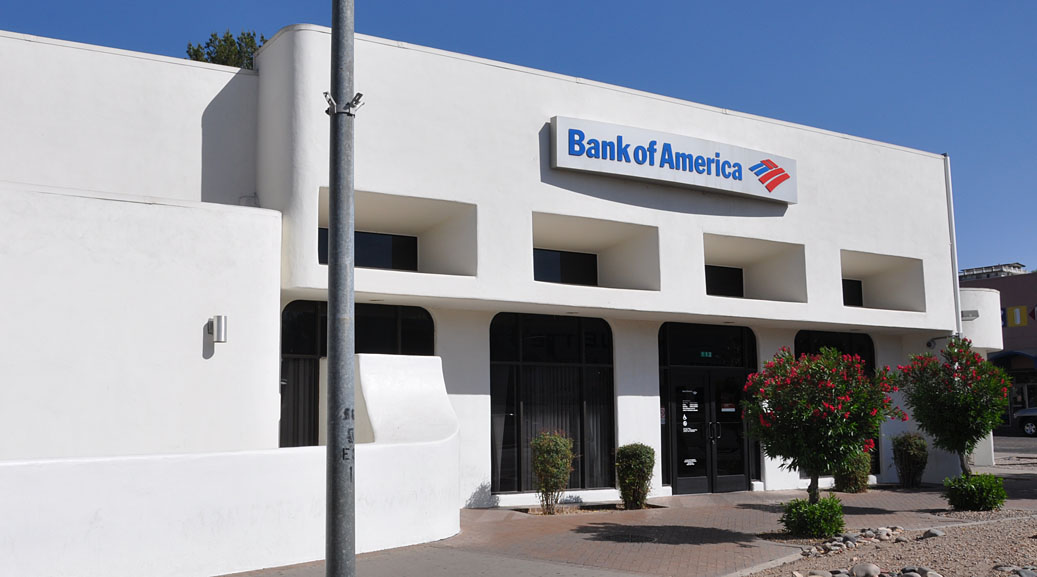 On to Benson.  I’m pretty sure this is a modern sign — patina-ized to look old.  Still funky and fun:

On to Tombstone.  The hat piece is most likely new — but the top part looks like probably old “can” reworked / relettered:

So that’s it I’m afraid on tonight’s visuals.  Stayed the night here in Bisbee (no, not the Shady Dell) where it’s mountain-like cool.  I’m invigorated and ready to get moving in a serious way.  I’m thinking I should be able to wrap up Arizona in about two days — just the southeast and the northwest to go.  Which puts me slightly ahead of schedule and might leave a little time before the American Sign Museum “thing” in Cincinnati for dabbling in either Colorado or possibly some Kansas City stuff.  I have some short lists with me in case I ran ahead of schedule — something that’s never happened before.