I banged through lots of long-distance driving,remote locations, even got thru the border city on the western edge of MN — Grand Forks.  Just as I was about to hit the interstate for Fargo at about 6pm, the fuse blew.  No big deal, right?  Changed it and then drove about 10 blocks til the fuse blew again.  Immediately again and again — Sparkle just plain would not start.  So I let her sit about a half hour & tried again.  Blew immediately.  So that’s that.  We’re stranded in Grand Forks for the night.  But at least I got a full day’s shooting in.  And of all the remote, nowhere towns or vast spaces between towns, this was excellent timing.  The Chevy dealer opens at 7am and I’ll be waiting.  I’ve got a long list of symptoms — related or unrelated to this fuse thing.  And hopefully, we can get rolling again at some point tomorrow.

Otherwise, all good — weather fantastic, cool with pretty non-interfering clouds.  No doggie problems.  As I waited for the tow truck (90 mins), I took them for a good walk.  I noticed I have new critters to watch for:  lots of prairie dog holes.  I had forgotten about them.  I could lose Grem & Nik for hours or weeks if they take off after those things.

I’m sparing you lots of fiberglass statue photos tonight at Flickr and here.  Personally, I love them and I need every last one of them for my website.  Sometimes there’s an hour or more drive between them.  But I know most of you are here for signs and buildings.

From International Falls.   This place and the TeePee Motel (night-time photo at Flickr last night) are both for sale.  The chains are starting to move into this area so I think it’s just a matter of time before these signs are gone.

Moving on to Northome.  These pay phones must be very rare now.  I can’t remember seeing one before.  Yes, the dial tone worked when I picked up the phone:

Another King Koin sign (one previously posted to this blog a few days ago).  This one from Blackduck:

Just one of a dozen or two doggie breaks.  Something wonderful in the grass — I don’t know what.  But Nik is always just a waiting for the ballies to be thrown:

From East Grand Forks (the Minnesota side).  No other way to shoot this because of the tree:

I love the Hugo’s Market mascot.  Such a delirious shopper!  I saw a plastic sign today with this guy and didn’t shoot it.  Been regretting it ever since.  I did at least get this side of a truck shot in Grand Forks:

The rest of the photos from Grand Forks.  Wish I’d had wheels to see if any of the nice neon signs were lit at night.  But it was also Sunday night so that would rule out all or most of them.  Maybe if I’m still stranded here tomorrow night I’ll see what I can find.

Simonson gas stations — new to me — also have a goofy mascot.  This is the only sign I’ve seen of theirs so far that wasn’t modern.  Most likely this one was adapted from another station — and the Simonson parts were all porcelain & neon like the “gas for less” arrow: 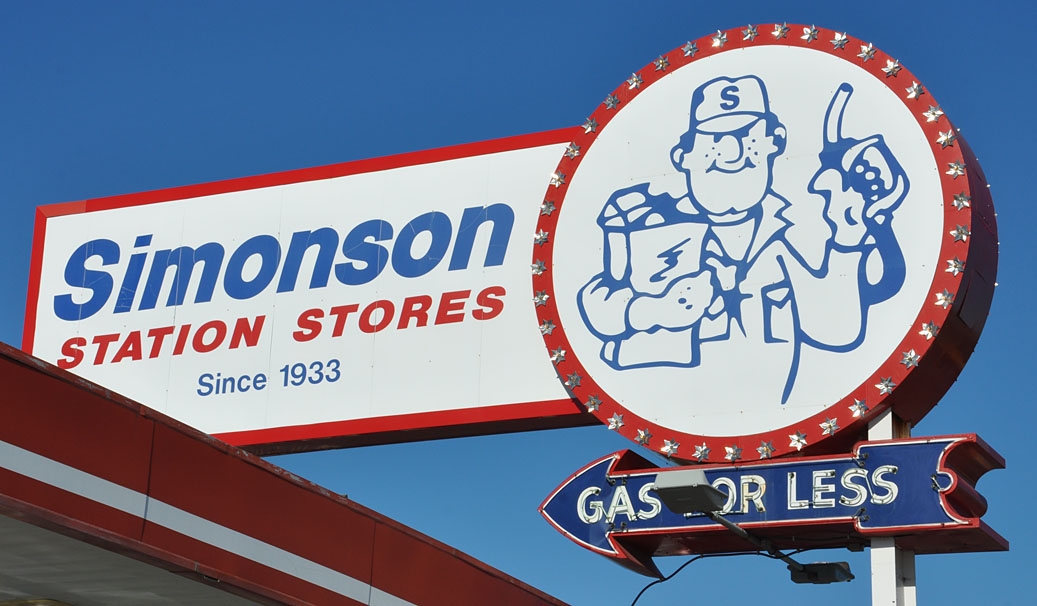 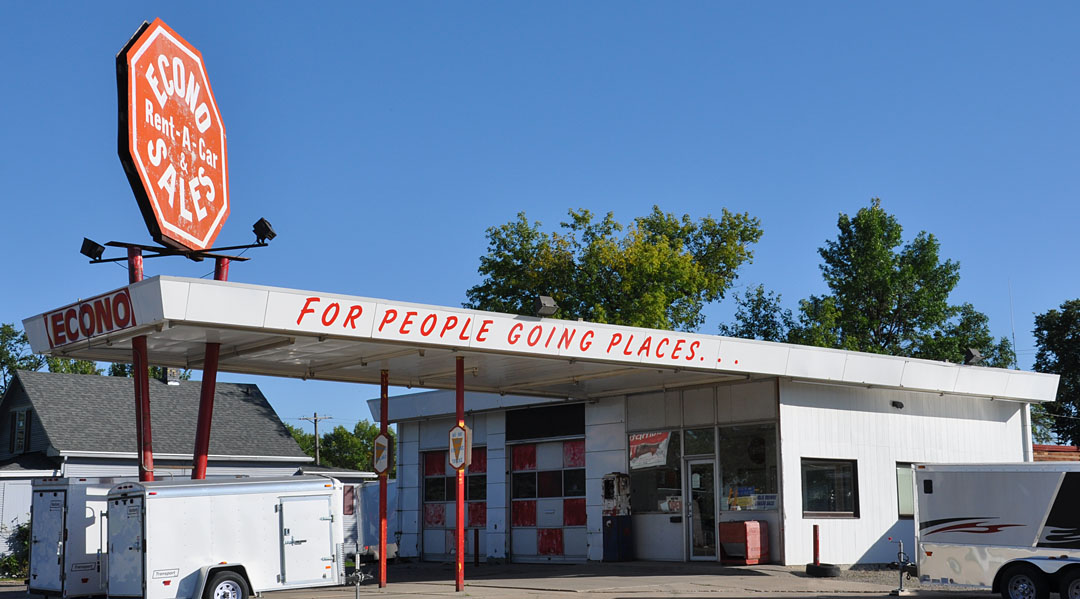 Love the bulbs used as the horseshoe nails: 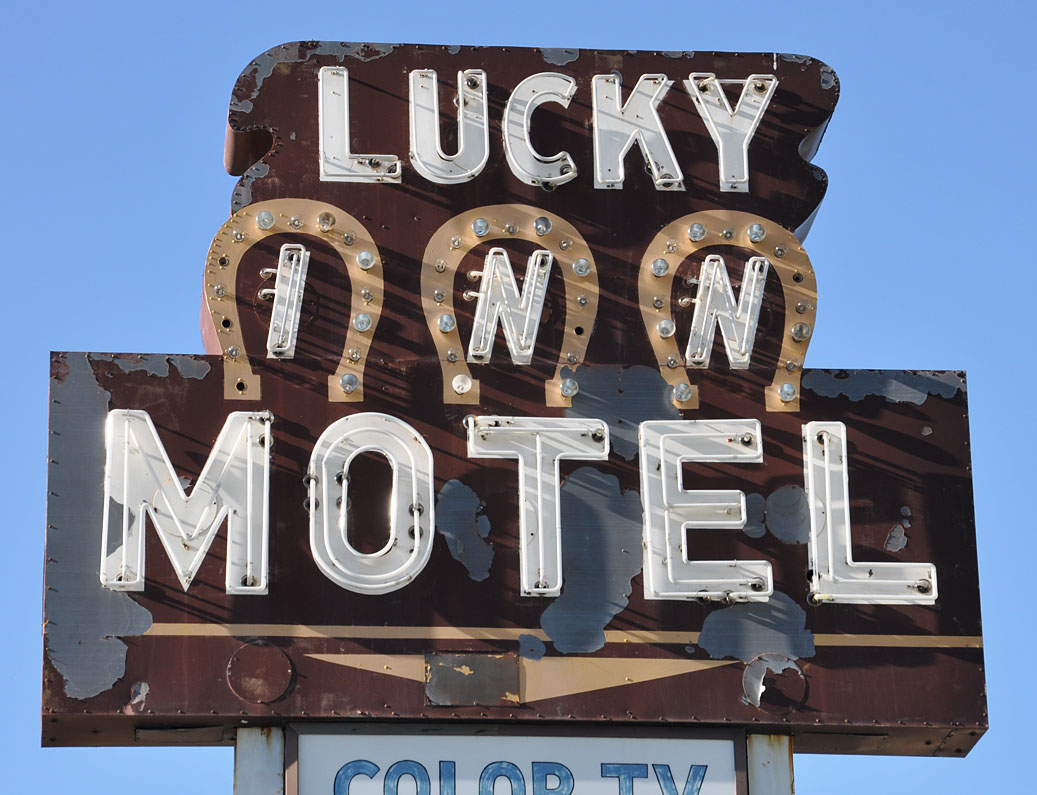 And last one for the night — surely this monster sign had neon originally.  What mostly intrigued me was the monthly “Sleeping Rooms”.  Meaning, what, you rent by the month and can only use the room for sleeping?

So, hopefully tomorrow, we’ll get rolling and I’ll be able to get some photos.  This trip has really been an emotional roller coaster.  Lots of great photos & places & natural beauty — but oh so much stress at the same time.