And a GLORIOUS day of sun it was — from start to finish.  I really didn’t mind retracing my path from yesterday all over Tulsa and shooting every single thing again since everything looked so much better.  Now come on, those of you that say things look just as nice, just different, in the grey.  “Moody” and all that.  You gotta admit — huge difference, way better!  Since it’s late and I’m exhausted, let’s just move on to the sign-fest from today: 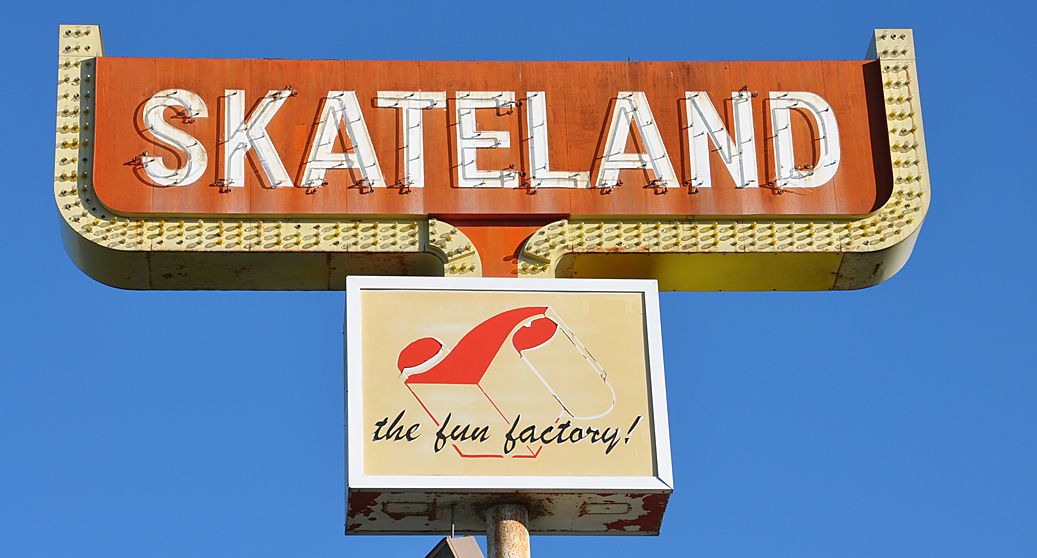 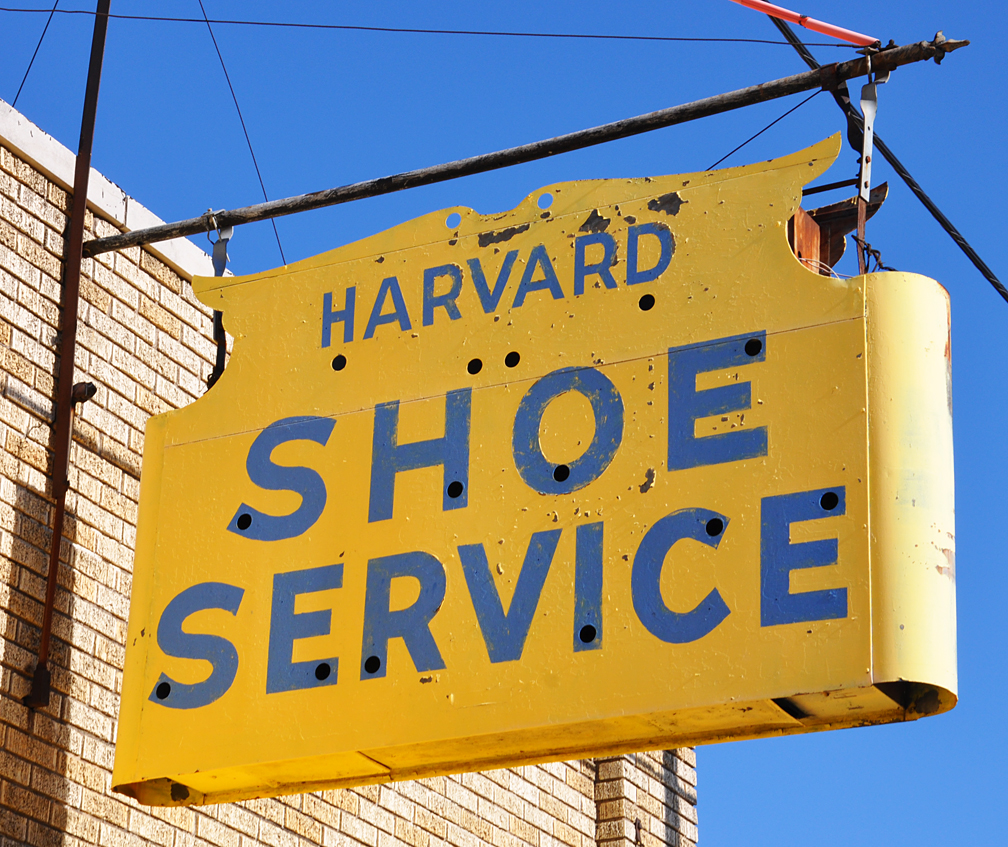 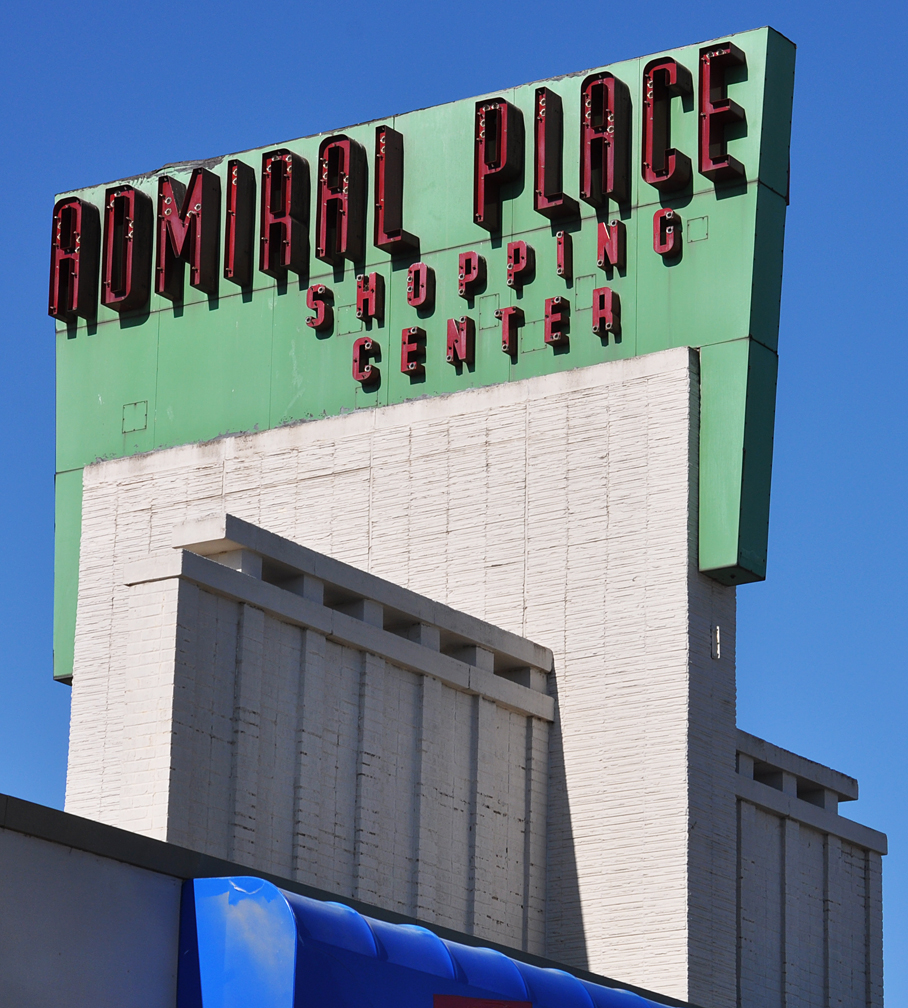 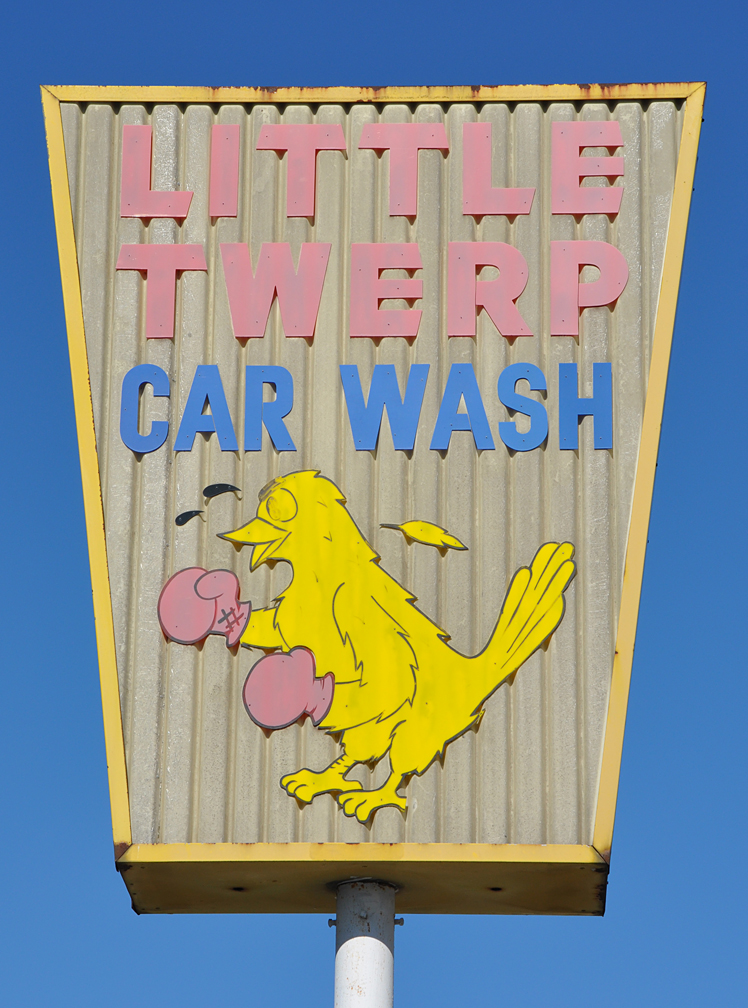 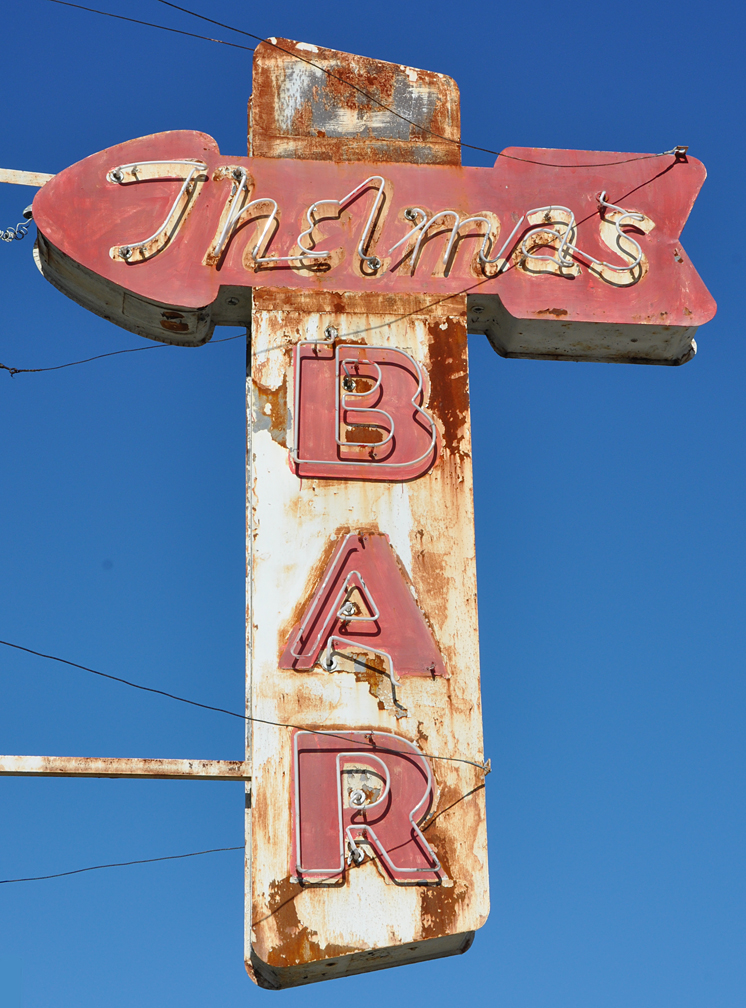 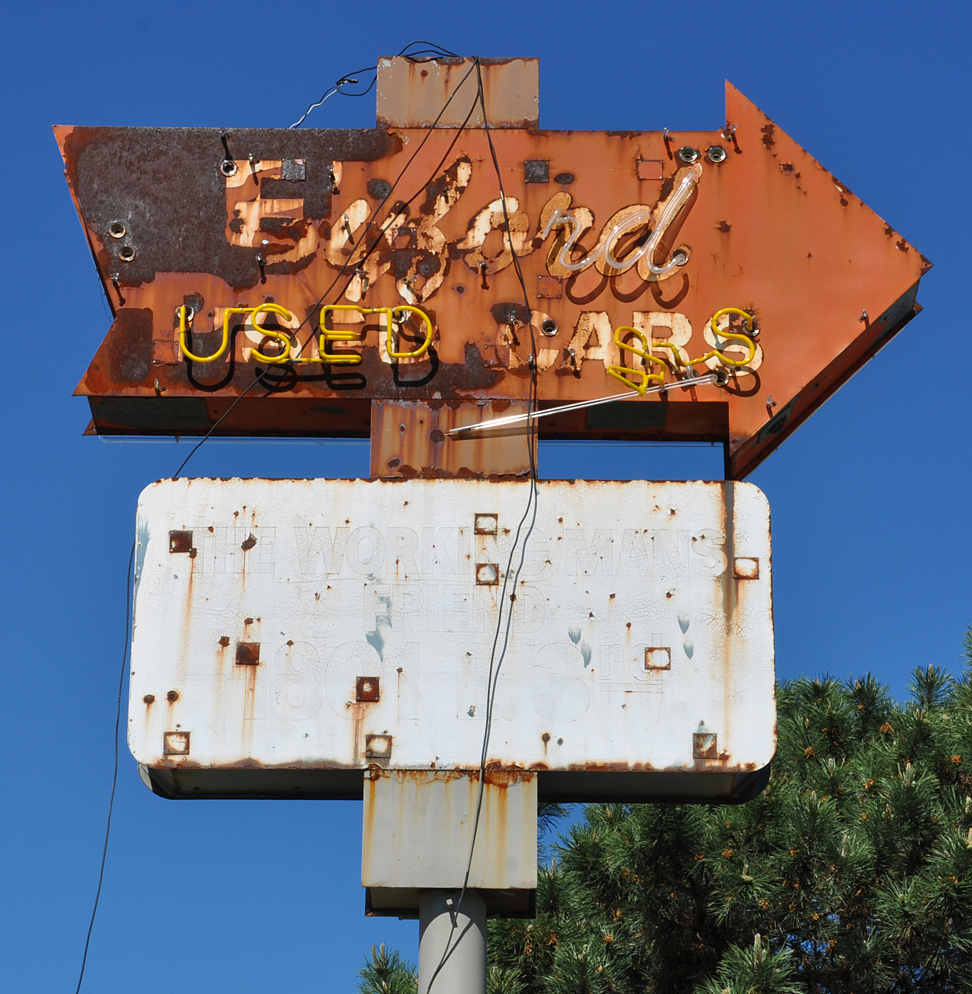 Pause for information.  When I was here at this Daylight Donuts in 2006, I chatted with the owner about this sign.  I was told that the landlord was going to tear it down and build a new sign for this and the other stores on the property.  Only a matter of months.  I made a panic-ed call to Tod at the American Sign Museum.  He couldn’t take it at the time.  I’ve been relieved to see other people’s Flickr photos of it many times since then.  I asked about it today and was told it’s protected now by the historical society in town.  The owner wants to restore it but it’s $20,000.  She’s thinking about doing a fundraiser — I urged her to contact me for help and suggestions about that.  I worry that this one’s just going to collapse from rust one day like so many others do.  There used to be a third pole with a star on top — but the city cut it off for power lines:

A modern but cool sign downtown — never seen a neon baked potato before:

I went to the Stokely Event Center where the owner has a big sign collection.  I put a couple other photos up at Flickr tonight — but I’ve got about a couple dozen other photos that will have to wait until I get home & add everything to the website: 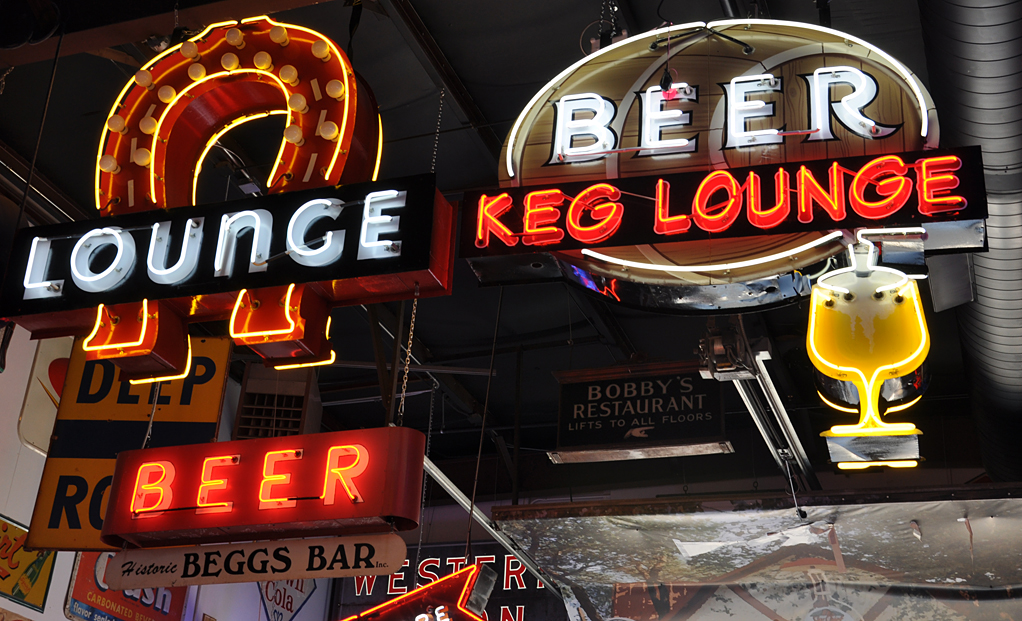 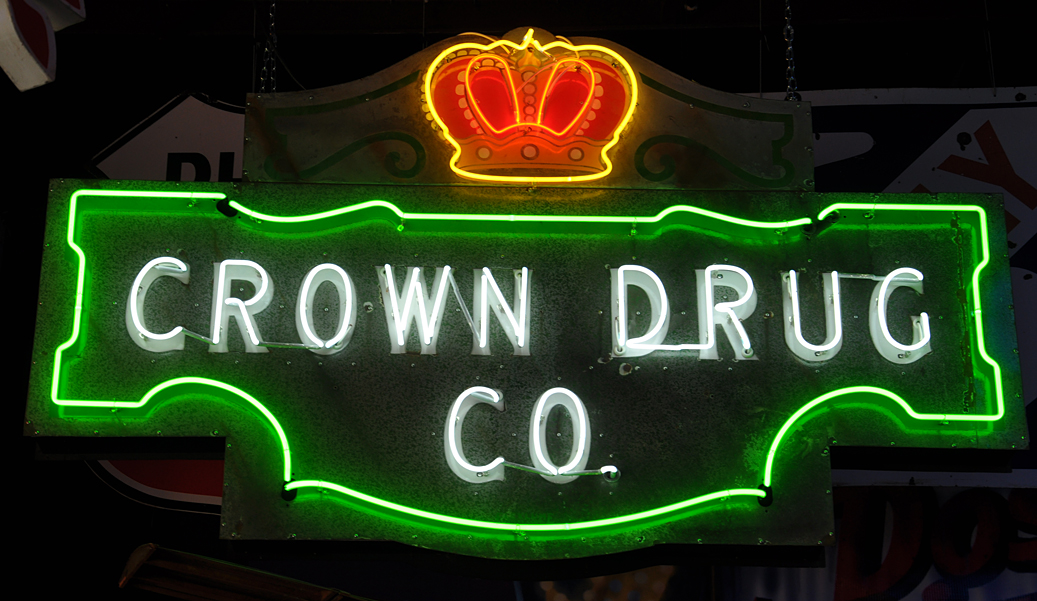 While most of the signs are vintage, this one from the Metro Diner isn’t.  It was a very popular place on Route 66 and I’m sure a lot of people wondered what happened with this sign when the place closed:

The dogs and I finished up Tulsa and moved on a bit.  These two signs are from Pryor, OK.  I’m assuming this one was an office supply place before switching over to computers:

And this one probably had a vintage clock and a different name before a makeover: 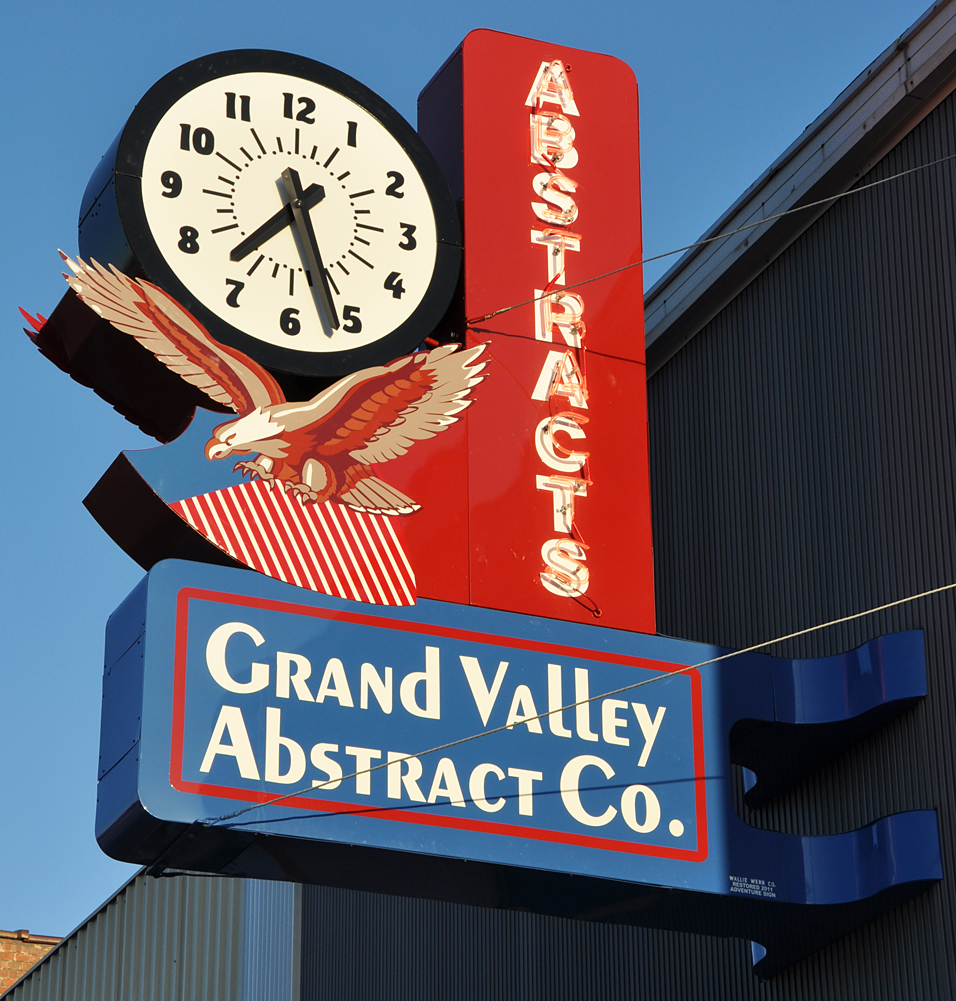 I feel like I really got to know Tulsa pretty well on this trip after being somewhat stranded there by the weather for three days.  When I was here five years ago, the downtown was bustling and driving and parking was a nightmare.  This time, downtown seemed almost abandoned.  Lots of new developing going on and businesses open but just hardly any car or pedestrian traffic.  I found great places for the dogs to run:  the Arkansas River (multiple spots), the Joe Station Dog Park in West Tulsa, the huge parkish field near the Fire Alarm Building, and the bike trail near Electricity sign.  I spent a lot of time in the Starbucks parking lot on South Peoria for the wi-fi signal.  I almost feel like I lived there for a while!  I’ll miss Tulsa, and Oklahoma, and Texas.  But I couldn’t handle the summers here I’m sure.

Moving northeastward now — finishing up OK and starting the interstate haul towards home.  I’m going to try to make some stops along the way to grab some photos and then post ’em when I arrive home.  I hope to check in with you next from Missouri someplace.