Not nearly so hot today.  Maybe high in the low 80s?  A couple rough hours but I think if this keeps up, we’ll tough it out and not lose a day over the AC problem.  Not super blue skies but rather muted with clouds.  Good enough!

Found lots of streams for the dogs.  In fact, I think Grem alerts at every bridge now thinking we’ll be pulling over.  And a new problem with Nik and ducks.  He will not give up on them and spent nearly 20 minutes today chasing a Muscovy duck.  The duck really didn’t mind — but I did!  No matter how much I shouted, Nik was oblivious and just kept chasing him.  Finally, he was exhausted enough to come ashore.  And his brand new spiffy toy was gone (way downstream).   I’ll be on the lookout for ducks & geese and avoid those spots as this is really a huge time-waster.

No food photos today.  And overdue on dog photos (I’ll see what I can do tomorrow).  I’d hoped to dip into the Dallas area stuff today but running behind — despite some ruthless decision-making and skipping quite a number of stops.

A fun little building and sign.  Maybe a chain?  The pizza chef character isn’t as sophisticated as many are — but still awfully cute:

Still in Killeen.  This one’s a stumper.  The arch is very Burger Chef (see last night’s post) but the building otherwise is all wrong.  Now vacant, apparently last use was as the “Widow’s Son Barefoot Diner”:

Shooting lots and lots of theatres on this trip.  Many in nice shape — but also many in sad shape.  This one is in Marlin:

Some good stuff in Corsicana.  Slipcovers — you either love them or you hate them.  I’m a fan — usually.  I think this one is saved from dreariness by the nice orange sign: 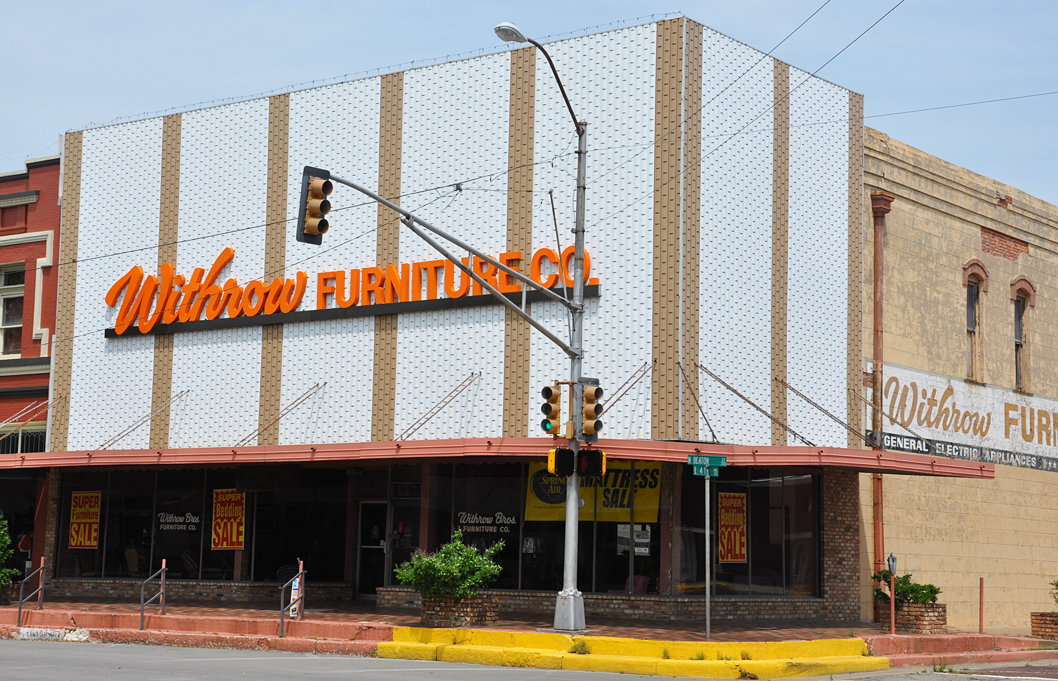 and, of course, they had a pin sign.  Could it have been orange originally? (see peeling paint): 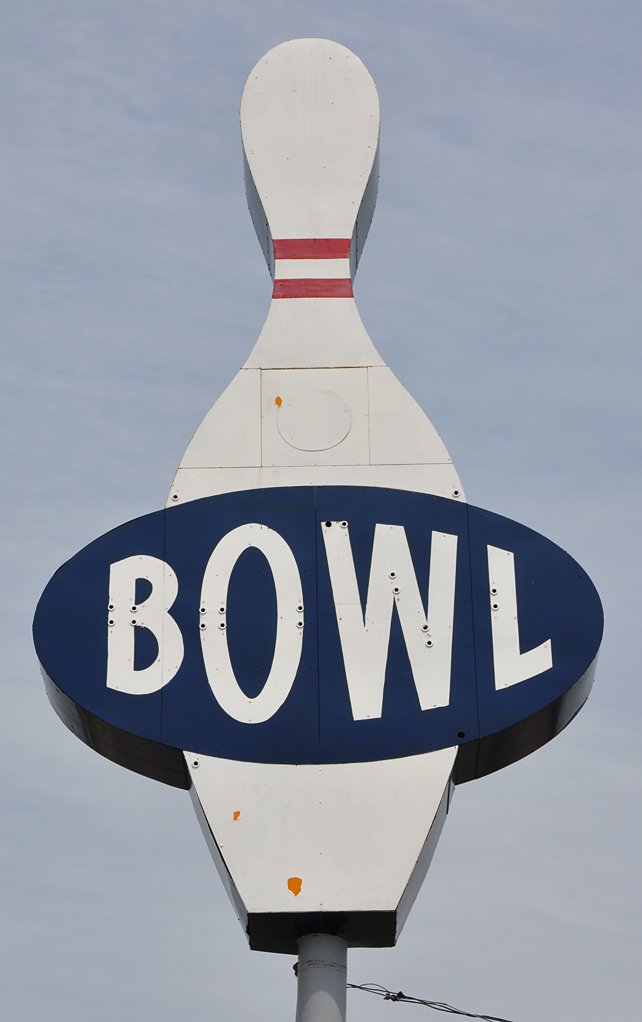 Getting back to the Genie Car Wash discussion of a couple nights ago — I should mention that there are also a number of plastic versions around.  So, yeah, I’m glad the H2O people didn’t replace the neon signs in Austin with these:

Waco has tons of great stuff.  Here’s a sampling of some signs: 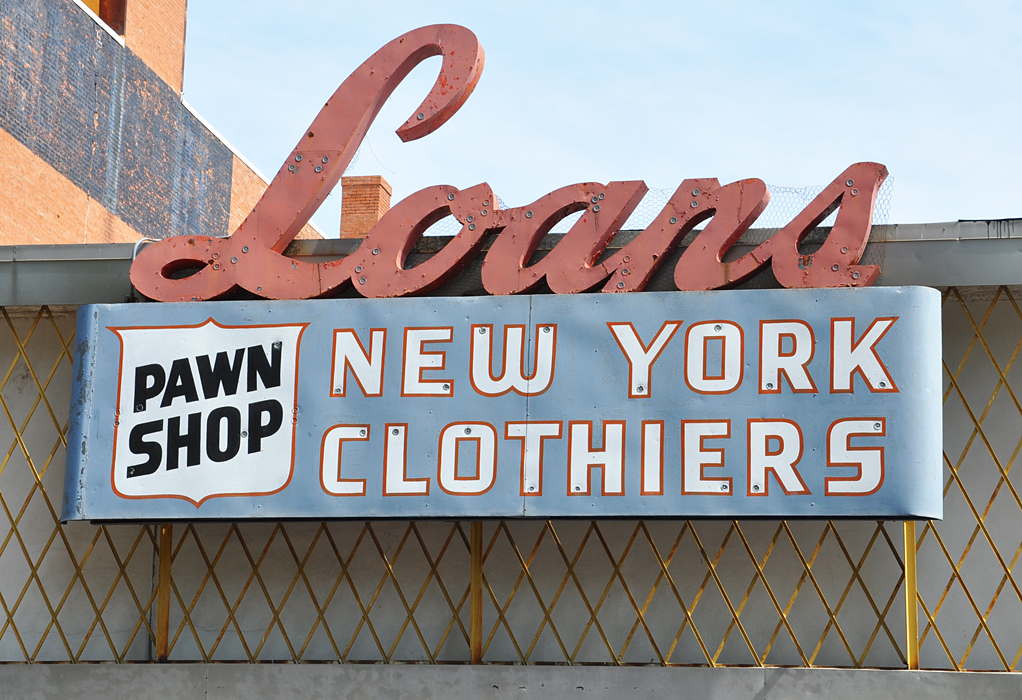 I don’t know what this Art Deco looking building was built as — possibly a church?  Maybe just retail?

I’d love to know what this building was used for originally.  The tower is sort of theatre-ish.  But maybe it was just a substantial restaurant:

And last one for the night, also Waco.  This is still a liquor store.  But you’ll have to use your imagination for the original paint job and text.  Maybe even a point missing above “Liquors”?

Another sunny forecast for tomorrow.  I’m gonna get to bed early tonight as I think tomorrow (and the next few days) are going to be very hectic with traffic and gazillions of stops.