The first third of the day was spent doing more driving than shooting.  Headed west of San Antonio and worked northward, then east into Austin.  Some things that I could not live without shooting so it was worth the time spent getting there.  It was a mix of sun & clouds but mostly just sunny and HOT.  Easily in the 90s.  I was always on the lookout for water sources so the dogs could cool off.  Nik chased some geese in the Medina River in Bandera for about 20 minutes at top speed though he never stood a chance of catching them.  Then later in Junction, Nik and Grem thought they might do better with ducks.  But the ducks always stayed at least five feet in front of them and never seemed concerned.  Grem had given up here and was heading back to shore.   Grip & Fix, the two seniors, never venture that far out. 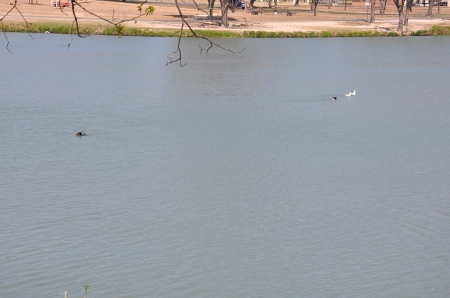 At the end of the day, more swimming at a most awesome spot in Austin — the Red Bud Island Dog Park — which is more like a huge area surrounded by water rather than fencing.  Big enough that no other dogs bothered my dogs at all.  Tons of shade & completely foresty setting – just perfect!  May have to go back tomorrow morning.
http://www.doggoes.com/parks/texas/austin/red-bud-isle-off-leash-dog-area

En route to other things, I checked out Stone Henge II which was moved recently from Hunt to Ingram.  In fact, they’re still working on getting it fully assembled:
http://www.statesman.com/life/travel/a-texas-stonehenge-will-move-from-hunt-to-848808.html 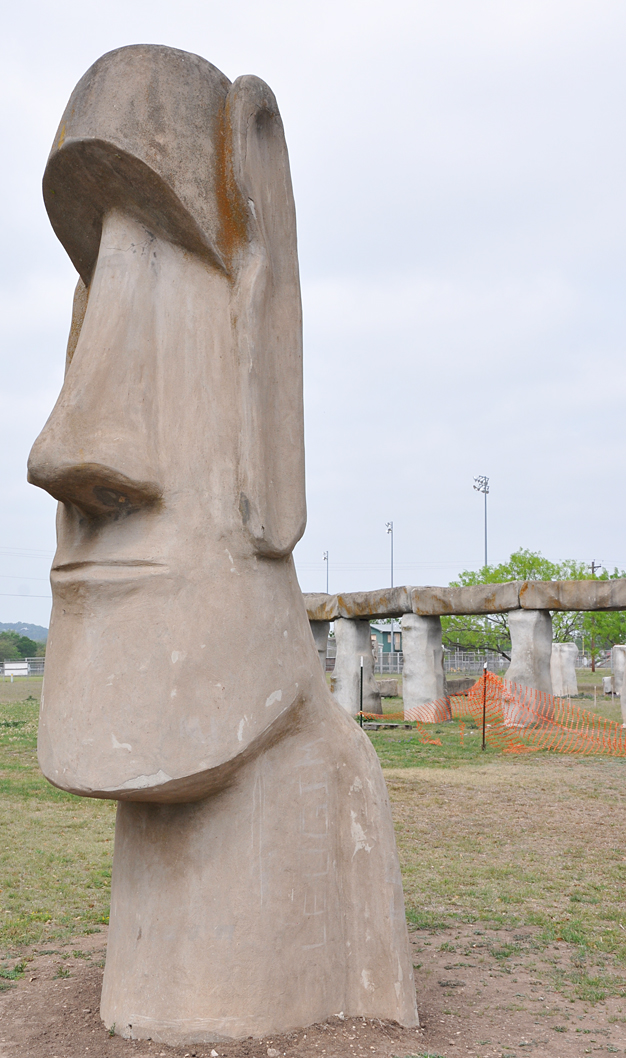 A few stops in Fredericksburg — and this was another diversion.  I had thought this hotel was an adapted hangar at the airport.  But it turns out, it was just built to look like one:
http://www.hangarhotel.com/

On to the Austin stuff.  I believe this neon sign is new — as so many are in town.  This is at the Nutty Brown Cafe: 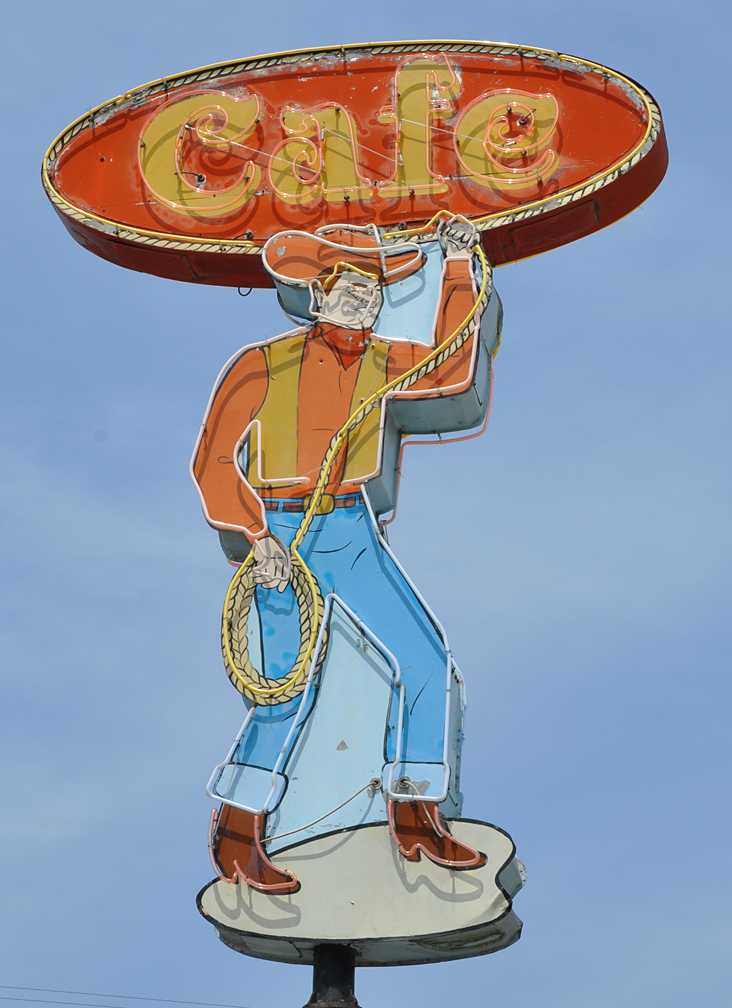 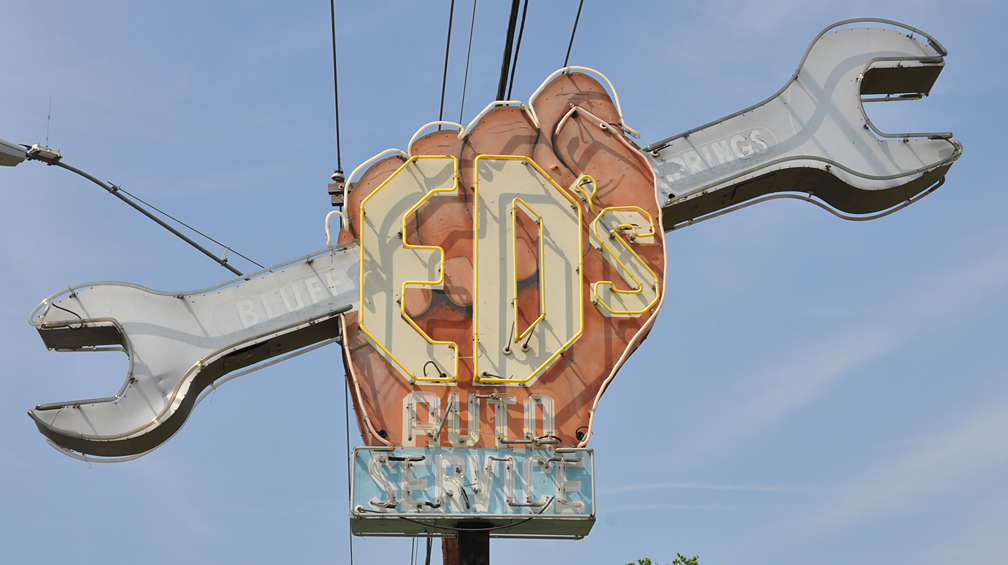 An oldie.  With its neon removed but the colors are still as bright as ever: 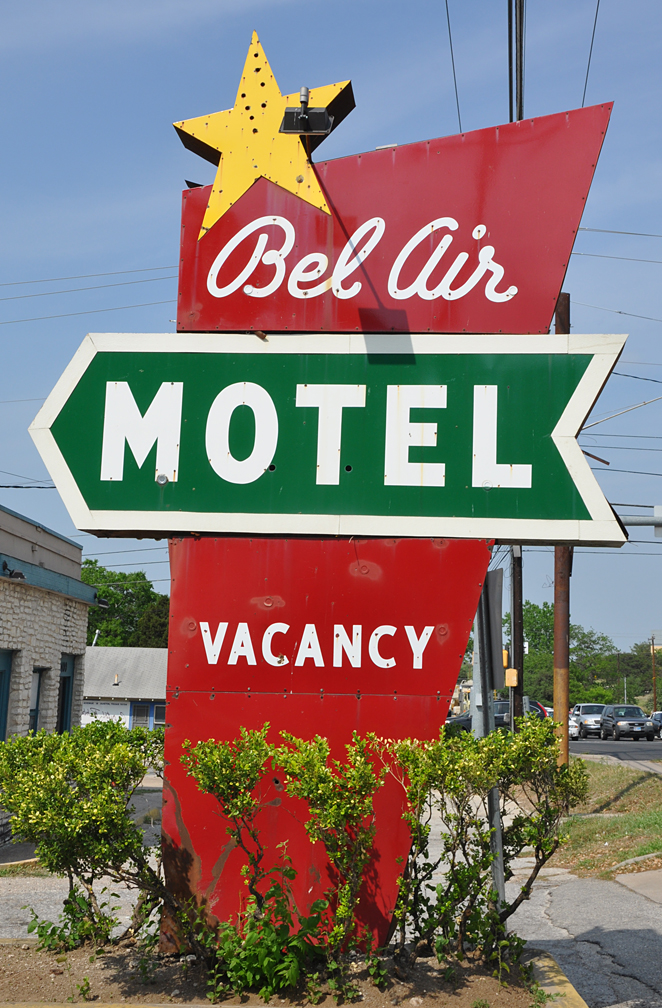 A brand new one at Home Slice Pizza: 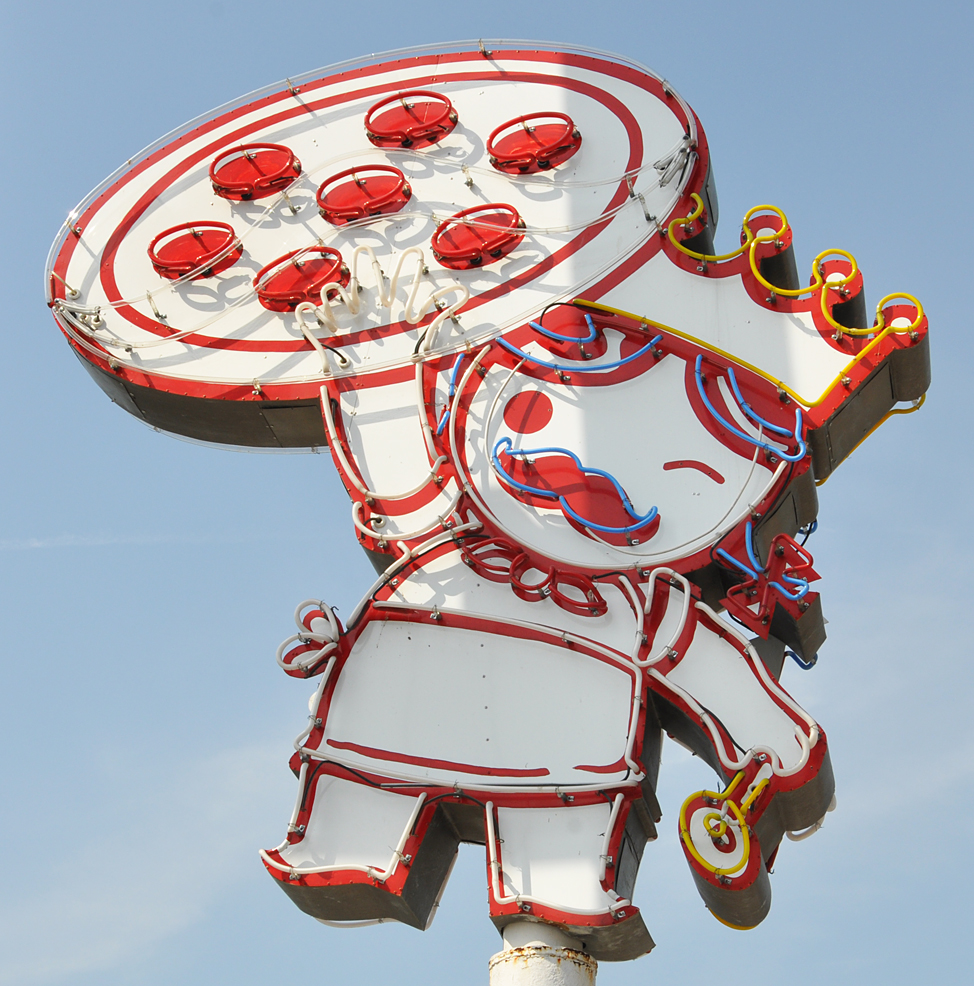 I still haven’t forgiven Austin for letting this happen.  These old Genie Car Wash signs were replaced with new ones last year when new owners took over the chain.  There are still a few old ones outside of Austin that were spared (independently owned).  It looks like Roadhouse Relics, a sign shop in town, has possession of one of the old signs.  It’s installed on a trailer near their store: 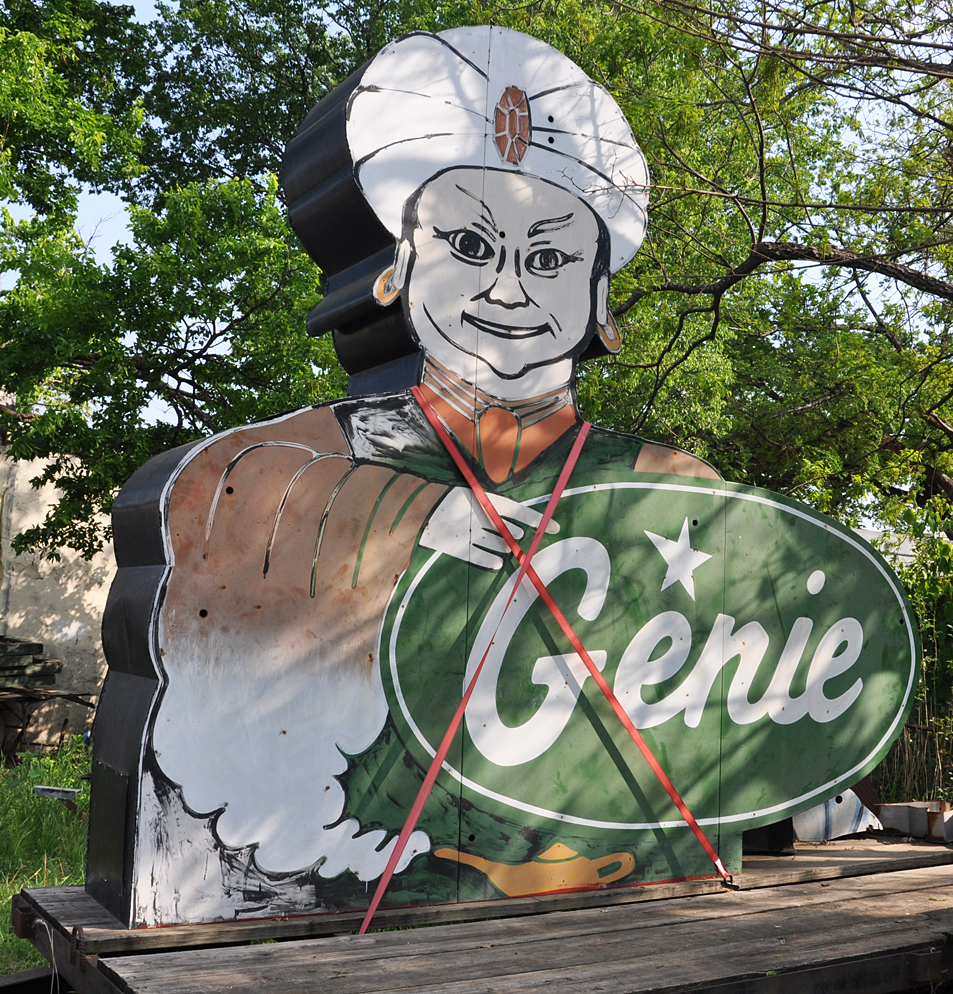 And here’s one of the new signs: 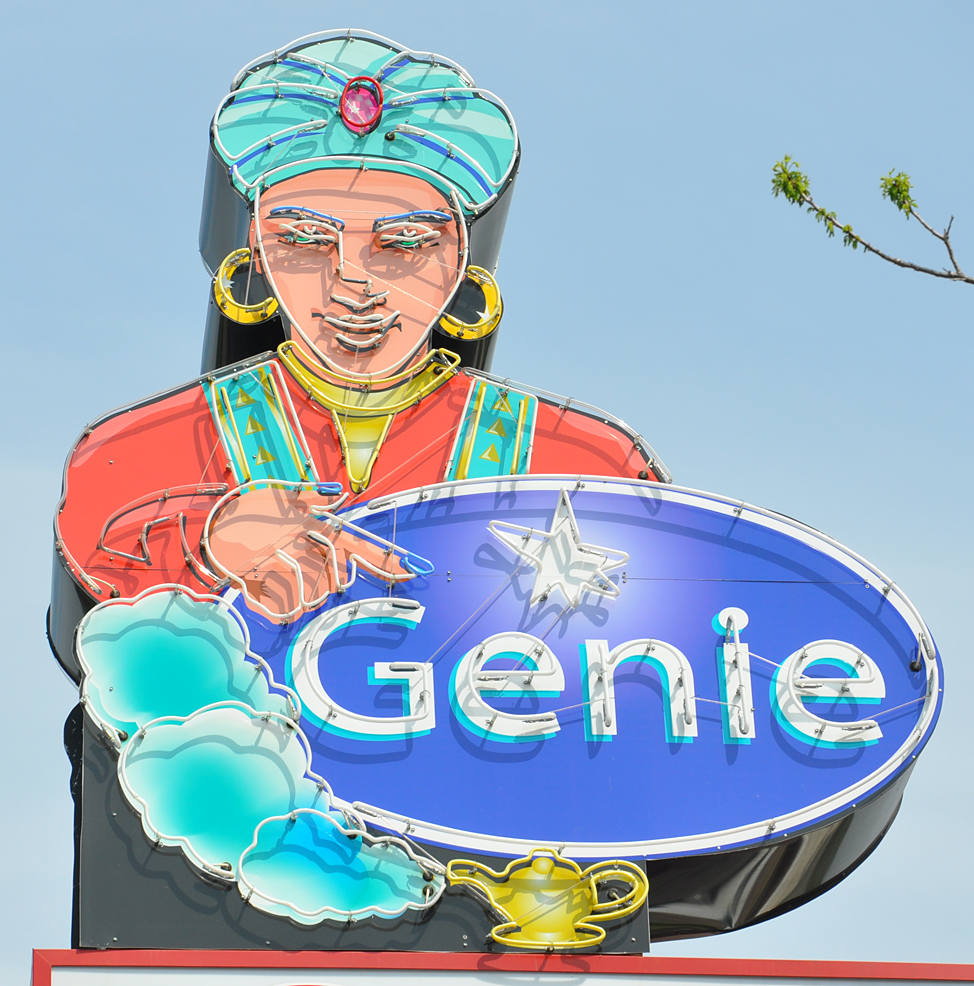 OK — so it’s better than a plastic box.  But still.  I really like the old guy so much better.  And that new font is awful.

The Threadgill’s restaurant on Riverside has a lot of nice old signs inside.  Here are just a few (the rest will go to my site eventually):

This one flashes, alternating between “Beer” in red and “Jake’s” in green: 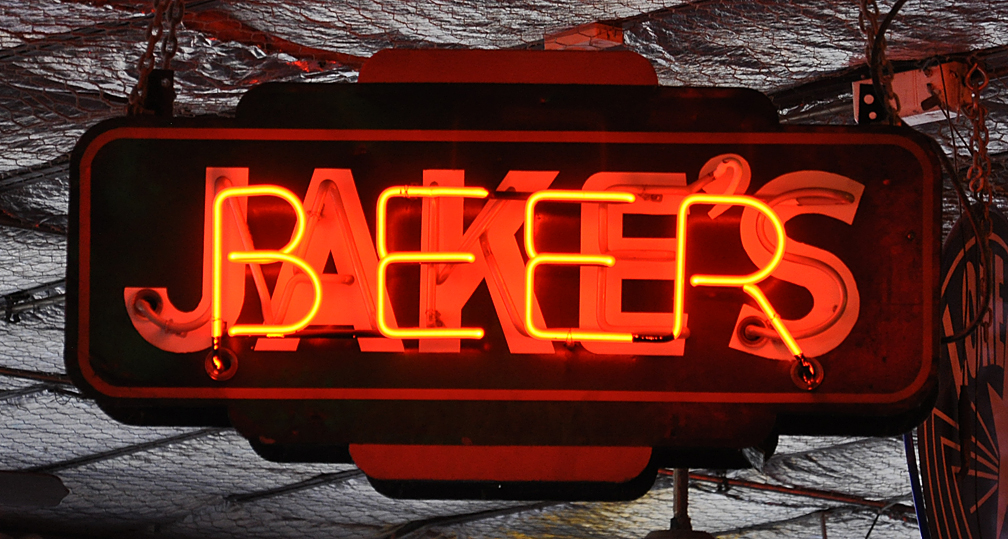 I SO deserved this today!  The “Mix” (chocolate & vanilla frozen custard) from Sandy’s Hamburgers.  It nearly melted into soup in the two seconds it took me to take this photo: 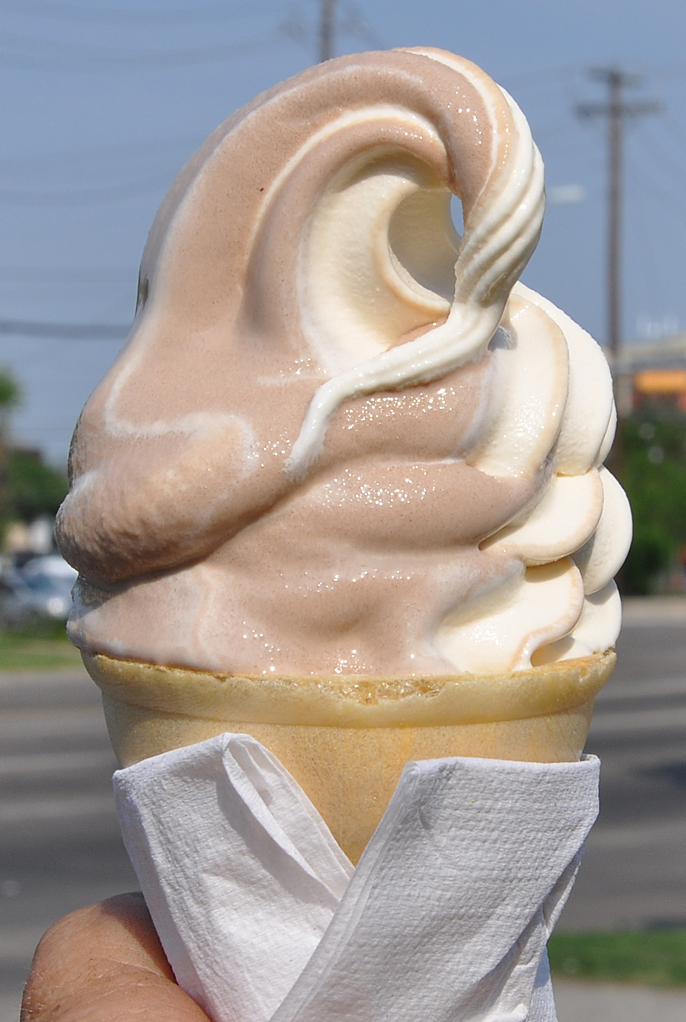 Can never shoot Kruger’s enough.  Above & below: 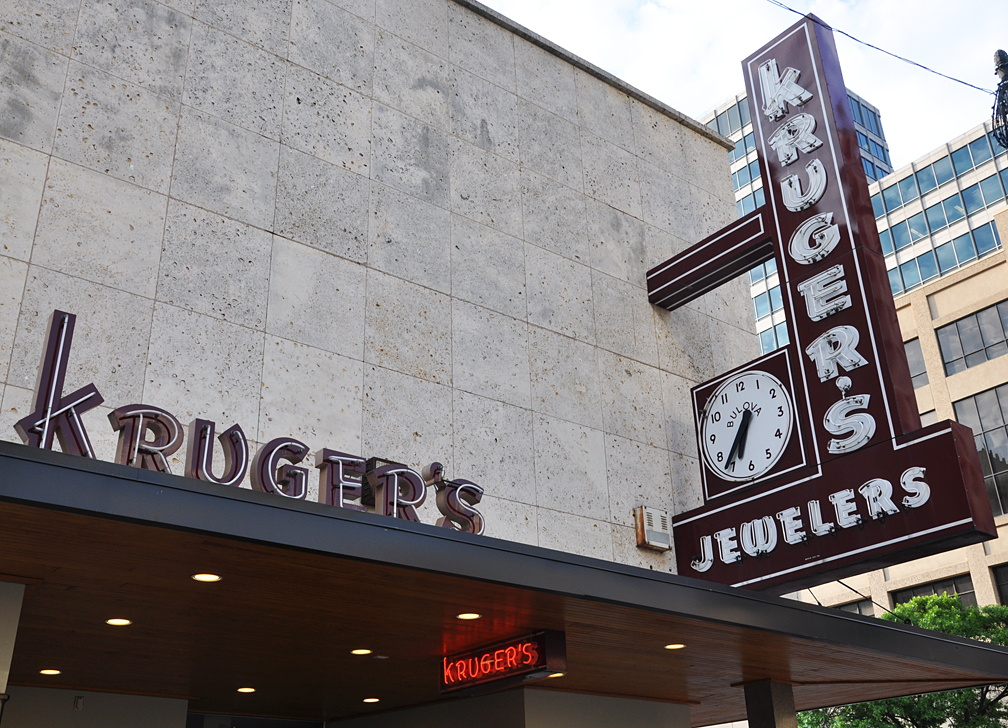 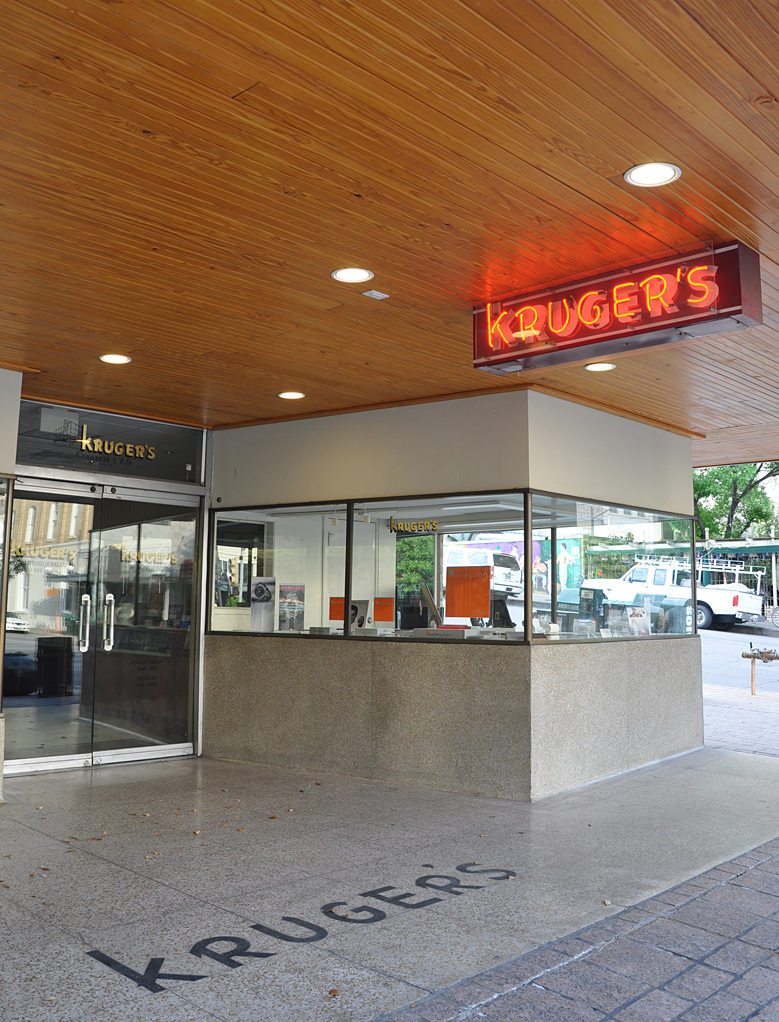 And let’s end with another oldie from Austin: 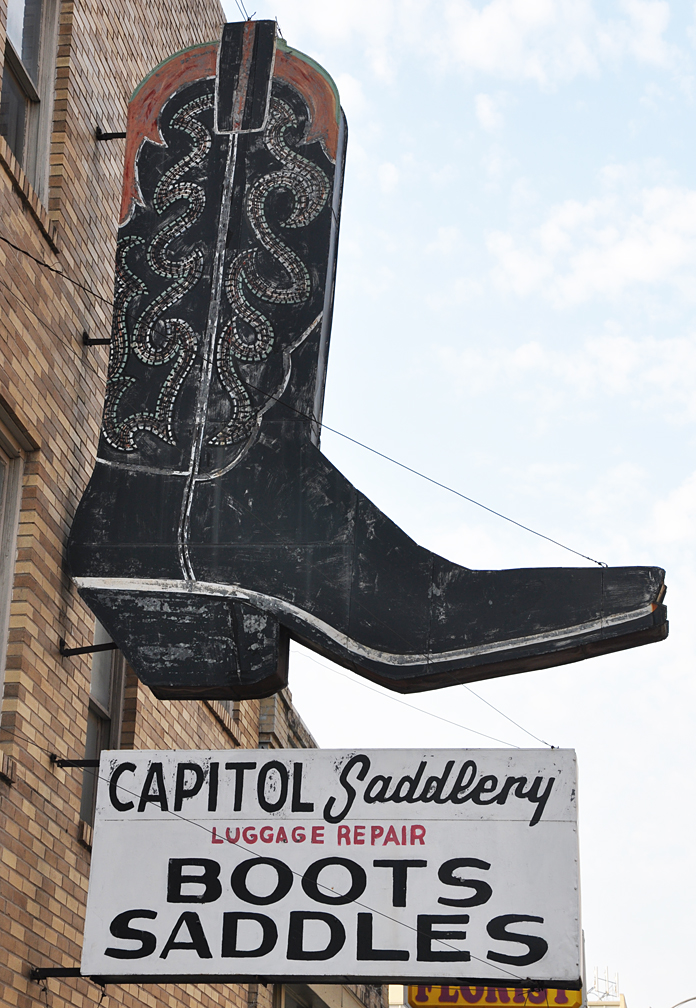 I should be able to finish up Austin tomorrow morning.  Lots of smaller cities east and north.  Hopefully, by Sunday start on the Dallas-Fort Worth area which will take about three days I think.  I hate to waste time getting the AC fixed but it sure would make life better for all of us — especially with three weeks to go yet.