The weather started with dark annoying clouds — but by the middle of the day a mix of sun and clouds.  I took more photos today than any of the trip so far (about 250).   I worked my ass off actually.  At least 150 stops.  All that without air conditioning!  I turned it on around midday when it got into the upper 80s.  But it was maybe 75 degrees on full blast inside the van.  Better with the windows open and a breeze.  So I guess the freon is gone already and I can go to a garage and the dye will tell where the leak is.  Not about to give up precious time and sit somewhere today though.  Maybe in a smaller town where it won’t be an all day wait.

I usually take on average about 150 photos per day — and basically use about a dozen or so for the blog.  The rest, just about every single one of them, end up at the site.  I’m not one of those people that take 4 shots of something and decide later which one.  I usually take just one, maybe two, and move on to the next thing on the list.  Most stops, I’m only out of the van for less than 10 seconds.  So if you’re doing the math, averaging 120 shots per day x five week trip = about 4200 photos per trip.  That’s usually bumped up to at least 5000 photos per trip since some stops require multiple shots (mini golfs, carousels, pet cemeteries, etc.).  So that’s why you’re only seeing a fraction of the photos I shoot at Flickr and here, only one angle of a building, etc.

Early in the day, I had a quick meet-up with a Flickr pal, Stu_Jo.  You know I’m not one to miss daylight shooting time on people — but, hey, there was a promise of homemade baked goods.  And he’s been kind enough to share lots of tips re: gas stations & other buildings — it was the right thing to do.  Plus the dogs got a good romp around his mostly walled-in workplace garden.  Seemed to entertain his co-workers and not too many heirloom roses were destroyed in the process.  Stu_Jo even posted a photo of moi & Sparkle at his stream — more photos of me have been taken on this trip than in the past ten years!
http://www.flickr.com/photos/whatafarce/5598827774/

Anyhow, here’s my selection from the Filling Station Cafe across the street from his workplace.  Yes, that’s coconut cream pie on the dash.  For breakfast.  Now that my stomach’s healthy, I have no shame. 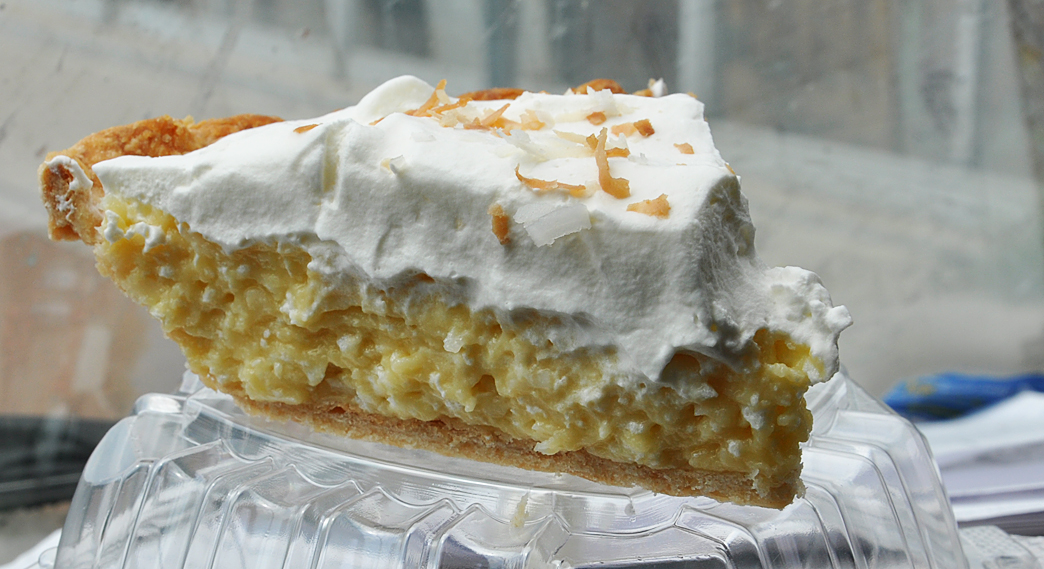 Alrighty then — on to more serious matters.  Here’s one of my photos of the Santikos Mission 4 Drive-in Theatre from 2006.   The drive-in closed a year later and it was announced that a library and park would be built on the site.  At least they are preserving the screen tower in some way (the second photo from today): 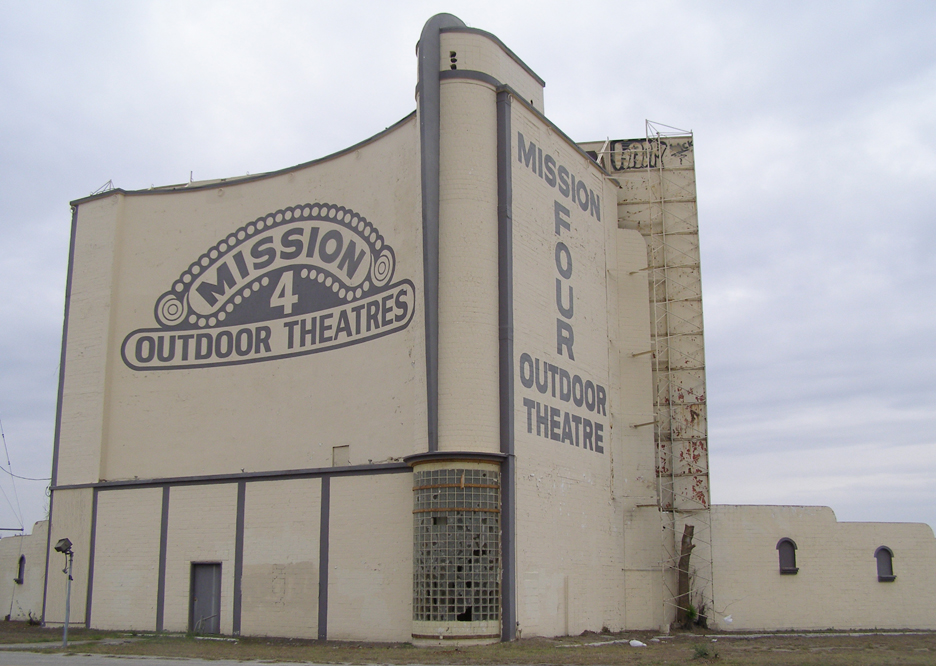 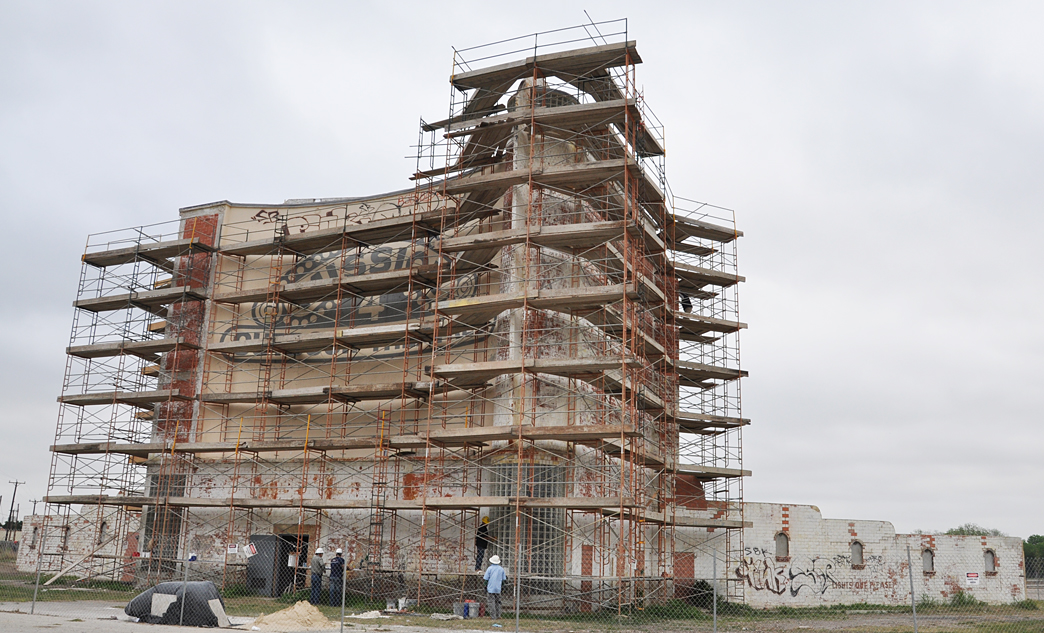 OK – how about a mini slideshow of signs: 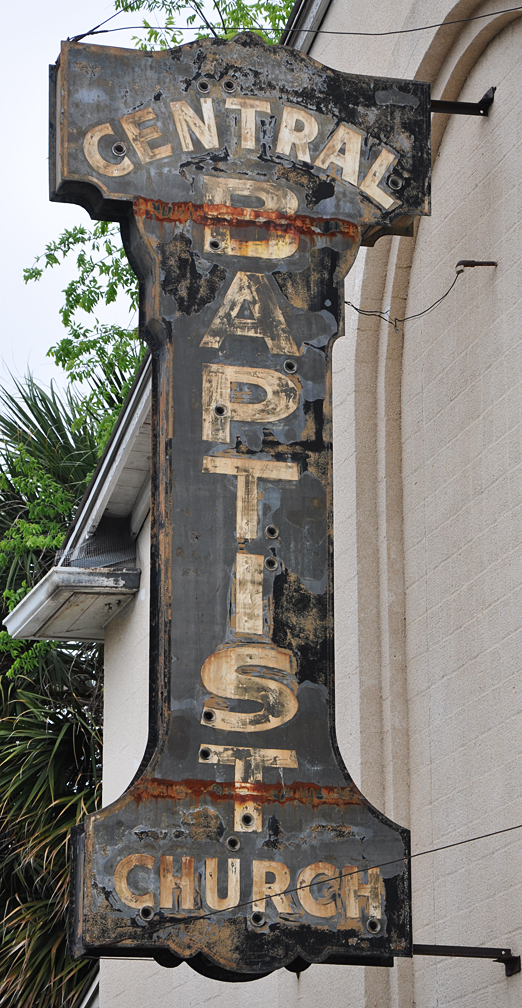 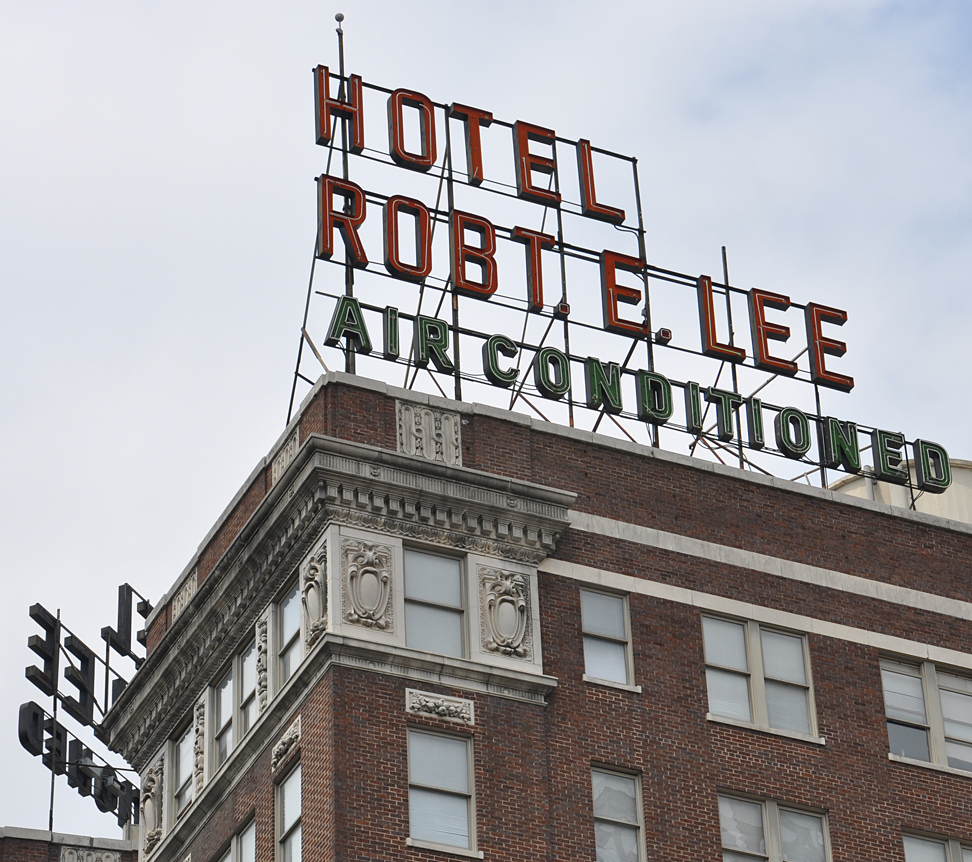 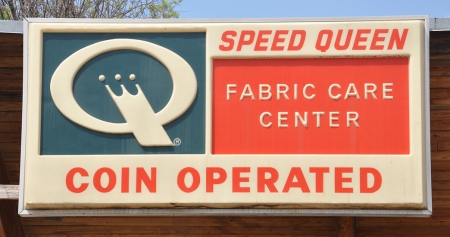 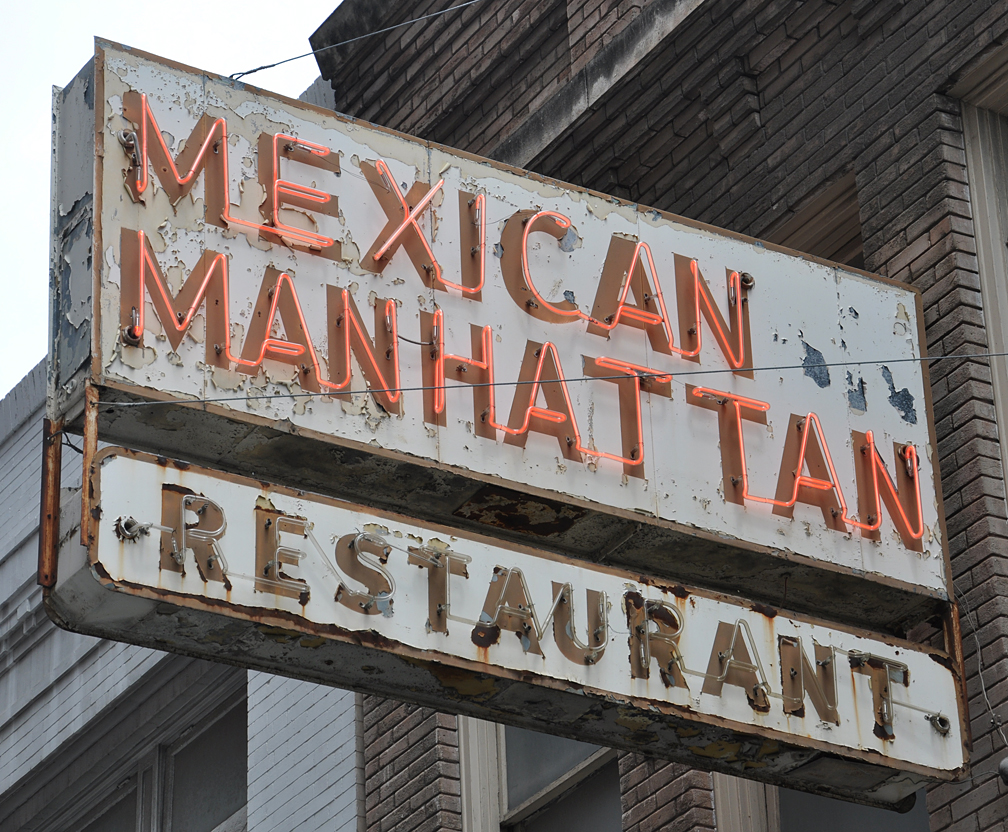 From the Alamo Music Center downtown — a nice bit of pure tube bending: 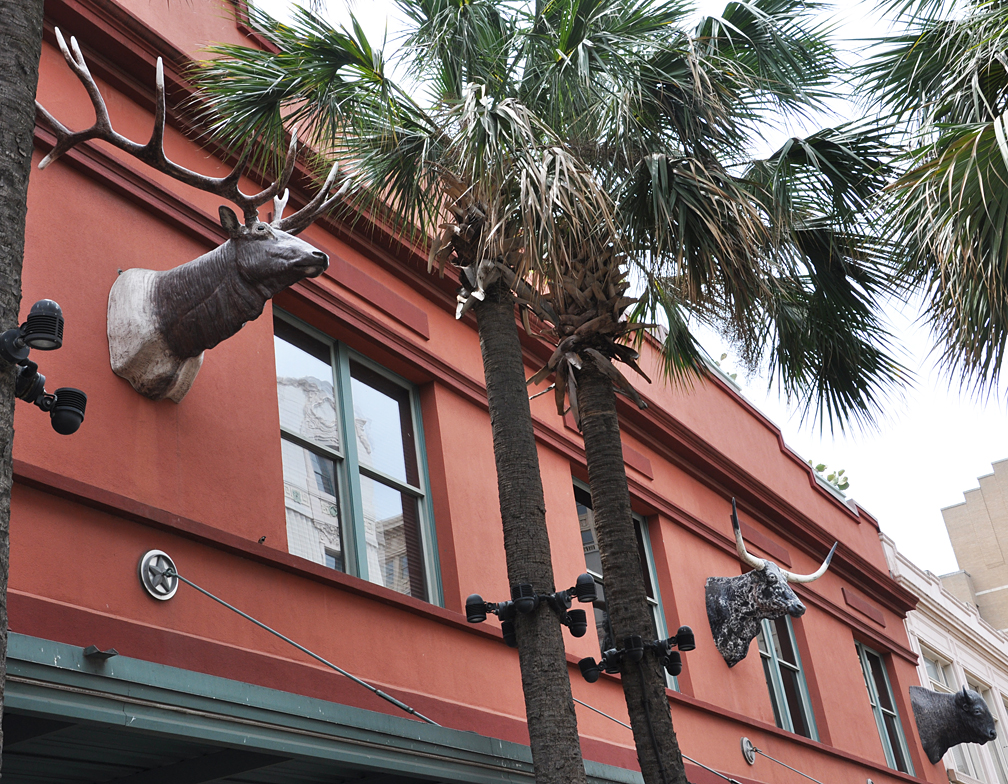 A really neat “glass sidewalk” (my term, don’t know the real word(s)).  If you’re unfamiliar, these glass squares brought natural light into basements during the day.  And I believe they were also lit from below at night for pedestrians.  There are still some in SoHo in NYC — and there must be more elsewhere.  What made these extra special was they weren’t clear but purple-y: 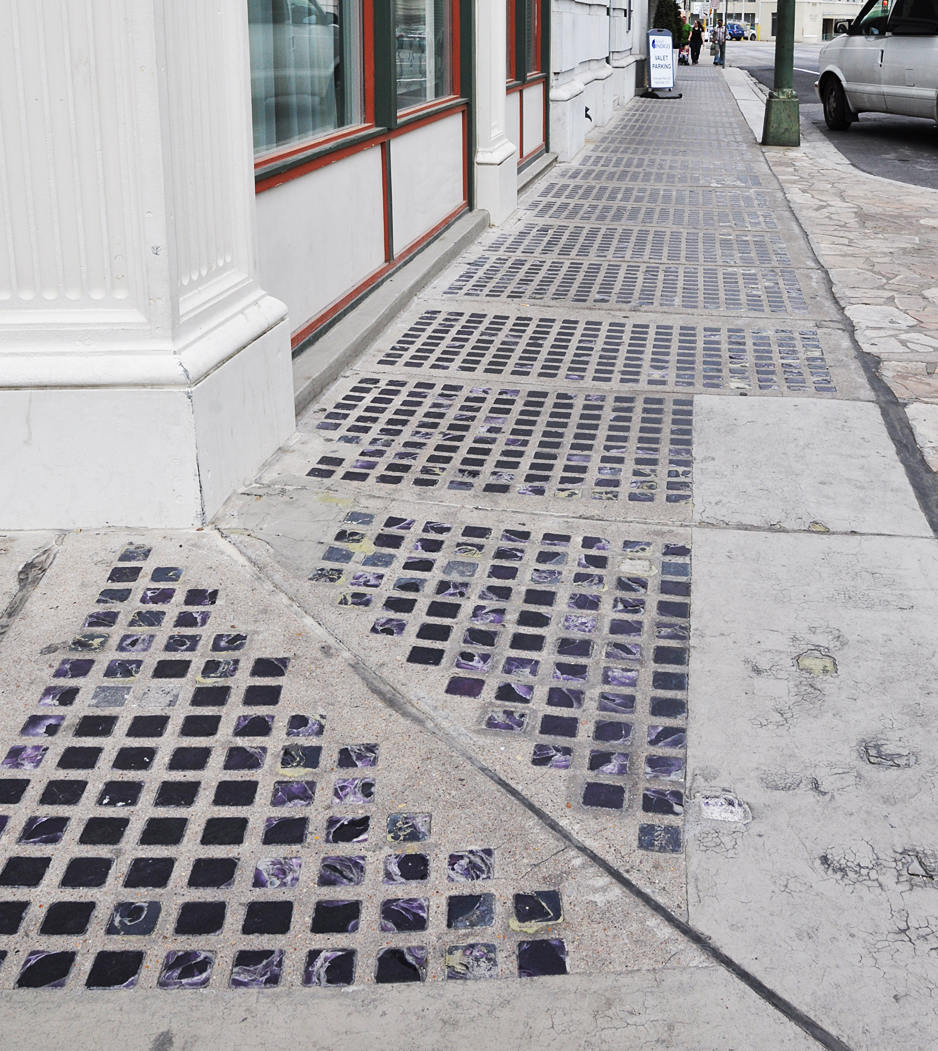 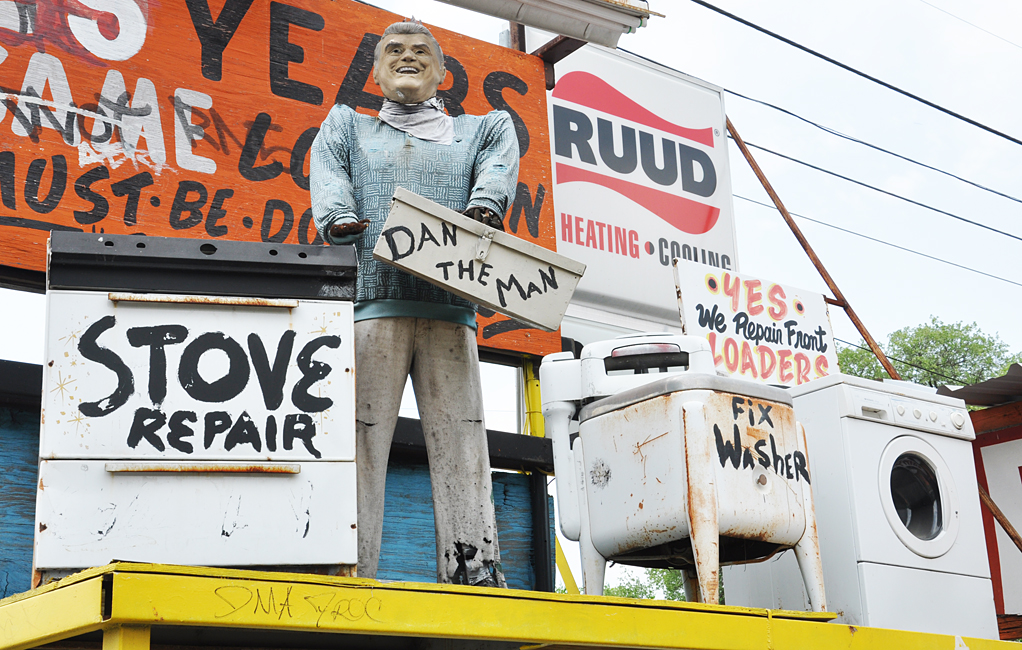 Can never get enough sun!  I can’t find an “established in” date for this company at Google.  But the building looks at least 1930s (the green sign probably 1950s): 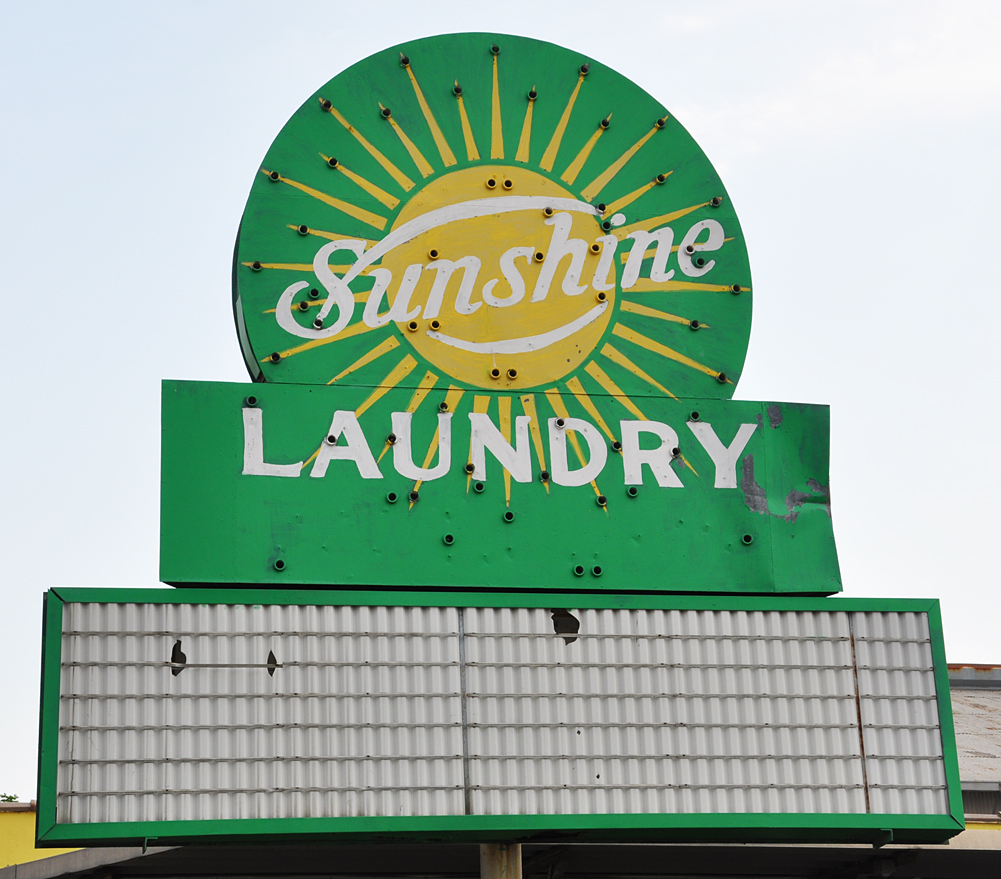 Last one for the night is a modern sign — in the style of the old: 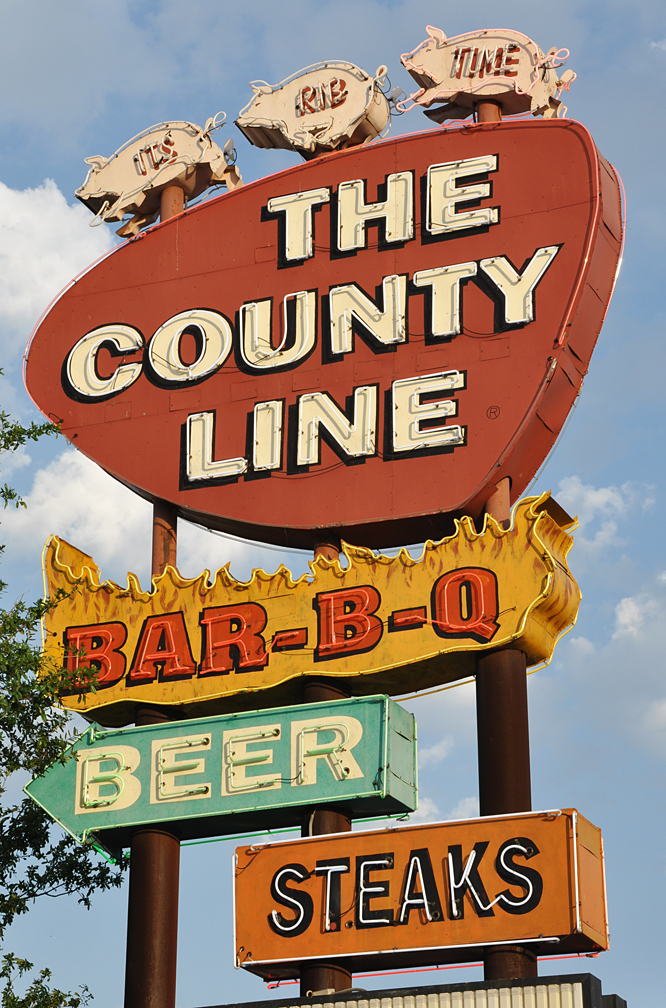 I haven’t a clue yet which direction we’ll be heading tomorrow.  There’s some stuff west of here that I really wanted to see.  Also some stuff east that’s clumped together and enticing.  If I were sensible, I’d head straight on up towards Austin.  I’m too tired to listen to the pleas of my inner child tonight so I’ll have to make decisions in the morning.

Oh, and for those of you that liked following the “bubble” at Flickr (on the map page), I’ve resumed that practice tonight at the agilitynut stream.  I’ve had two people say they missed it — so maybe there are others.  It allows you to find out at a glance where Sparkle is at for the night.  Just hover over the map for the note square which I move when we park each night:
http://www.flickr.com/photos/agilitynut/5500148977/