Finally, we’ve arrived in Texas.  Only a day late so far.  Hoping to devote 3 weeks to TX & then 2 weeks to OK and then scurry back home.  If I get more behind, I’ll lop off El Paso and bits of western TX so that I can give OK a fair chance.  The dogs & I will be doing some AZ & NM next year so I can hopefully finish up TX stuff then.

Some sun today!  Though it sounds like weather will still be iffy here in TX for awhile. Some rain & thunderstorms in the forecast for tomorrow.  Sparkle running fine.  The dogs got lots of exercise here & there.  A church with an enormous bit of land.  And then in North Little Rock, their first bit of swimming in six months.  I thought it might be too cold but they thought it was great fun.

Even though a good percentage of the time was on I-40 and I-30, still managed to get a bunch of shooting in.  Tonight’s batch is Flickr-heavy and blog-light.  I hope you’re following along both simultaneously.  I know it’s a lot to ask!

Let’s get to the photos since I have an early date with a rabbit (that’s the tease to make you come back tomorrow night).  The day began in Jackson, TN — anxious to get going and no time to wait for the right light:

Onward to Memphis for a few more signs: 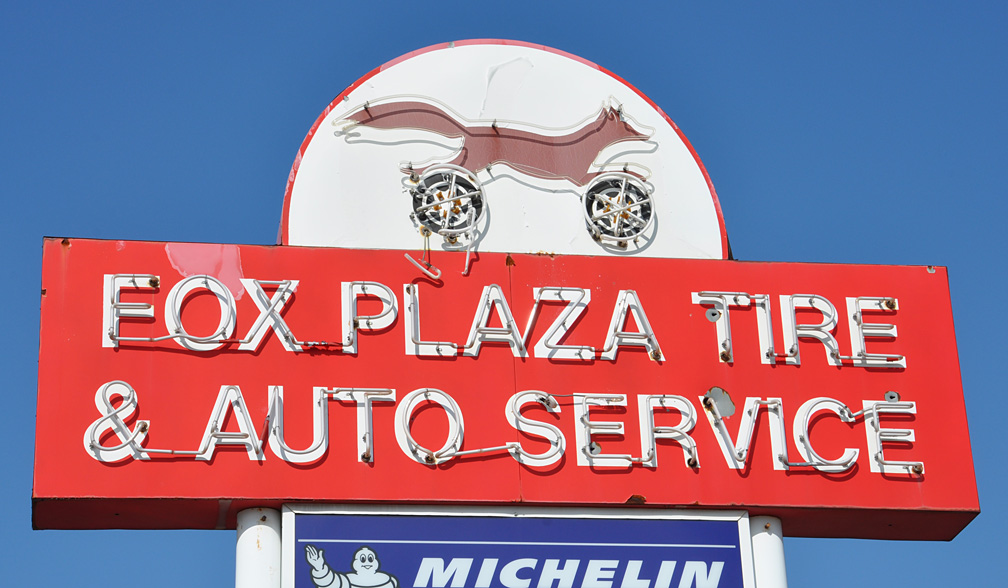 I assume this bottle used to spin but hard to tell now:

Couldn’t resist this photo op.  Downtown Memphis with cars racing around but Nik’s a good little boy and does what mama asks.  For those of you that don’t know, Nik is ball-obsessed so the tennis ball seemed like a good choice.  There were also basketballs, baseballs & others.  The balls were super slick – I guess from other people posing on them — or to discourage that, not sure which.  So Nik had to struggle to stay on this thing.

On to Arkansas.  There was a carefully orchestrated rendez-vous for this photo.  The folks in North Little Rock that are restoring this mug have this it out in Carlisle, at a remote farm, right now. So all the stars had to be in alignment for this mug viewing & shooting.  Anyhow, I thought it would be good to get the shot of me out of the way (always one per big trip).  My shirt makes me look 20 pounds heavier than I am but there you go:

Oh, and if you’re unfamiliar with Frostop, here’s the scoop:
http://www.agilitynut.com/vessels/mugs.html

Went a bit out of my way for this one in Arkadelphia and then the sun was all wrong.  Here it is anyway — a great combo of everything:  spinning clock, sunbreakers on the left, granite (I think) tiles on the front — and the deer head.  I peered inside to see if there was more mid-century goodness.  Pretty muddled, but I saw a GIANT real deer head in there.   Eeeek!  Maybe this bank was originally named First Deerhunters of Arkadelphia or some such. 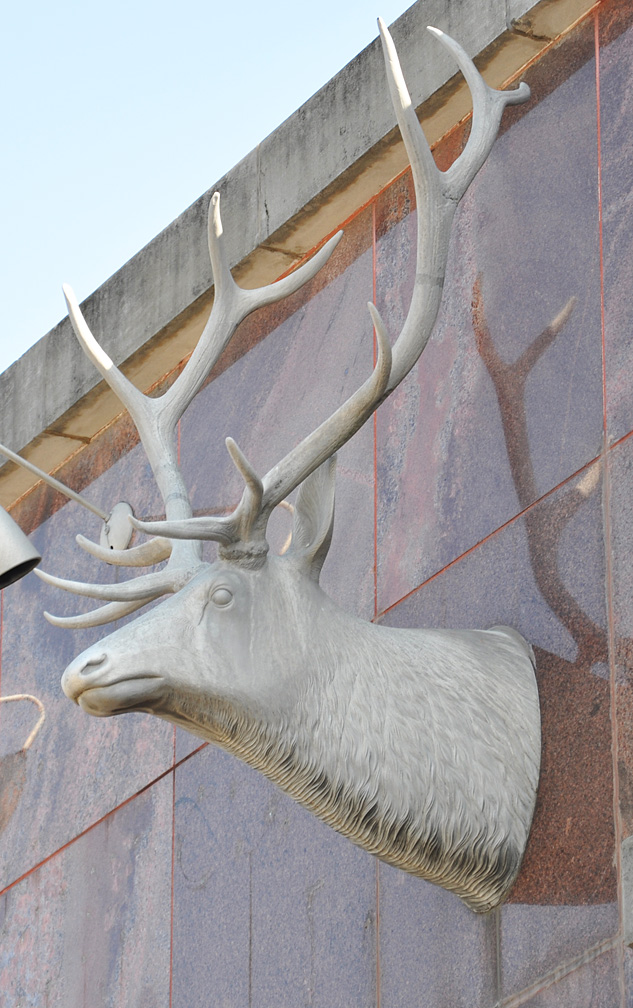 Last one for the night.  This one from Texarkana, TX.  Kinda famous for being the sign NOT to photo.  Seems the owner of the motel FREAKS when people try to shoot it.  I was all prepared & then nothing happened.  Maybe he was running an errand or in the bathroom and not at his post.  Anyhow, this sign has also been messed with a lot lately.  At some point, the Two-State became the Tri-State.  But more recently, the star and arrow removed:
http://www.flickr.com/photos/jlmiller/2435209634/
Don’t know if that was to discourage photographers.

Time for some rest.  The Texas marathon begins.