Good weather for the most part.  Some sun, some clouds, and then in the afternoon some rain.  Which gave me a good excuse to pull over and SLEEP for a half hour.  Still felt awful when I woke up (general exhaustion) — but I can tell I have way more energy than normal now.  Hoping for lots of sun this weekend as we have a big marathon in St. Louis ahead of us.  The forecast right now is for thunderstorms Saturday and full sun on Sunday.  I think if it rains, I’ll take another nap(s).  I really want to get these photos right.

The day started in Lebanon.  This oldie on old Route 66 advertised for the Satellite Cafe (long gone).  I wish I could find a vintage photo showing whatever was on top of this sign:

Another in Lebanon.  The place appears to still be open:

On to the Lake Ozark region.  I’d never been there before and it was pretty exciting.  Much more exciting than Branson.  Admist all the new development, and there was a LOT, there were still some lingering treasures.  For now.

This one’s from Osage Beach.  Closed now but it has quite a history:
http://www.cmshowcase.org/halloffame/Lee%20Mace/lee_mace.htm

From Lake of the Ozarks:

A couple more from Lake of the Ozarks. The Rebel Arcade has the funkiest, most rundown but still open mini golf course I’ve ever seen.  And Lord knows, I’ve seen many in my pursuits:

I’m glad this sign has been saved — but really, quite the injustice.  At least the bulb arrow hasn’t been stripped: 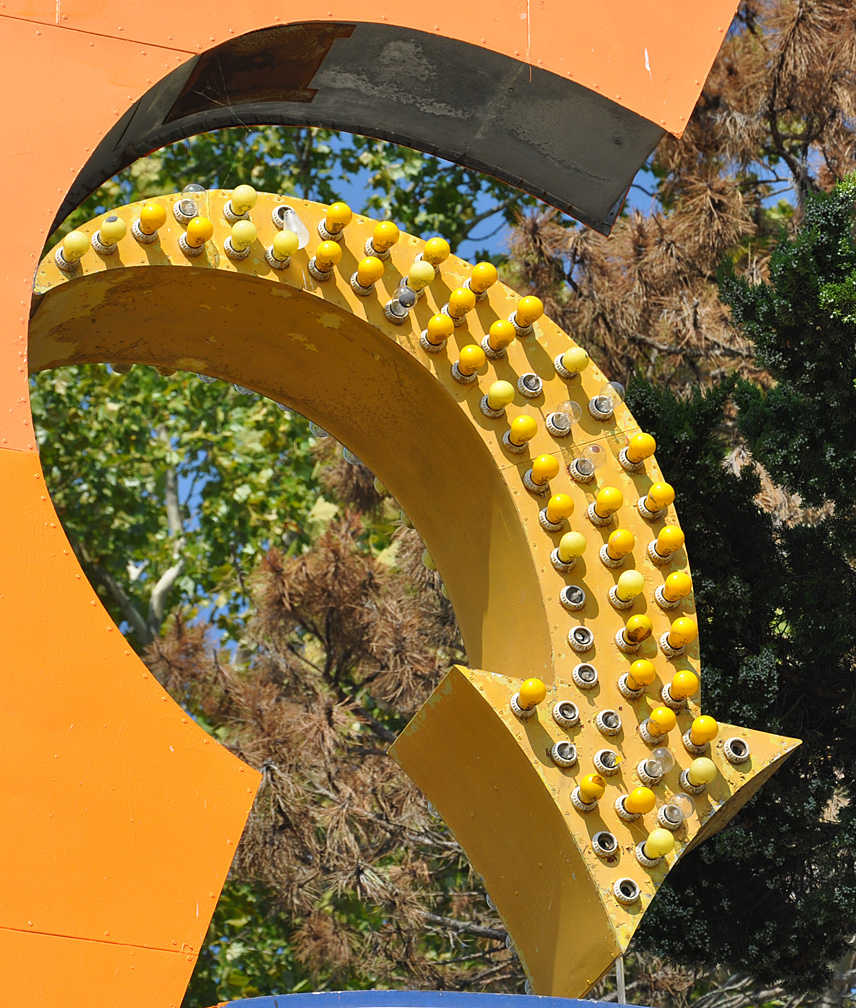 Oh, and yes, the dogs did take a dip in this Lake Ozark.  They insisted.  I followed the signs to the State Park and after several miles out of my way, finally found a boat launch area which is always an easy solution.  Nik befriended an Amish or Mennonite family and the kids got quite a kick of throwing his ball for him.  Grippie wandered off in some woods and scared the crap out of me for awhile (thinking she might be lost).  As she’s gotten older, there’s a bit of Mr. Magoo attitude developing (wandering off and  responding to my calling her).  I’m not sure how great her distance hearing is right now.

I saw a few of these signs / stations around today.  Had never seen them before so it must be a regional brand.  The stations themselves were pretty boring looking so I didn’t shoot them: 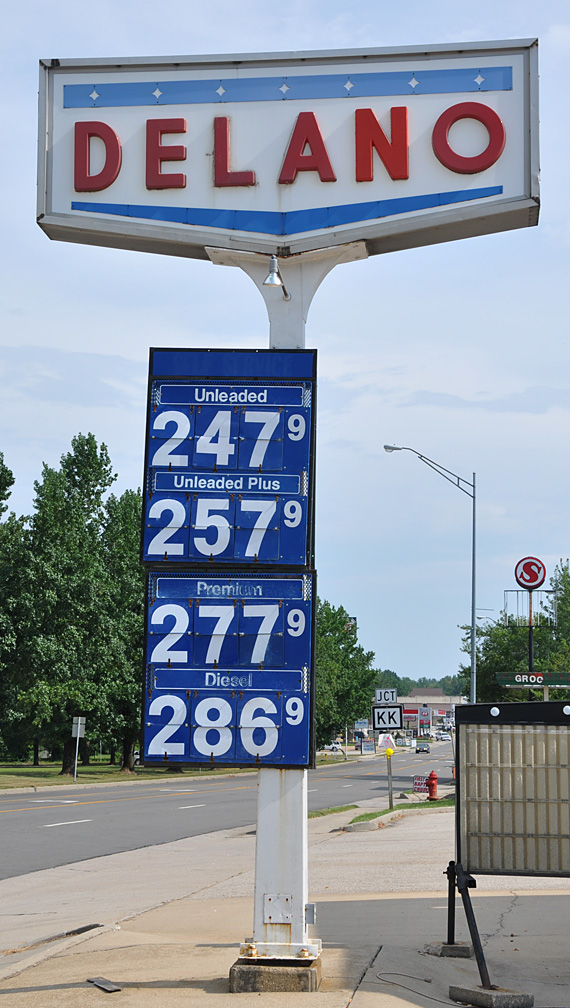 And lastly for today, the Rolla Burger Family saga.  Back in 2006, when I first saw these guys, there was the entire family of four standing on the roof of a tractor-trailer:
http://agilitynut.com/giants/aw.html

The Teen disappeared sometime around 2009.  And now, it would  appear that entire family is gone.  I thought I’d ask what happened with them.  It took me quite a lot of back and forth driving just to find the place since the “Discount Grocery” building is now hidden behind a few well-worn mobile homes.  No one seemed to be around so I took a peek in the building.  Trespassing, me?  Bingo!  There were Mama and Papa amongst all the junk — but no sign of Baby.  More than this, I do not know.