So where were we?  Normally, I try to get settled around 9pm and then spend about an hour replying to various emails and to Flickr & blog comments.  Then it’s usually 10pm and I start picking out photos, cropping & tweaking.  Around 11, on a good night, I start uploading to Flickr.  Then around midnight, start the blog post.  Which explains why they are so disjointed and dry sometimes.  Not much sense of humor left in me.  But last night, I didn’t get settled til 11pm and then.. the usual schedule.. and no way was there time for the blog.  So that’s my excuse.

Let’s move right into the  photos then — since I have today’s pictures still to play with and it’s 10pm.  This is hard work — but I’m happy when it’s done and I can finally turn the computer off.

The day started in Sioux City.  This cute sign is right downtown.  A sign in the window indicated that the business has moved elsewhere.  So this one’s days are probably numbered.  Probably neon before it was patched & painted maybe 400 times, right? 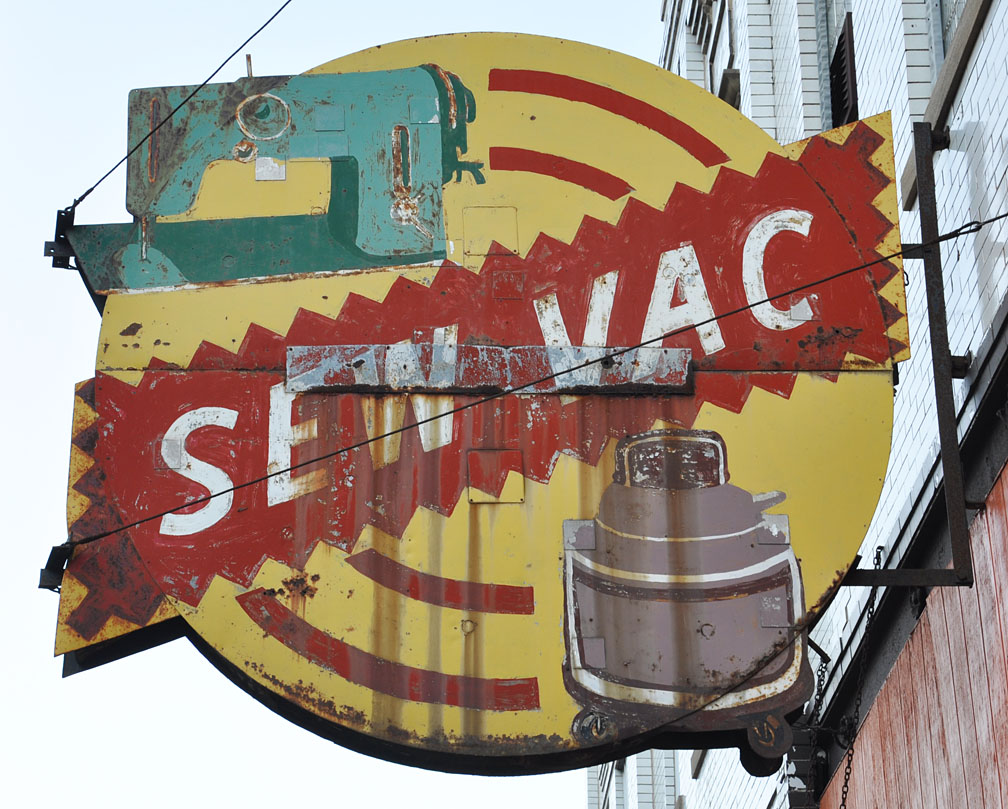 Dashboard treat time.  Desperate for stamina boosters at a gas station c-store, I came across this new-to-me snack.  Very spicy which helps when you’re fading at the wheel.  Three of the dogs didn’t mind the intensity. But Fixie, who’s the only one that usually chews her snacks, gave me a “that was a dirty trick!” look.  I give them a B- and wouldn’t buy again.  Note this is a small bag — it just looks huge in this photo.  And the little Ritz sandwiches are about the size of a quarter.

The former Mister Donut sign in Des Moines.  Now Donut King but they let the sign live.  Sort of.  You can still make out the “Mister” at the top of the sign if you stare at it long enough.

Some fun stuff from the public sculpture garden in downtown Des Moines:

From Story City.  Yes, these Kum & Go gas stations are all over the place in Iowa.  There are also Git N Go.  And Casey’s gas stations.   I think I’ve been to 50 Casey’s in the last three days.  I sure miss Sheetz and Wawa though — which are way huger and have much great snack selection (even healthy stuff).  Anyhow, I don’t know what the original gas station brand was here, but evidently it was part of a chain.  In the past couple days, I’ve seen remnants of these “Food” towers at other gas station combo restaurant locations.  I’m assuming the food sign must’ve been neon and visible for 20 miles — and outer space:

The remaining photos are from Marshalltown where I wound up staying the night.  Mostly just so I could shoot the Stone’s Restaurant sign after dark.

Another reason I’ve been getting such a late start on my email/postings is that it doesn’t get dark til after 8pm (or 9pm by my watch since I’m not changing for the difference between CST and EST).  The sun is up extra early it seems, too.  And also, since Iowa is so flat, there are no trees or mountains to cut into shooting time.  Which is great — but exhausting since I shoot from practically dawn to dusk.

Here’s another candidate for the world’s tallest, or top 10 tallest, blade sign.  Most likely a hotel-y name before it became the Tall Corn Towers (apartments).  The neon now substituted with plastic letters.  But still fun.

Last subject for the night — before I head off to work on today’s photos.  Admire the humor, cleverness, and tilework of the Totem Bowl: 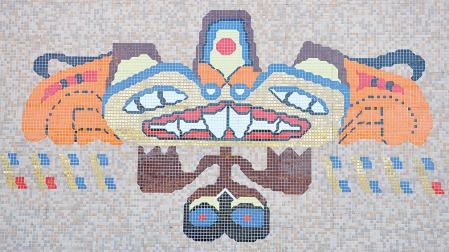