I was all psyched to finish up Chicago this morning.  But it was pouring rain and dark as night in every direction.  I sat at my first destination for about 20 minutes waiting.  And then I made the painful decision to just head on to Iowa.  And quite the journey it was — from coast to coast.  Except Iowa doesn’t really have coasts unless maybe you count rivers as coasts.  In which case there probably are rivers at every border.  Iowa has tons of rivers.  Ask my dogs — who got to splash around in lots of them today.  It was another scorcher — 90-something and humid as hell.  But not as bad from what I heard on the radio about Tennessee, Georgia and elsewhere where it was 100 degrees and with heat index a feels-like of 115 or so.  Wow — my sympathies for any of my readers that are dealing with that!

So anyhow, Dubuque to Sioux City, plus the stretch from Chicago and some jimmy-jags north and south of Highway 20.  I haven’t done the math but that’s a ton of driving.  Plus the local driving in cities to take photos of stuff.  Google says it’s 537 miles from Chicago to Sioux City.

OK — I’m Back from 5 hours sleep and feel like a million bucks!  Let’s see if I can finish this post now while the sun is coming up.  There weren’t many photos today since it was mostly farmland and dinky towns.  Many miles between destinations and hardly any unplanned surprises.  But it was awfully pretty.  And stinky (tons of chicken production & cows). 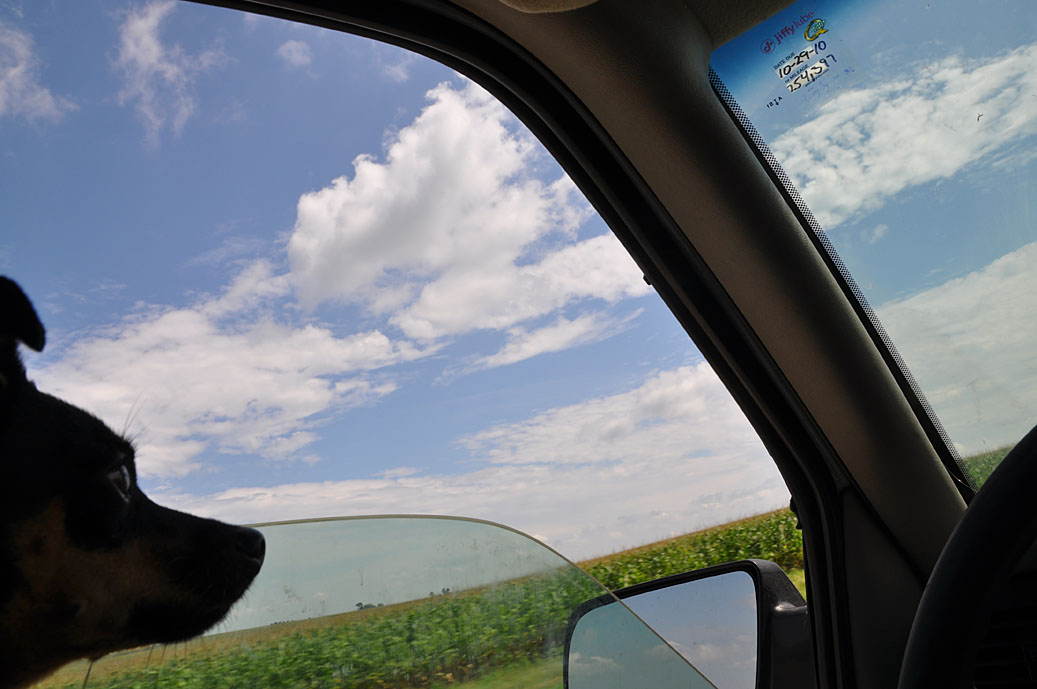 This is from East Dubuque, IL — just before (finally) crossing the Mississippi River.  There are actually two identical scaffold signs like this on either side of this hill:

This sweet one from Dubuque, IA: 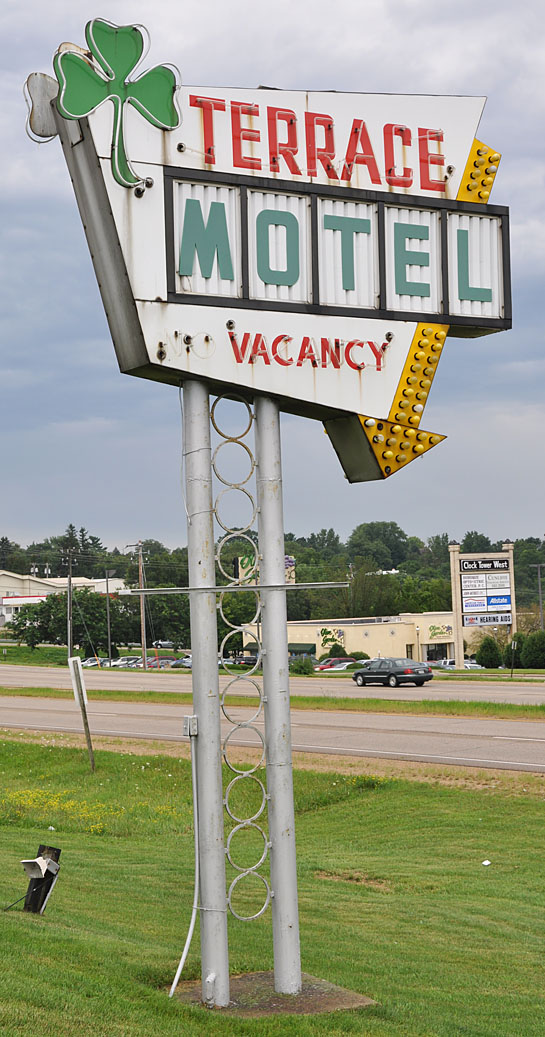 I shot a number of these Dairy Sweets today.  Their buildings are nothing special but I love the plastic signs.  This chain seems entirely or mostly confined to Iowa.  This one, now named Dairy Treat, is from Nashua, IA:

This butterfly-roofed building is from Mason City.  My first guess is former gas station since it’s on a big enough lot.  But it might have been a drive-in restaurant, ice cream stand or something else: 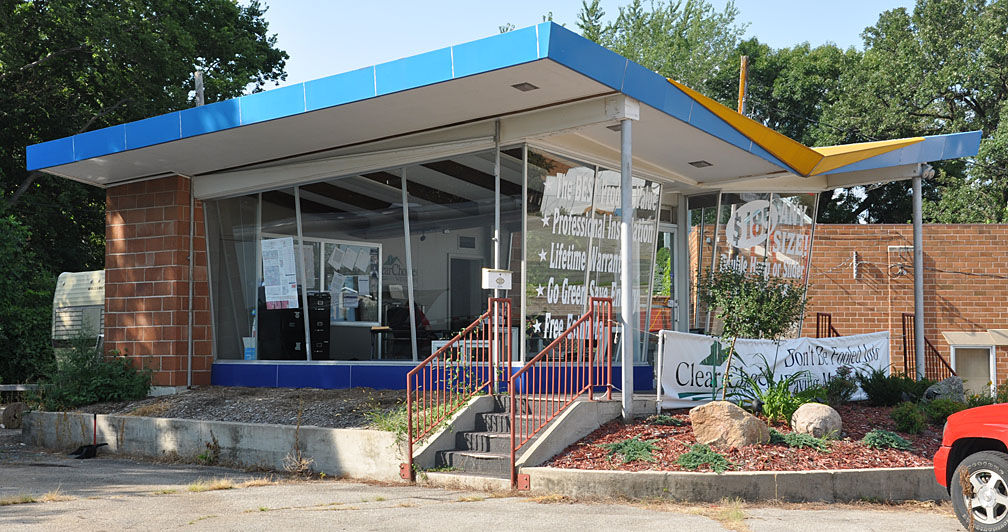 Britt, IA is home to the Hobo Museum and the National Hobo Convention.  This link gives some info about this character on their sign:
http://www.brittiowa.com/hobo/logo-symbols.htm 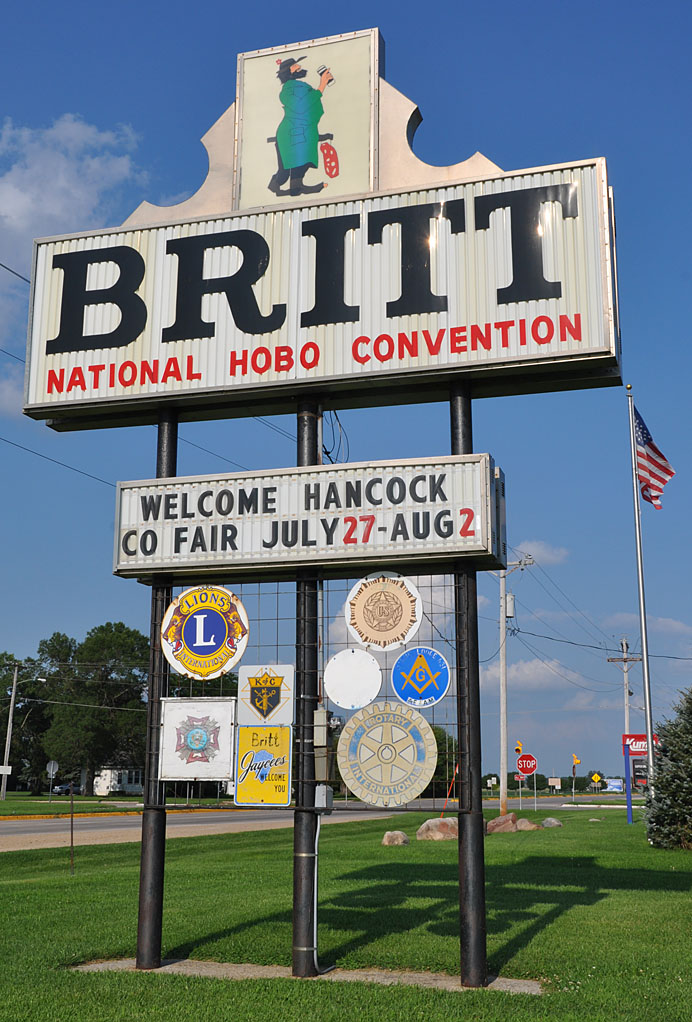 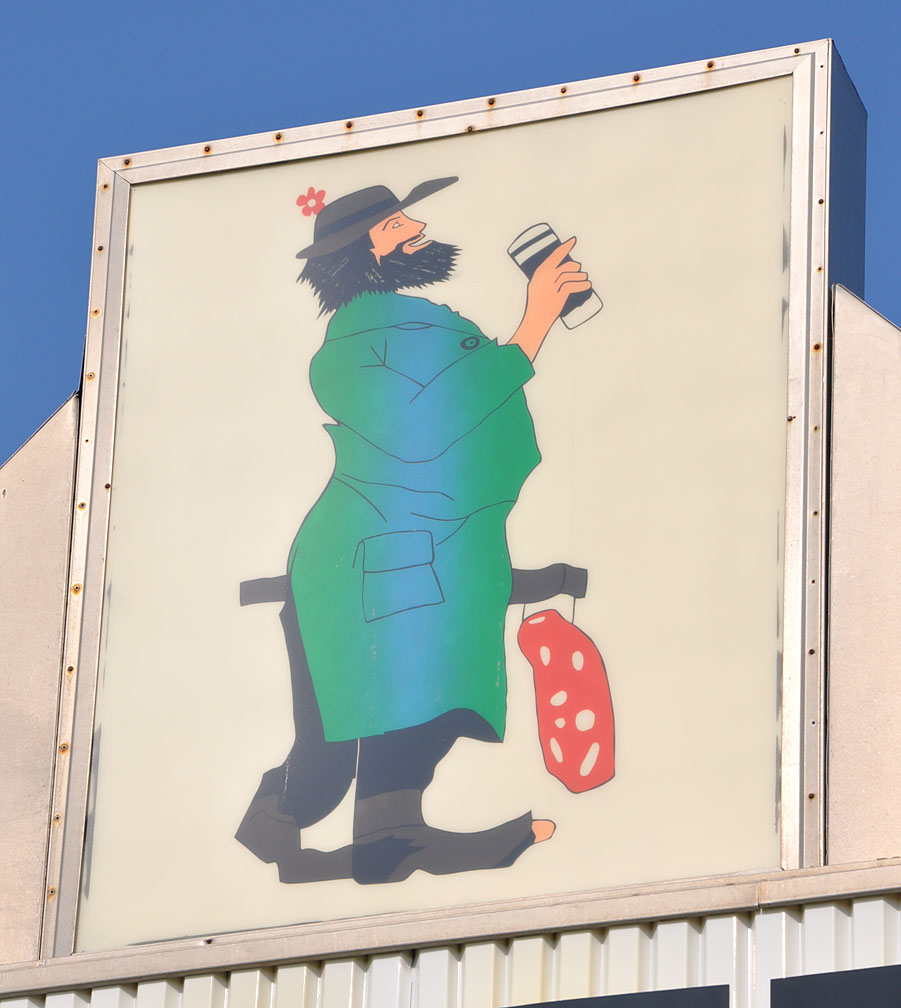 This former “pilgrim hat” A&W restaurant (now “Backseat Diner & Drive-in”)  is located in Humboldt.  I’ve never seen the drive-in canopy installed on the side of the building like this.  It usually shoots off one of the ends of the building.  But it looks like a vintage construction:

One more before I hit the highway (sun’s up and not a cloud anywhere in this big Iowa sky).  From Fort Dodge — do you think Dairy Queen knows/cares about this Tom Thumb sign dominating one of their restaurants?  The size and style of this sign make me wonder if there were other Tom Thumb locations.  Nothing comes up from a quick poke at Google though. 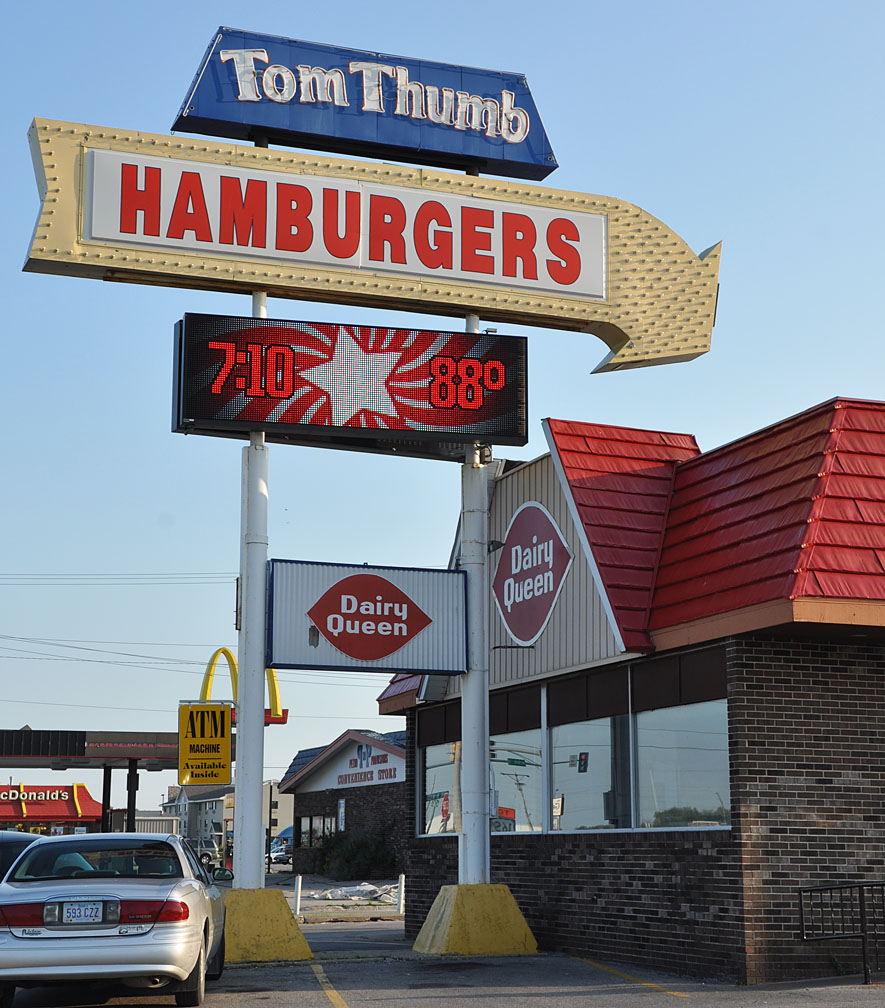