Lots of miles between cities with just single stops.  Lots of radio, coffee, and gum needed to tough it out.  Then ended the shooting for the day in Jackson which was photo (and traffic) rich.  Just another day of perfect weather.  Tomorrow, I hear it may be in the 80s.  Should be back at the Gulf beaches tomorrow for the dogs.  Today, they got by with big dirt fields and a couple ponds.

Got my first, and hopefully last, speeding ticket of the trip.  On an absolutely straight stretch of highway with nothing but farmland.  Clocked me at 79 in a 55.  Have to call the court to find out how much I owe.  Whatever.  I figure MS can really use the money.  And I’ve been speeding like mad for 19 days now and it’s gotten me probably another hundred stops in.  Just part of the travel costs.  The trooper had a real racket going.  As soon as I pulled away, he made a U-turn and immediately put his blue lights on someone else.  He must make a fortune.  I’ll try to simmer down a little and keep it at 10 mph above the speed limit or hide in the middle of a pack of fast-movers.

I made a quick trip across the border to Helena, AR for some stuff.  One thing was an old Coca-Cola bottling plant:
http://www.flickr.com/photos/southerncalifornian/2139604077/
But, according a couple people that I spoke with, the roof and a wall collapsed a month ago and it was reduced to a pile of bricks.  Sure enough, that’s what I witnessed.  All the more reason folks to get out there with your cameras to see and document things because you just never know when they’ll be gone forever.

This one in Clarksdale: 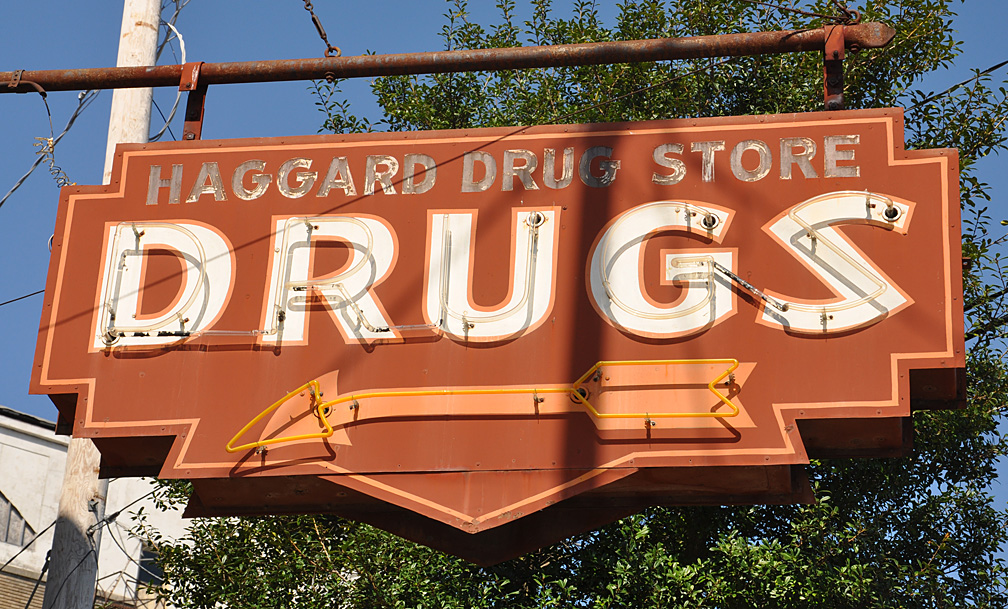 This abandoned movie theatre in Clarksdale: 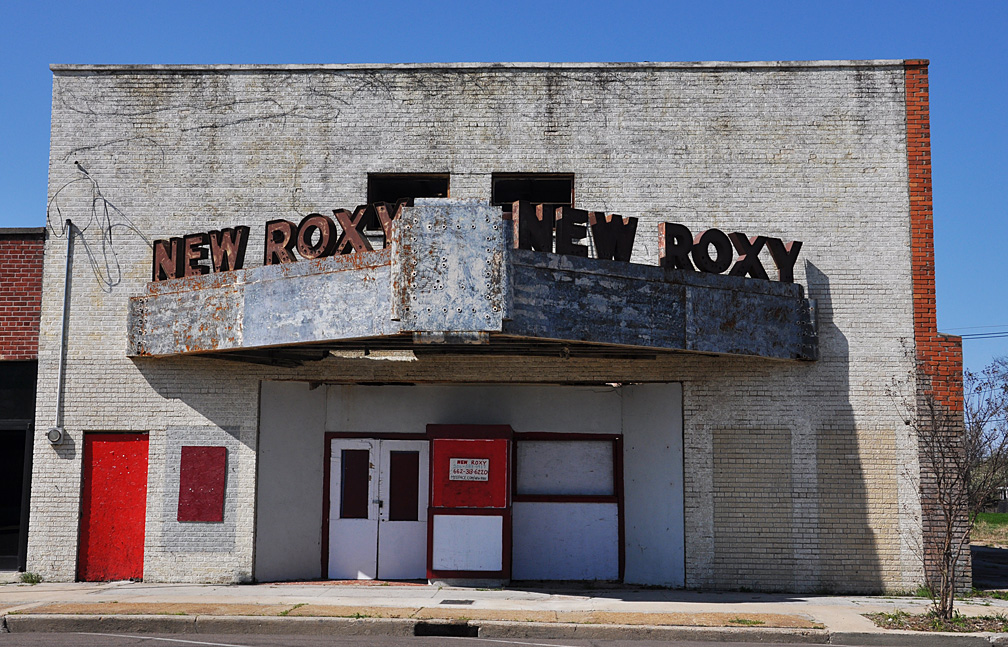 The former Taborian Hospital in Mound Bayou.  I had the dogs out for a pee on leashes here and they were going nuts sniffing along the walls, digging, screaming.  I think the building is loaded with rats: 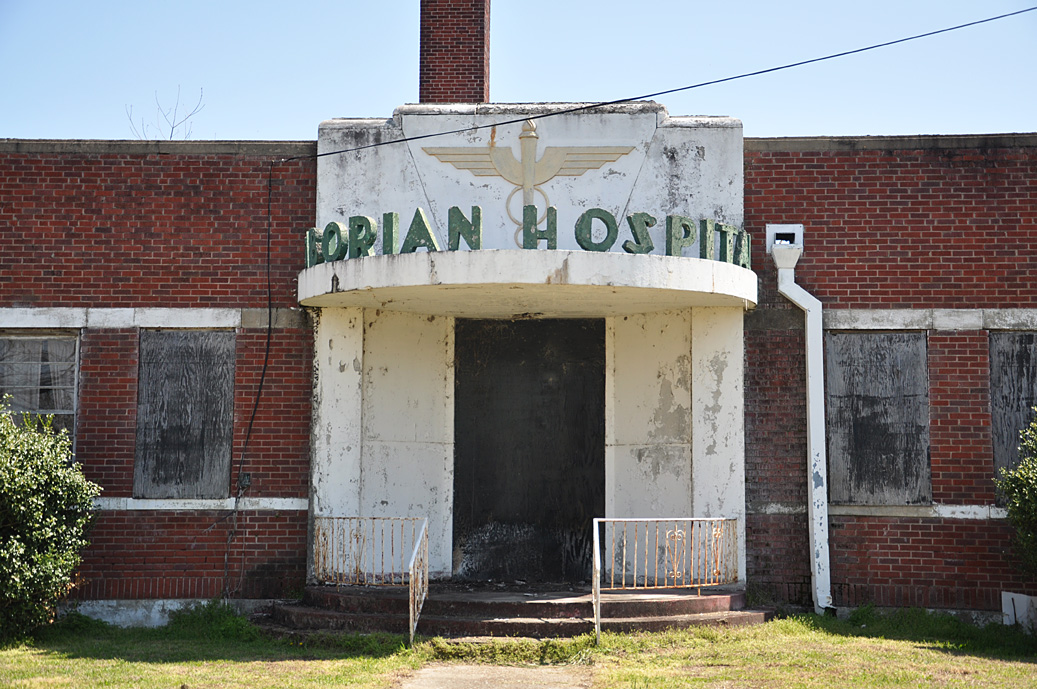 Who knew there was so much Art Deco / Streamline Moderne stuff in MS?  This neat Hostess Cake building is in Greenwood: 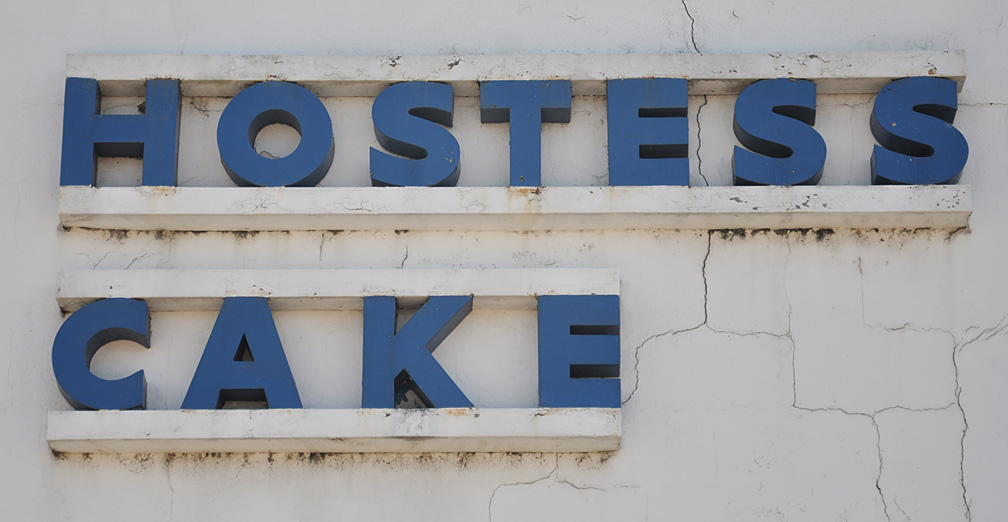 This sign was in Belzoni.  I have no idea what it was before it was a thrift store.  It has a terrific zig-zaggy shape: 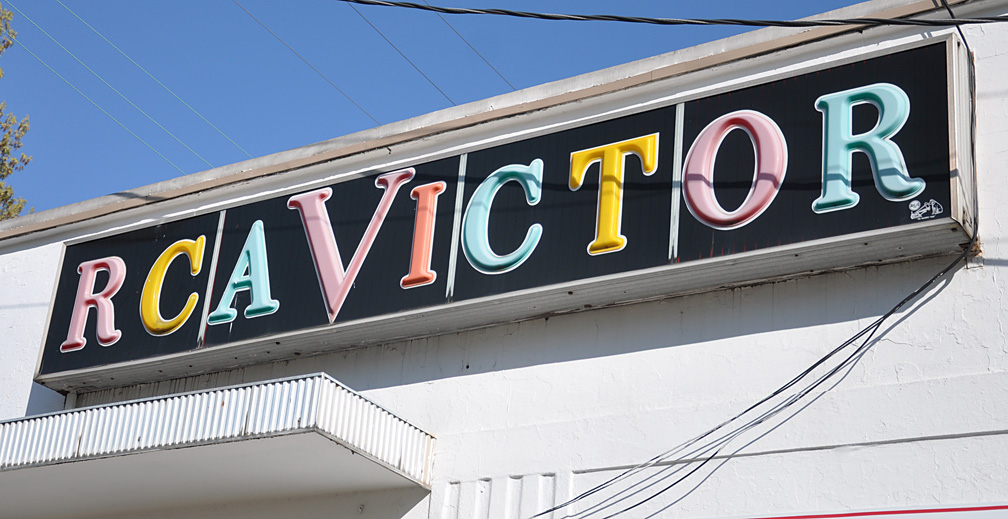 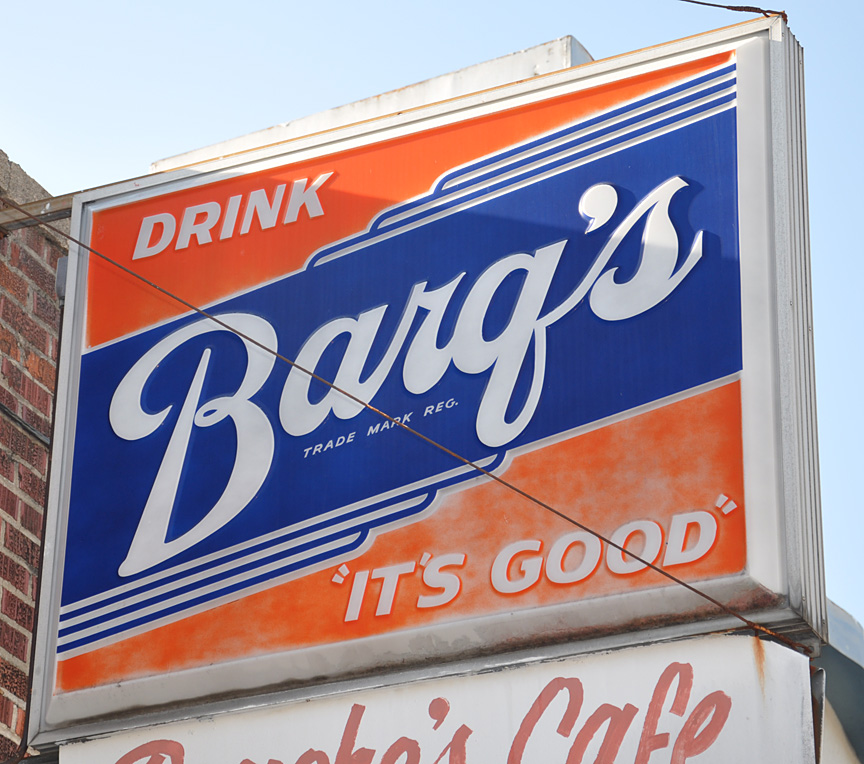 This place in Jackson is still in business: 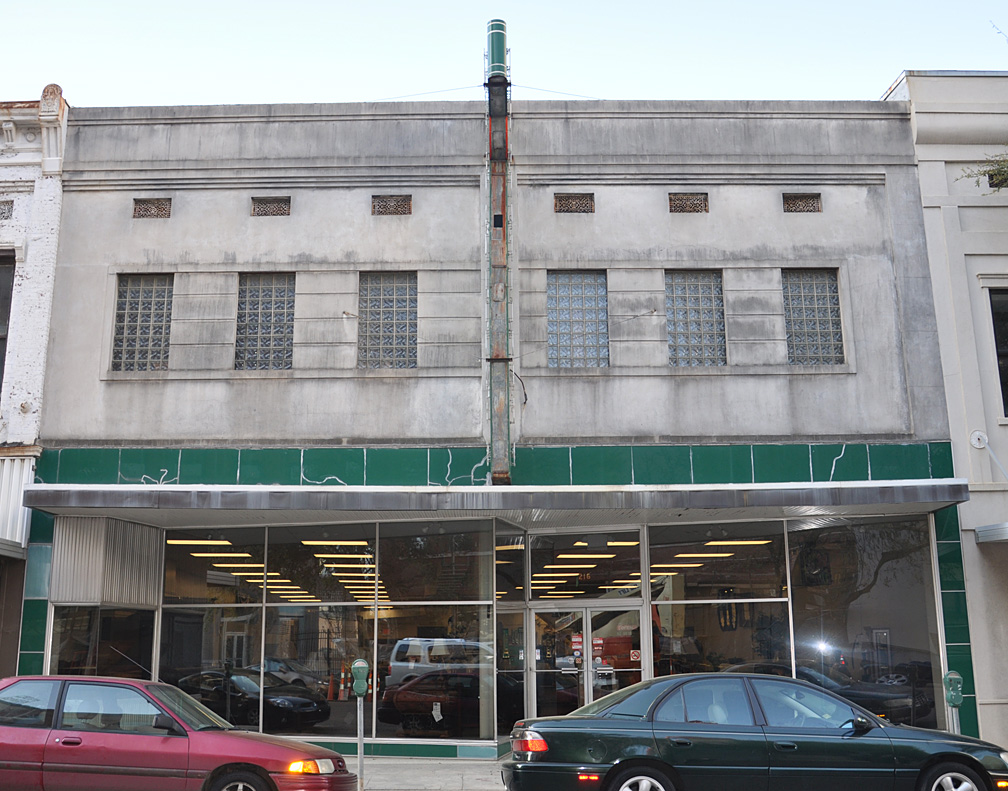 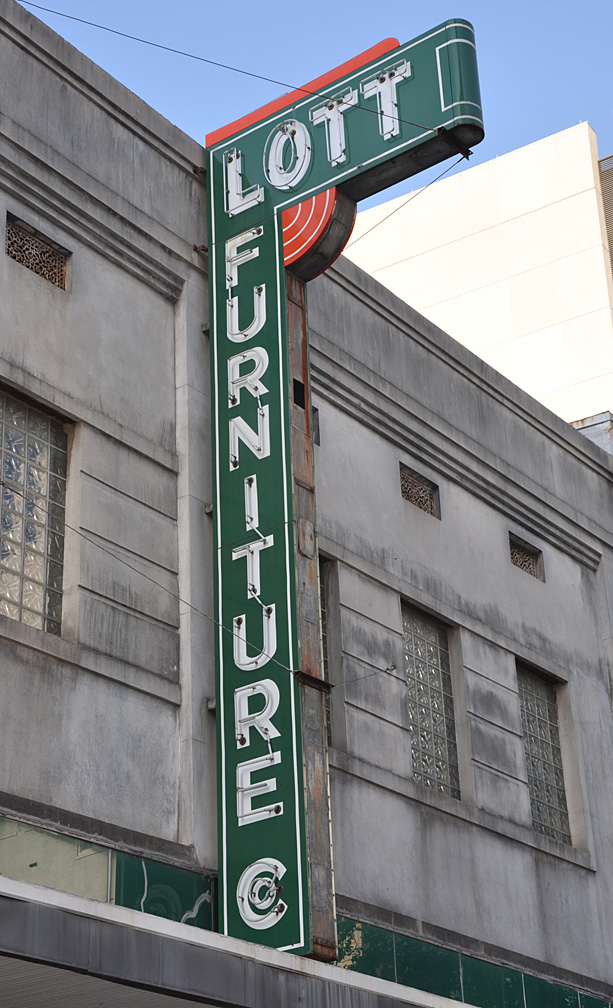 I understand that it’s been raining for days now back home in NYC.  Hopefully, this will cheer up some of my pals — soon – very soon! 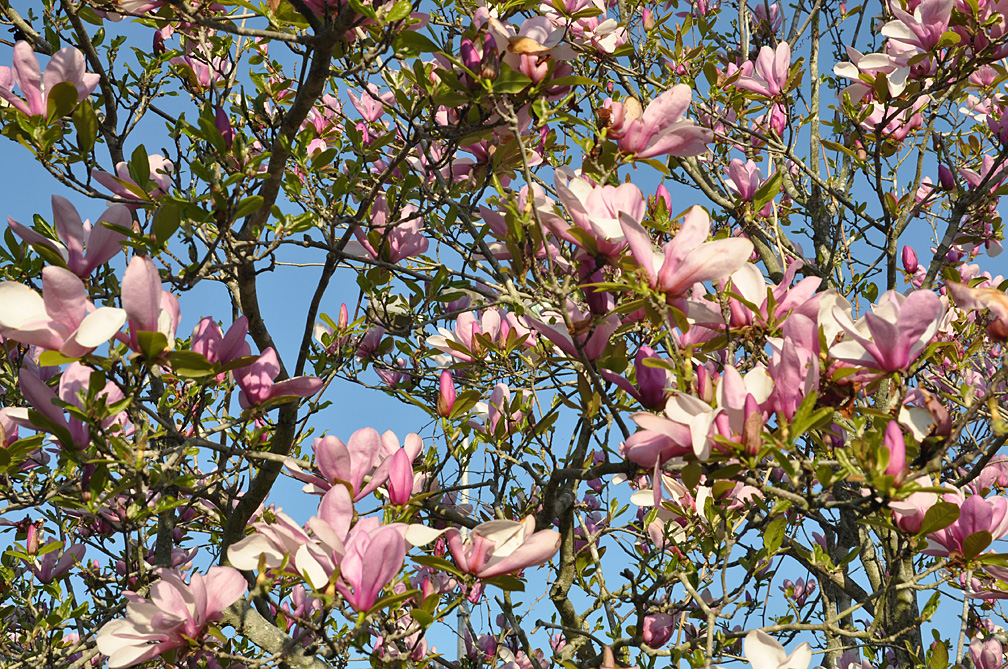 And two more from Jackson to close out this post.  Usually, it’s Gripper that barks at statues.  The other dogs seem to know instantly when something is real or not.  But Grip obsesses about it til we’re gone.  She’s even gone into barking fits over advertisements with people on them (billboards, buses).  Nik is usually only freaked out about men in uniform or men carrying big things.  But this thing sent him over the edge: 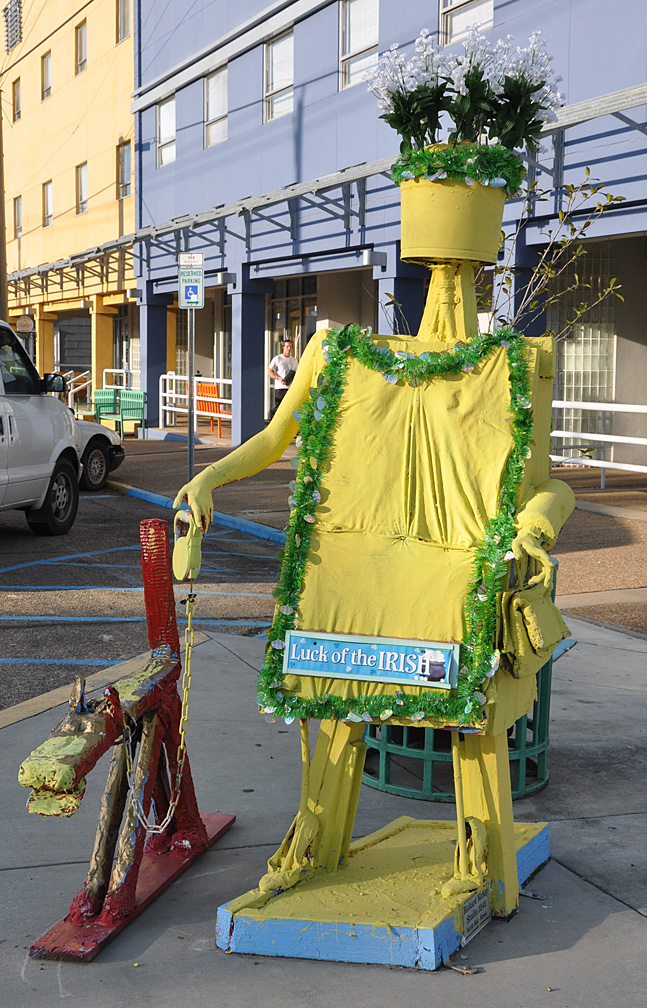 And this one sort of sent me over the edge.  This Obama head (right?) is about six feet tall and in front of an art studio / gallery. 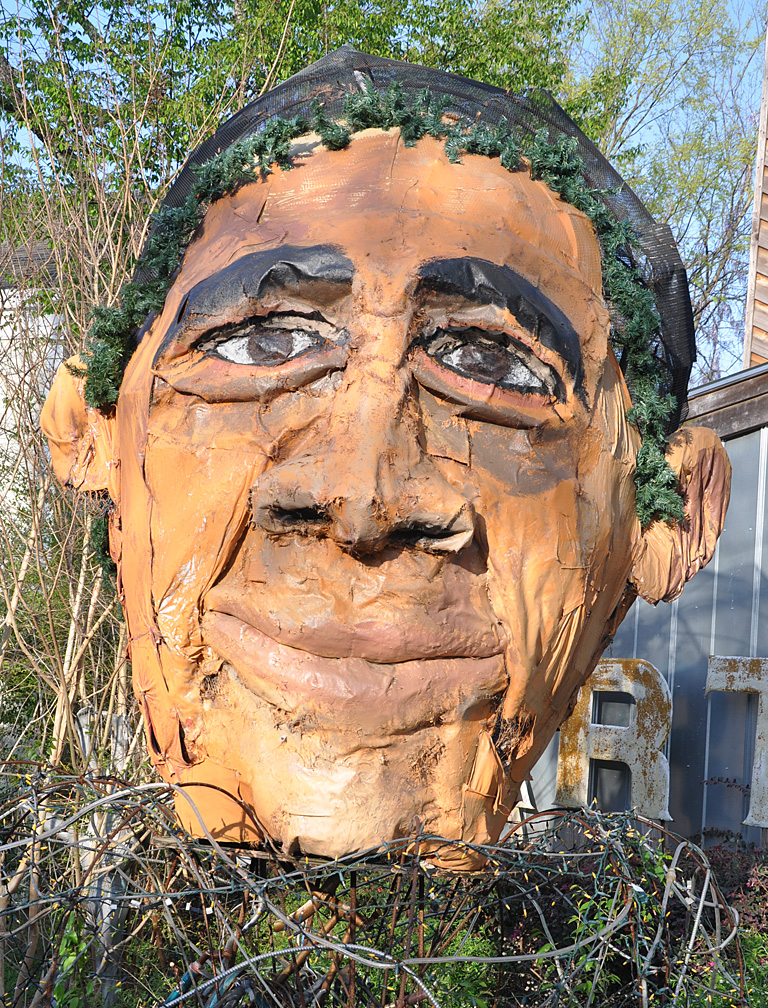