About half the day was spent wrapping up NW AL. Vast distances between shots and a late start. The rain was pouring and the sky was pitch black for at least the first couple hours when the sun should have been out. The weather continued to be mixed — rain with brief periods of sun. I hear tomorrow should be way better which is great since I have tons of stuff planned in the Memphis area.

This afternoon, during a sunny break, I found a big field for the dogs to cut loose in. There were some big hay bales and I thought I’d get you a group shot. I got Fixie and Grem up there and Nik and Grip were about to join them. Just as I was hoisting Grip up, Fix and Grem hopped down. Which was very unusual. I quickly saw why: ants. Thousands of them. Poor Fixie ran immediately off to the van which always has the big door open. She wasn’t coming back out for nothing. Licked at her feet for almost an hour afterwards and kept shooting me those “When are we going HOME?” looks. Grem must’ve been bitten just as badly but she’s not one to dwell on such things. Never licked at her feet — much more important things to focus on. I found out later that these were fire ants. And upon Googling now, I guess I should’ve been far more concerned: “Fire ants may cause serious allergic reactions and anaphylactic shock. Watch for excessive swelling, hives, trouble breathing, fast breathing, weakness, pale gums, vomiting, diarrhea and collapse.” Other sources say the bites can even result in death. Jeez. Fixie seems perfectly fine now but she’s probably going to be a bit reluctant about the next family portrait.

This photo gives you an idea of how my day began. I always shoot neon flame signs — even modern ones.  I believe this was in Muscle Shoals, AL: 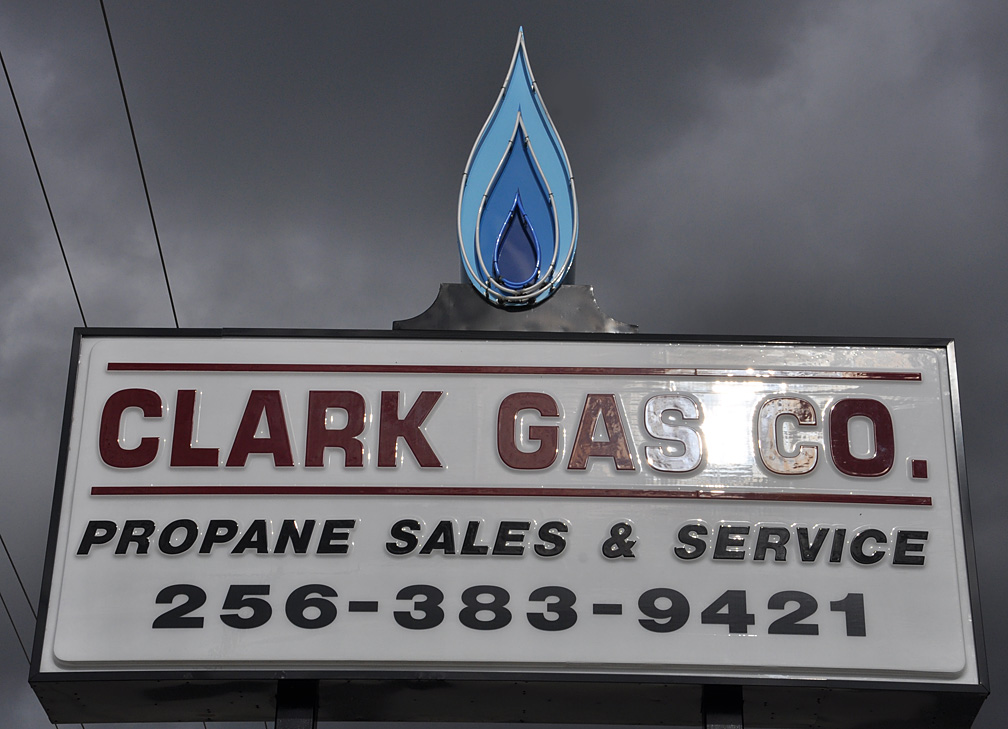 This guy was definitely in Muscle Shoals.  I think he might be one of these guys — but missing his lower body:
http://www.flickr.com/photos/agilitynut/2311088057/ 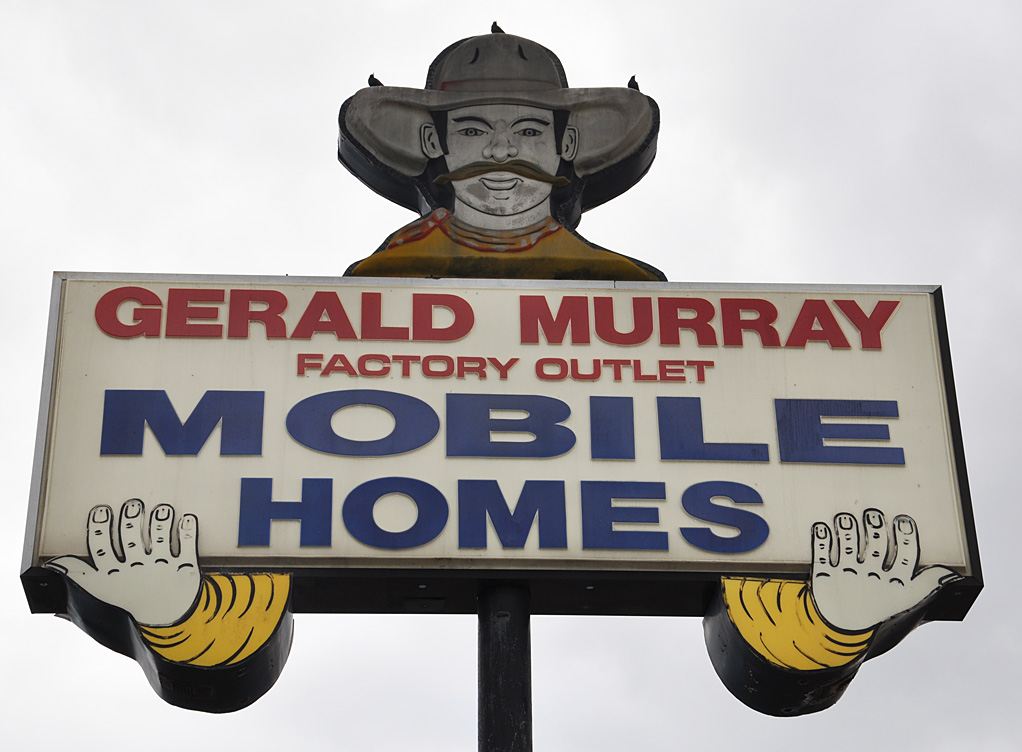 Another Muscle Shoals stop.  My first true donut stop of the trip (the modern Krispy Kreme place the other day didn’t count).  I got three donuts.  And they are gone.  I do share them with four dogs though!  May I recommend the maple frosted with pecans.  They have four fillings which you can choose from and they fill your donut to order.  Also you can choose between peanuts or pecans as your topping. 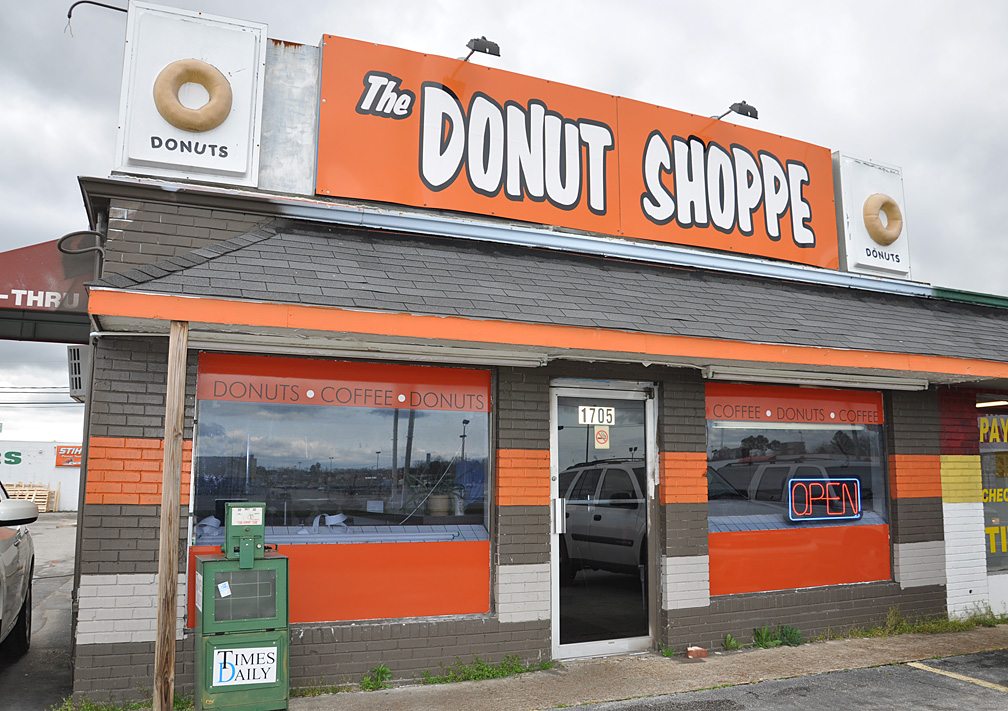 I don’t know what the deal is with this sign in Florence, AL.  There was no Pepsi plant nearby but there was a sign shop so I suspect it’s theirs.  This thing is huge and revolves.  It’s on an enormous pole and impossible to miss: 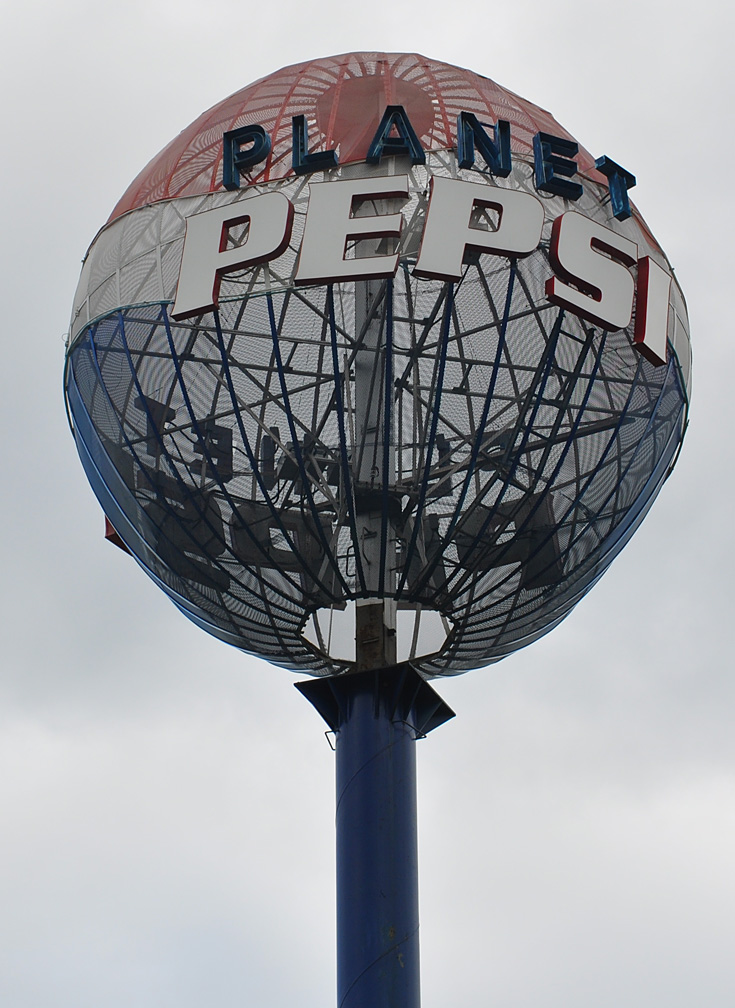 Trowbridge’s Ice Cream Bar is in downtown Florence.  It’s been there since 1918.  Not open on a Sunday morning but I shot through the glass for you:
http://www.yelp.com/biz/trowbridges-ice-cream-and-sandwich-bar-florence

This sign is on North Wood Avenue in Florence — hence the cute faux wooden plank for the sign:

This sign is from Russellville, AL.  Looks like a reworked oldie to me – or, more likely, a nicely done replica: 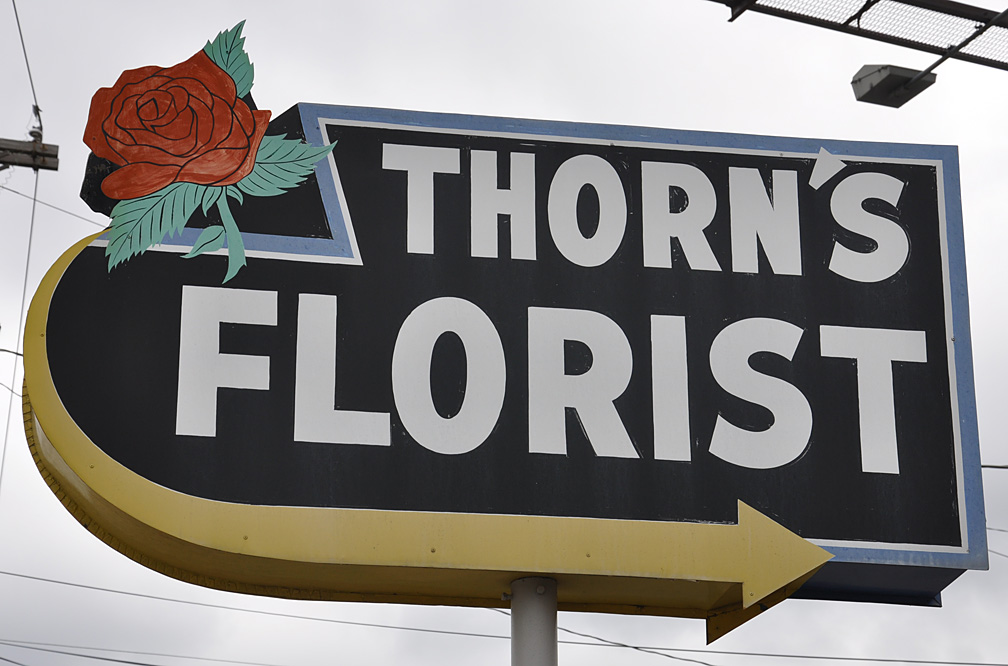 The King Drive-in is also in Russellville:
http://en.wikipedia.org/wiki/King_Drive-In

Another drive-in from Alabama — the Blue Moon Drive-in is in Gu-Win (between Guin and Winfield).  I’ve seen other old screen towers with living quarters and offices — even one with retail space — built into the lower backside.  But this one takes the prize for multiple units: 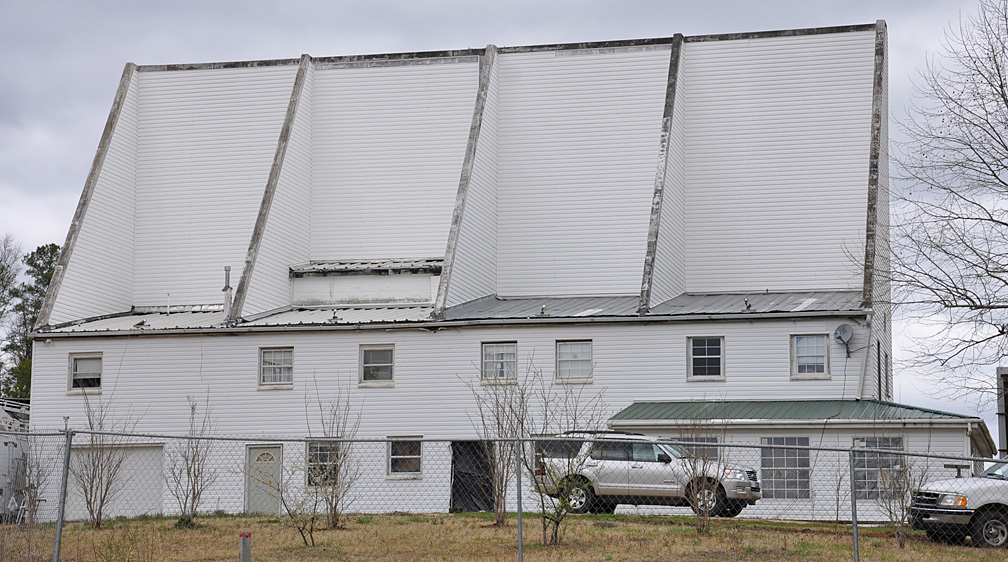 Last stop in AL was in Northport where I encountered this giant hammer sign: 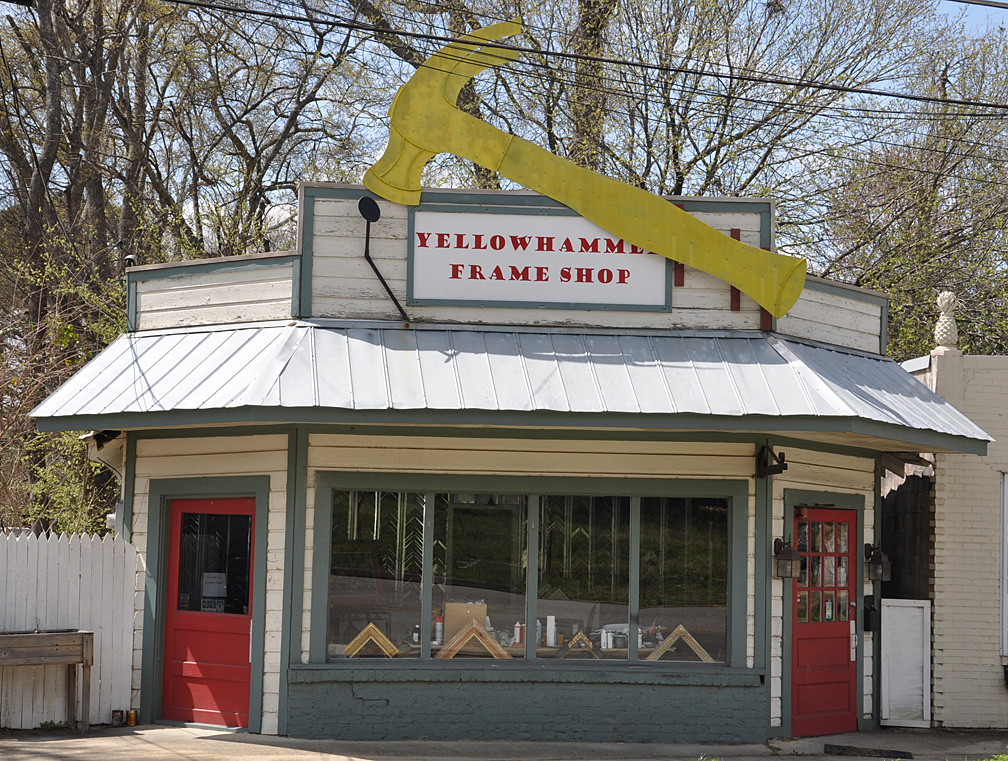 There were several stops in MS but it was all “meat” (website-worthy) and no “potatoes” (blog material).  But I’m sure I’ll have lots of TN & MS stuff for you tomorrow.