My mornings are spent with my dogs in Prospect Park which is just a block from my apartment. Dogs are allowed off-leash before 9am so I drag myself out of bed after 4 hours sleep to get us there every day. Dogs are only allowed off-leash in the “meadow” but that area is huge, absolutely HUGE. I don’t know how many acres it is but it’s more than any dog park I’ve been to anywhere in the country. It’s not fenced so you do want to train a recall and carry tasty morsels with you.  The roads are pretty far away so there should be enough to keep your dogs busy and safe.   There’s also a great local organization, FIDO Brooklyn, that organizes monthly Coffee Barks, an annual Bark the Herald Angels event, seminars and helps reunite lost dogs with their owners.
http://fidobrooklyn.com/ 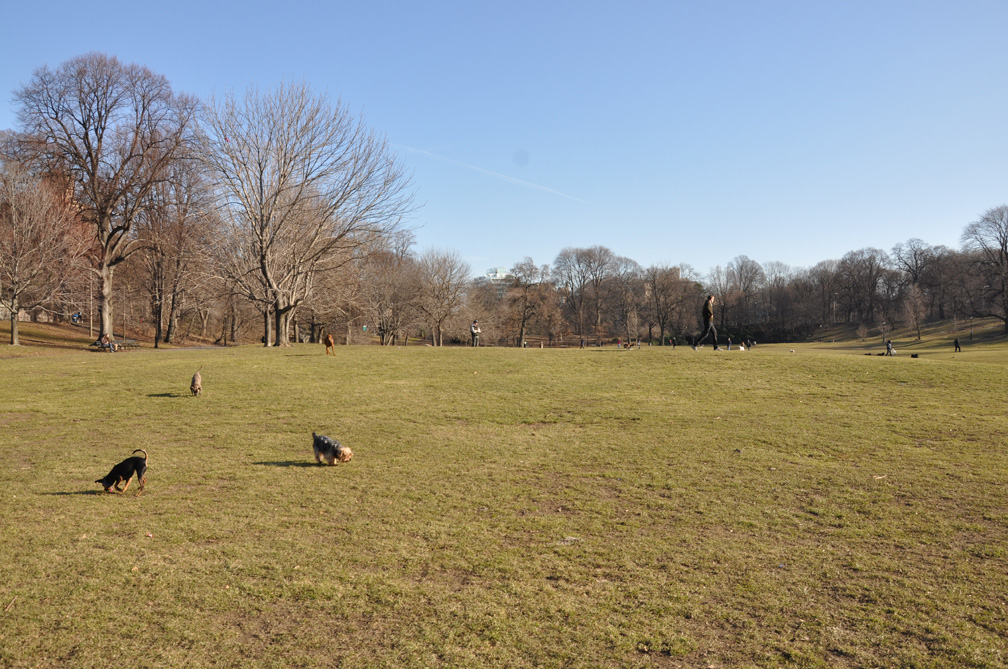 All this looked completely different until a few days ago.  We got a ton of snow this winter and it was nothing but white and icy for months.  Suddenly, we have 40 and 50 degrees days.  The trees have no signs of buds yet.  I should also say that this was a weekday morning.  On the weekends, there are maybe five times as many dogs and people.

The sudden appearance of grass and dirt means the ground is now fascinating to the dogs.  Here are the butts of my pack of four in the foreground:

And Grem finding something stinky enough to merit rolling in: 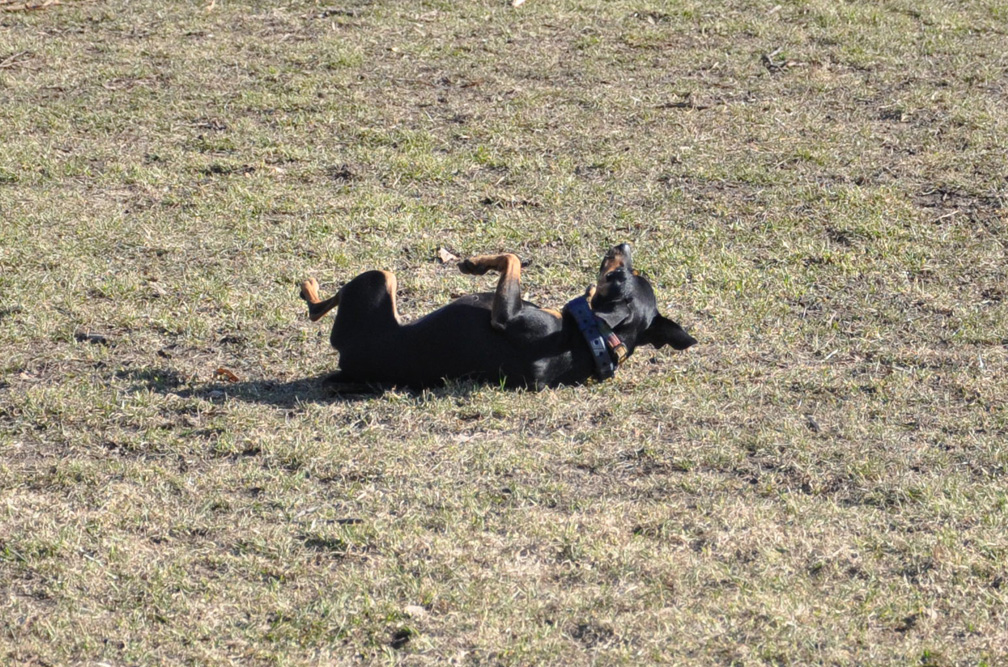 A Corgi enjoying a mudbath: 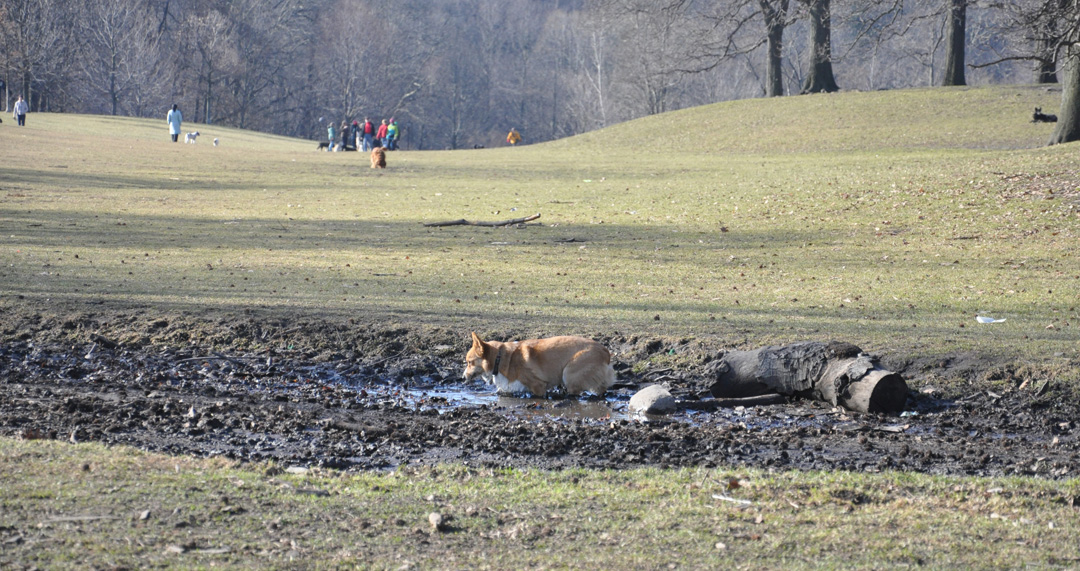 I took a bunch of photos of my dogs running after balls and bringing them back.  But I believe I’ve posted a number of those already at this blog.   So I’ll spare you those and just include a nice group shot.  If you’re not familiar with the cast, left to right is “Grip” (Gripper), “Nik” (Sputnik), “Grem” (Gremlin), and “Fix” (Fix).  You’ll be seeing a lot of them here I’m sure on the upcoming trip (leaving Saturday). 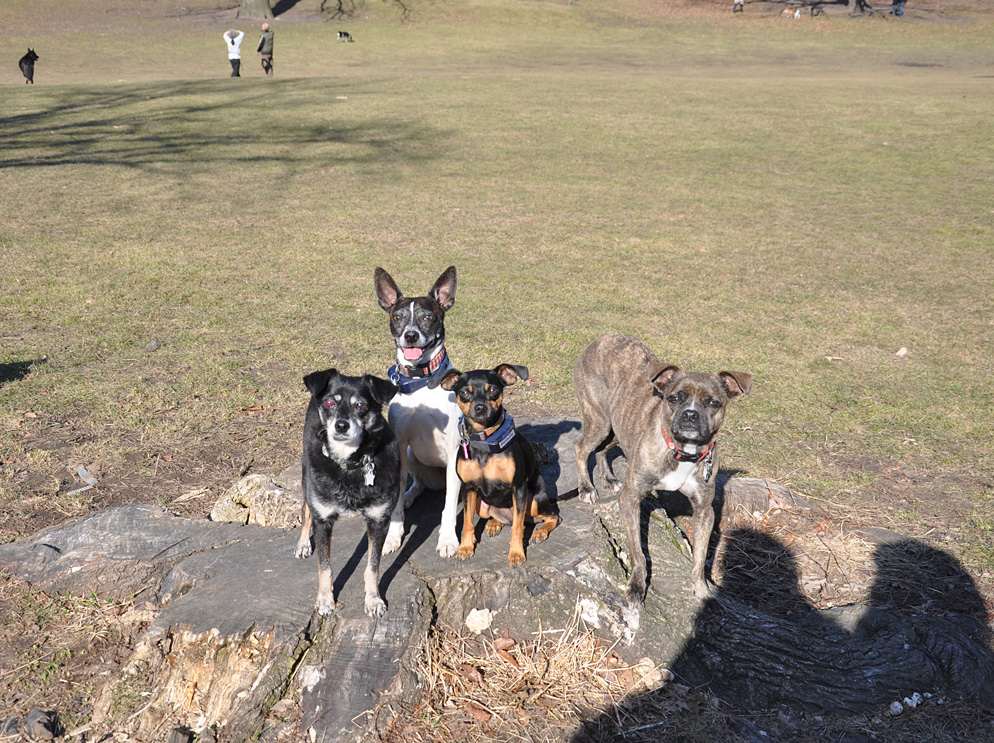 Here a couple of my good chums from the park:  Glenn & Habibi and Douglas & Chi Chi:

People that get up at 7am every day to take their dogs to the park are a special “breed” themselves.

The Prospect Park dogs are an even mix of mutts and purebreeds, all sizes and shapes, and 99.9% well-mannered.   I’m pleased to report that there are a lot of rescue dogs from shelters.  Here are some charming park regulars: 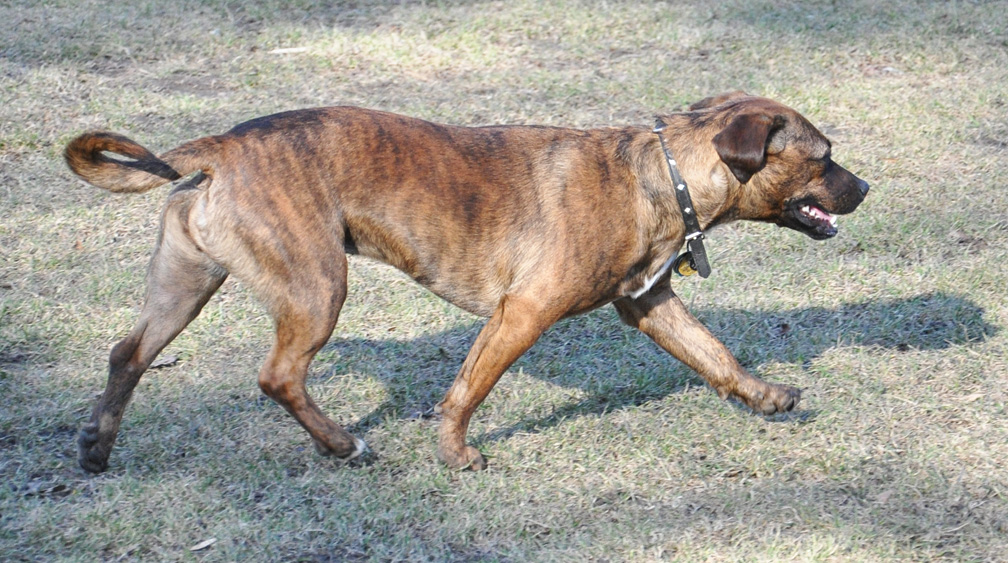 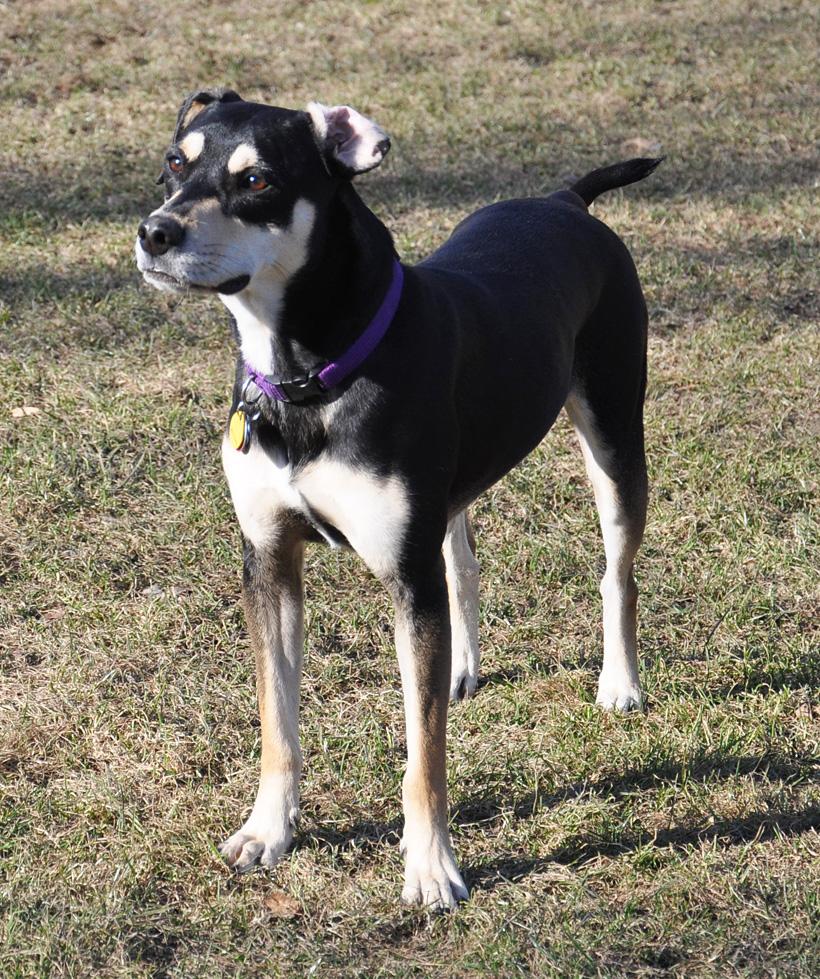 While many owners are off at their day jobs, they pay dogwalkers to bring the dogs to the park.  Most of the dogs lounge on this hill in an enormous pack.

OK, shall we move on out of the park for some buildings on the short walk home?  Park Slope, my ‘hood, is part of “Brownstone Brooklyn” which is usually defined as an area that runs from the park to Brooklyn Heights (the closest neighborhood to Manhattan).  Most of the residential buildings in the landmarked areas are from the late 1800s.  Not really my era – I prefer 1920s onward and especially 1950s-1970s – but I’d have to be heartless not to think these buildings were stunning.  The craftsmanship and variety is incredible.  Here’s a little strip of repetitively gorgeous limestones:

And some details from other buildings:

There among all the architectural splendor is this anomaly:  the Pink House.  The owner painted it pink back in 1968 when there were no landmark laws against such things.   There has been some talk of the owner, who is in his 90s, selling the place.  In which case, the building would most likely be repainted.  A house this size in Park Slope goes for about $2 million.

This old fire call box is right across the street from my building so I have great personal attachment to it.  I believe it’s cast iron and probably from the late 1800s.  There’s a modern-looking metal fire alarm device on the other side of it so I think it’s still functional.

A block away from me is this thing which I call the “freaky tree”.  The bronze sculpture is actually called the “Tree of Hands” and is composed of two trees that wind around each other.  The bronze hands convey some sort of message in sign language.  I don’t know what they say but it’s probably some groovy peace & love sort of thing.  Nevertheless, it scares me. 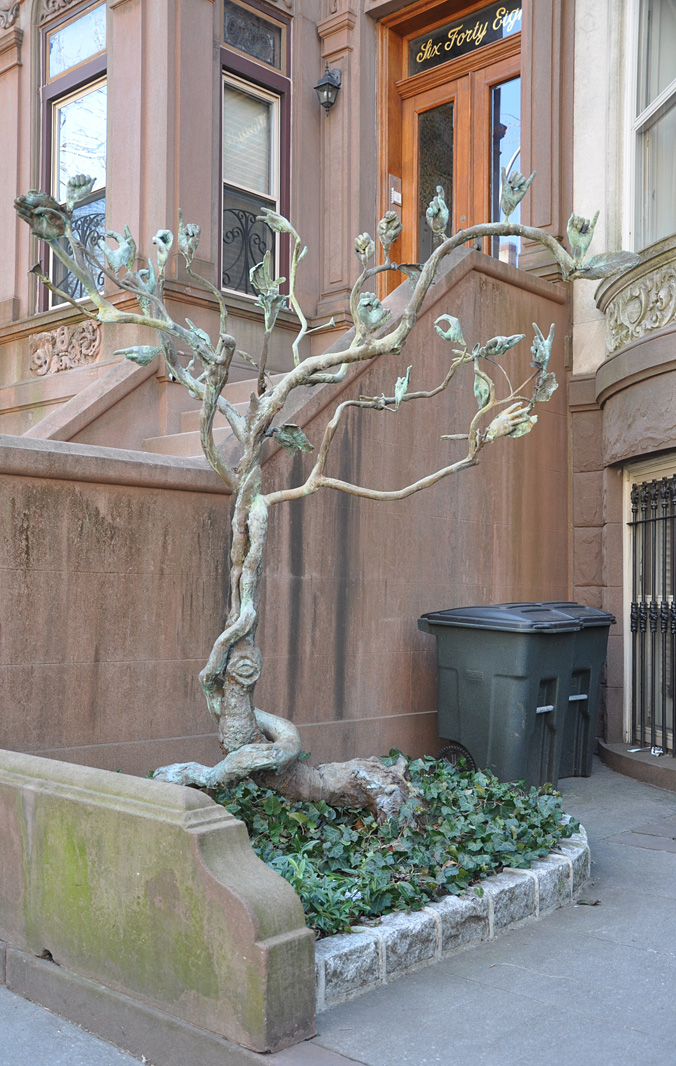