I was very naughty and squeezed in one more day of picture-taking when I really should’ve been heading home. The sun was out and I couldn’t help myself. A quick check on-line later showed that I had about an 18 hour drive ahead of me from FL. Uh oh – not a fun prospect. Hence, the delay in posting this while I was on the interstate and then collapsed into bed. I took a bunch of naps on the way and arrived home around midnight. Here are some highlights from the last day.

The Bambi Motel is one of several fun ones still left on old Highway 441 in Gainesville.  The repetition of the name and holes in the plastic lead me to believe this was something else originally. 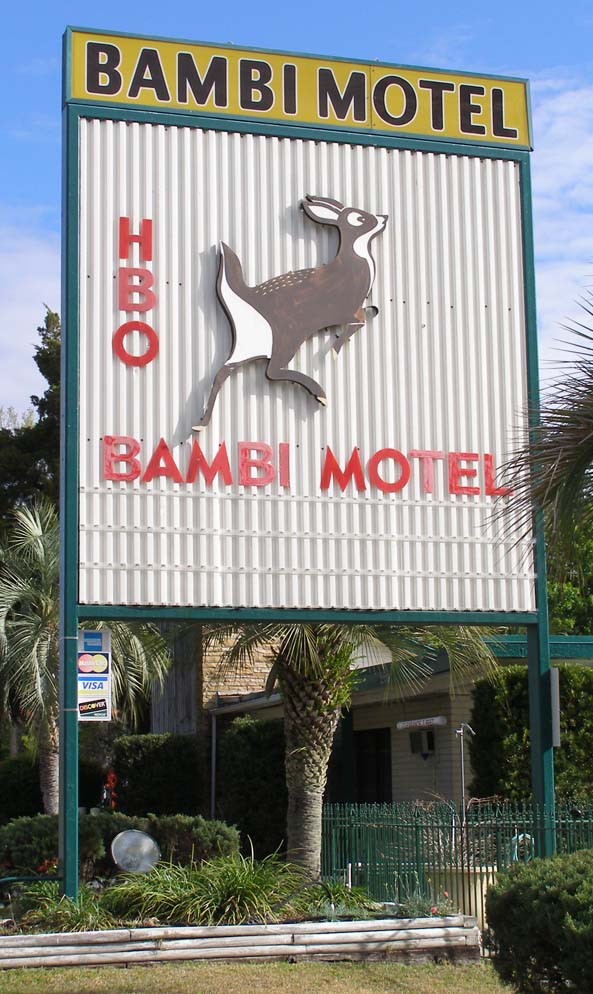 In Starke, I hit another great roadside stand: Kings Kountry Produce. I had to buy a small carton of strawberries which were growing right there in the fields. Also, picked up some of the Sweet Taters, as advertised, which I’ll bake up this weekend. 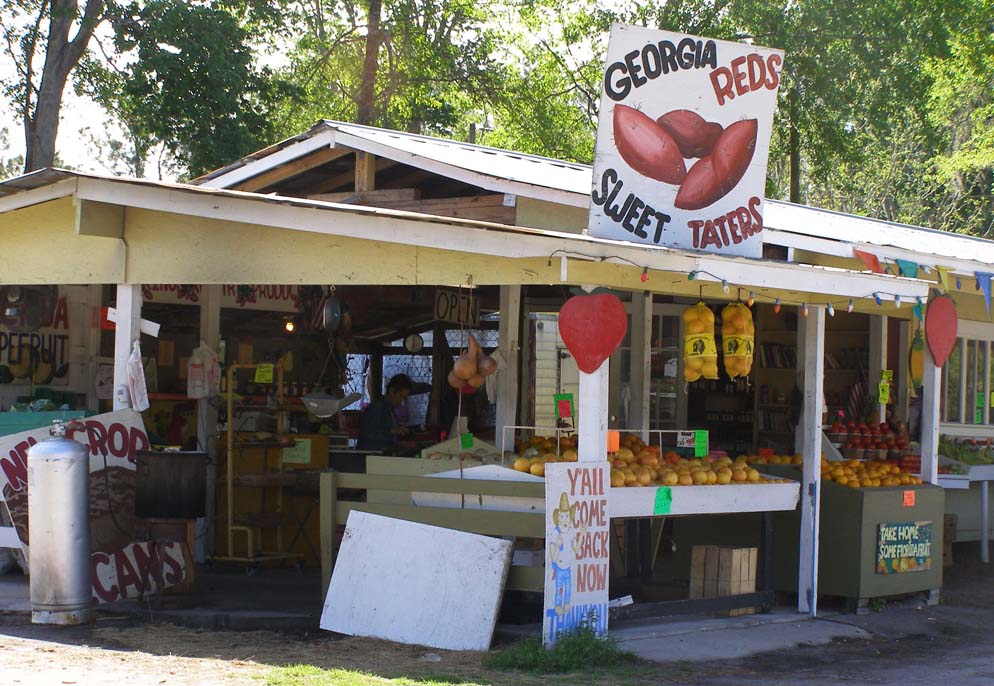 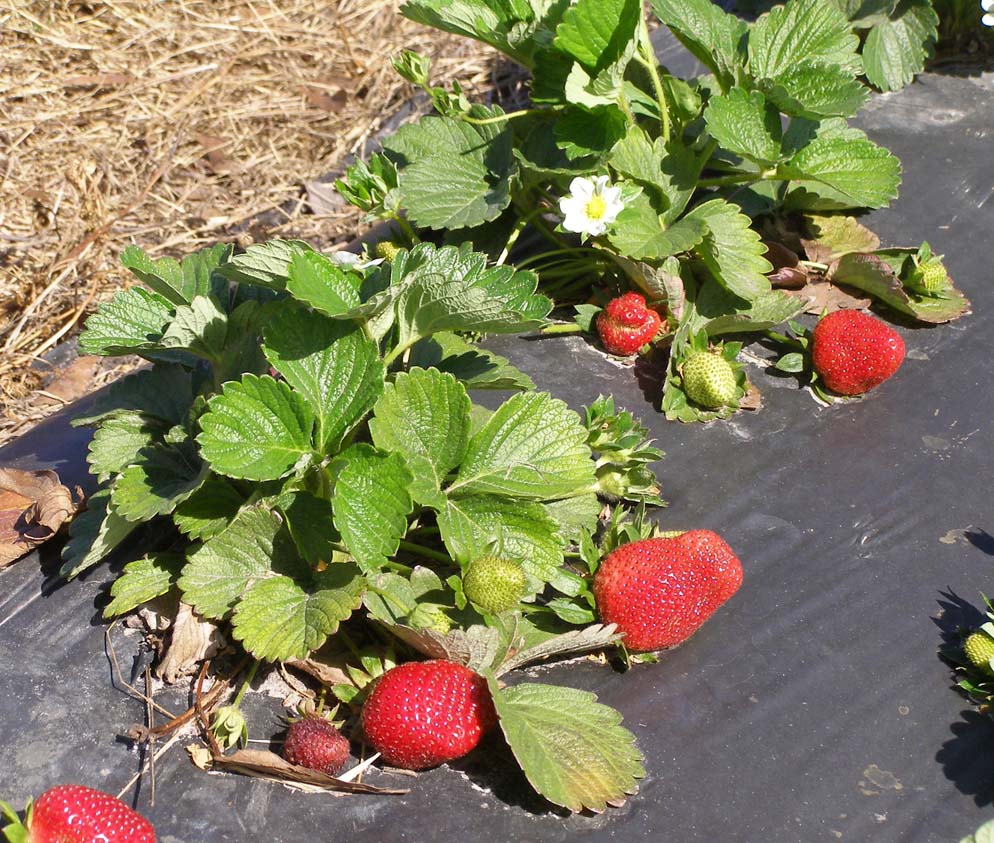 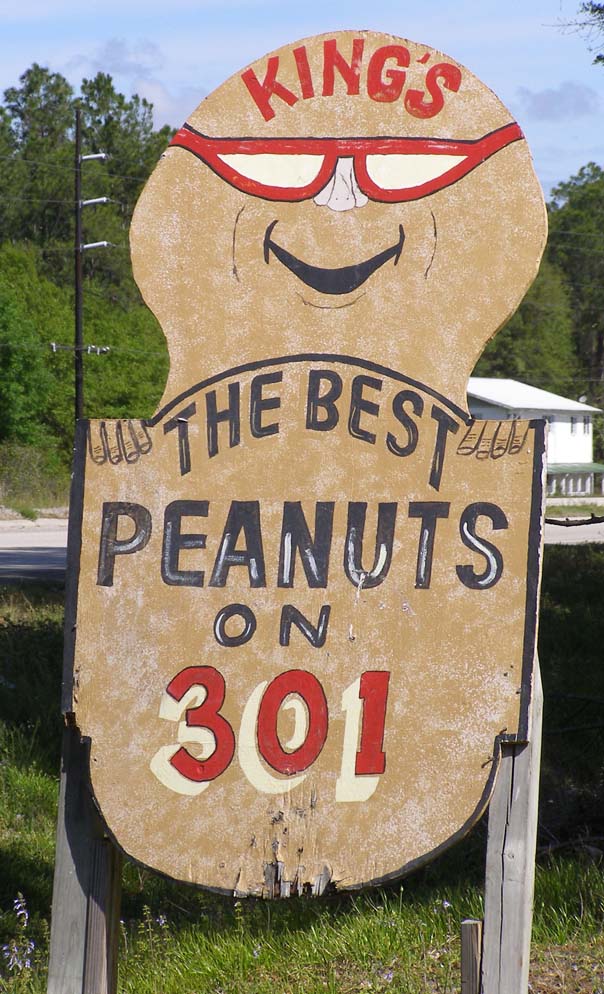 The Diplomat Motel is in Lake City, also on Highway 441. There was no text on the other side of this giant sign so I had to take this photo pretty much into the sun.  It didn’t come out as badly as I thought it would. 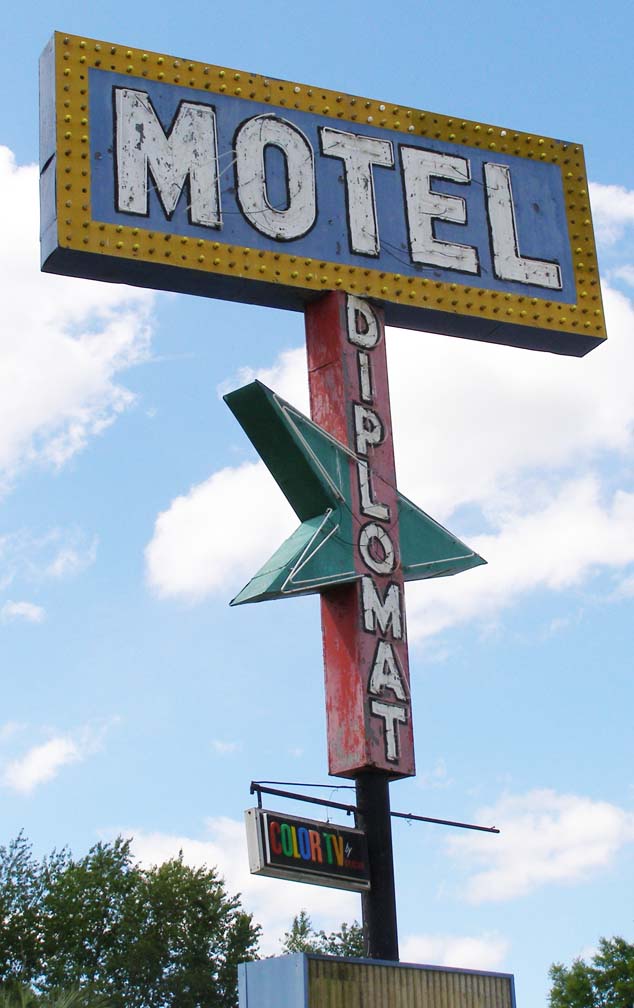 The former Sun N Sand Motel in Perry has been converted into, of all things, a strip mall. And by that I mean converted not “replaced with”. The office and rooms have been turned into mini shops. 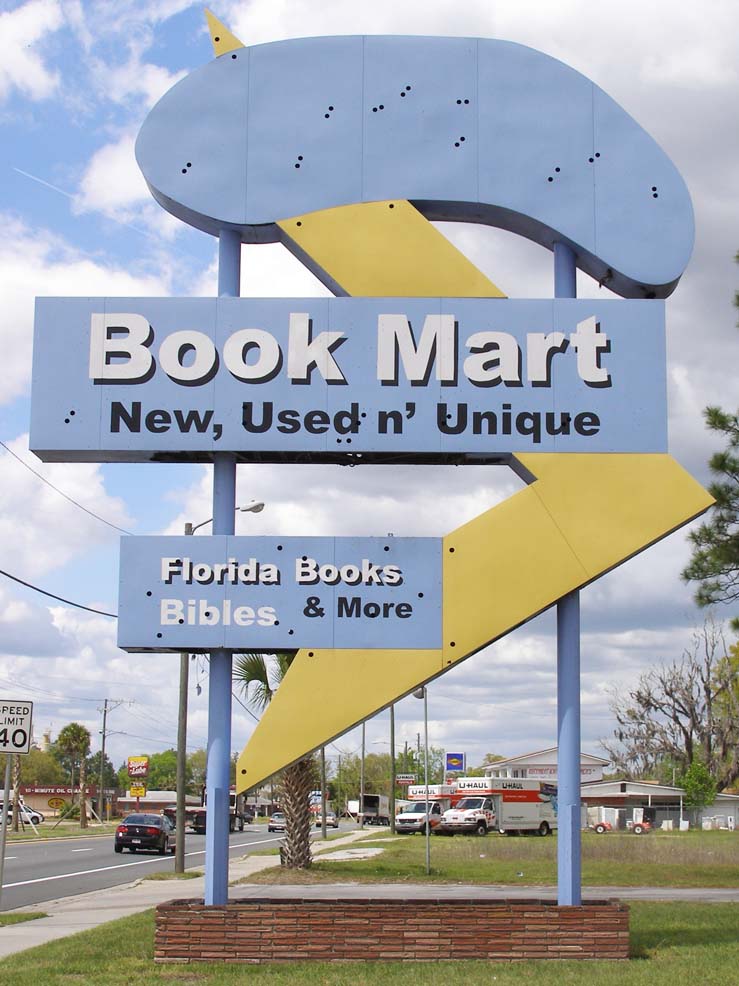 And here are another couple signs from Perry. These motels look like they are barely hanging on. 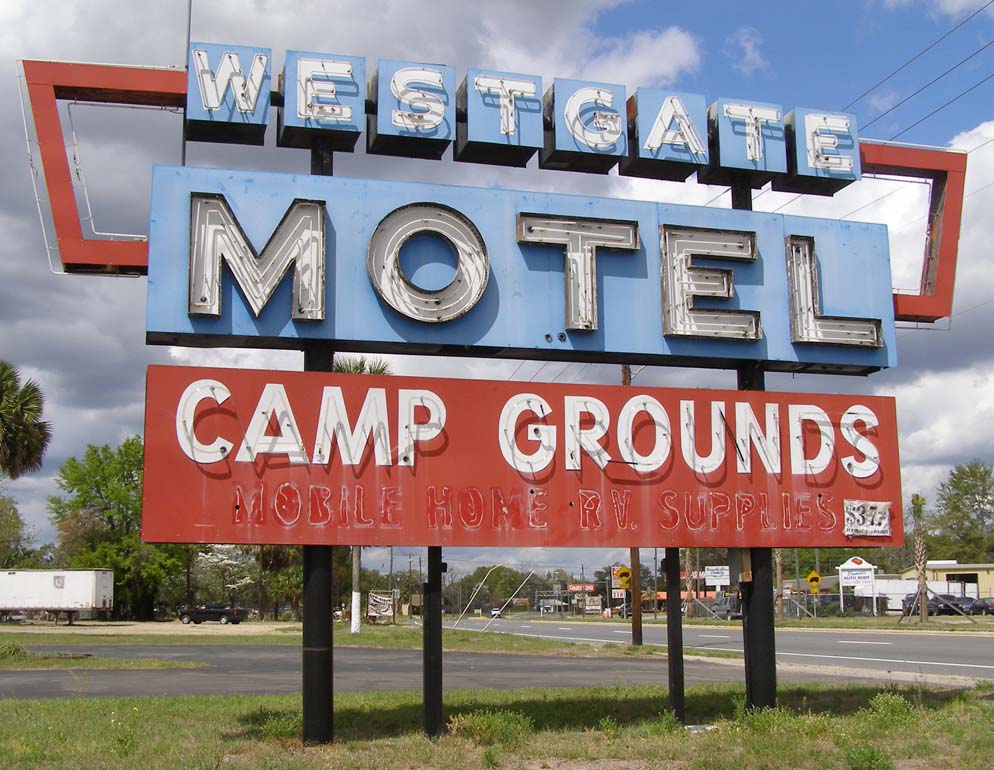 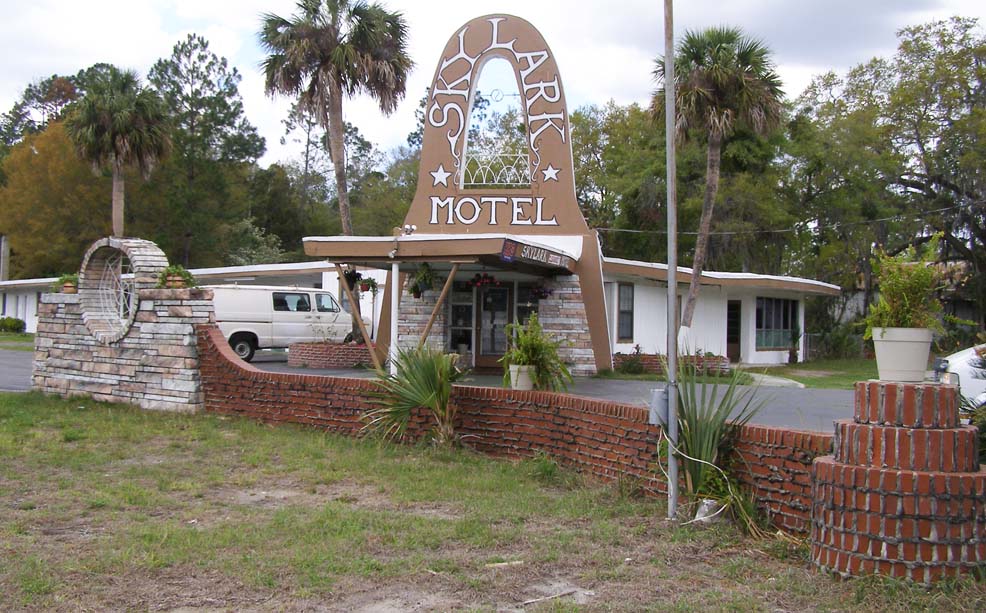 I had hoped to finish up my FL list for this trip.  It was disappointing enough that even though I had tacked on an additional three days, I wouldn’t have time for the LA, MS & other stuff I wanted to grab on the way home.  By the time I got to Panama City Beach though, the sun was already getting low on the horizon.  I had to choose between full-throttling it over to Fort Walton Beach or letting the dogs get one last beach run in.  The dogs won.  It was a good decision as they were so thrilled to be running around.  Although there is lots of new development going on in PCB and big signs that say “No Dogs”, I found a spot behind a hotel-in-progress where we could have a big sandy stretch all to ourselves.  I’ll finish up the FL stuff & the rest of the trip next March then.

Now that we’re back home, I’ll be busy for at least a couple months getting the approximately 2,000 photos inserted to the website.  The dogs are still contentedly zonked as evidenced by this photo of Grippie in one of the dogs’ favorite cushy beds.  Usually they are curled up in these things but here Grip has her ass in the air.  When you’re tired enough, I guess, position really doesn’t matter.  I hope they are all still dreaming of beaches, sunshine, strawberries, and exotic birds. 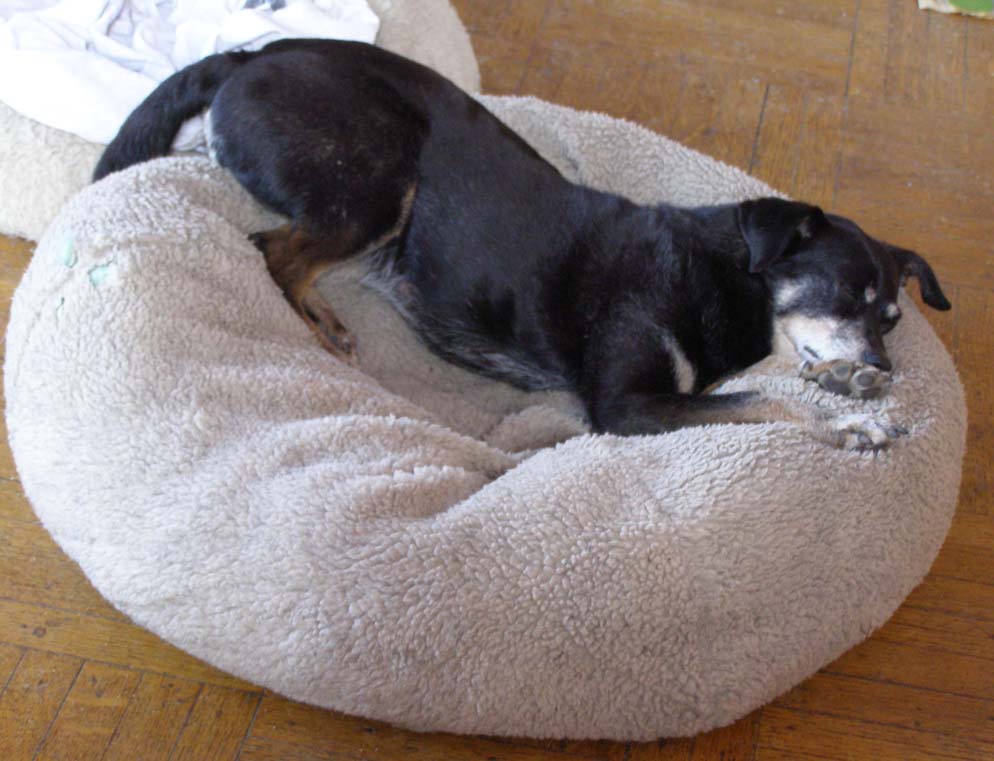 I hope you’ll come travel along with us again this summer when we’ll be doing a much bigger roadtrip to the Midwest (Ohio, Kansas, Missouri and more).

18 thoughts on “Day 18: Gainesville, FL to Panama City Beach, FL and then onward to NYC”