Today, I finished up some Dallas/Fort Worth and then it was south and east of there.  In the morning, I was noticing a little thunk that I thought I should check out.  I didn’t want to waste a lot of time.  I found a little Pep Boys, the smallest I’d ever seen, in Dallas and got serviced right away.  The mechanic told me that my sway bar was broken and that the bushings were rubbing (the sound that I was hearing).  The part was no longer available and would take at least three or four days to get. I was told that I would be “fine” for the rest of my trip.  Well, okay…  I paid the $22 for diagnosing the issue and then drove all day like a maniac.  I googled that night about sway bars and found it’s supposed to be dangerous and make steering difficult (at a minimum).  Oh, okay… with six days to go, I crossed my fingers and was extra alert.  I didn’t notice any difference in handling but I was mildly terrified that a wheel would just fly off or and axle would give (though the Dallas mechanic said it wouldn’t).  When I got home, my mechanic found a small crack.  He would replace the sway bar and getting the part would be no problem.

So, here’s the flip side of the final photo in Dallas that I posted yesterday.  I assume that this sign revolved so that you could read both sides.

Also in Dallas and located under a tree.  This is the best light you can get: 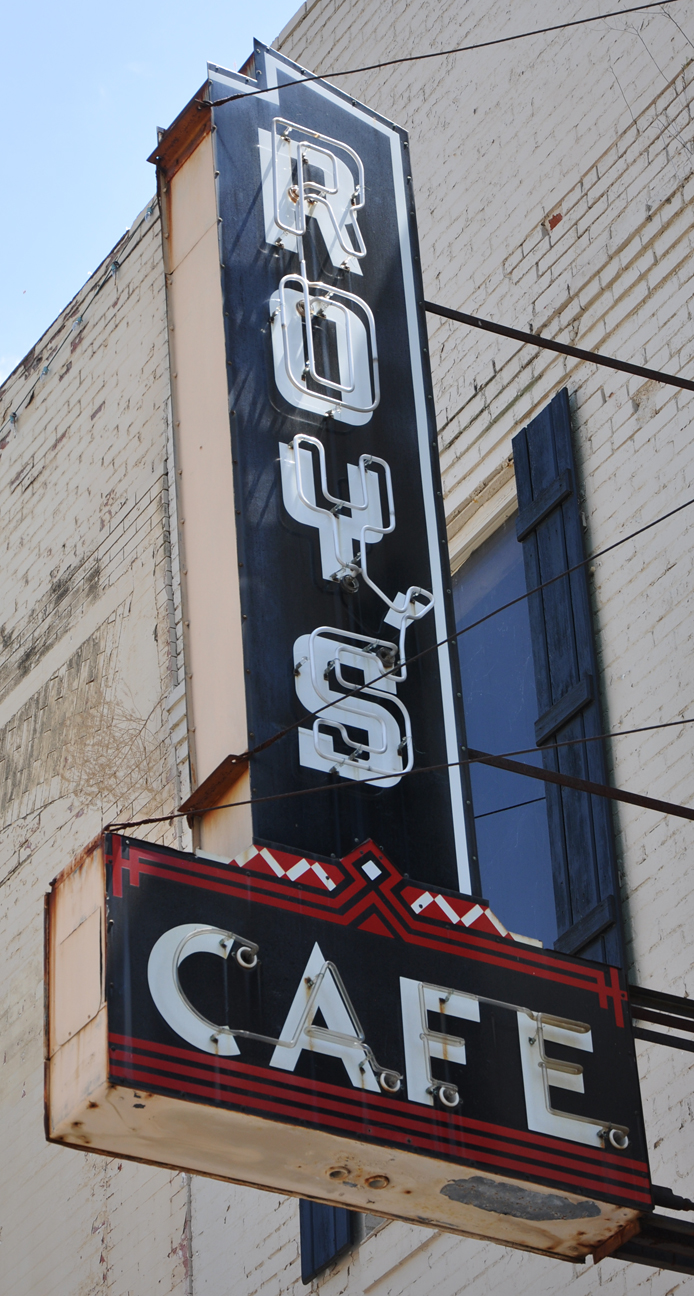 In Palestine, TX.  Whatever this was originally is hidden under the “L&L” shoe store panel:

This orphan sign is in Crockett.  I couldn’t find any info about what type of business was here originally:

Let’s closed with two signs from Nacogdoches.  This one was originally on the front of the building.  The business closed and an insurance company moved in.  This sign was saved and moved to the side of the building:

This one stands in front of the Nacogdoches Antiques Market which was previously BJ Farms, a produce market: