Picking up on the tragedies starting with…

The Townsman Motel in Independence, KS lost its neon:

By 2016, the letters had been replaced with backlit plastic:

Here’s a real heartbreaker.  These signs in Greenfield, MA are gone now:

This restaurant in Newton, MA closed around 2012.  The sign is gone now:

This milk bottle sign at the dairy building in Frederick, MD — gone: 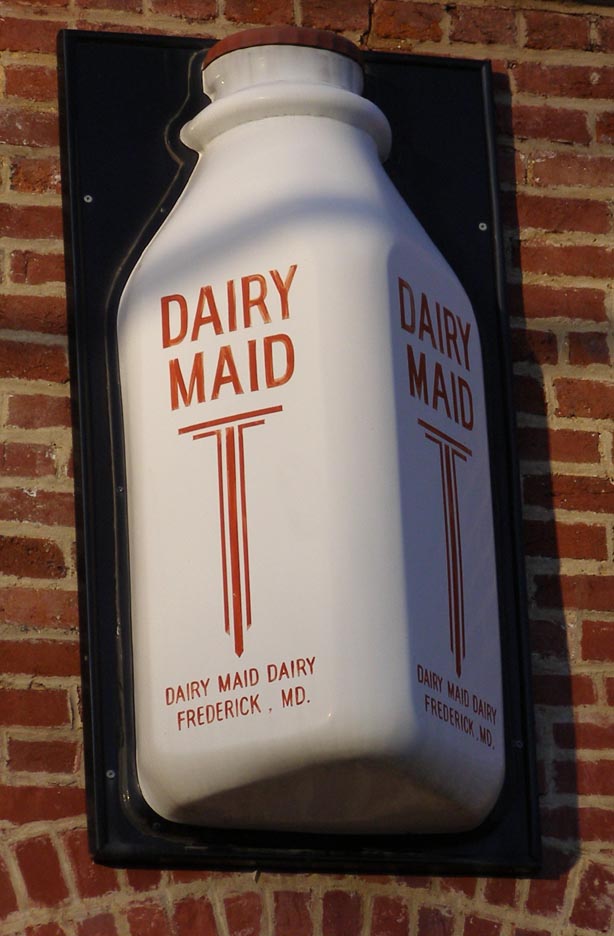 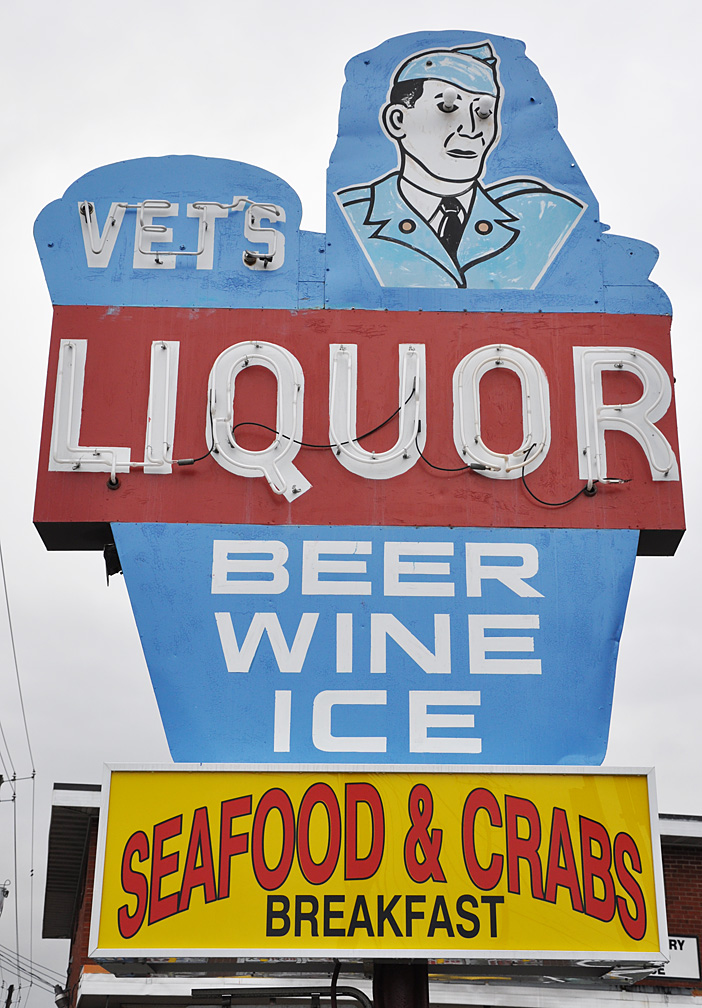 Then, sometime between 2015 and 2017, the neon was replaced with backlit plastic.  At least the guy’s lightbulb eyes are still there:

The Starlite Motor Inn in Old Orchard Beach, ME originally had a diving woman on the left as evidence in this 1984 photo by John Margolies:

It looked like this until 2016 when it was removed and replaced with an incredibly boring sign that doesn’t even deserve posting:

Another sign in Old Orchard Beach, ME that I didn’t get a chance to shoot:  The Marcotte Motor Court — gone now:

A double-whammy — both of these signs in Grand Rapids, MI were removed around 2017:

The Alpine Motel in Inkster, MI is still there but this sign was replaced with a backlit plastic box sign in 2017: 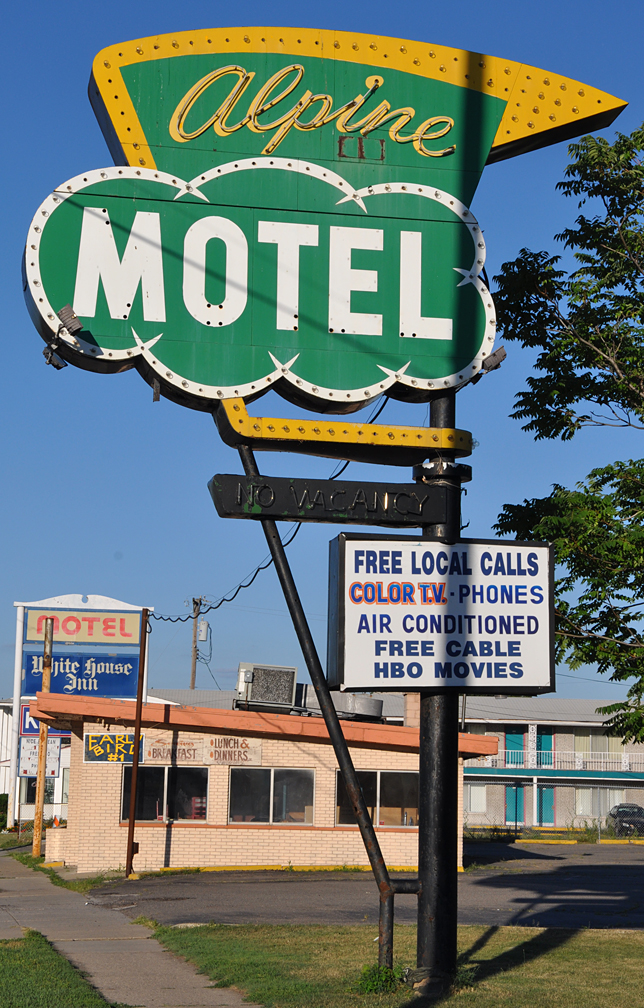 This sign in Plymouth, MI has to be fairly modern but I still loved it.  Functions as a mailbox holder: 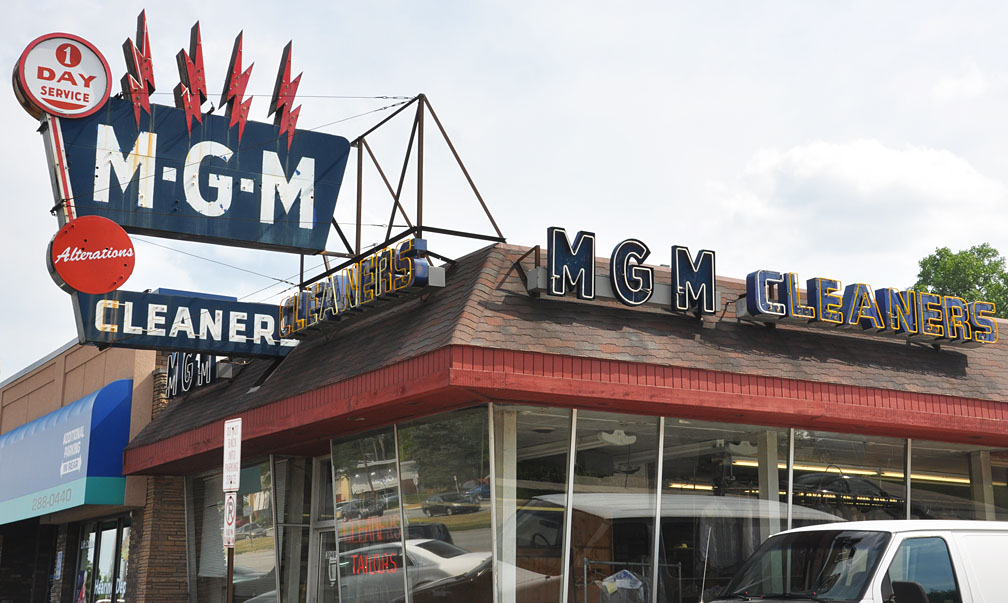 This sign in Sandusky, MI was a rare example of embossed porcelain letters.  Stunning even with the neon removed.  It was removed around 2016:

I was worried about this one in Saugatuck, MI since Google Street View showed only the hanging pole.  I hadn’t got around to shooting it.  I gave the restaurant a call since it was still open.  It seems they remove the sign when they close for the off-season to protect it and then reinstall it when they reopen.  God bless ’em! 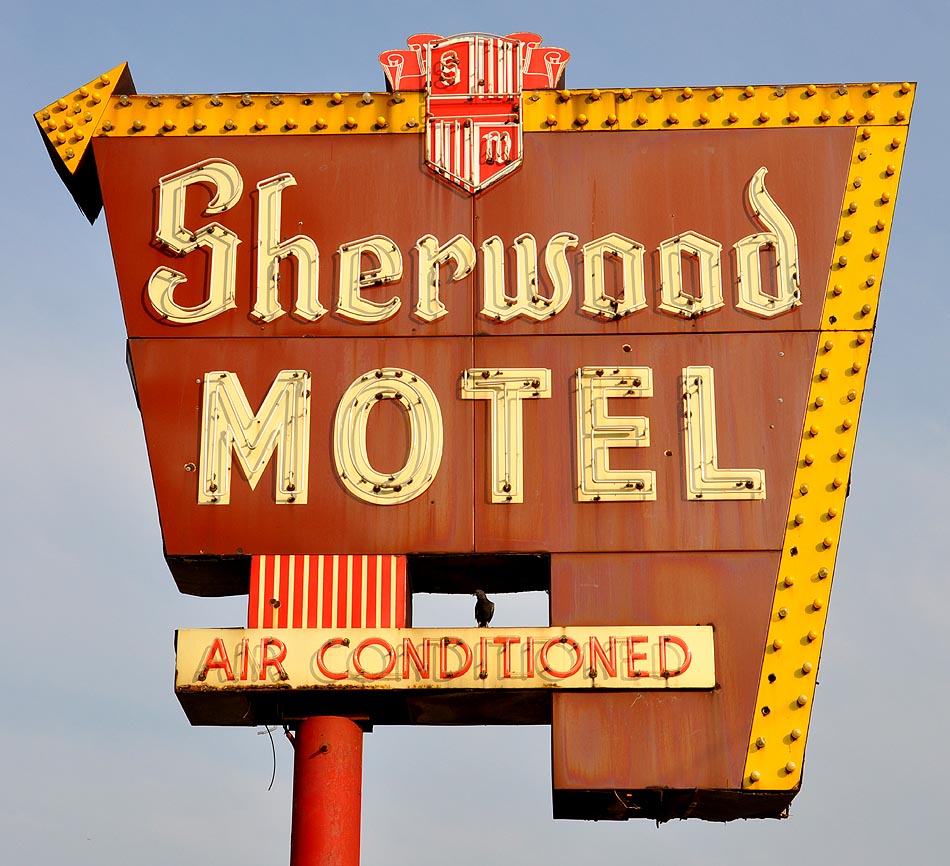 This sign in Wyandotte, MI had already been updated with the Yurkovich name at some point but it still had integrity:

Then, around 2017, the Yurkovich text was replaced with awful “Victory Motors” backlit plastic letters: 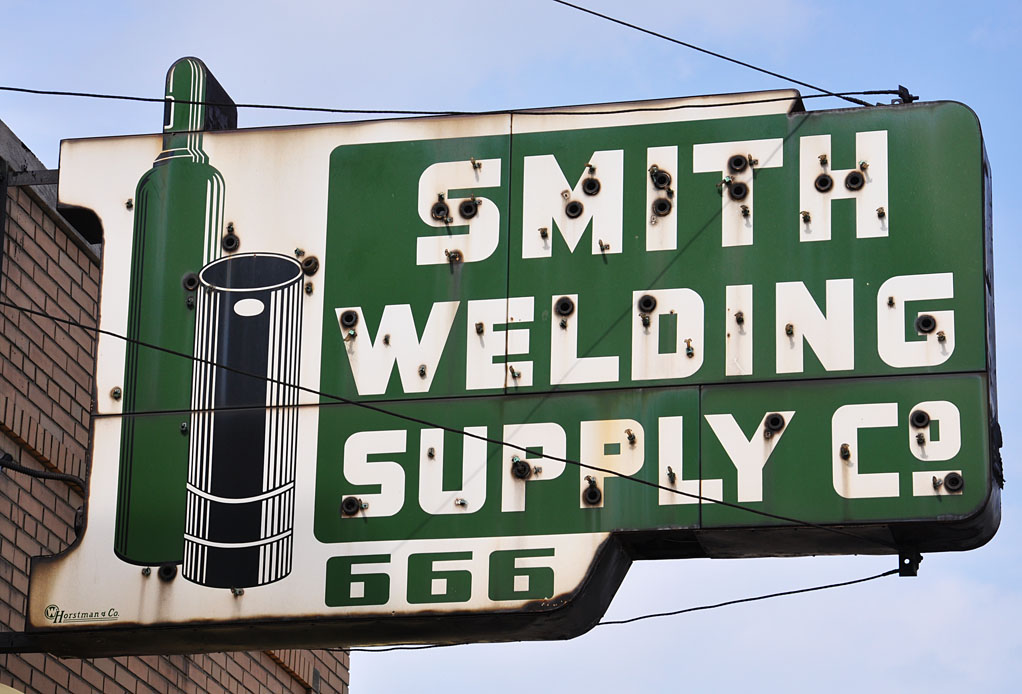 By 2016, it had inexplicably been painted grey and white:

That’s enough for one sitting.  The next post will resume with more “M”s (Minnesota, Missouri, etc.)