This might be the most packed post of the trip.  So, grab a beverage and find a nice big screen (heavens, not a phone!).

These Whiting Bros. gas stations signs in Moriarty were restored and relit in 2014.  This is the last Whiting Bros. station still in operation: 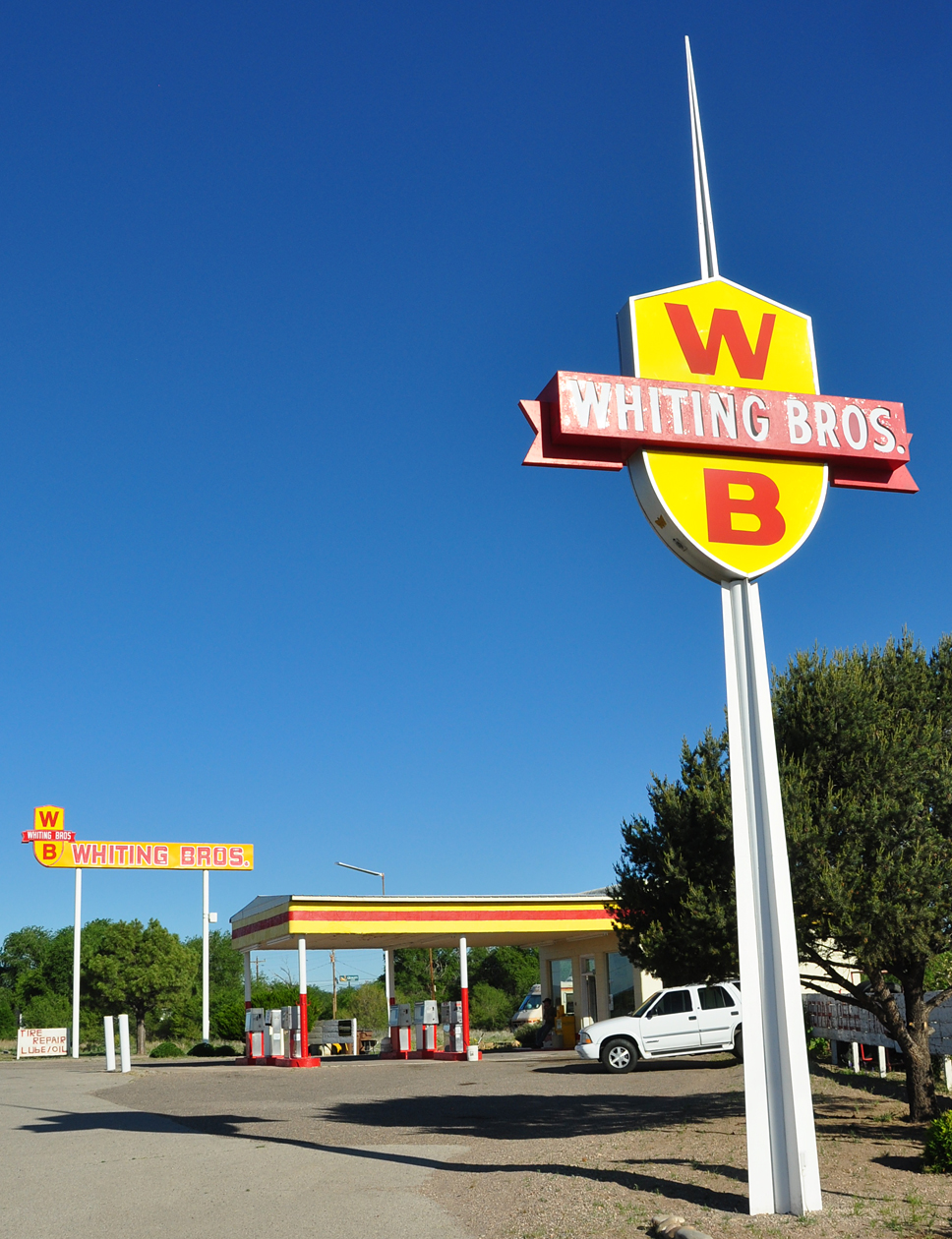 Moving on to Albuquerque.  The motel is now very cleaned up, nice looking apartments.  I’m glad they didn’t mess with the sign:

The Town Lodge was the Minton Lodge in the 1950s.  I wish I could find a postcard showing what the sign looked like then:

I love the plastic roof and lantern: 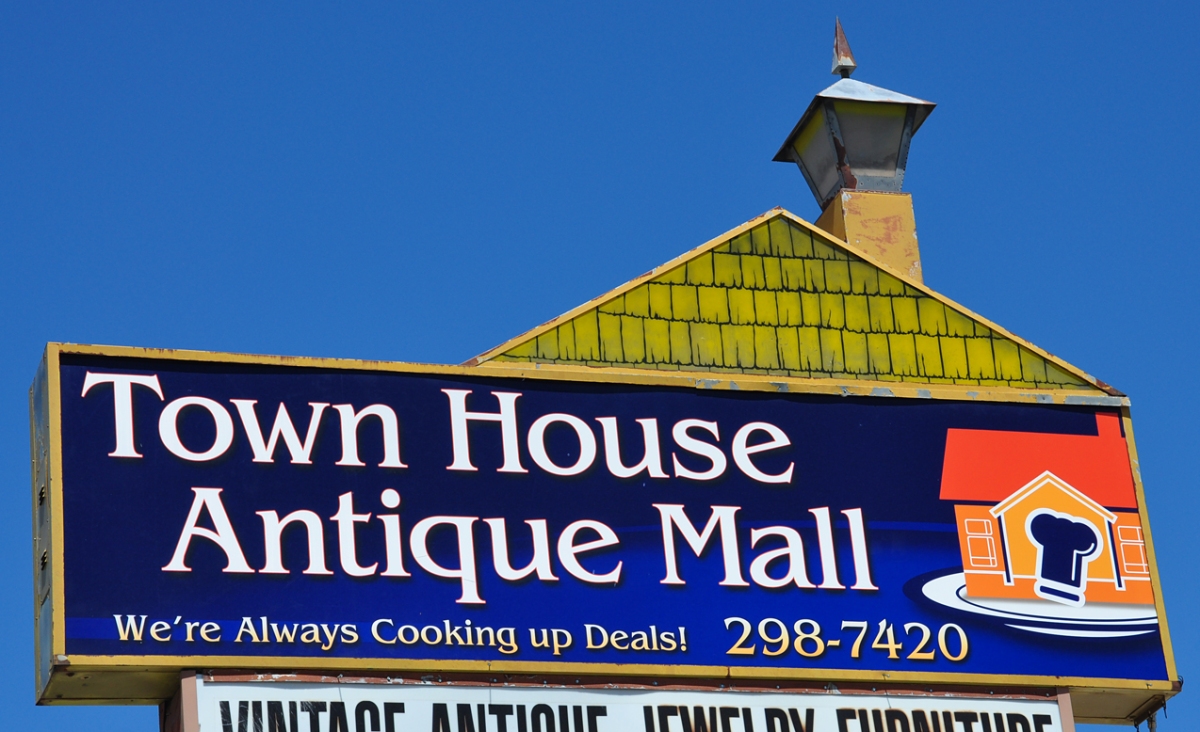 A fun mid-century modern building with a curvy roof, major rocks, and raised diamond brickwork around the back.  According to property records, it’s from 1965 but I don’t know the original use:

I wonder what’s under that siding of the Carlisle Plaza Mobile Home Park sign:

The Range Cafe has this diving woman sign.  The owner swears it’s vintage.  But I’ve been told by others that it’s not.  I examined it up close and I’m still not convinced either way.  Folks like Todd Sanders have gotten so good at mimicking vintage signs, complete with faux patina repurposed panels and cans.  Well, it’s a great sign either way: 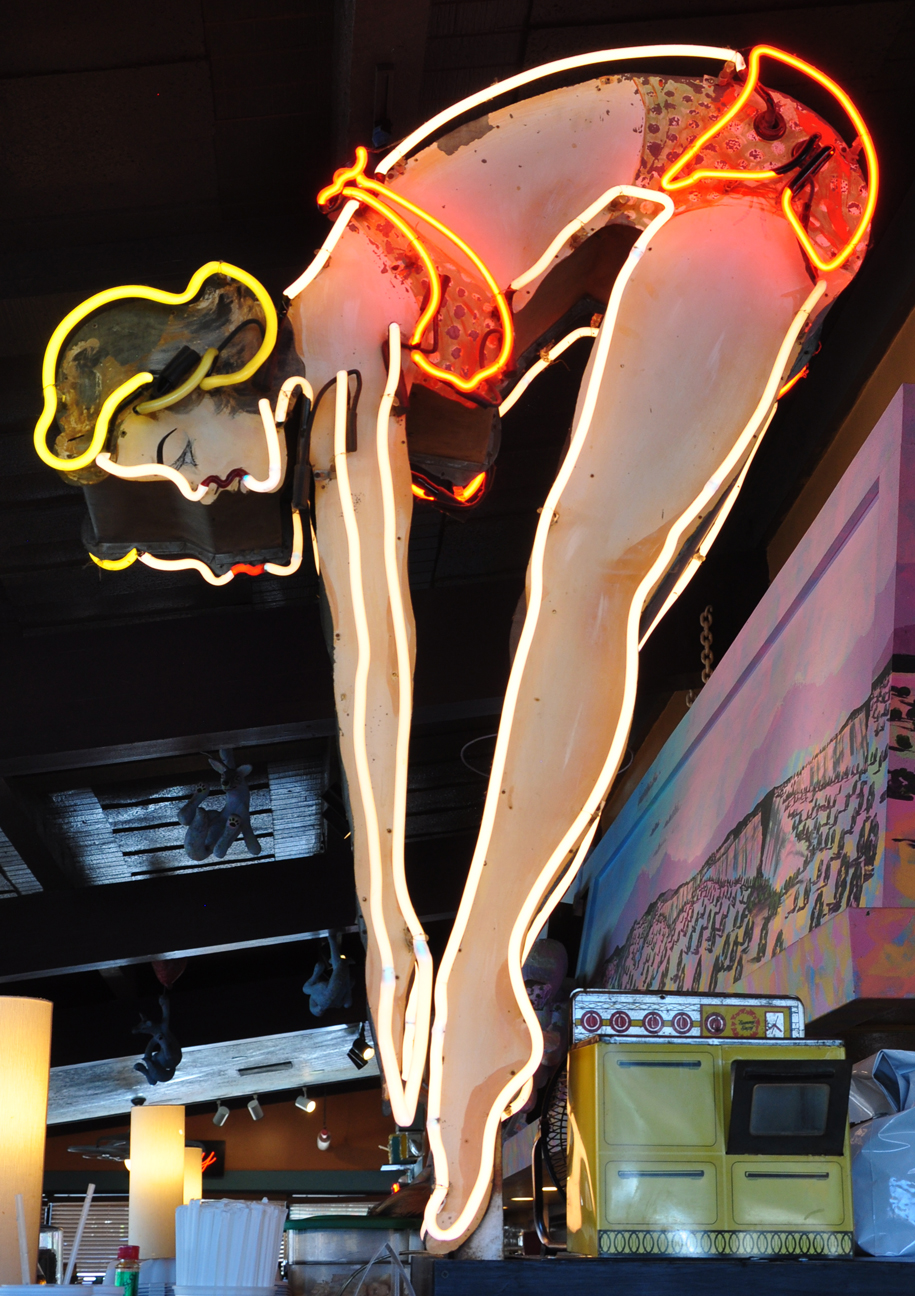 The big deal of the day.  I got to meet a big time collector, Carlos Garcia, who has saved a number of Albuquerque signs.  He also has some non-ABQ signs including the two signs that went for a mint at the Mecum Auction recently:  the Weakley Equipment and Johnson’s Garage signs.  They were sold at the auction and then resold to him.  I didn’t ask the cost!  Carlos and his family own a number of new car dealerships in town.  En route to see some of his signs which are stashed in multiple locations around town, I witnessed some of his tractor collection.  Wow.

A Ferguson tractor sign.  I’ve never seen one of these.  Incredible shape.  Many of the signs that Carlos had in this building are crated while the display space for them is being readied.  He plans on opening some sort of cafe here: 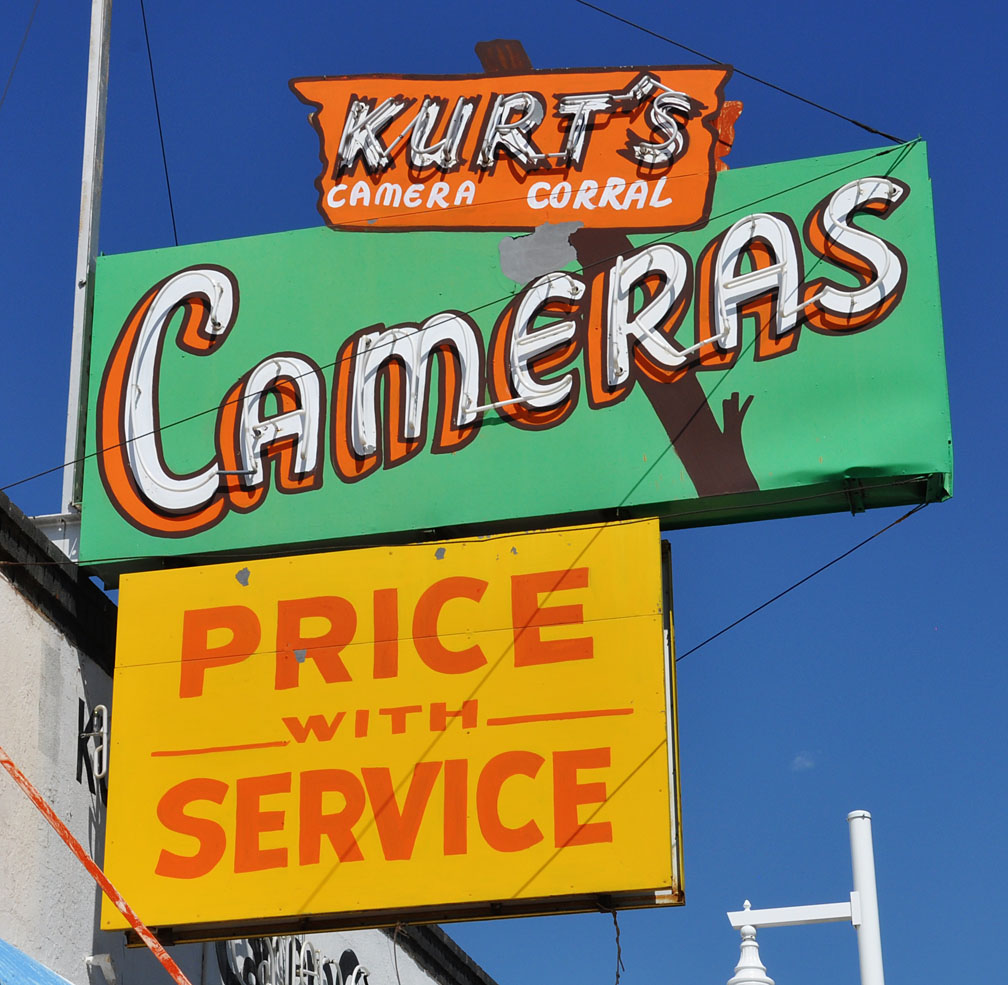 The sign was removed in 2016 and is now part of Carlos’ collection:

Another much-loved sign is the one that was at Rupert Plumbing.  Here’s my photo from 2008:

When the company moved in 2001, they couldn’t get permission to install the sign at the new place.  So the sign stayed in place until Carlos got it in 2016.  He has plans to restore and display it in a small sign park in the next year or so:

Here’s a photo that I took of the Santa Fe Lodge sign in Santa Fe in 2012:

That sign is also now part of Carlos’ collection:

Moving on to two more Albuquerque signs still in place: 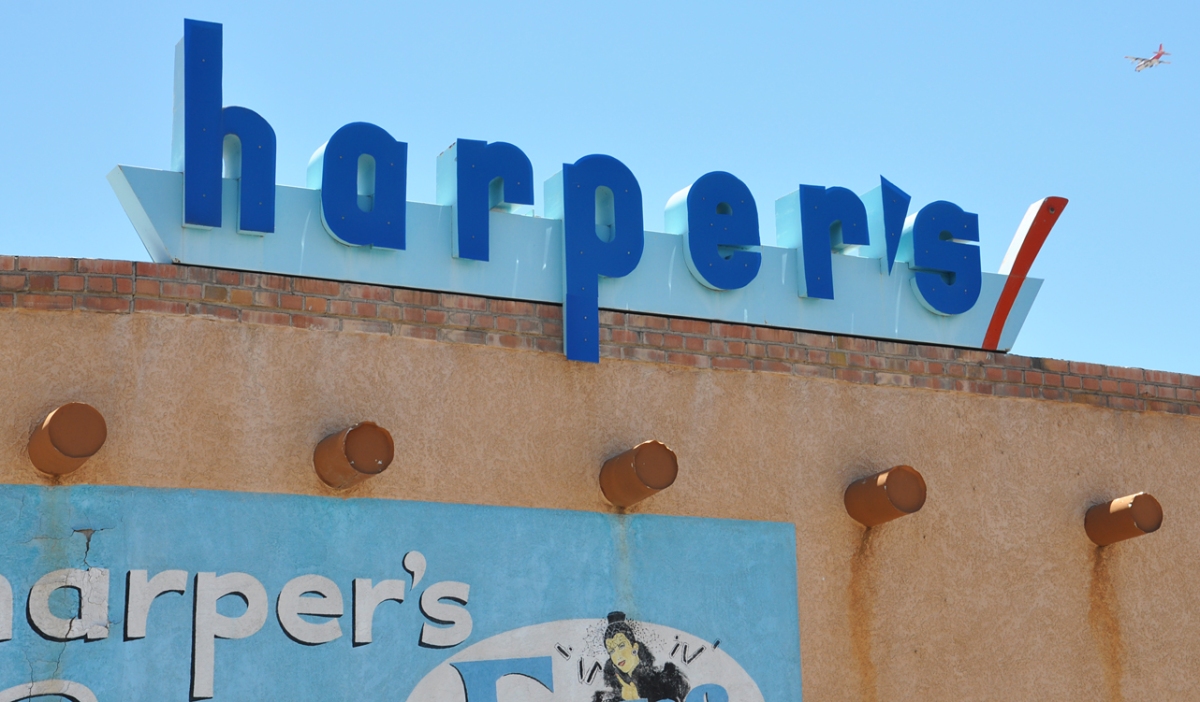 Here’s a trio of signs from Grants:

I know you want a close-up of the above sign: 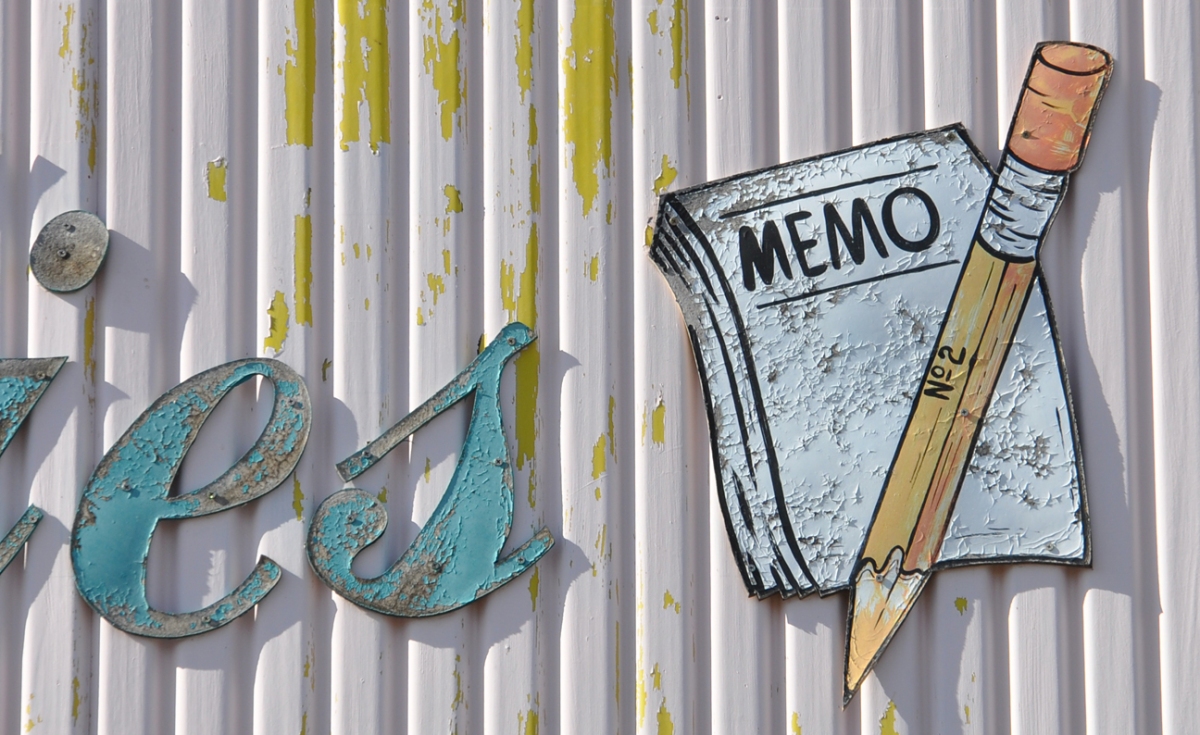 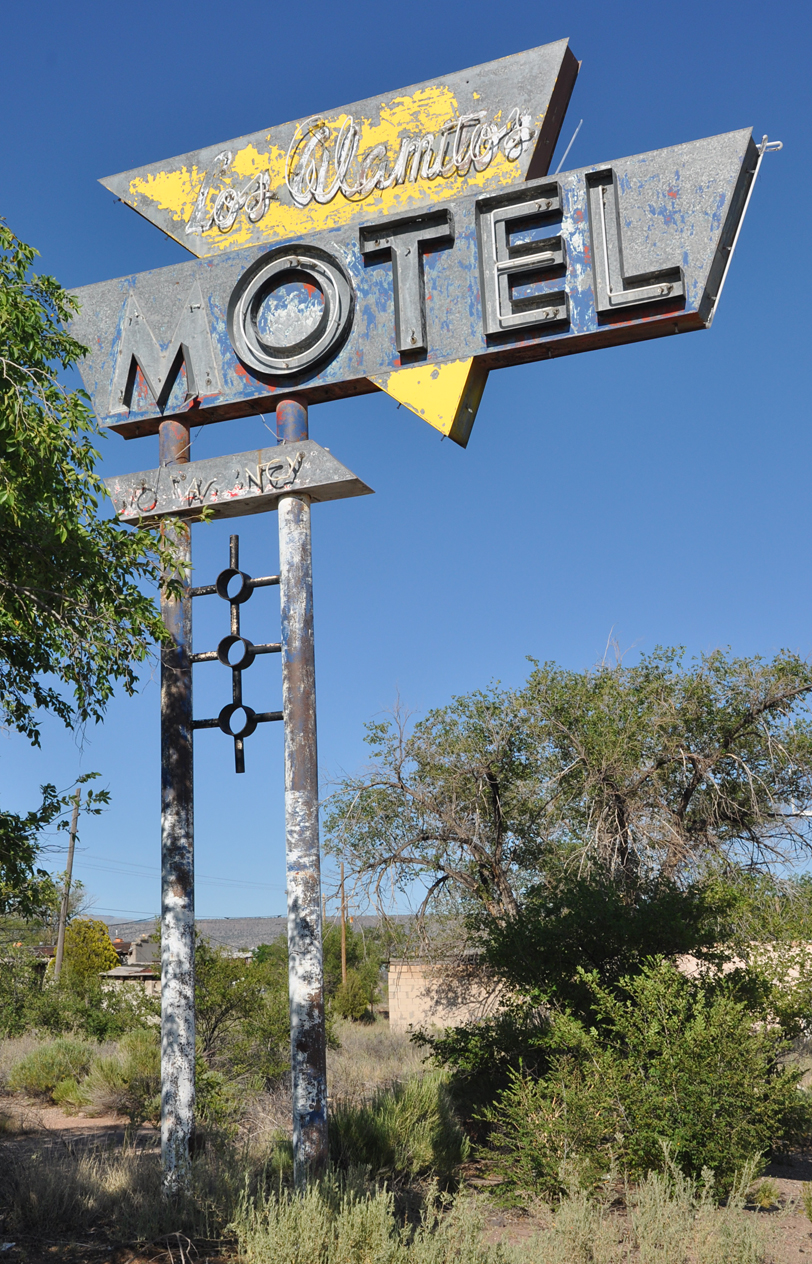 I went to nearby Milan to shoot the unique Dairy Queen sign.  Depressed to see that the DQ had closed and the sign was gone.  At least this monster with slanted poles is still there: 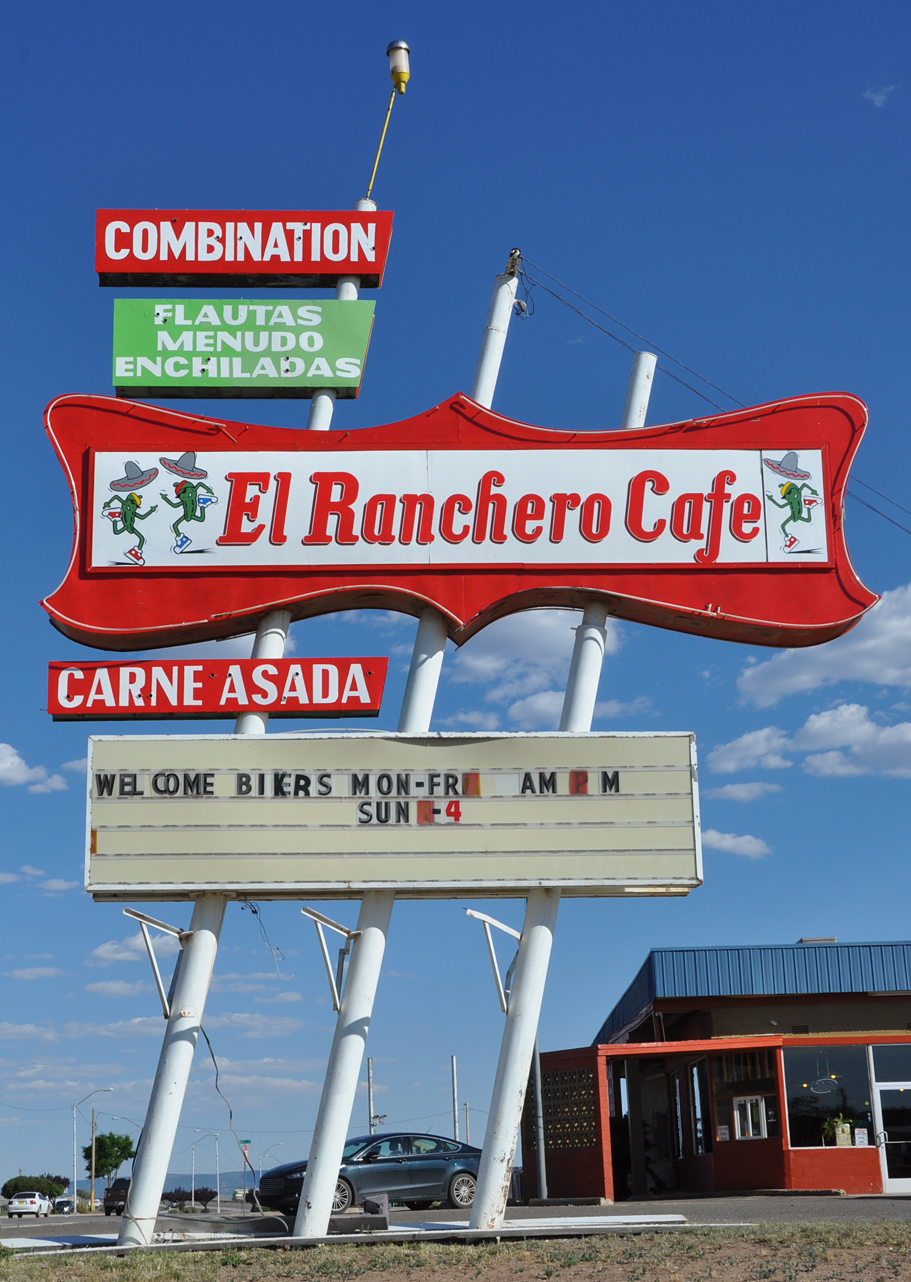 A long drive to Farmington but that AC was working smoothly.  Lucky to arrive at dusk and get some night shots: 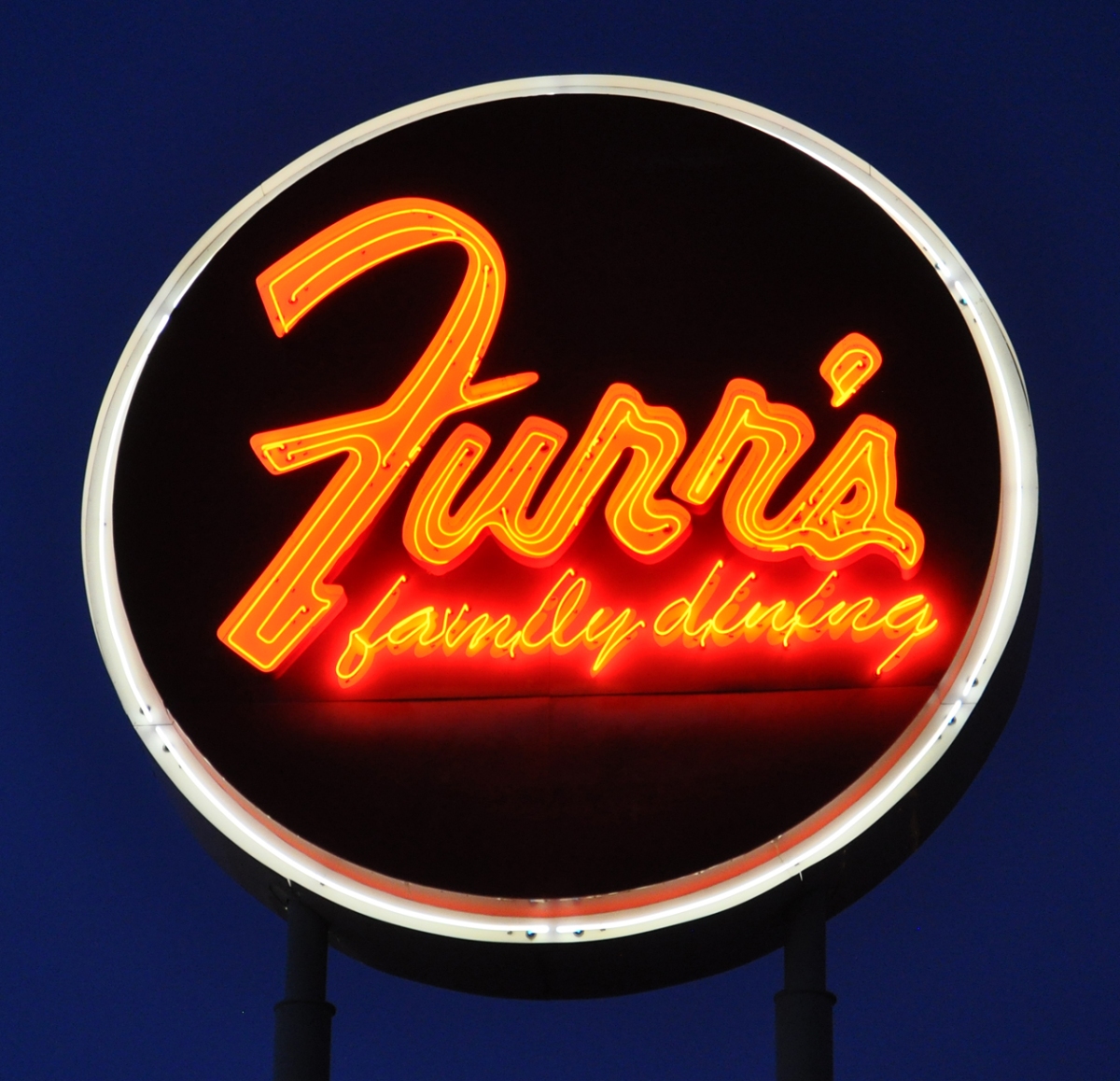 A little more New Mexico and then on to Arizona tomorrow.